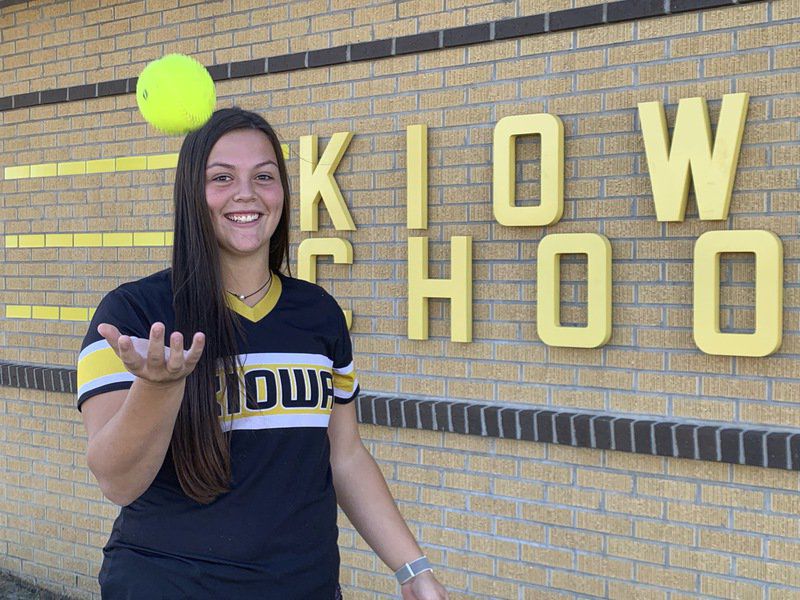 Kiowa's Karlie McCormick finished with a .382 batting average, .457 on-base percentage, five home runs, and 49 RBIs on her way to being named the 2019 McAlester News-Capital Fast-Pitch Softball All-Area Player of the Year. 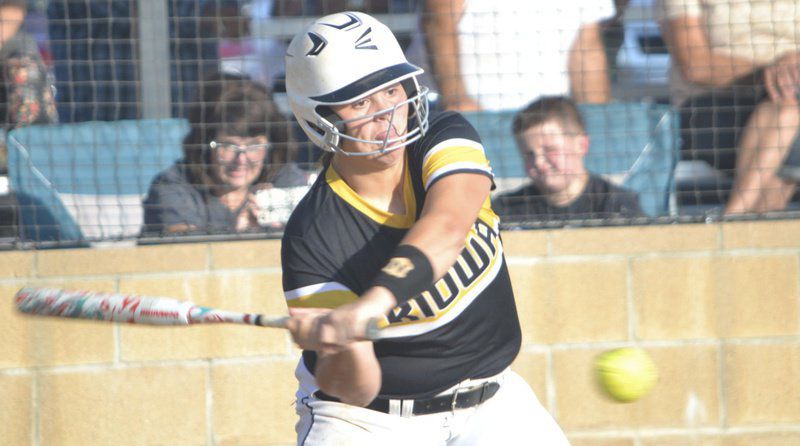 Staff file photoKarlie McCormick helped lead Kiowa to a repeat as the Class B state champions in fast-pitch softball.

Kiowa's Karlie McCormick finished with a .382 batting average, .457 on-base percentage, five home runs, and 49 RBIs on her way to being named the 2019 McAlester News-Capital Fast-Pitch Softball All-Area Player of the Year.

Staff file photoKarlie McCormick helped lead Kiowa to a repeat as the Class B state champions in fast-pitch softball.

Karlie McCormick is living a dream for a second consecutive season.

The Kiowa senior finished this season with a .382 batting average, a .457 on-base percentage, five home runs, and 49 runs batted in to help the Cowgirls repeat as fast-pitch softball state champions — but said it took a while for it to set in for her.

“It was kind of a crazy feeling and I was kind of in shock,” said McCormick, who is the McAlester News-Capital’s all-area fast-pitch softball Player of the Year. “I didn’t really get the whole effect of it for a few days kind of like last time, like it’s a dream.”

The Cowgirls swept Tupelo in the district tournament and took wins of 11-1 and 9-1 against Class B-No. 17 Varnum and 11-0 against Maysville in the regional round.

Kiowa then took an 8-2 win against ninth-ranked Hammon, a 5-3 win against fourth-ranked Vici, and a 6-1 win against sixth-ranked Whitesboro in the state tournament.

“It’s the best feeling, especially to end it with that group of girls,” McCormick said.

The Cowgirls’ two titles had some similarities — McCormick hit a homer in the semifinals each time, the team had the same jersey rotations, and players continued some superstitions.

McCormick said players wrote their numbers and the names of family members in the dirt before each game. Kiowa also believed in their good luck charms, including a buckeye from Kye Stone’s late grandfather and a stick from their batting practice at Dale.

She said the team’s chemistry helped them be so successful.

“We all grew up together and most of us have played on the same team together since we were like in T-ball,” McCormick said.

She said most of the Kiowa players grew up with each other and played on most of the same teams from early in childhood.

McCormick said the Cowgirls made a lot of memories and are close, but one of her teammates was a little closer to her than the rest.

“There’s been so many great times with that team, but having my sister on that team has definitely been a highlight,” McCormick said. “Getting to play with her for one last year was a big part this year.”

McCormick said she plans to play college softball at Eastern Oklahoma State College and is still undecided on a major.