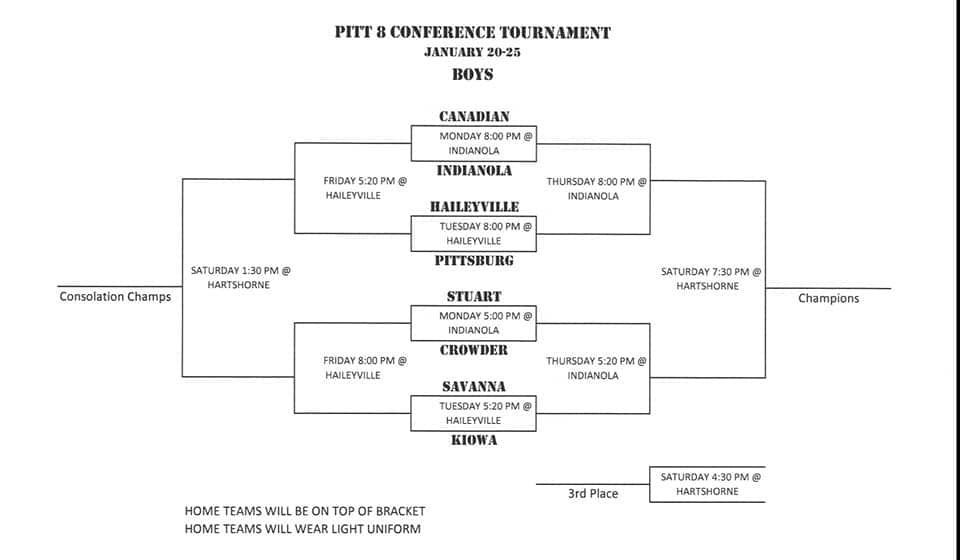 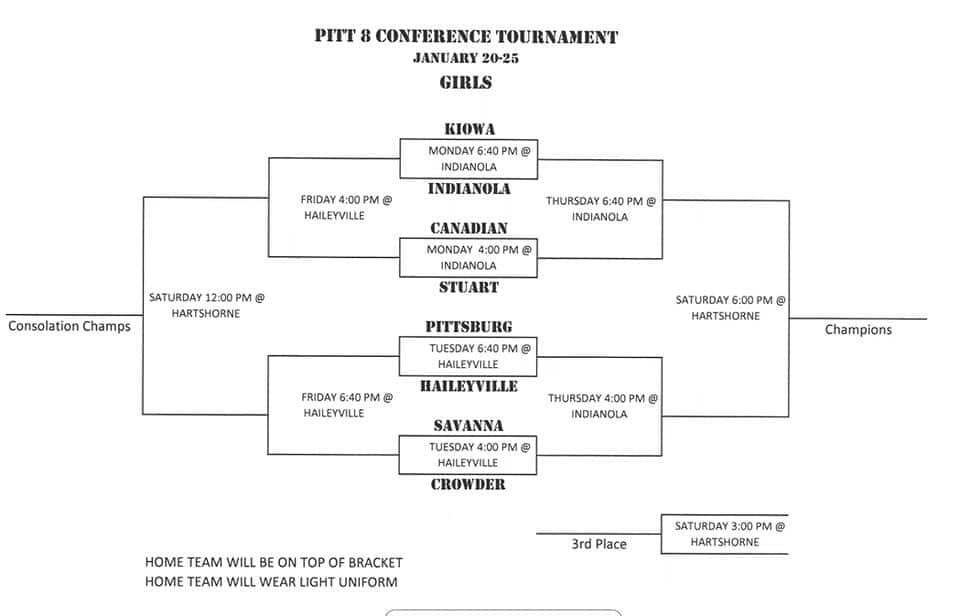 HARTSHORNE — A new year brings changes to the venue for the Pitt 8 Conference.

School officials from Pitt 8 Conference teams expressed concerns with having the conference’s annual basketball tournament at the Southeast Expo Center before deciding to have two schools host games leading up to championship day — set to be held at Hartshorne’s Event Center.

“I really feel like it’s a really good step for the schools and after the atmosphere (during the championship game) it’s going to be a definite change and players and coaches are going to love it,” said Chad Graham, the superintendent at Pittsburg Public Schools and Pitt 8 Conference commissioner.

The new format includes two schools splitting host duties for games on the court days leading up to Championship Saturday at the Hartshorne Event Center. This year’s tournament starts Jan. 20 and ends with games throughout the day on Jan. 25.

Hartshorne voters approved a $7.7 million bond issue for two monolithic domes including storm shelters in November 2015 that included the Hartshorne Event Center, which seats more than 1,500 people and was erected in 2017.

Indianola and Haileyville will split those duties for this year’s tournament, followed by Kiowa and Pittsburg in 2021, Savanna and Canadian in 2022, and Stuart and Crowder in 2023. Graham said the conference does not have plans to return the tournament to the Expo Center.

Indianola will host this year’s tournament games on Monday and Thursday, Haileyville will host Tuesday and Friday, and the Hartshorne Event Center will host all games on Championship Saturday.

Graham said school officials from the conference in years past expressed interest in getting “a piece of the pie” from concessions and were concerned with floor conditions at the previous venue.

After Hartshorne completed construction of its event center and hosted postseason tournaments, Pitt 8 officials decided they could change the format for this year’s tournament.

“At the Expo, it was great for visitors, but it was so big there was no atmosphere and it wasn’t doing much good for the kids,” Graham said.

Pittsburg County sheriff’s deputies will be at each conference games and school administrators in attendance will help handle unruly fans and other situations.

“We want this to be a good tournament and the Pitt 8 Conference is well respected and we want to keep it that way,” Graham said.

First-round games will start at 4 p.m. Jan. 20 at Indianola with more first-round action to follow on Jan. 21 at Haileyville.

Semifinal games will be played Jan. 23 at Indianola, followed by consolation semifinals on Jan. 24 at Haileyville.

“Our conference basketball has gotten better from top to bottom in recent years,” Graham said.

Sorry, there are no recent results for popular articles.