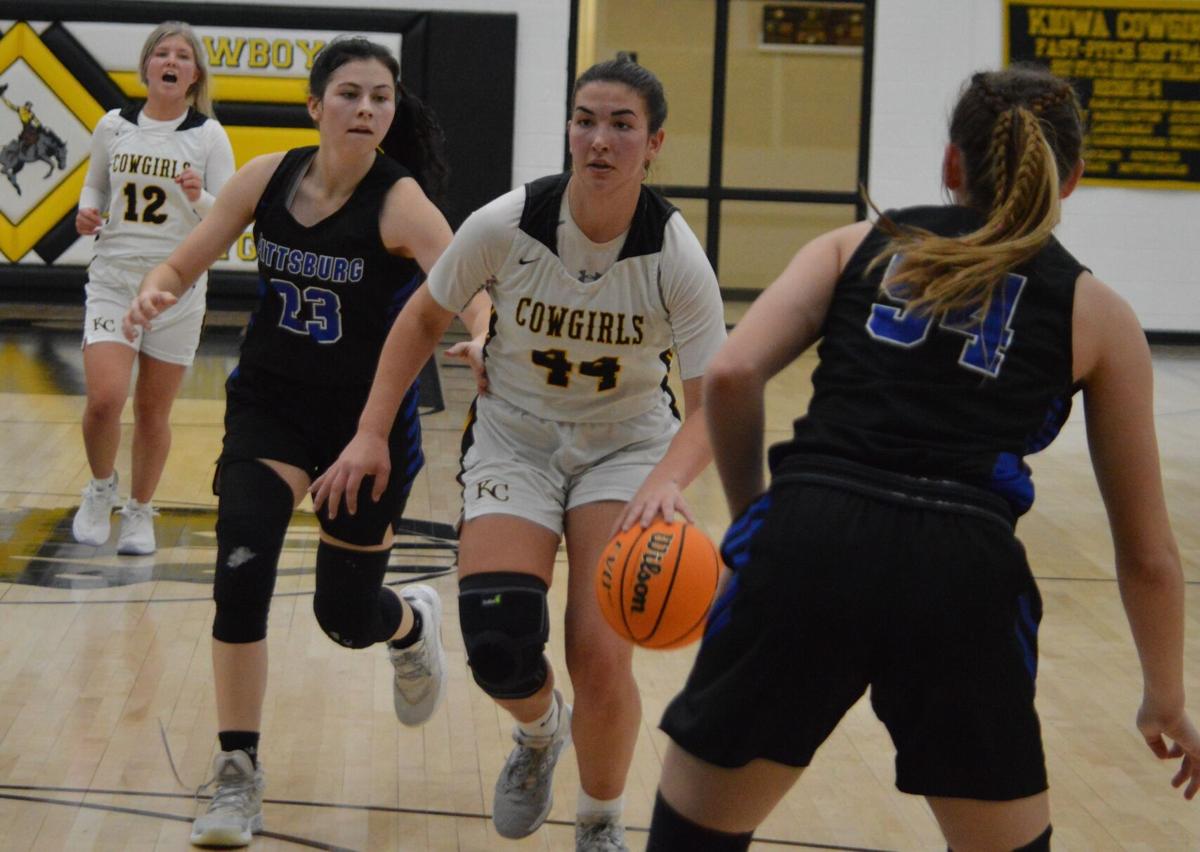 Kye Stone led the way in scoring to help push Kiowa to the Pitt 8 Championship win. 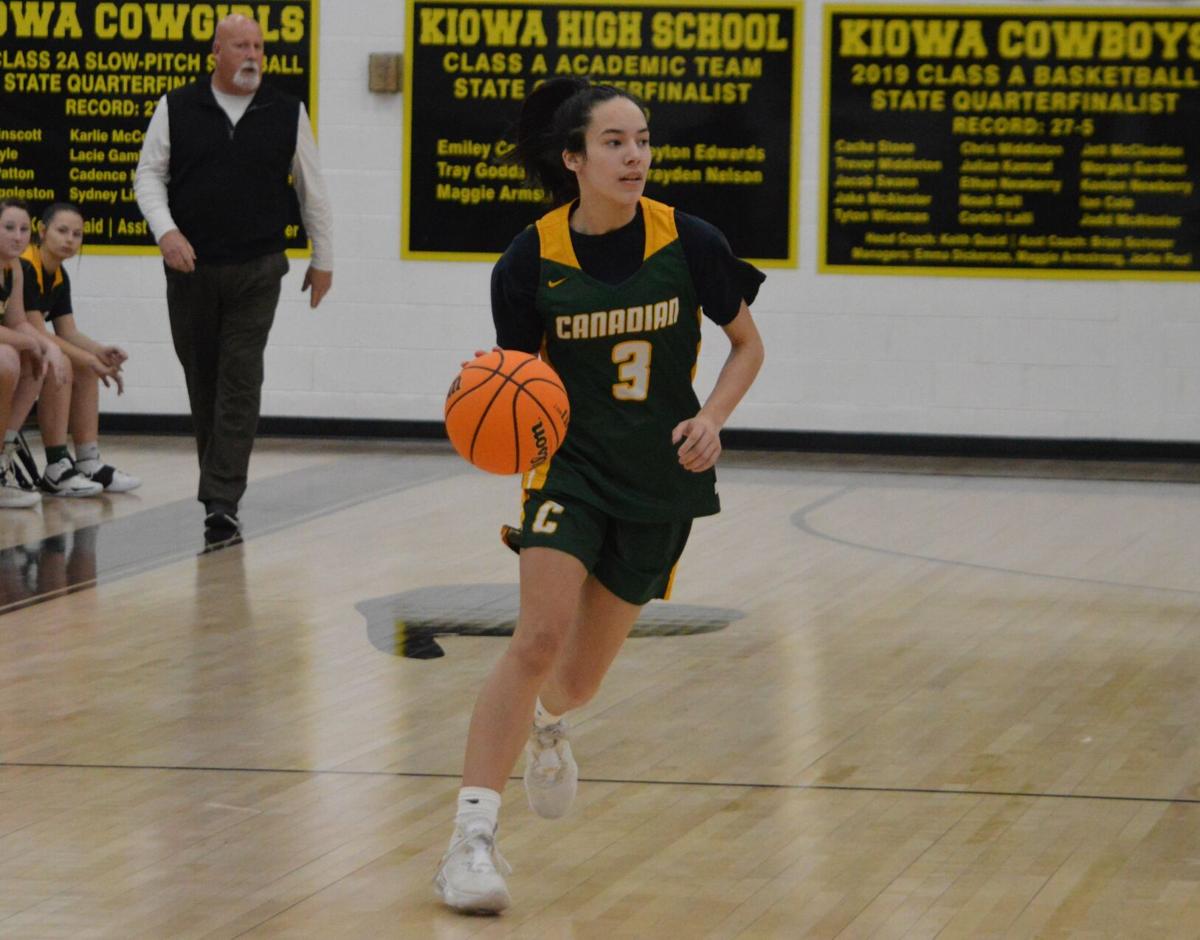 Canadian took home third place in the Pitt 8 Conference Tournament with a win over Stuart.

Kye Stone led the way in scoring to help push Kiowa to the Pitt 8 Championship win.

Canadian took home third place in the Pitt 8 Conference Tournament with a win over Stuart.

The ladies left it all out on the floor.

Kiowa and Pittsburg renewed their rivalry in the Pitt 8 Tournament championship game on Saturday, with the Cowgirls taking home the title with a 67-57 hard-fought win.

Coach James Pannell after the game said his team was excited to get the win, but that their work was just beginning.

"They're joyous, they're excited. But this group also has big goals in mind," he said. "This was a mini-goal that we had in the middle, and it's nice to reach that."

In the first quarter, the Lady Panthers wasted no time in getting to work. Catyn Graham led the charge as Pittsburg nailed six first quarter threes to lead 22-11 after the opening period.

The following quarter, it was the Cowgirls’ turn to go on a big scoring tirade. Kiowa rattled off a 16-7 run to head into the locker room with Pittsburg leading 29-27 at the half.

In the second half, the Lady Panthers added a pair of free throws to try to extend their lead, but the Cowgirls responded with an arcing triple by Keely Couch to gain the first lead of the night for the Cowgirls at 32-31.

Paege Kinsey responded by attacking the basket, and was fouled on a made shot. She sank her ensuing foul shot to retake the lead for Pittsburg.

Fans sat on the edge of their seats as each team battled to stay out front of the other. Another triple from the Cowgirls put them ahead 43-40 after three quarters.

After Kiowa jumped out to a lead in the final frame, Pittsburg came battling back to tie the game. But a long shot from the left wing was drained by Ella Stone to create space once again.

That ignited a scoring run for the Cowgirls, who jumped out to a 10-point lead with just minutes remaining. Kinsey responded to the scoring run with a three-point shot for the Lady Panthers, cutting into the Kiowa lead.

But the Cowgirls had created enough space, pushing themselves to the win and conference crown.

Pannell complimented the Lady Panthers on the way they came out and played, and said his Cowgirls also did a good job of not getting rattled and playing until the final whistle.

"Pittsburg came out, and they're good shooters. And we made defensive mistakes, and they knocked down shots when we did to put us in a hole," Pannell said. "We talk about the character of our kids, and they're tough-minded and competitors...they're a talented group of girls."

Kye Stone finished with 34 points for the Cowgirls, followed by Audrey Johnston with 11 points, and Couch with nine points.

Catyn Graham finished with 17 points for Pittsburg, followed by Camryn Graham with 16 points, Trinity Wiseman with 13 points, and Kinsey with 11 points.

Here are complete scores from the 2021 Pitt 8 Tournament:

Billy Thomas Ford, 82, of Krebs, passed away on Saturday, February 20, 2021 due to complications related to COVID. Graveside services will be 2:00 p.m. Tuesday, February 23, 2021 at Savanna Cemetery Pavilion.