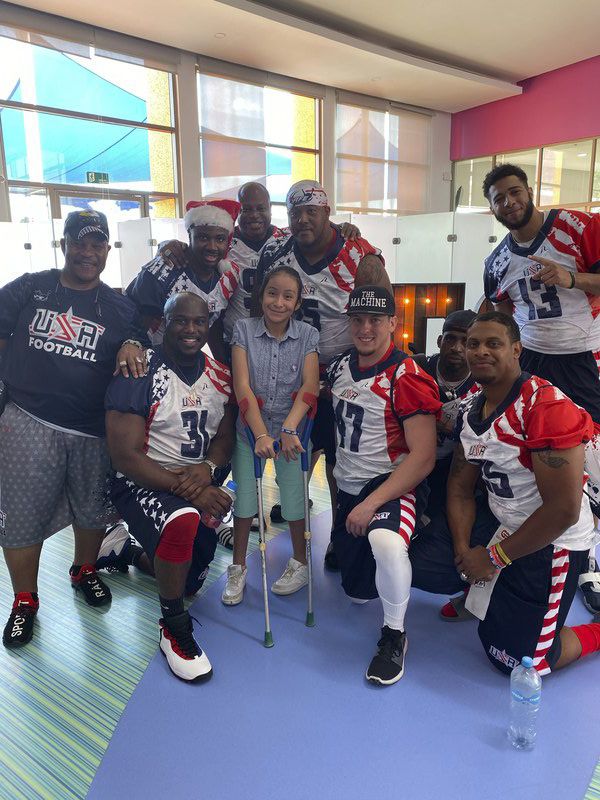 Submitted photoKeegan Linehan and American Football Events teammates pose with a fan at the Children’s Rehabilitation Institute of Teleton. 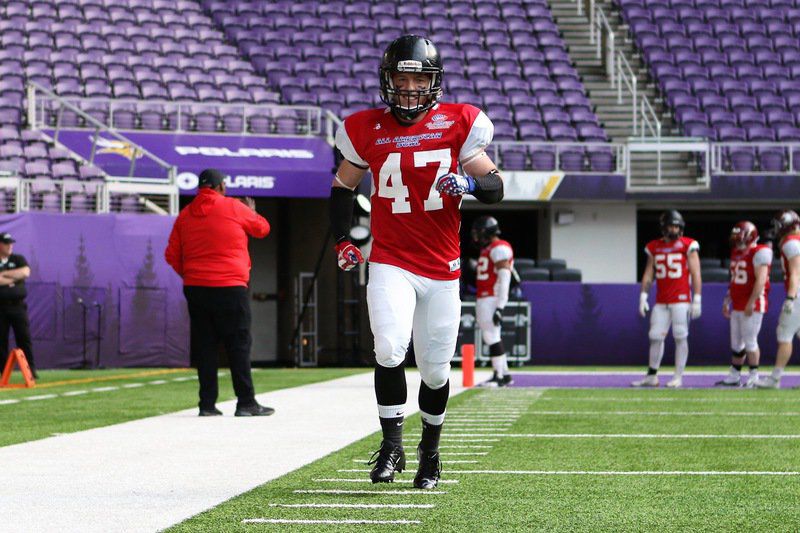 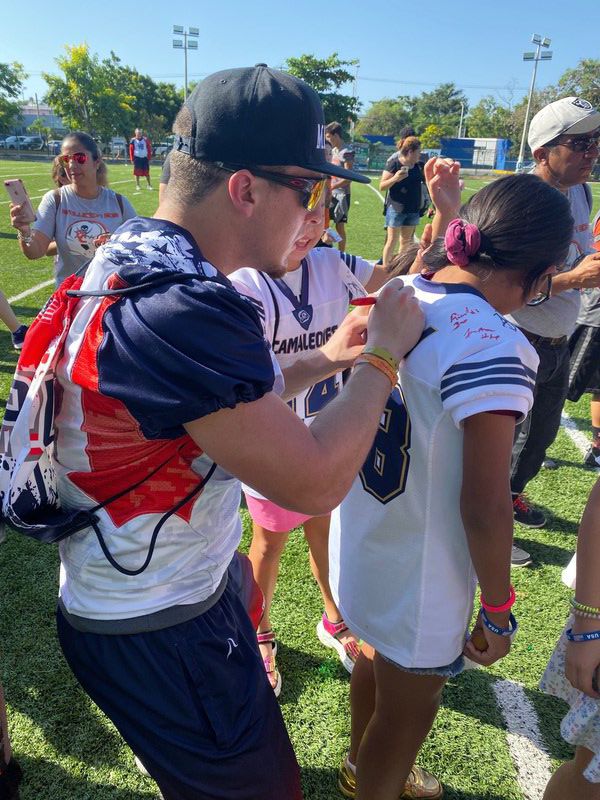 Submitted photoKeegan Linehan and American Football Events teammates pose with a fan at the Children’s Rehabilitation Institute of Teleton.

A McAlester graduate continued his football career with a couple of bowl games.

Keegan Linehan, a 2012 McAlester graduate, played in the American Football Events Carribean Bowl and the Gateway All American Bowl in Minneapolis in December and has more football opportunities coming soon. He said the experience was enlightening — especially as he stepped onto the field at U.S. Bank Stadium, the home of the Minnesota Vikings.

Linehan said he helped the Stars take a 33-6 win against the Stripes after just one day of practice together as a team.

He played special teams and started at safety, finishing the game with one solo tackle, two assisted tackles, including one for a loss.

Linehan also helped Team USA take a 29-12 win against the Caribbean Football League All Stars on Dec. 14 in the AFE Caribbean Bowl in Mexico. AFE invites athletes to participate in the events before they game plan and prepare for game day.

He was nominated as a team captain before practicing at rover — a hybrid safety/linebacker position — and playing cornerback during the game. He finished the game with a pass deflection and two tackles, and said learning cornerback was a challenge.

“But I did whatever the team needed help with,” Linehan said of playing in the AFE event.

The athletes participating in the event also did some community service on the trip.

Linehan and other players visited children with disabilities Children’s Rehabilitation Institute of Teleton, in addition to hosting a football camp for children in the area.

“It was a pretty neat thing being able to do all of that,” Linehan said. “As a kid I always wanted to get an autograph from a pro athlete and it felt good because I was the one giving them my undivided attention — and putting a smile on their face puts a smile on my face too.”

After graduating from McAlester, Linehan played for the Avala Golden Bears in Bor, Serbia, in 2017, and went on to play AFE events in Nashville and Virginia Beach.

He is a trainer at the McAlester Regional Wellness Center, where he works with individual clients and teaches several fitness classes.

Linehan said he is preparing to play in the North American Bowl, the USFA AAA National Championship, and the AFE Yucatan Classic Arena Bowl in the coming months.

“I just love to keep going,” Linehan said. “Just being able to play again is great because I’m only 25 years old and being a free agent it’s tough to get a football job.

“I just want to keep playing and if anything big comes up, decisions will be made, but I’m doing just fine doing what I’m doing now because I can play occasionally and I have a full-time job,” Linehan said.