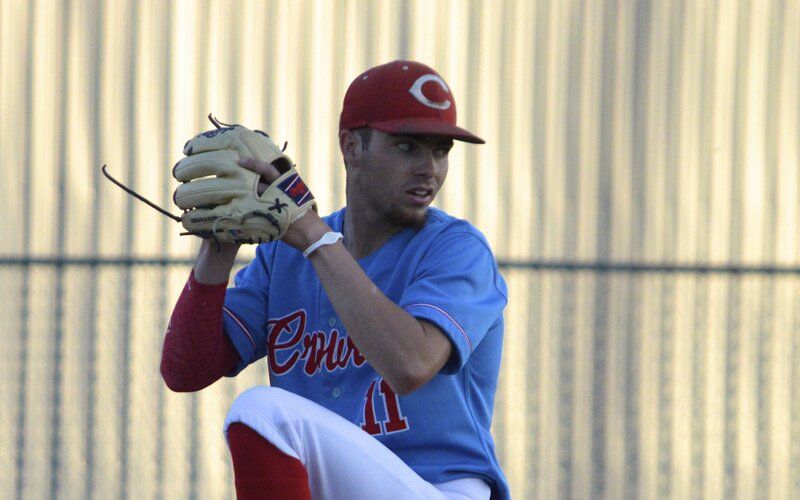 DEREK HATRIDGE | Staff file photoCrowder's Jayden Meaux said he made the most of his senior season, enjoying the ride on his way to being named the 2021 McAlester News-Capital Spring All-Area Baseball Player of the Year. 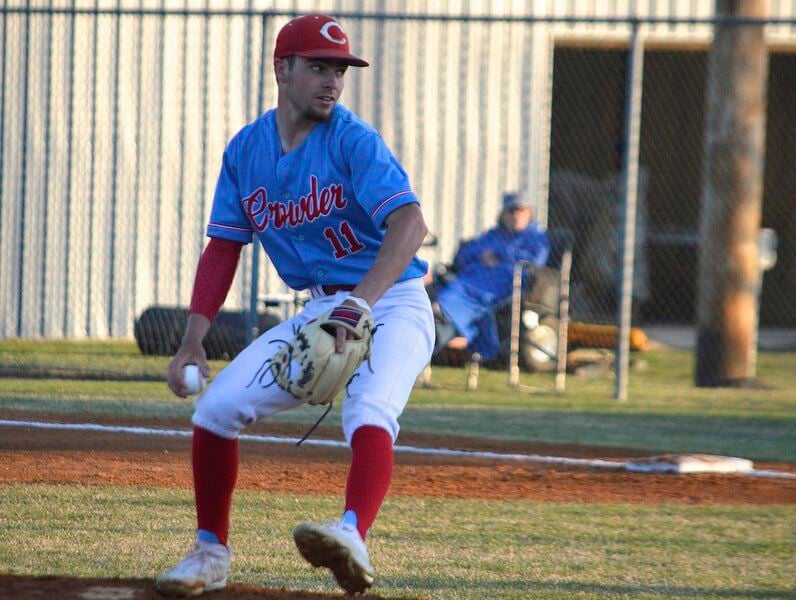 DEREK HATRIDGE | Staff file photoCrowder's Jayden Meaux said he made the most of his senior season, enjoying the ride on his way to being named the 2021 McAlester News-Capital Spring All-Area Baseball Player of the Year.

Jayden Meaux has spent his final days in a Crowder uniform this past season, and said he wasn’t sure exactly when it all was going to end.

“I just kind of played every day like it was going to be the last,” he said. “Because you didn’t know if COVID would hit. You just had to grind.”

Meaux did his part to work and grind throughout the season, finishing with a .519 batting average, .631 on-base percentage, 45 runs, 23 RBIs, two home runs, and threw 54 strikeouts on the mound for the Demons — with his work leading to being named as the 2021 McAlester News-Capital Spring All-Area Baseball Player of the Year.

Crowder finished with a record of 22-7, with championships in both their district tournament as well as within the Pitt 8 Conference. Meaux said going out on top as the top team was an exciting way to finish up his last conference tournament.

“It was pretty cool. We won it the year before last also,” he said. “It’s a good feeling…this last time, more than ever.”

Thinking back on his career as a whole, several games come to mind for Meaux, including his final high school postseason tournament as the Demons battled in regionals.

But now Meaux is looking forward to the next step in his life. He will be attending Southeastern Oklahoma State University in the fall, where he has already signed on to compete for the school’s college fishing team with fellow Crowder grad Taylor Keener.

Meaux said it’ll be exciting to start the new chapter, and get to regularly test the waters at Lake Texoma.

“That’s one of my favorite lakes,” he said. “Just spend time out there with friends, talk to your buddies, catch fish. It’s good to get out on the water.”

Meaux wants to major in physical education, with the dream of coaching baseball himself post-graduation.

But the freshly-graduated senior said he also had some people to thank for getting him to this point, specifically those that raised him.

“My parents, for sure. They did everything really. Every showcase I wanted to go to, they made sure I was there to do it,” Meaux said. "Anytime I wanted to go hit late at night, they’d let me go. They were all for it, and never missed a game.”

And to the next generation of players that will be coming up behind him, Meaux advised they live in the moment and enjoy the ride before they too move into their next chapters.

“Live it up. It goes fast,” he said. “People always told me that…and now it hit me and it’s over. It goes fast.”