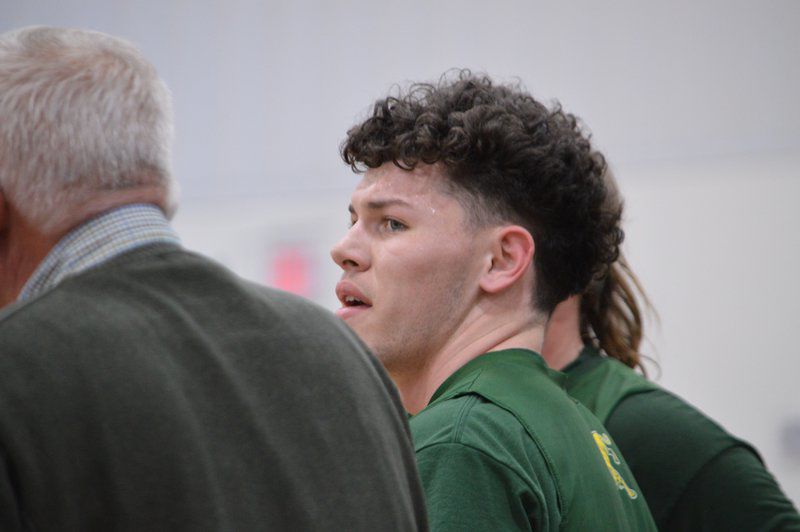 DEREK HATRIDGE | Staff photoCarson Thompson listens intently during a timeout. The Canadian senior led the way for his team on the way to a 24-5 season. 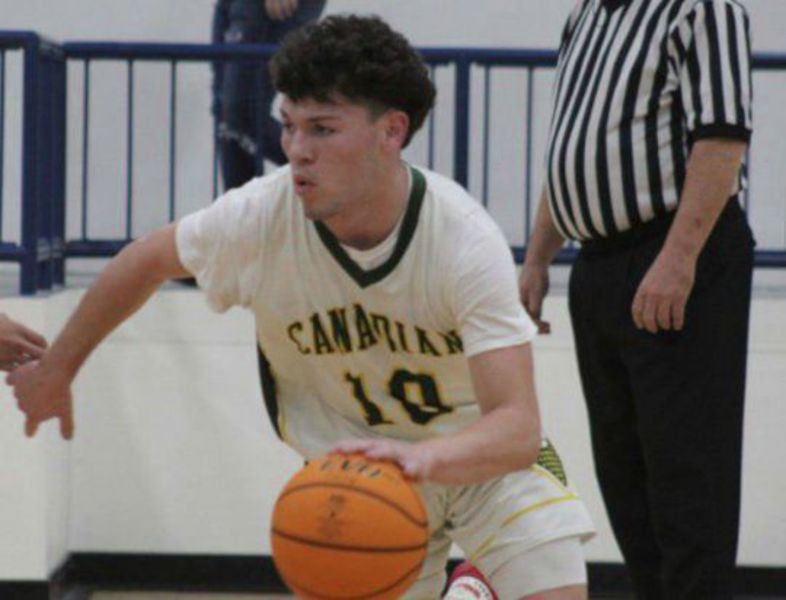 DEREK HATRIDGE | Staff photoCarson Thompson listens intently during a timeout. The Canadian senior led the way for his team on the way to a 24-5 season.

After wrapping up a memorable final football season, Carson Thompson shifted his focus to his last basketball campaign.

Thompson said that at the beginning of the season, the Cougars set some lofty goals.

Thompson helped lead the charge for his team, and the hard work started to pay off in a big way. Averaging 26.4 points, 9.1 rebounds, 3.2 assists, and 2.1 steals per game, the senior pushed his team forward through the season.

Canadian won the Pitt 8 Conference championship for the first time since 2002, and things looked to be clicking at the right time for the Cougars.

"It was fun. I liked playing at Hartshonre at the finals,” Thompson recalled. "It was loud, and a lot of people there. It was fun to play in that atmosphere.”

Just one week later, Thompson continued his historic run as he forever put himself in the record books.

During a game on the road at Indianola, Thompson scored his 2,000th career point, and was met with a loud roar from both fans and teammates.

Thompson would go on to finish his career with a total of 2,431 points.

When playoff play arrived, Thompson and his team were ready to make a run. They became district champions over Oktaha, setting up a tough opening regional matchup with Talihina.

The Tigers took the win over Canadian, but Thompson said his team refused to quit. The battled back through to set up a rematch with Talihina for a state ticket, where the season came to an end for the Cougars.

"Obviously, it was disappointing. (But) I had no regrets,” Thompson said. "I feel like we played well. I was proud of how it went.”

Looking forward, Thompson said that although he’s received a few offers, he thinks it’s time to retire from sports.

He plans to attend college and major in business administration, with the goal of becoming a hospital administrator. He even plans on shadowing the position at McAlester Regional Health Center this summer.

But Thompson said he’ll forever remember the milestones he reached while playing sports. But more importantly, he’s grateful for the time with his friends, teammates, and teachers at Canadian.

"Thanks for all the memories, the four years, and glad we could leave our mark on sports and the school,” Thompson said. "Proud of every teammate and classmate for making their mark on the school.”