McAlester getting $1 million to help with COVID relief 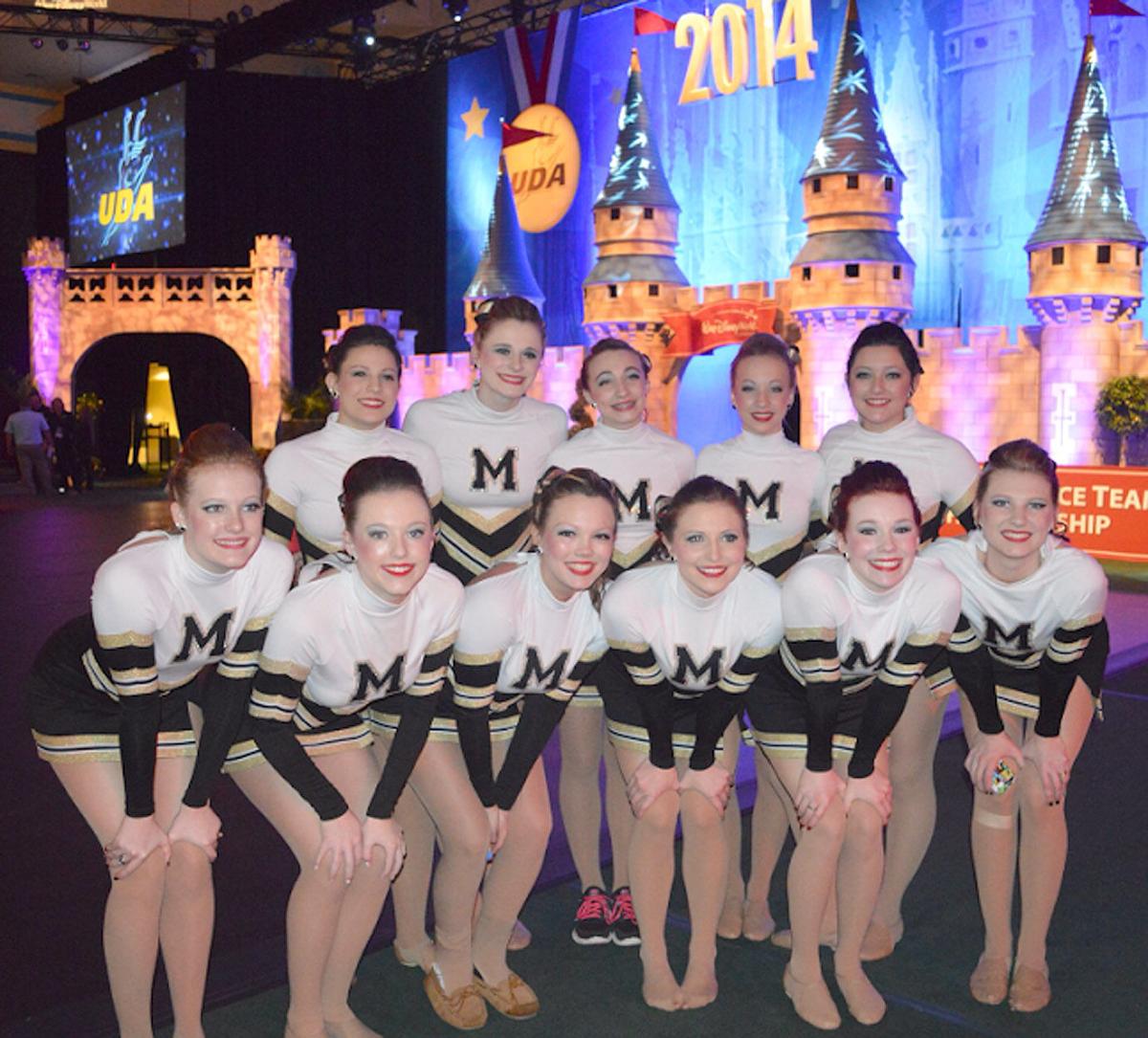 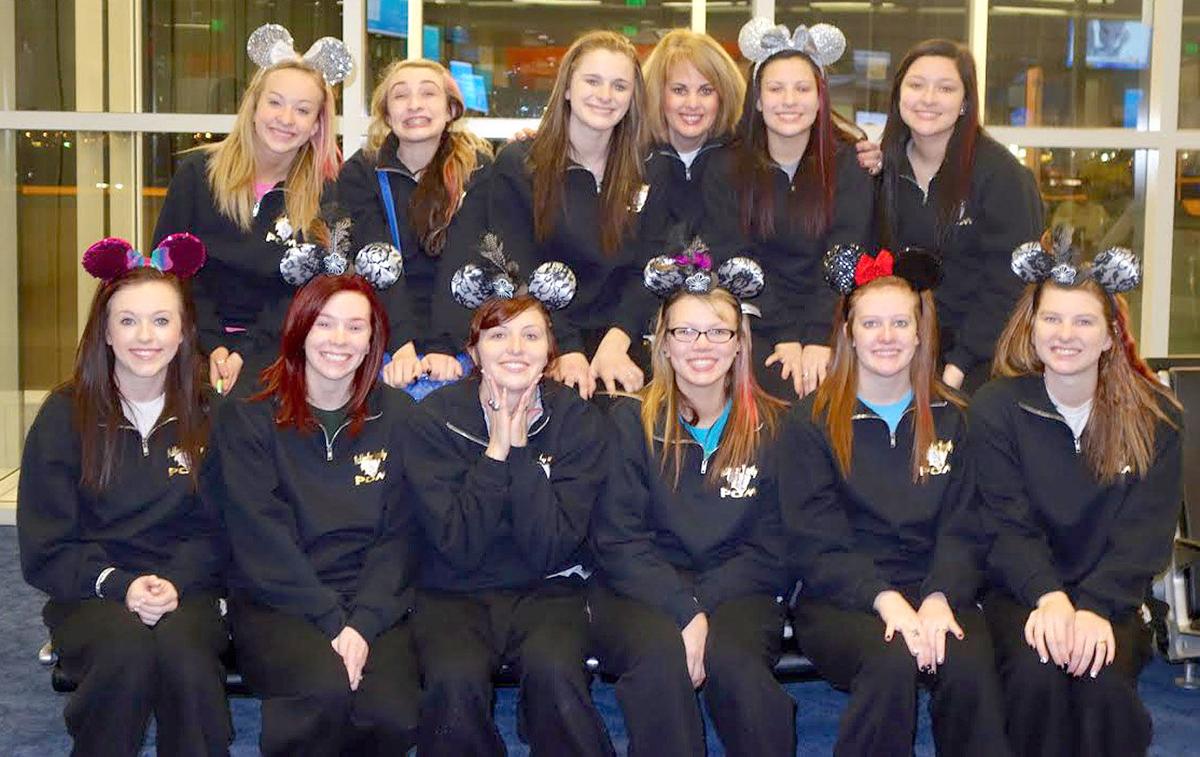 Getting ready for the 2014 National Dance Team Championships on Feb. 1 at Walt Disney World Resort in Orlando, Fla., McAlester’s pom squad dons its MIckey Mouse ears while waiting at Dallas/Fort Worth International Airport.

Getting ready for the 2014 National Dance Team Championships on Feb. 1 at Walt Disney World Resort in Orlando, Fla., McAlester’s pom squad dons its MIckey Mouse ears while waiting at Dallas/Fort Worth International Airport.

McAlester’s pom squad competed in the National Dance Team Championship, which took place Feb. 1-2 at Walt Disney World Resort in Orlando, Fla. The Lady Buffs didn’t make the semifinals in either the pom or hip hop categories, but coaches Yvonne Allford and Kacyn Haney said they were close.

In the pom category, they were very close.

“They the missed the semis in pom by 0.44 — less than half a point,” Allford said Saturday.

“It’s so subjective. ... You never know what judges are going to like.”

Allford said rain in Orlando prevented the Lady Buffs from practicing as much as they would’ve liked.  But despite a lack of practice, she said the Lady Buffs still performed their routines the best they have all season.

Choreographer Whitney Nelms accompanied Allford and the Lady Buffs. Although they performed the hardest routine they’ve ever done, Allford said judges’ comments included the suggestion that the routine could’ve been even tougher.

“I think where that comes from as a judge is you see a team do something really well, like they execute a quad-turn really well, you want to see more of that style of stuff, more high-level stuff,” Haney added. “And so I think maybe as a judge, they might’ve been like, ‘Oh, well this team can do quads. They should be able to do more.’

“And we just perfected what we did. ... You don’t want to put them out there and make them look sloppy.”

While the Lady Buffs had a chance to get to the semis in pom, advancing in the hip hop competition would’ve been much tougher.

“Only 12 (teams) in hip hop went to the finals,” Allford said. “Of the 12, six in the nation came out of our group. So we were really, truly, to start off in the preliminaries, in the hardest grouping to get out of. ... So we kinda felt like it was going to be hard to get out of (group) D.”

Though McAlester couldn’t make it to the second day of competition, Allford still called the season a success. The Lady Buffs peaked at the right time of the season, she said, and returned from Orlando without suffering any injuries.

This was Allford’s first season as head pom coach.

“It’s been hard to manage a group of six seniors and six underclassmen, because they’re established,” Allford said. “They’re set in their ways. The hardest thing, I think, was trying to make them believe in something you wanted to change.”

With their competitive season over, Allford said the Lady Buffs will now split their practice periods between training and volunteering in the community. Allford said she’ll also encourage her team to continue going to McAlester games in the winter and spring, even if the Lady Buffs are unlikely to perform as a squad.

“I’ve called the elementary schools,” Allford said. “They’re going to go and do some volunteer work and do some reading with the younger kids.”

Pom dancers need to try out every year. But considering many describe their first tryout as a scary experience, having done so at least once before definitely gives this season’s underclassmen a leg up on any rookies looking to join the team.

“We’d like to see the seniors help prepare the underclassmen for the next year,” Haney said.

“It’s part of their offseason, is to help prepare for the next season.”

Tryouts for the 2014-15 pom squad will take place March 28 at Bob Brumley Gymnasium.

Dalton Lefate Adkins, died at home in Houston, Texas on March 23. He was born at home in Jackfork, Oklahoma on December 10, 1947. He was the 8th of 11 children. He retired after 32 years with Phillips Conoco as a Geological Engineer. Survivors include a son, Matthew Dalton Adkins; three sist…