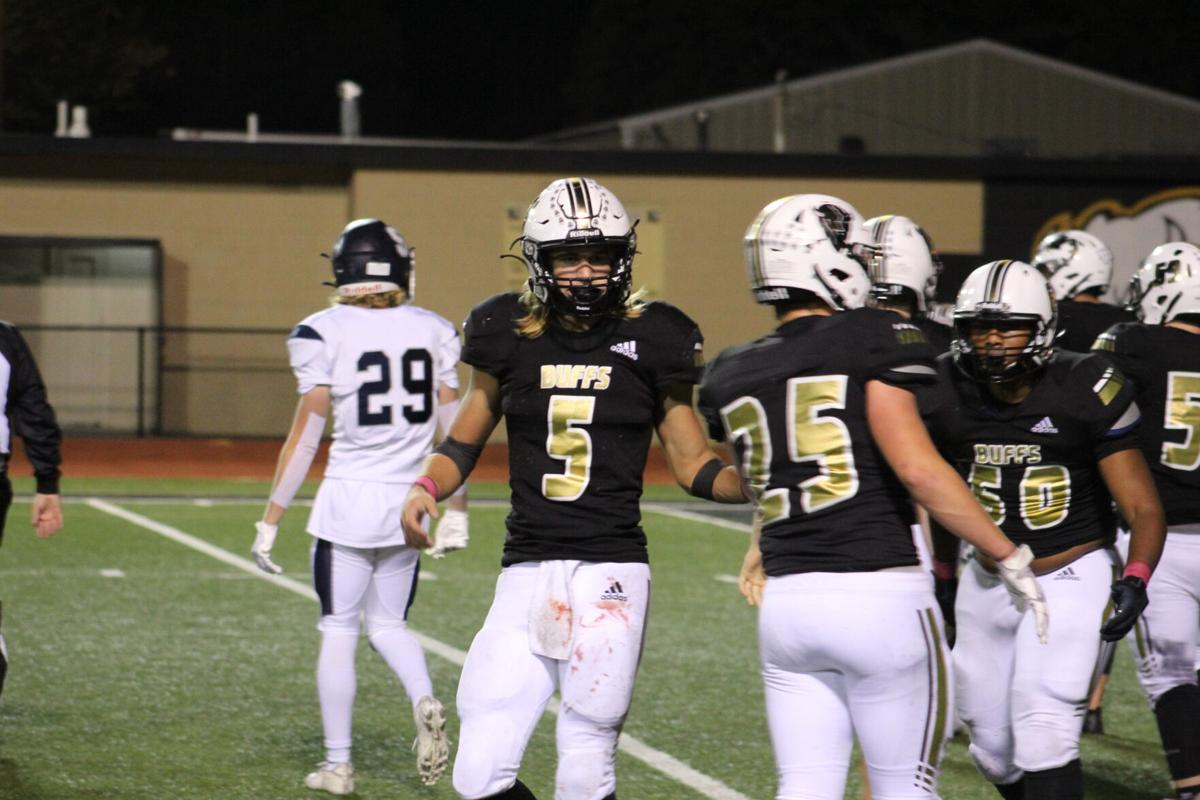 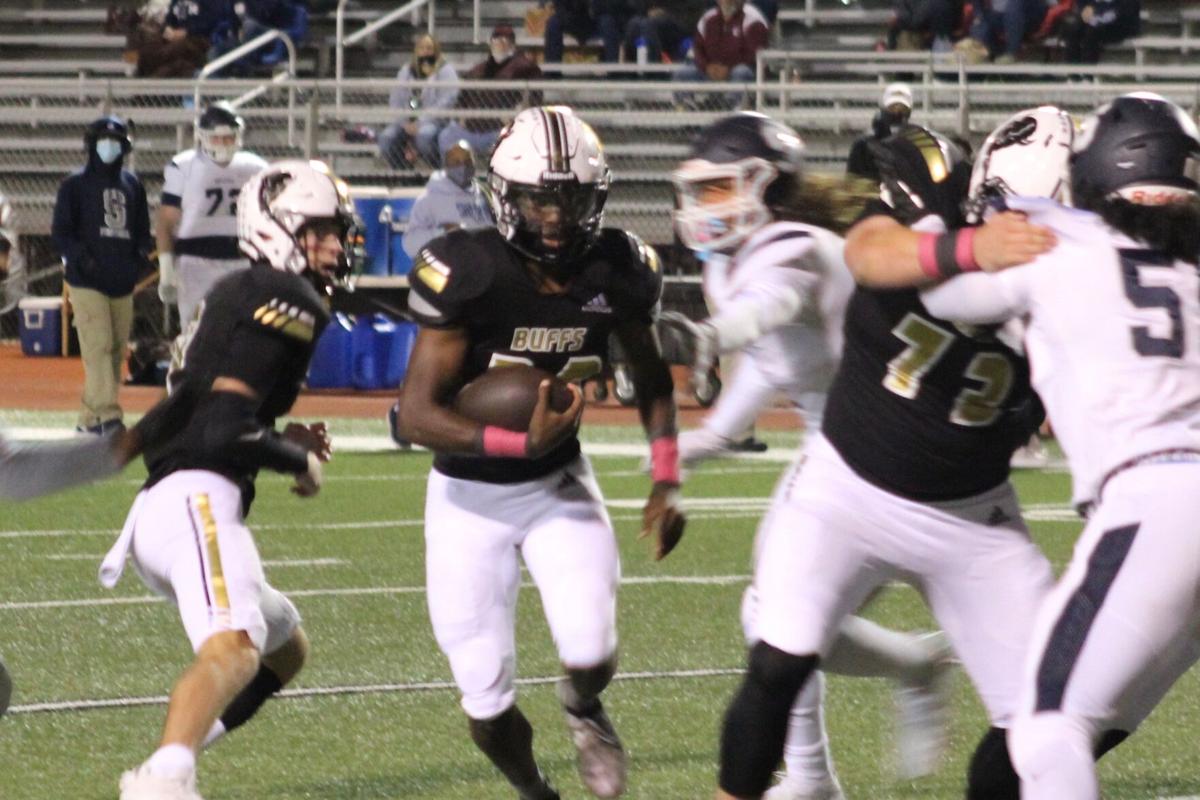 The McAlester Buffaloes got their offense rolling early in their Oct. 30 matchup against Shawnee. 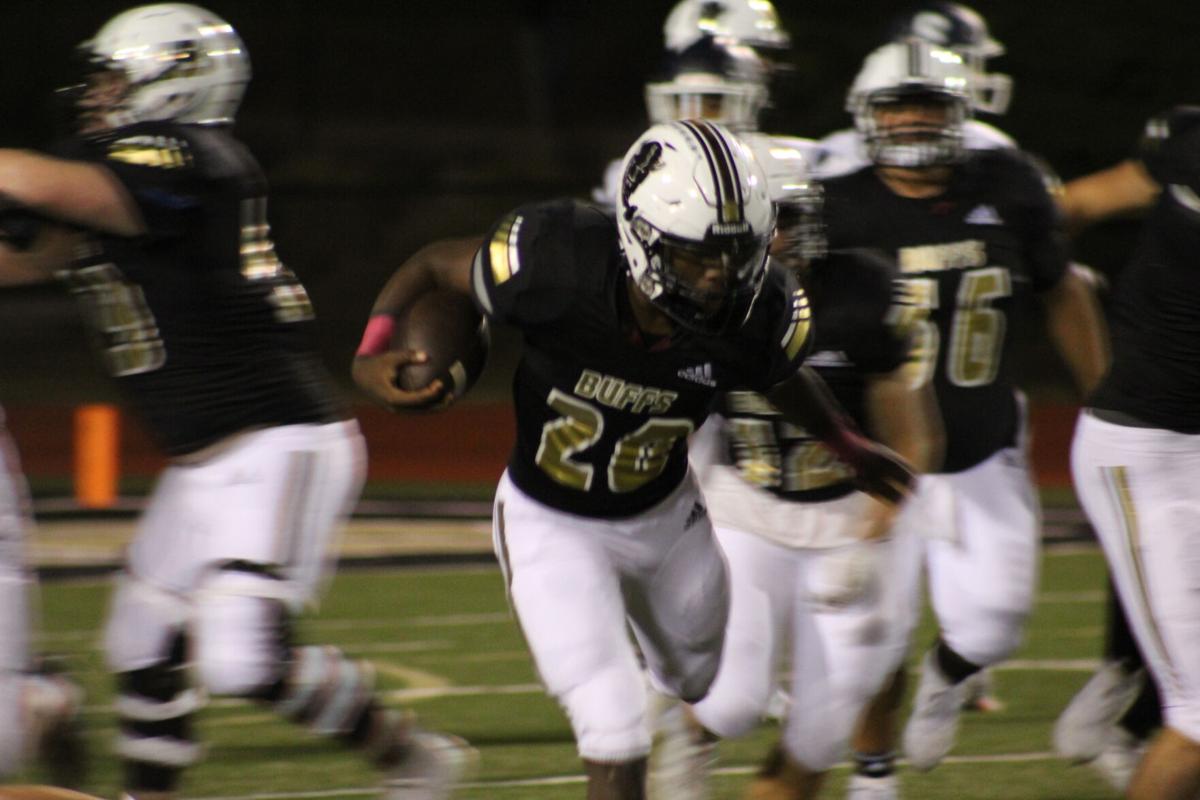 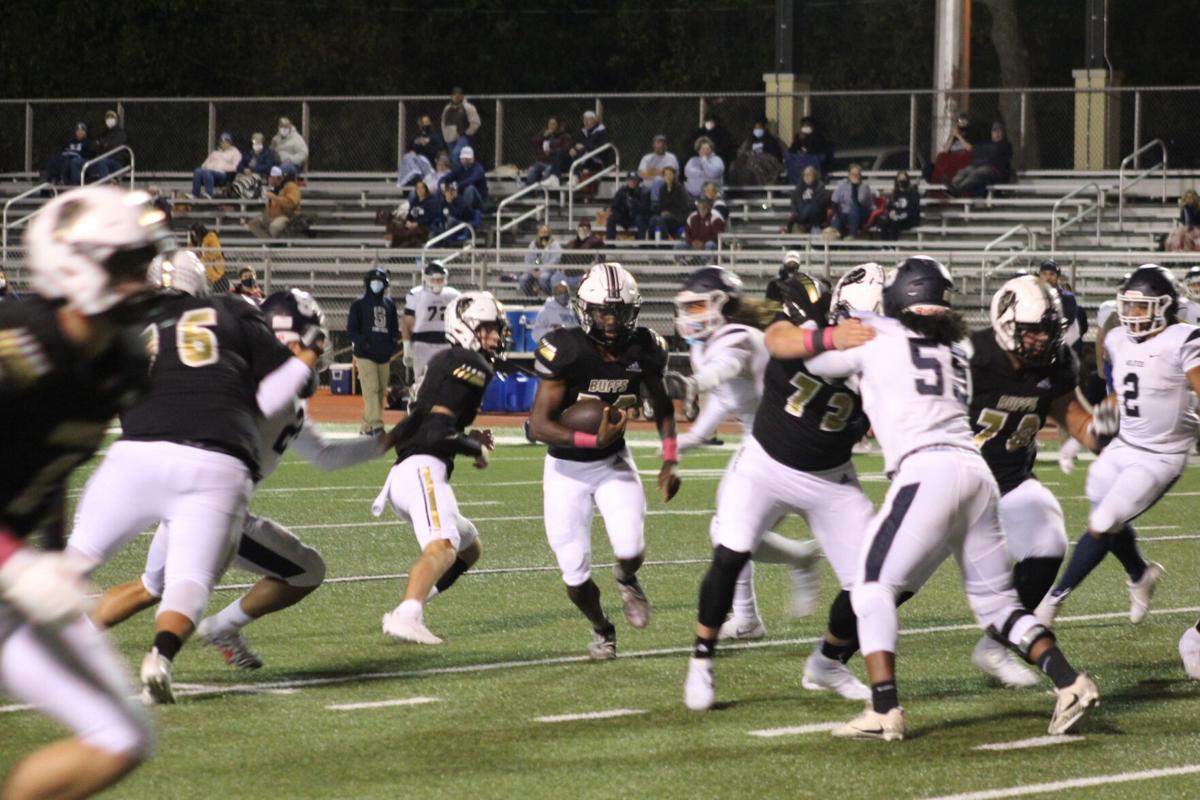 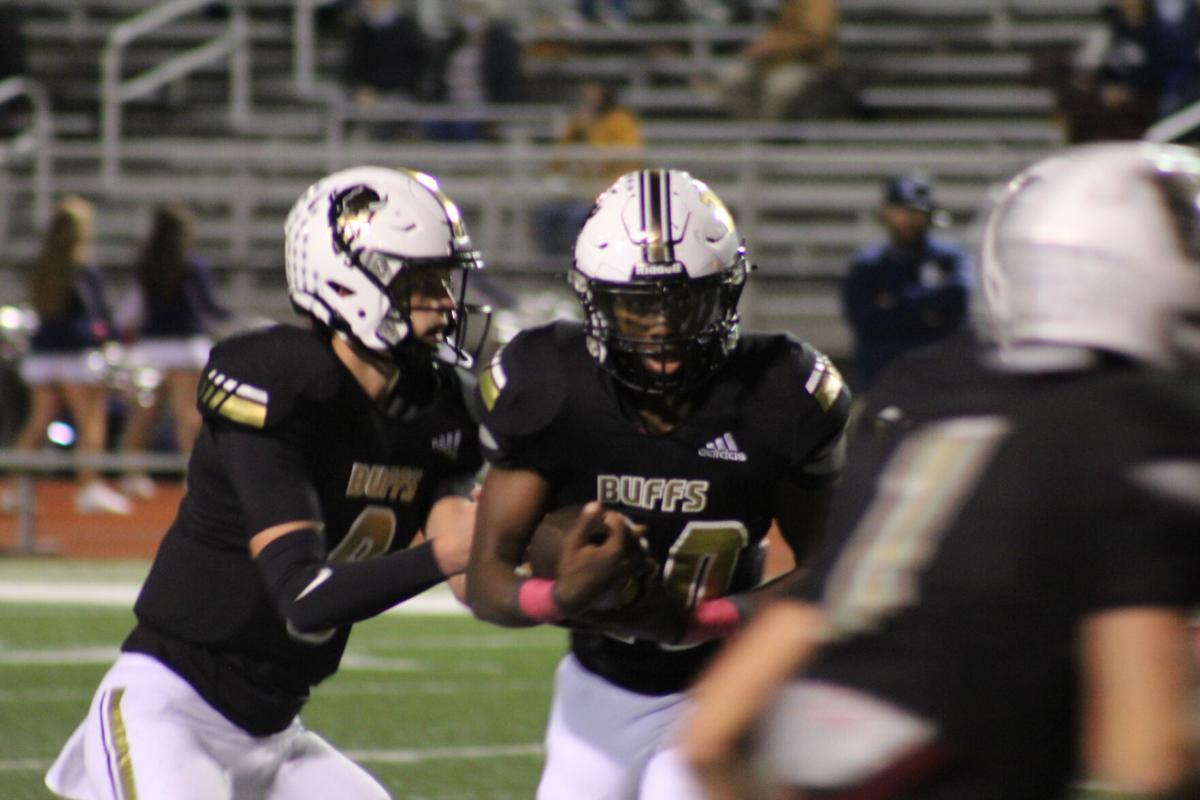 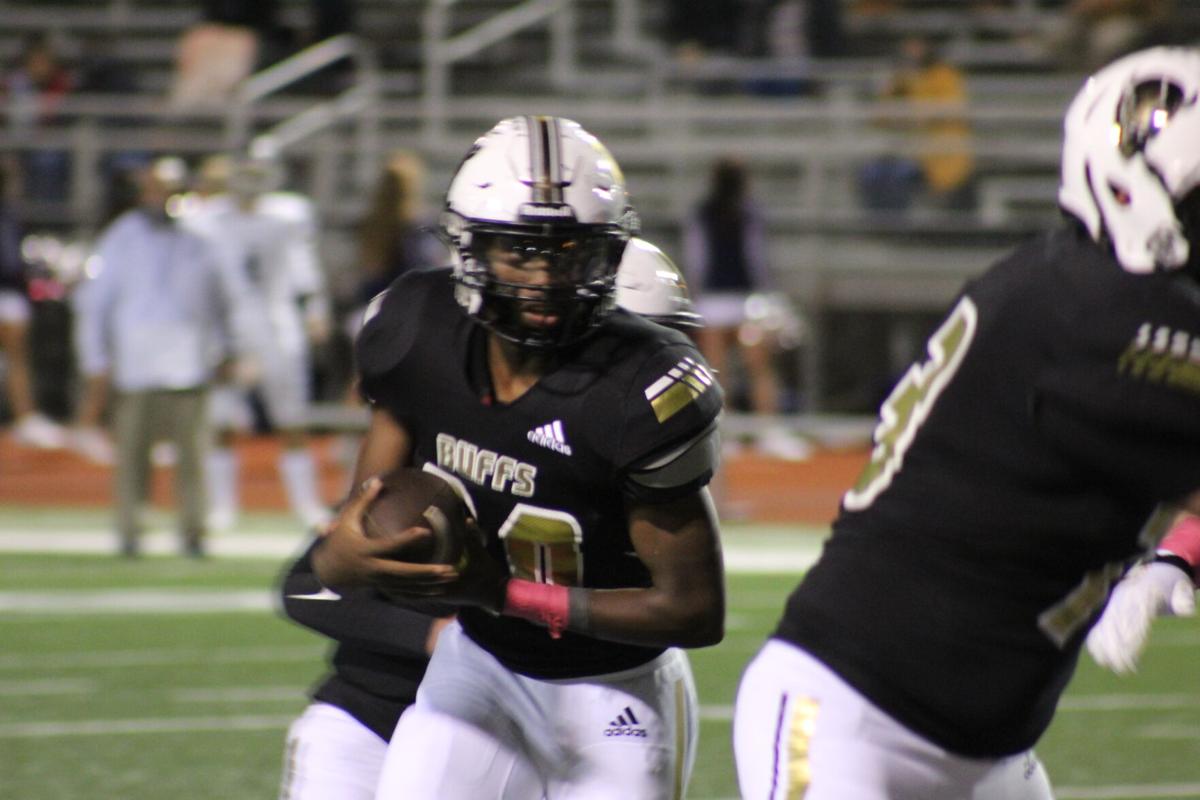 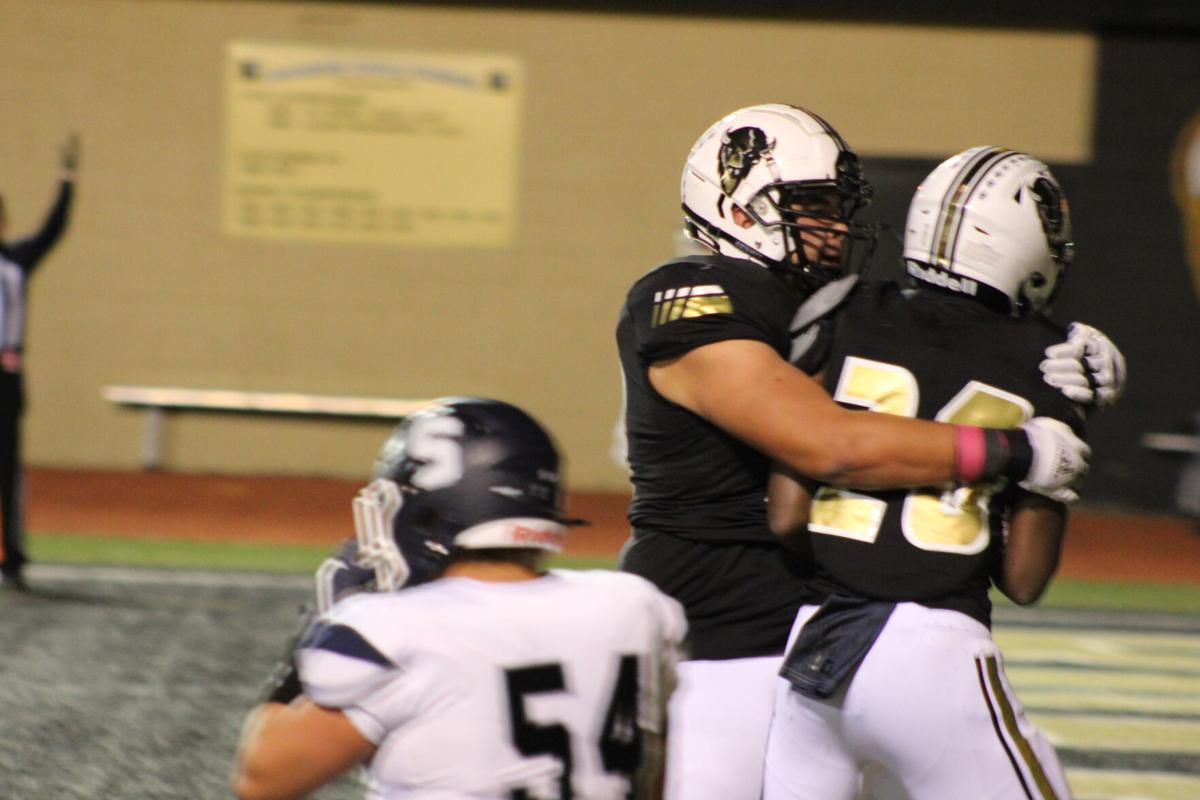 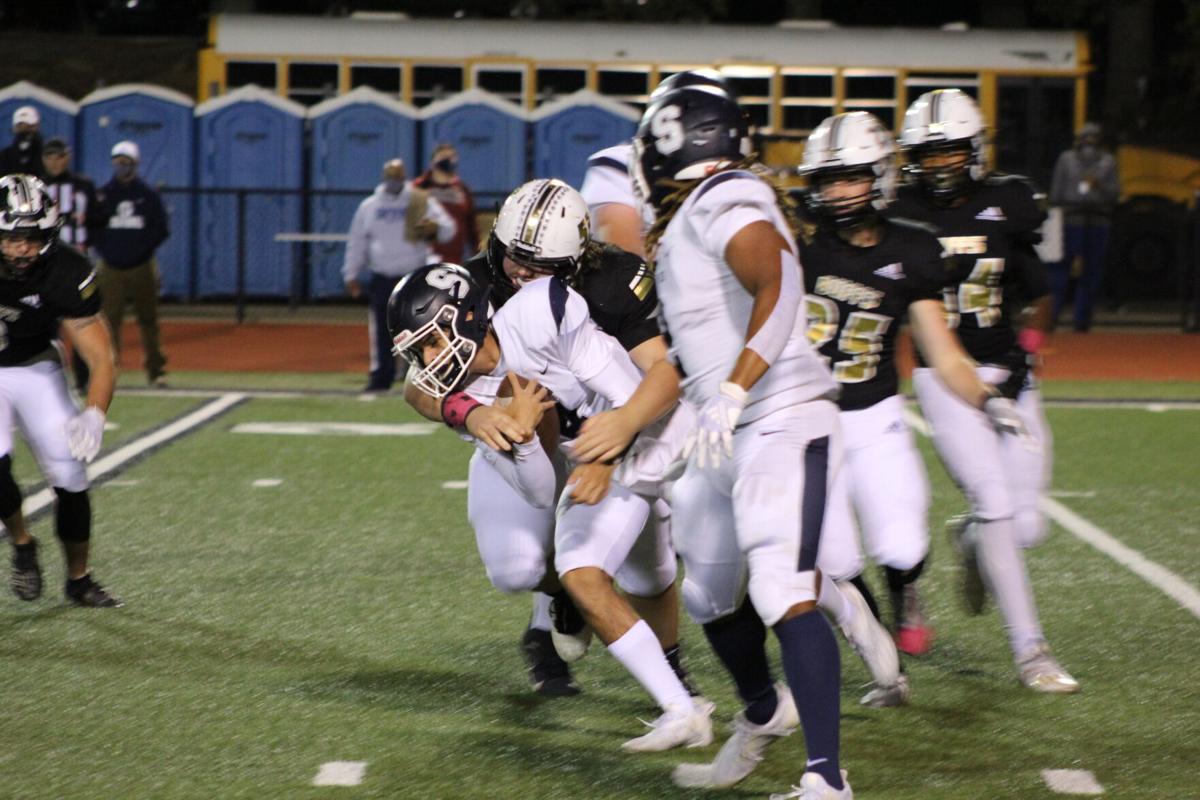 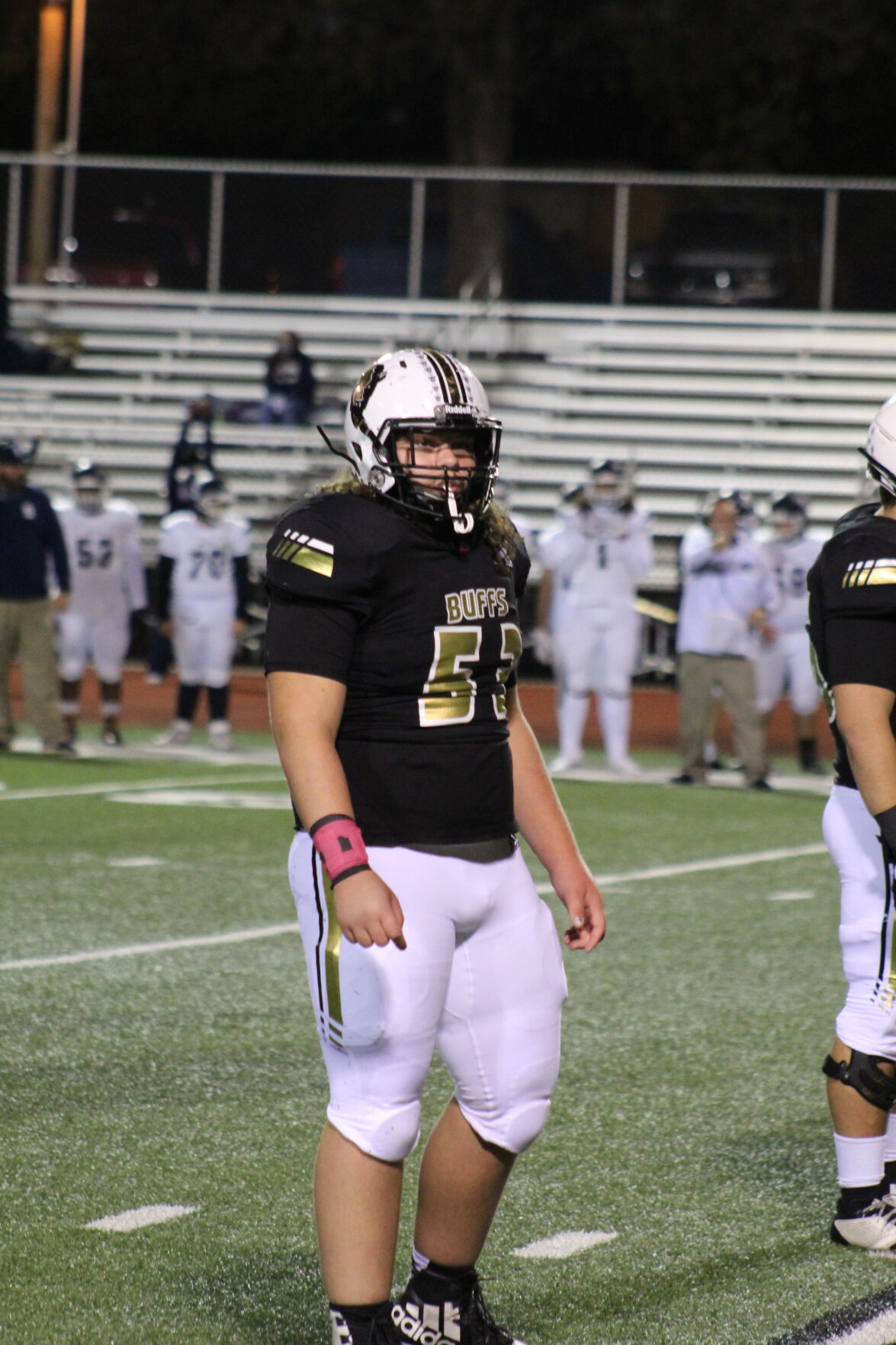 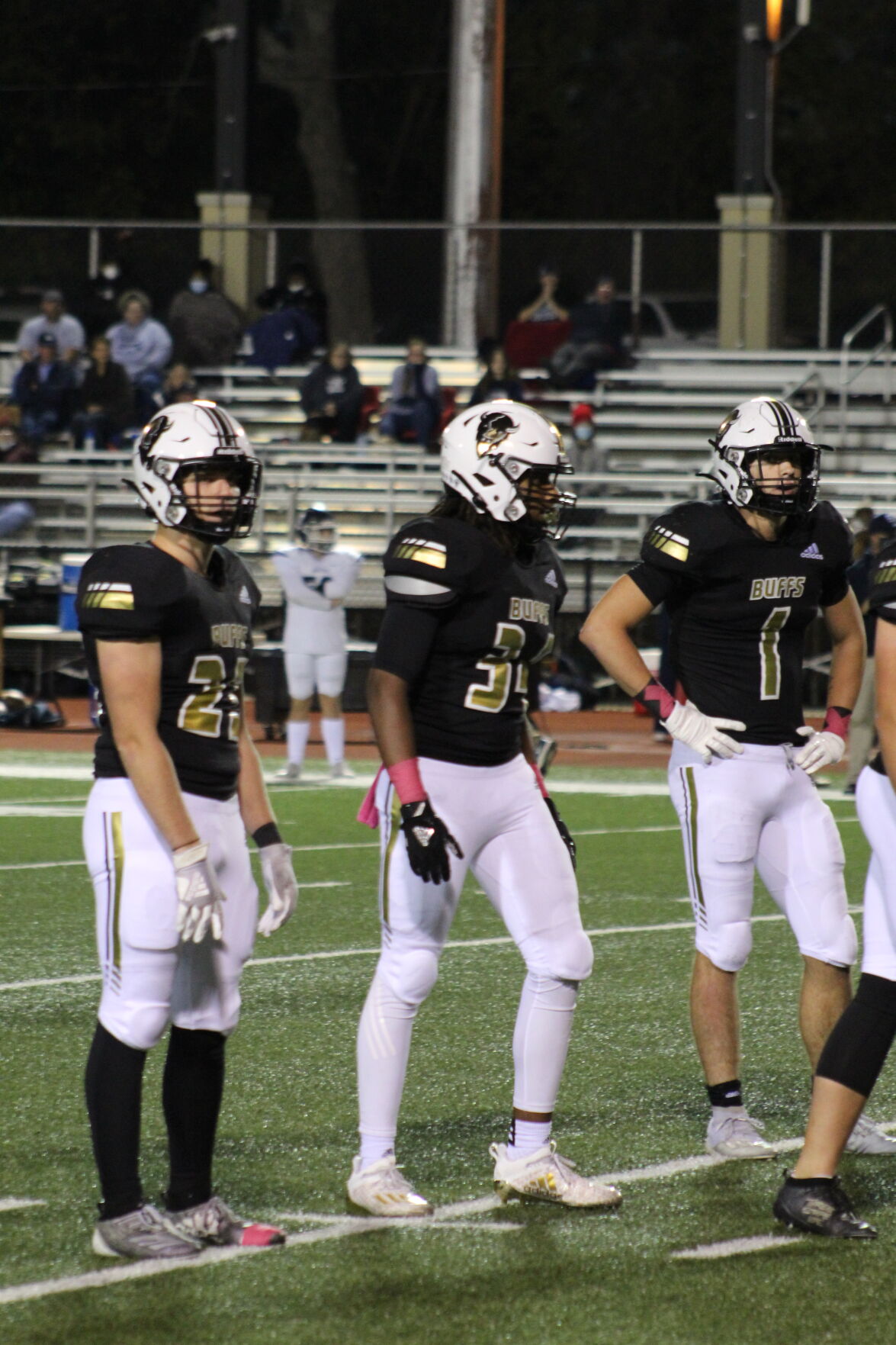 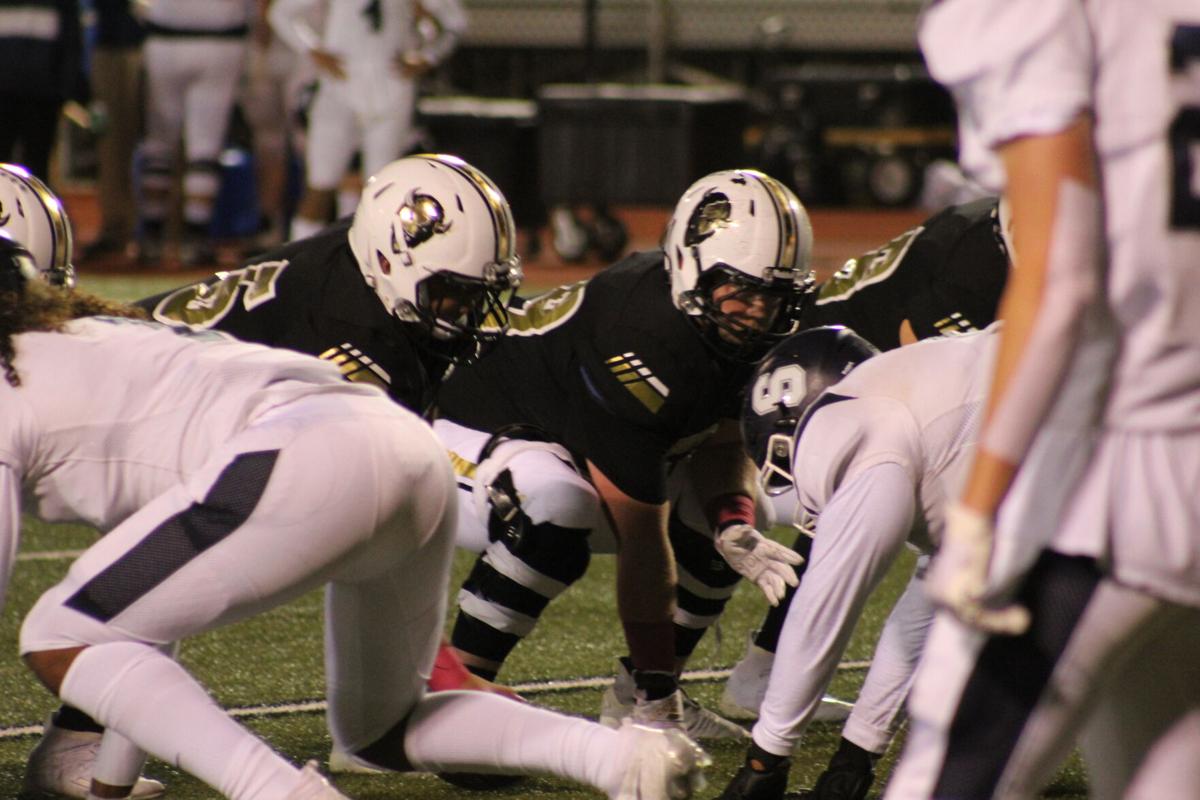 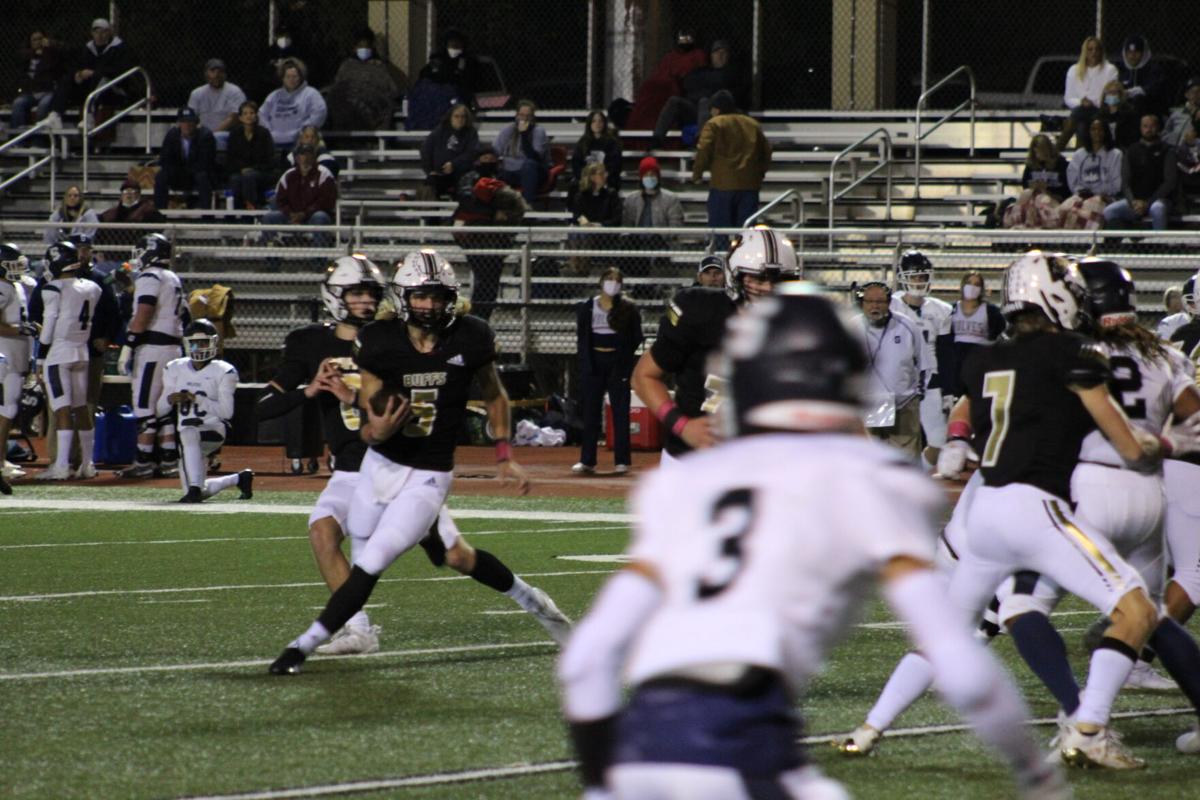 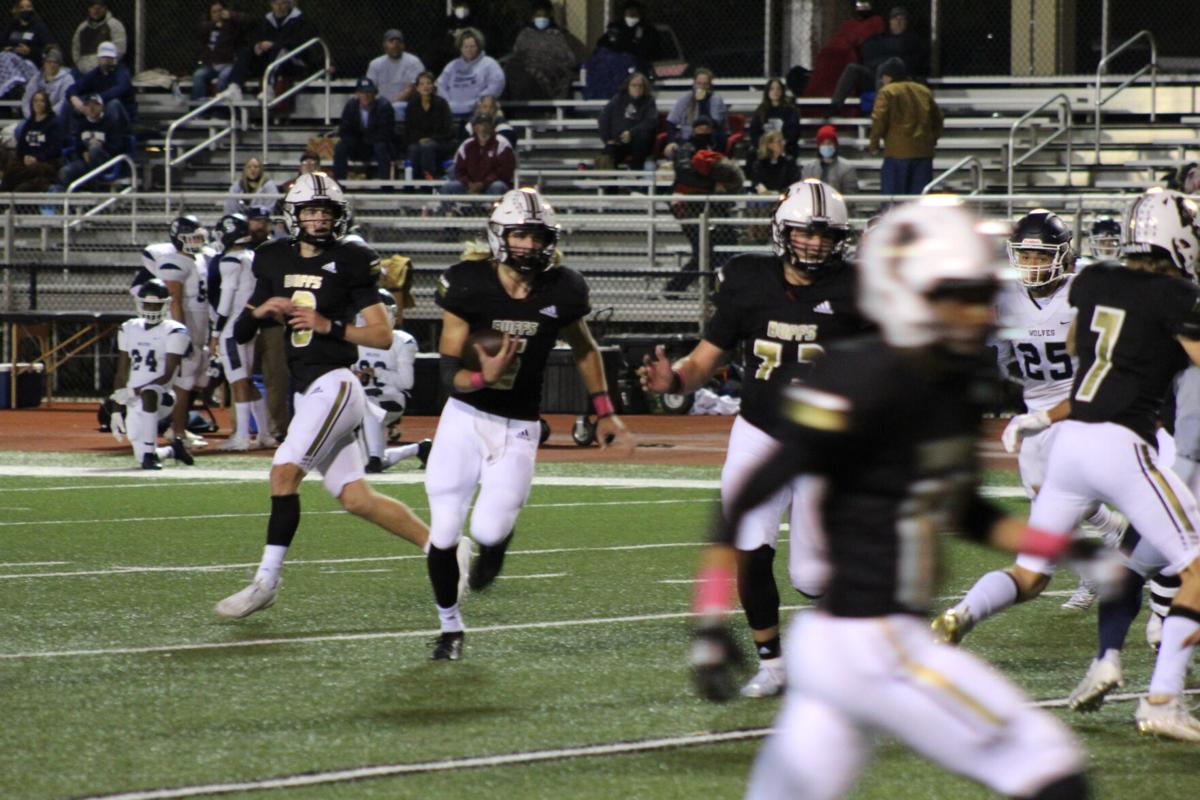 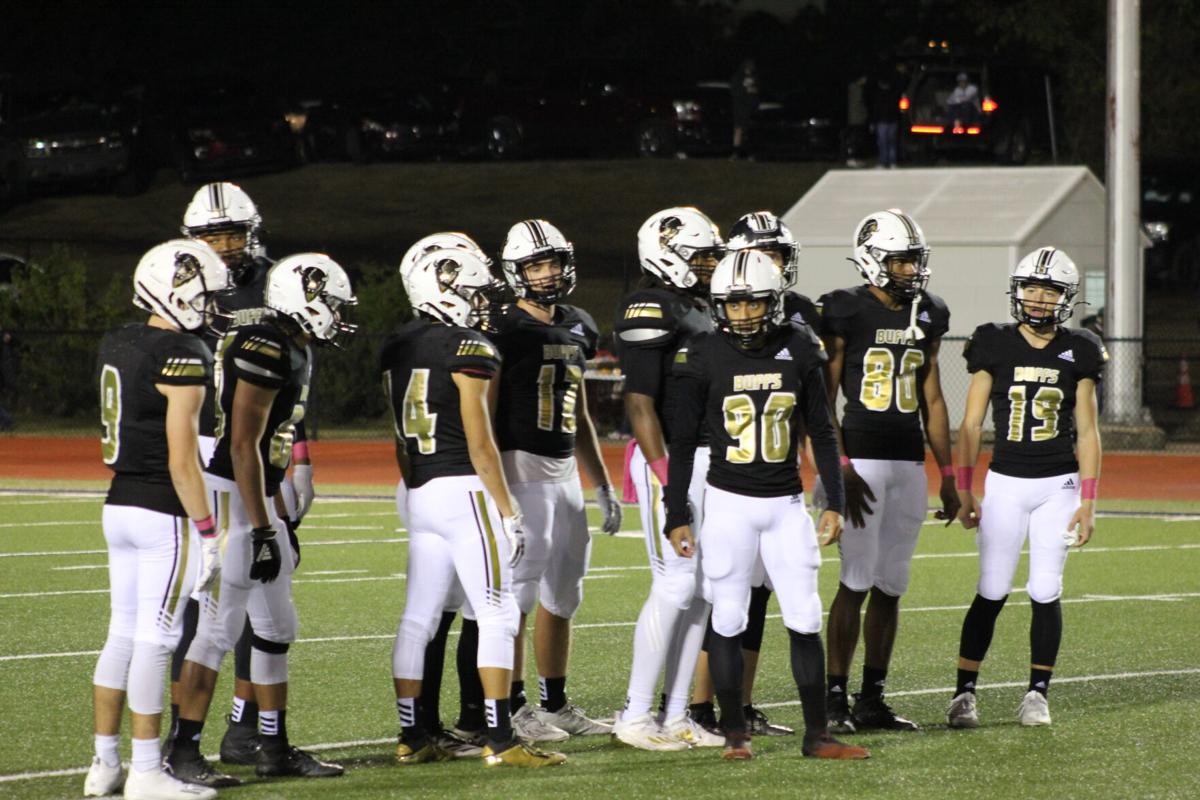 The McAlester Buffaloes got their offense rolling early in their Oct. 30 matchup against Shawnee.

The Buffaloes needed a win to secure their district seeding, and they left no doubt on their way to a 52-18 rout of Shawnee on Friday.

Coach Forrest Mazey said he and his staff issued a challenge to the team to gel and play as a singular unit, and that energy transferred over into the game.

Shawnee won the coin toss and deferred to the second half, giving the Buffs the ball to start the game.

It wasn’t long before Trent Boatright connected with Gavin Johnson over the middle, and Johnson bolted down to the Wolves 12-yard line.

A few plays later, Dakota Moton drug multiple would-be tacklers with him as he rumbled into the end zone to strike first for McAlester.

As Shawnee took over on offense, it wasn’t long before the Buffs were able to force a fumble and recover, putting McAlester on the Shawnee 18-yard line.

That’s when the Buffs handed the ball to Erik McCarty, who used a couple plays to push through the Wolves defense for the second score of the night and the early 14-0 lead after the first quarter.

In the second quarter, the Buffs continued the drive they were building at the end of the previous quarter. Boatright floated a pass down the left side to Jaxon Walters, who strolled into the end zone for a touchdown.

When the Wolves took over on possession, they were only a few plays in when the ball once again came loose, and McAlester recovered on the Shawnee 17-yard line.

That lead to a short yardage play for McCarty, and he powered through for the score, giving the Buffs a sizable 28-0 lead halfway through the quarter.

As the Wolves tried to get their offense rolling downfield, Chase Faber leapt skyward for an interception, once again giving McAlester possession of the football.

As the Buffs were driving to try to score once again, officials determined that McAlester lost the ball while trying to cross the goal line and was recovered by Shawnee at their own one yard line.

But with the resolve from the McAlester defense, Shawnee was forced to punt. With a low snap throwing off the punting team, the ensuing punt was partially blocked, with the Buffs taking over at the two yard line.

A play later with the ball mere centimeters from crossing the goal line, McCarty received the direct snap and leaned over the plane for the score and the 35-0 lead at the half.

In the start of the second half, McAlester opened with an onside kick that it recovered.

While they were driving, the Shawnee defense held the Buffs and forced a field goal. Kicker Kobe Clark booted the football, which rattled off the left goal post and in for the score and 38-0 lead.

The Wolves started to make their way downfield as they took over on offense, but a pass to the left side was intercepted by Gavin Johnson.

That would lead to McCarty breaking away and rolling untouched for 42 yards for the score.

Shawnee took back over on offense, and used a big pass play and a couple rushes to punch the ball into the end zone for the score. However, the Buffs blocked the extra point try to keep a 45-6 lead.

The Wolves would then dial up on defense, intercepting a pass to put themselves back on offense at midfield.

That led to a marching drive that culminated in a score. But the following two-point conversion attempt was thwarted by the Buffs to keep a 45-12 lead at the start of the fourth quarter.

But the damage had been done. The Buffs added another score from McCarty, and rode the tsunami of momentum to the win.

McCarty finished the game with 13 carries for 115 yards and five touchdowns —just one score shy of tying the record for rushing touchdowns in a game — while Moton added 11 carries for 80 yards and a score.

Boatright went 12-of-16 passing for 178 yards and a touchdown. Johnson finished with five catches for 116 yards, while Walters had two catches for 27 yards and the score.

McAlester will face one final regular season game as they travel to take on Tulsa Rogers on Nov. 6, then they will refocus on the playoffs. And it's at that point that Mazey said every score and every moment matters the most.