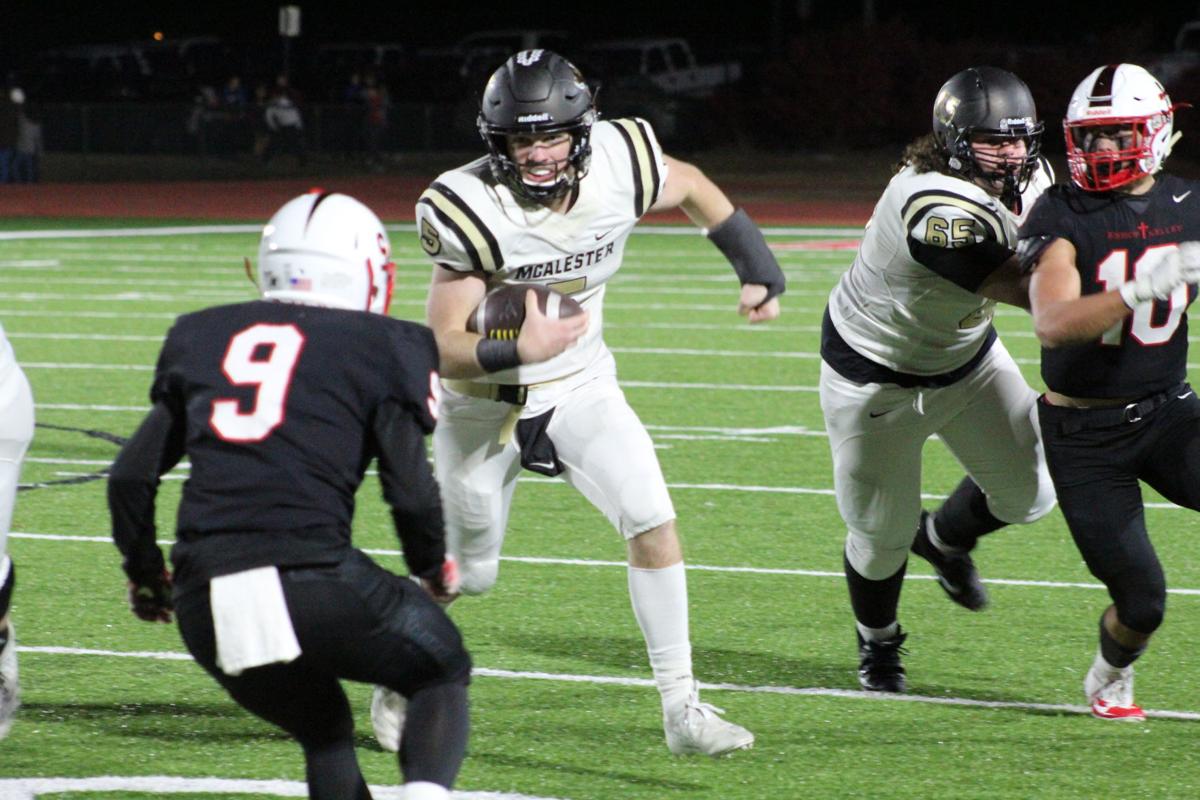 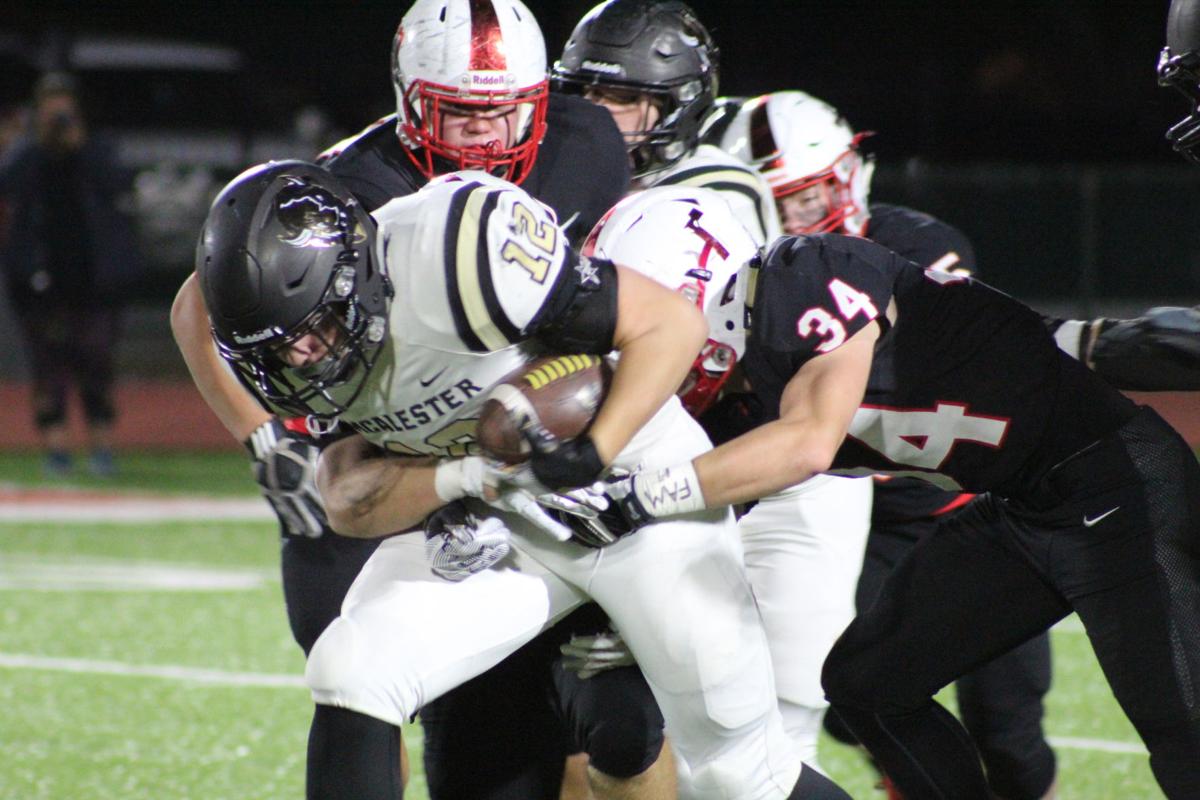 Hayden Franks and the Buffs took a 12-6 lead at Bishop Kelley. 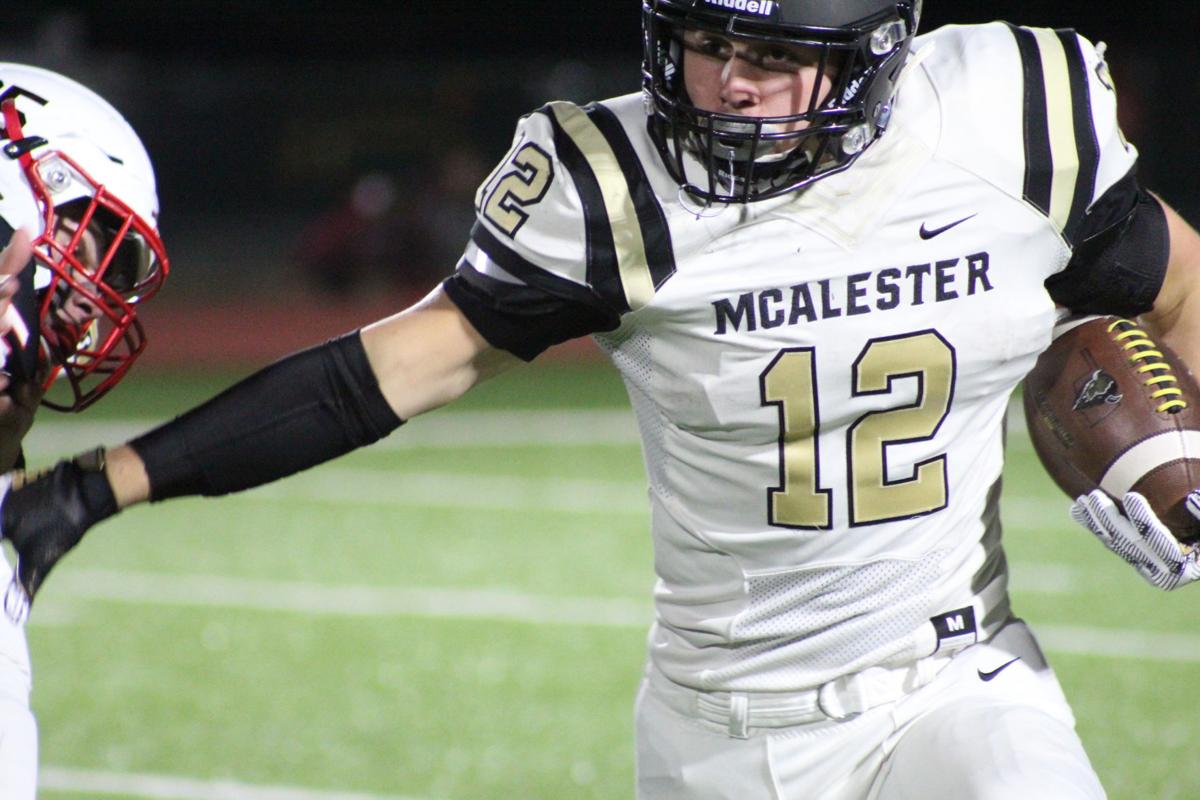 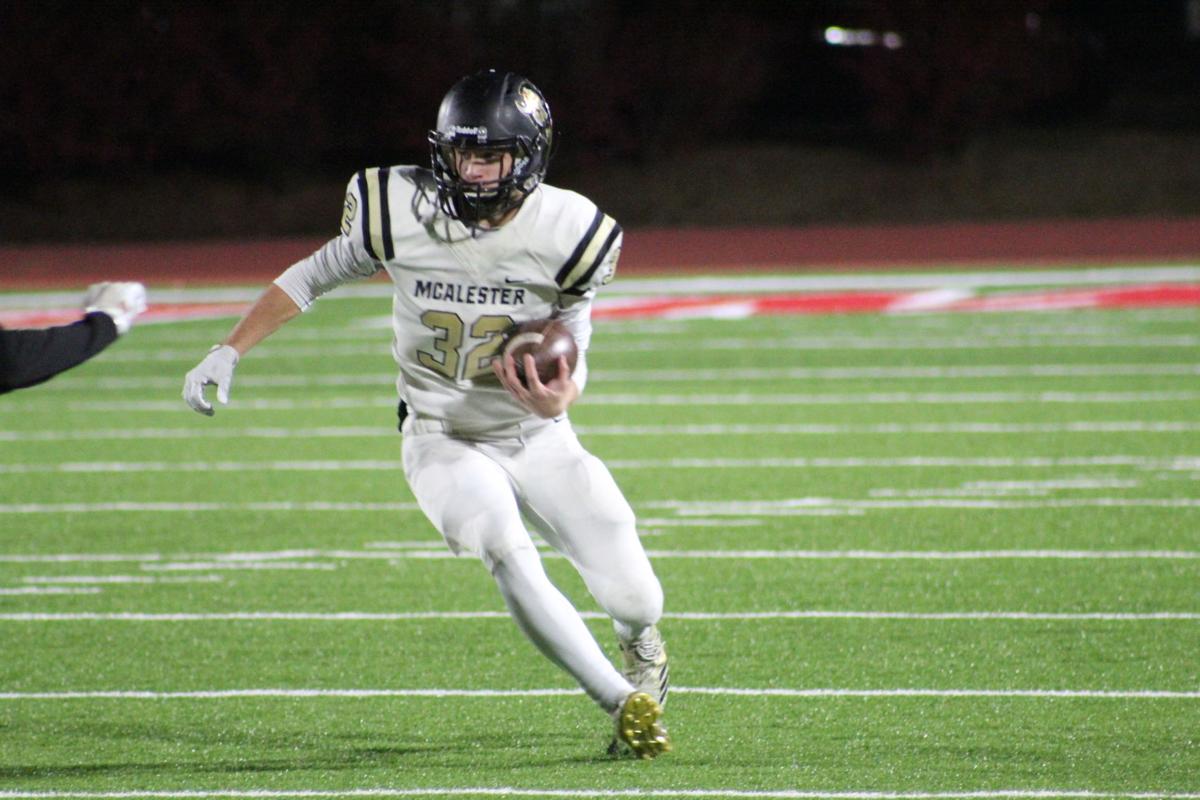 Hayden Franks and the Buffs took a 12-6 lead at Bishop Kelley.

TULSA — Playoff football is coming back to Hook Eales Stadium.

McAlester rumbled to a 35-19 win Friday at Bishop Kelley to claim second in District 5A-3 — and the opportunity to host a game in the first round of the playoffs.

"Good things come to those who work and we work their tails off and these kids have responded well and gotten better every week," Mazey said.

The Buffs will host Claremore (6-4, 5-2) next week at Hook Eales Stadium in the first round of the playoffs.

McAlester finished Friday with 199 rushing yards and 183 passing for 382 total yards. Bishop Kelley rushed for 80 yards and threw for 230 yards for 310 total yards.

Gavin Johnson and Erik McCarty each picked off a pass, while Killian Barnes recovered a fumble forced by Johnson. Mazey said he likes how the defense is playing going into the playoffs.

"The defense is playing lights out," Mazey said. "They keep us close, and then the offense takes a hold and they do well. And special teams played really dang good tonight too."

The Comets struck first with Cooper McMurray punching in a one-yard touchdown run for a six-point lead with 5:46 in the first.

McAlester failed twice to convert on fourth down from less than 35 yards out before forcing a punt midway through the second quarter.

Hilton got the Buffs on the board with a physical six-yard touchdown run, but the point after try was blocked for a 6-6 tie with 2:57 left in the half.

McAlester got the ball back on the next drive with Johnson forcing a fumble that Killian Barnes recovered late in the second quarter.

Hilton later pounded in a five-yard touchdown run to give the Buffs a 12-6 lead just 3.4 second before halftime.

The Buffs forced a turnover on downs when Bishop Kelley went for it on fourth down in the red zone before both teams traded punts to open the second half.

Hilton later connected with Johnson on a play-action pass that went 47 yards for a touchdown as McAlester took a 20-6 lead with 1:47 in the third quarter.

Johnson then picked off a Bishop Kelley pass on the ensuing possession to give McAlester the ball back just outside its red zone heading into the final period.

Hilton capped a quick scoring drive with a one-yard touchdown run and ran in the two-point conversion for a 28-6 lead with 8:06 remaining.

Bishop Kelley's Stephen Collins later found McMurray for a 23-yard touchdown pass before McAlester stopped the two-point try to hold a 28-12 lead with 6:38 left to play.

McAlester converted on fourth and three to keep the clock running before Hayden Franks punched in a score for a 35-12 lead with 1:01 remaining.

Collins added a six-yard touchdown toss to McMurray to pull within 35-19 in the final seconds.

Anthony Dale Jones, 60, of Ashland, Oklahoma passed away on Sunday, July 12, 2020 at his home surrounded by his family. A graveside service will be held at 10:00 a.m. on Wednesday, July 15, 2020 at Ashland Cemetery with Mr. Tim Maxey officiating.

Mary E. Prince, of Indianola, went home to be with Jesus on Friday, July 10th in Muskogee. Services will be 2 p.m. on Tuesday, July 14, 2020 at Brumley-Mills Funeral Home Chapel in McAlester.