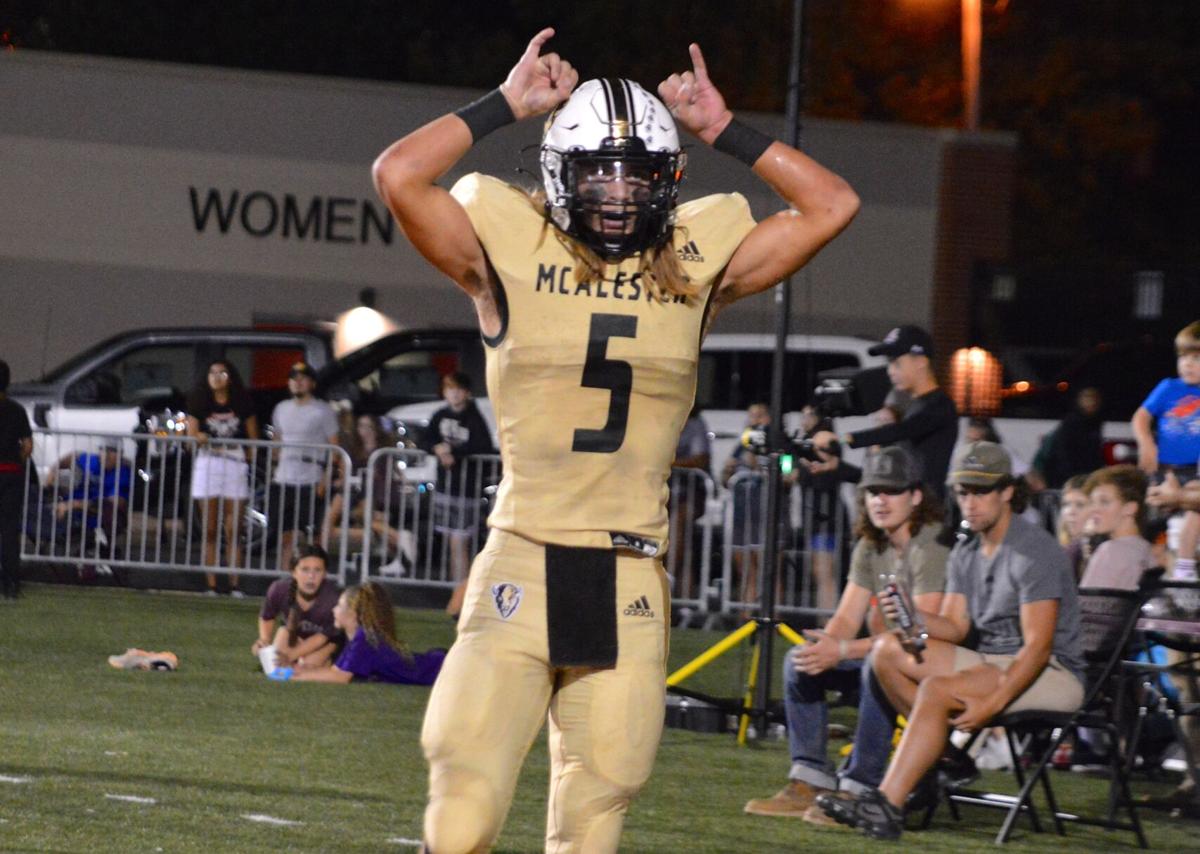 McAlester's Erik McCarty celebrates a touchdown during the Buffs 42-14 rivalry victory over Ada on Friday. 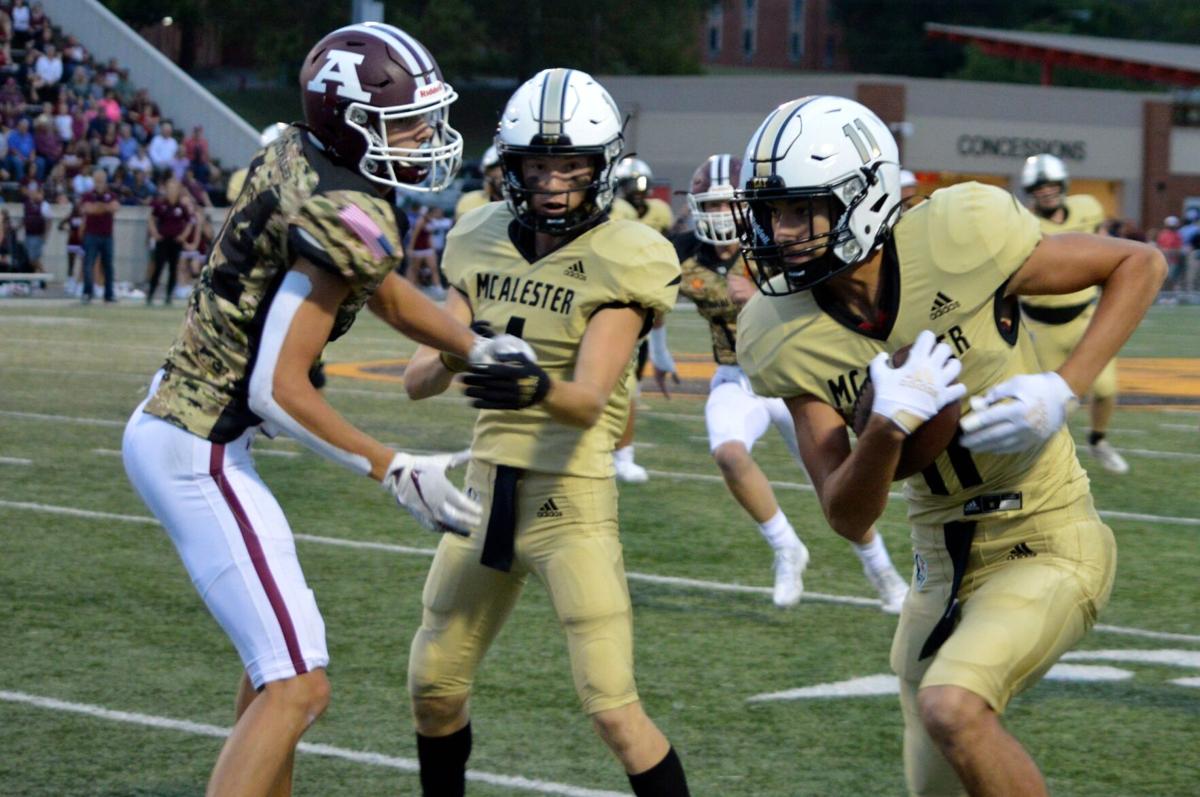 McAlester's Cale Prather skirts around the Cougar defense on his way for a 35-yard score against Ada.

McAlester's Erik McCarty celebrates a touchdown during the Buffs 42-14 rivalry victory over Ada on Friday.

McAlester's Cale Prather skirts around the Cougar defense on his way for a 35-yard score against Ada.

It was a win years in the making.

First-ranked McAlester pulled away in the second half to take a 42-14 win Friday at Ada — the Buffs’ first victory in the storied rivalry since 2011.

“I’m always going to be proud of these boys, and that’s why we’re going to chase perfection,” Coach Forrest Mazey said. “I told them ‘I love them, I’m proud of them,’ and I told them how good they are because they limped to a 42-14 win.”

McAlester struck first as quarterback Trent Boatright found Cale Prather, who used his length and speed to evade tacklers down the left sideline on his way to the 35-yard score.

Tensions rose and penalties started to plague the proceedings with the resulting yardage moving Ada deep into McAlester territory.

The Cougars lobbed a pass toward the right side of the end zone with a seemingly bobbled catch, but it was ruled complete in bounds to tie the game at 7-7 midway through the second.

Emotions flared as McAlester responded quickly with a pass from Boatright to Bass marching to the 21-yard line.

McAlester then used a bulldozer package featuring Erik McCarty— who bowled over a defender for a 14-7 lead heading into halftime. McCarty led McAlester's ground game with 16 carries for 167 yards and two touchdowns.

Ada started with the ball in the second half before McAlester forced and recovered a fumble.

McCarty, Dakota Moton, and Ethan Watkins led the Buffs deep into enemy territory before Boatright faked out half the defense to trot untouched into the end zone for a 21-7 lead.

McAlester forced another punt before Ada forced a fourth down — when McCarty scooped up a low snap and bolted 58 yards for a score to the roar of Buffs fans.

Ada answered with a 60-yard touchdown toss, but McAlester kept running it back at the Cougars with Moton breaking through to the right side for a 34-yard score that sealed the win. Moton had nine carries for 89 yards and a score on the night.

Boatright finished 13-of-18 passing for 114 yards and a score plus a rushing touchdown — with Bass recording 41 receiving yards and Prather getting 35 yards and the score.

Mazey said he was proud of the way his team did what they needed to do to get the win. Now they’ll face a bye week ahead of district play.

“Just got to get healthy and got to get mentally tougher,” he said. “We can not let that be a factor. We’ve got to be us, and we’ve got to control us.

“These boys know what they’re capable of, they’ve just got to play clean and play smart,” he added. “I love them to death, and I wouldn’t want to coach anybody or anywhere else in the state.”

Buddy D. Wilkett, 66, of McAlester, OK passed away on Sunday, September 12, 2021 at the McAlester Regional Hospital in McAlester, OK. Graveside Memorial Services at 1 p.m. Thursday at the Wilburton Memorial Gardens Cemetery in Wilburton, OK. Services are under the direction of the Waldrop Fu…

David Owens, 88, of the Bengal, OK area passed away at His home on Thursday, September 23, 2021. Services will be a PRIVATE FAMILY SERVICE ( for safety of Covid ) on Monday at the Baldwin Cemetery. There will be a public visitation at the Funeral Home on Sunday 3pm until 6 pm. Services are u…