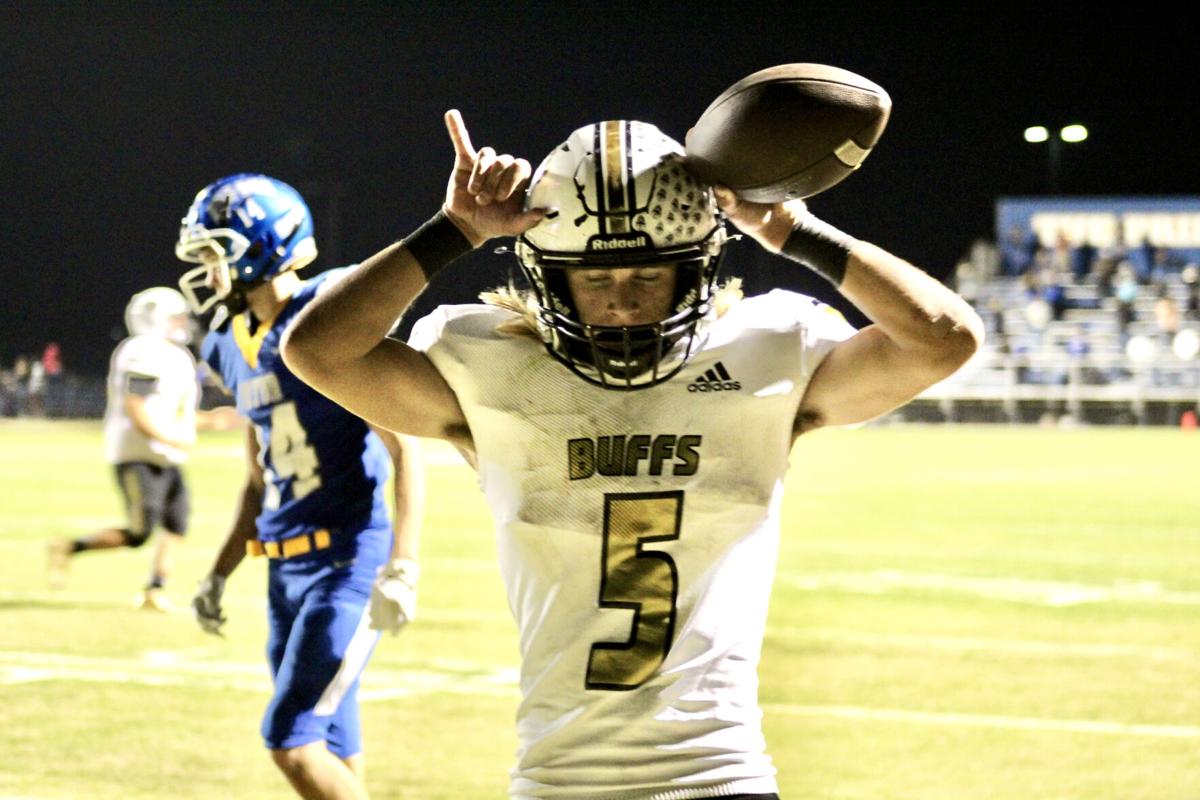 Erik McCarty throws up the Buffalo horns after scoring a touchdown on the way to a 47-0 win over Pryor. 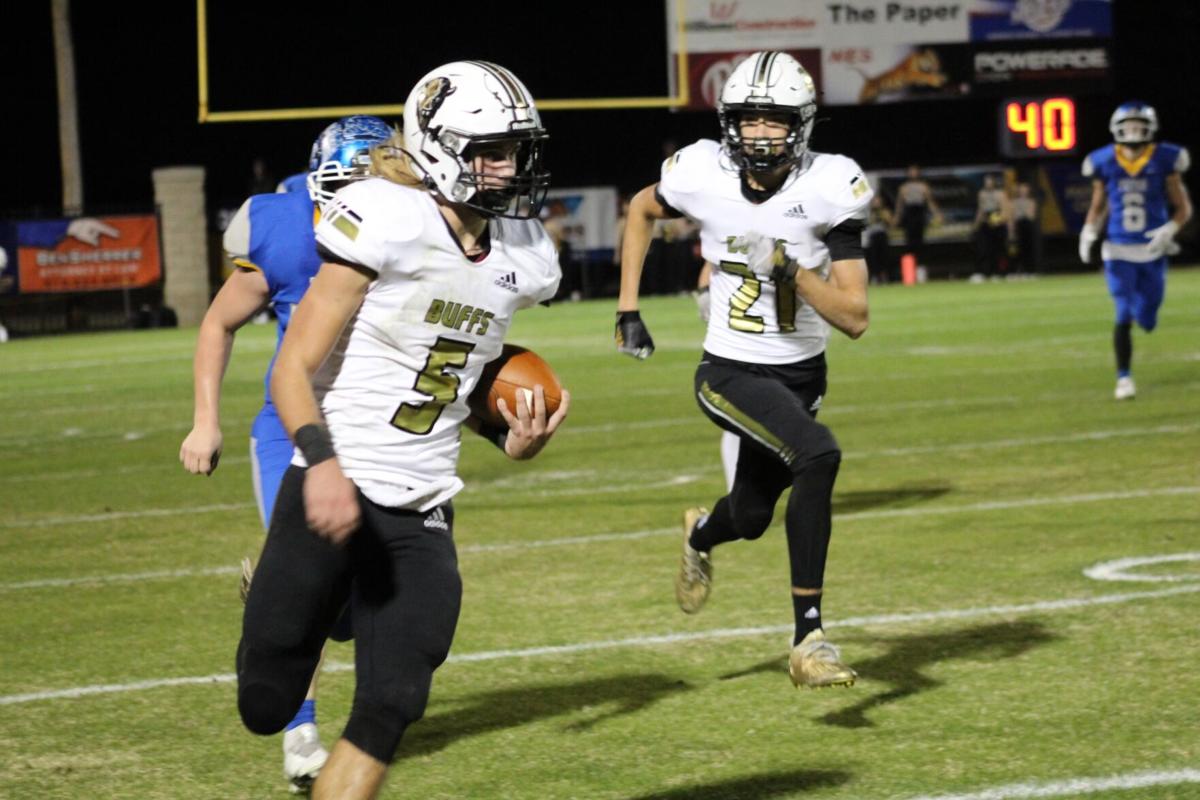 Erik McCarty outruns defenders on his way for a score during the first half of McAleste‘s second-round playoff game at Pryor.

Erik McCarty throws up the Buffalo horns after scoring a touchdown on the way to a 47-0 win over Pryor.

Erik McCarty outruns defenders on his way for a score during the first half of McAleste‘s second-round playoff game at Pryor.

PRYOR — In the first playoff game of 2020 for the Buffs, they came out ready to make a statement, rolling to a 47-0 win at Pryor.

No. 6 McAlester hit the road to face off against No. 8 Pryor in the second round of the Class 5A playoffs, looking to take yet another step toward the gold ball.

Boatright finished 10-of-12 passing for 172 yards and a score, with Johnson finishing with 62 yards and the score.

Buffs coach Forrest Mazey said his kids went to work early this week, and it paid off in their execution on Friday night.

”We did what I expected us to do with the practices that we had this week,” Mazey said. “We dominated in practice, and we dominated tonight.”

The game began with Pryor taking possession of the football first, returning the opening kickoff to midfield.

But the Buffs defense quickly squashed the offensive possession with an interception by Trent Cole.

It didn’t take long for McAlester to get its own offense rolling, and used back-to-back runs by Erik McCarty to score the opening touchdown. That was followed by a successful two-point conversion by Chase Faber to take an early 8-0 lead.

In the second quarter, Trent Boatright connected on a pass to Gavin Johnson, who hit the afterburners and plowed over a defender to take it to the house for a 14-0 lead.

Later in the quarter, the Tigers were forced to punt from their own end zone, and Cole juked two defenders on the return to put the Buffs well into Pryor territory.

Several plays later, Dakota Moton blowed past the Tiger defense into the end zone for the 21-0 lead.

As Pryor took back over on offense, they attempted a fourth down conversion at midfield. But McCarty nabbed the pass out of the air, and shed off every would-be tackler on the way to a 75-yard pick-six and the 28-0 lead at the half.

At the start of the third quarter, McAlester took over on offense with the same driven mindset it had in the first half.

The Buffs churned downfield, and used a 15-yard rush from Moton to break the ice in the second half.

The defense made quick work, giving the Buffs the ball back once again. The drove downfield, and handed the ball off to McCarty who strolled untouched into the end zone for the score.

McCarty would score again on the next possession, and the Buffs took a 47-0 lead after three quarters and rode the tsunami of momentum for the win.

Mazey said he was proud of the way his team performed, and said they they are hungry for more.

“It goes to show you what effort will do, and that’s the only thing we can control is our effort,” Mazey said.

Next up for the Buffs, they will hit the road once again to take on El Reno in the Class 5A state quarterfinals on Nov. 27.