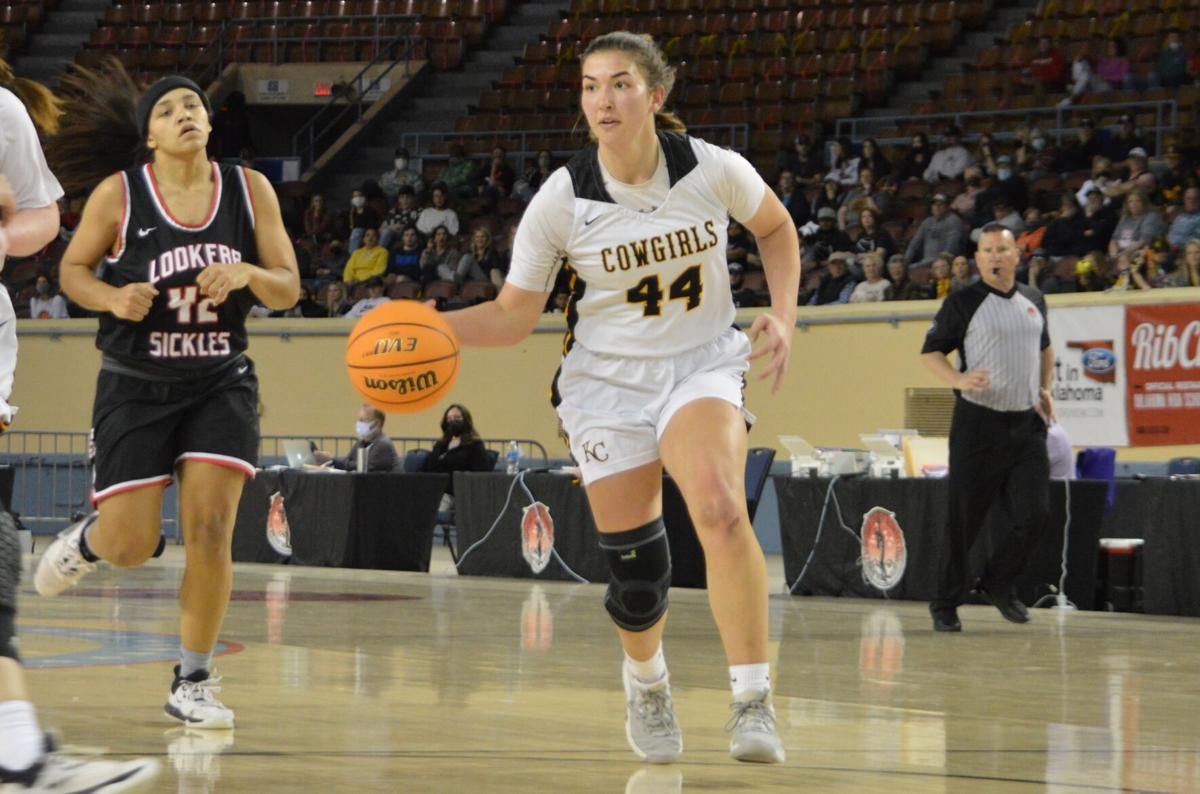 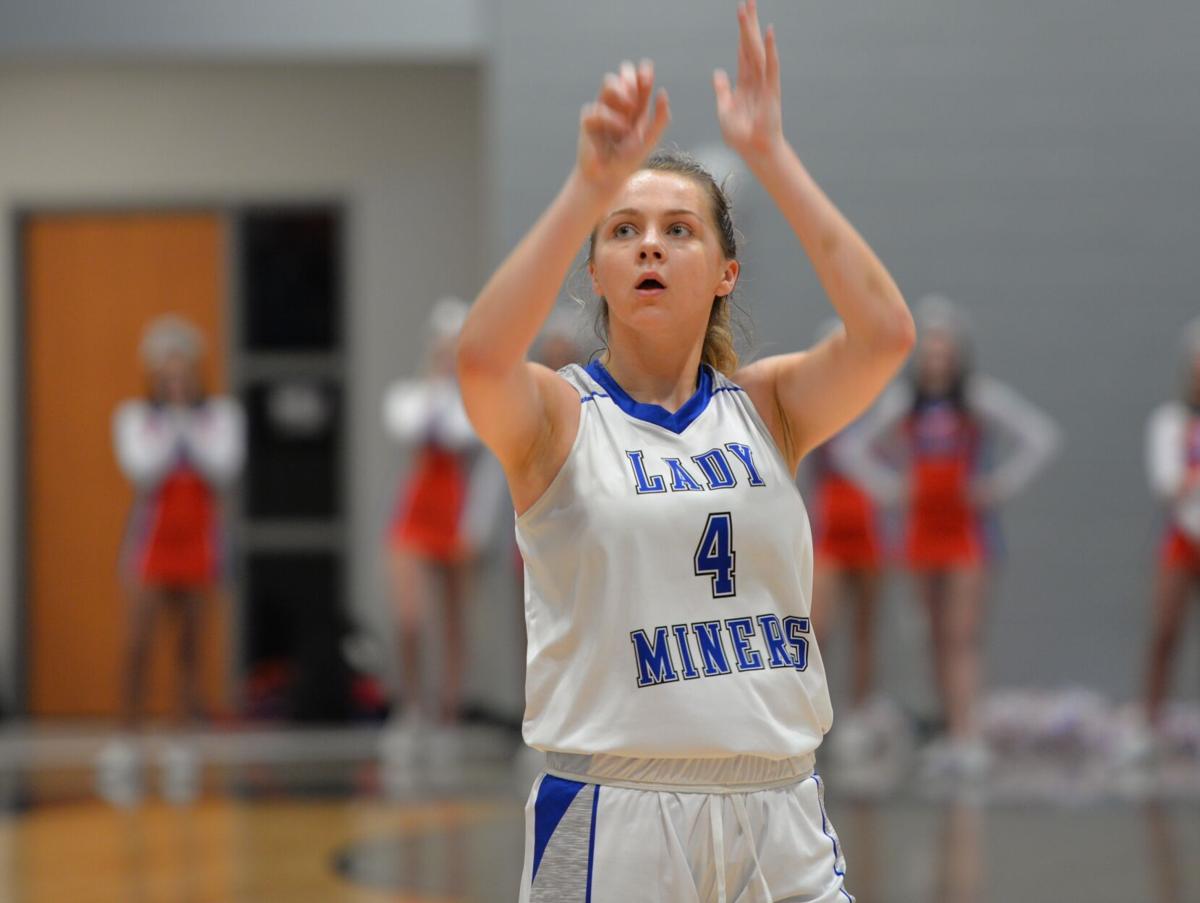 Hartshorne's Ashton Hackler made four-straight state tournament appearances as a Lady Miner, and was named to the OCA All-State roster alongside Kiowa's Kye Stone.

Hartshorne's Ashton Hackler made four-straight state tournament appearances as a Lady Miner, and was named to the OCA All-State roster alongside Kiowa's Kye Stone.

The selections have been announced.

The Oklahoma Coaches Association released the selections to the 2021 All-State girls basketball teams on Thursday, with several local names being selected to represent their schools.

Hackler averaged 22.1 points per game, as well as 7.8 rebounds and 4.1 assists per game. She helmed a Lady Miners team that finished with an 18-3 record and was ranked sixth in Class 2A. Hartshorne also made an appearance — its fourth in a row — in the Class 2A State Tournament, with a narrow 63-62 loss to Silo in the quarterfinal round.

Stone averaged 19.8 points per game for Kiowa, adding in 8.5 rebounds, 2.6 steals, and one block per game as well. She and the Cowgirls finished with a 15-5 record and were ranked fifth in Class B. Kiowa made its second-straight state tournament appearance, with the Cowgirls making their way to the state title game for the first time in school history — where they fell 67-60 in a back-and-forth game with Lomega.

Stone was also named to this year’s McAlester News-Capital All-Area Girls Basketball Team as the 2021 Player of the Year.

Hackler and Stone were both also named to the Oklahoma Girls Basketball Coaches Association All-State teams.

Additionally, two more players were named as alternates for the Small East team, as Crowder's Judah Owen and Kiowa's Brasen Hackler were named to the alternate list.

But local players weren’t the only ones that were awarded with honors, as McAlester coach Jarrod Owen was named as the head coach for the Large School East All-State Team.

Owen and the Lady Buffs saw many successes this season, including three wins over ranked opponents — a 46-41 win over then-No. 7 Will Rogers, a 58-57 win over then-No. 17 Noble, and a 60-39 win over No. 16 Memorial in the opening round of the postseason.

After taking a win in the regional tournament, the Lady Buffs advanced to the area tournament, where their season would come to an end.

In addition to their season successes, Owen had two players — Stevie Stinchcomb and Elizabeth Milligan — that were named to the 2021 McAlester News-Capital All-Area Girls Basketball Teams.

The OCA All State games are scheduled for Wednesday, July 28 at a site to be determined.