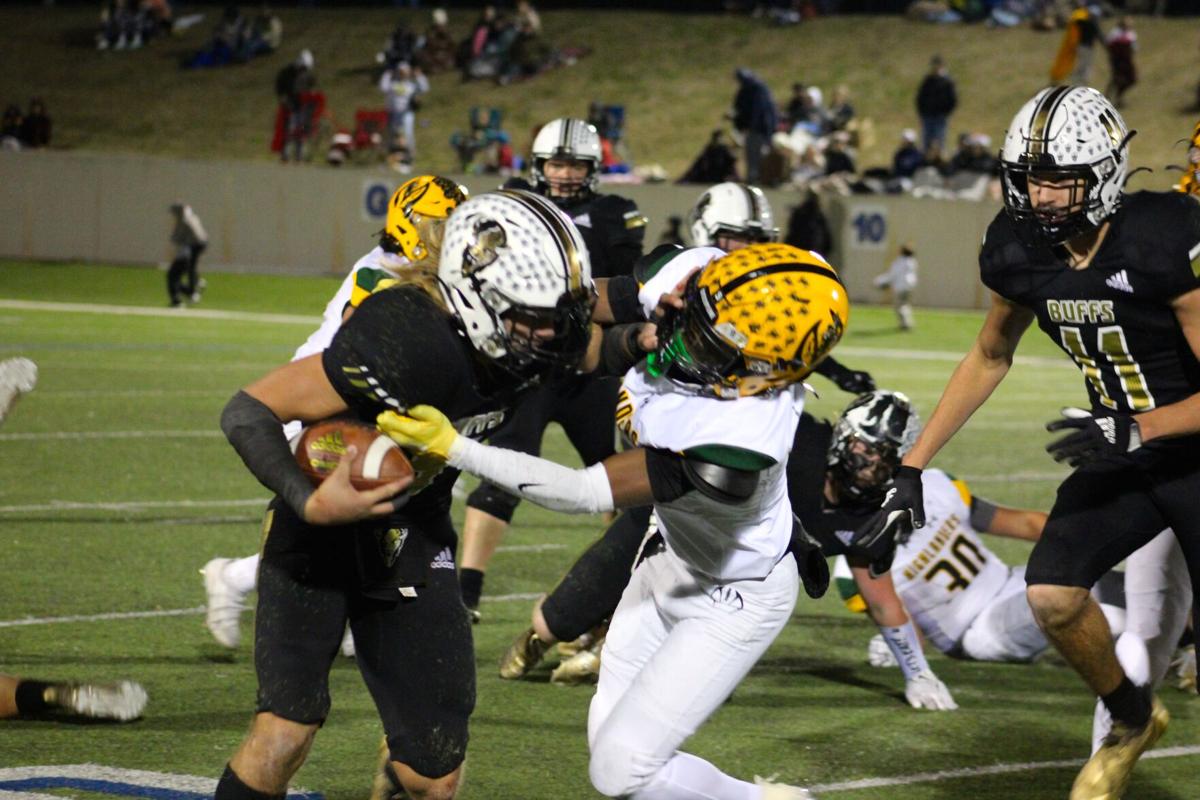 McAlester's Erik McCarty stiffarms a defender during the Buffs 42-13 win over Lawton MacArthur to advance to the OSSAA Class 5A state title game for the first time since 2013. 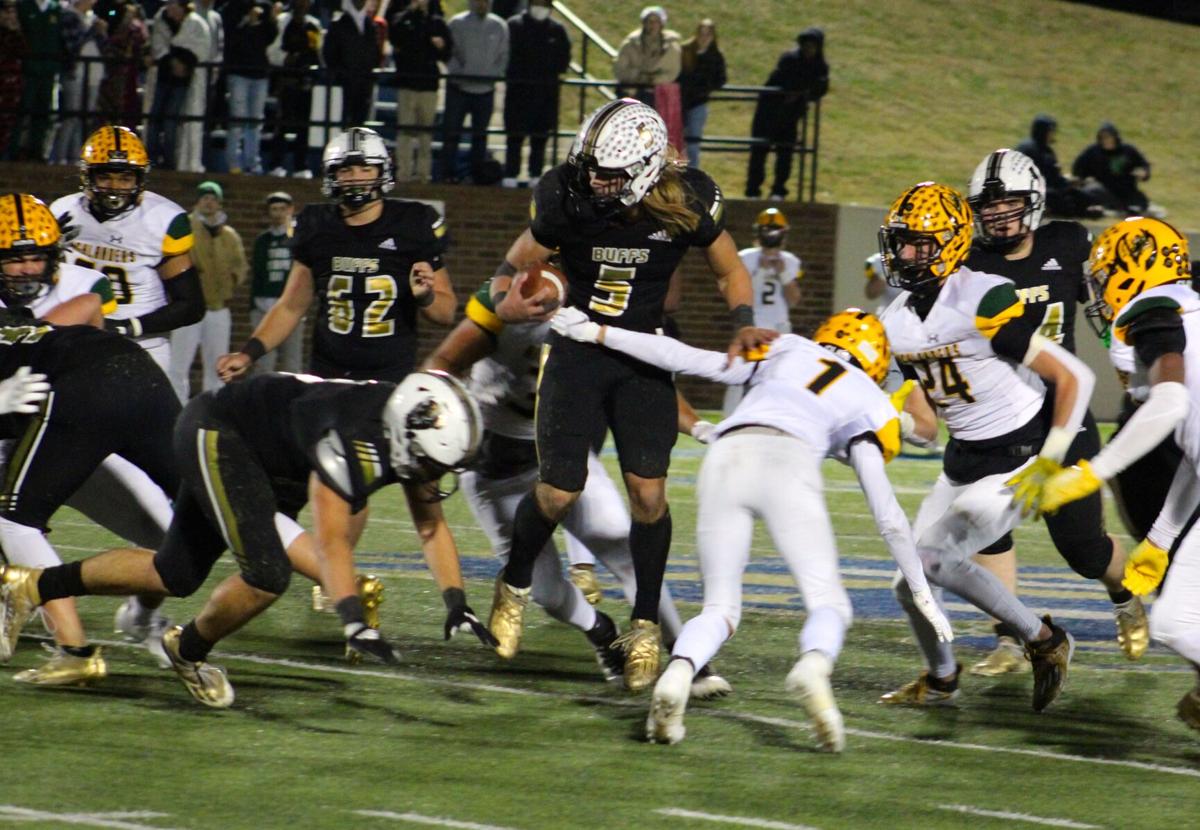 McAlester's Erik McCarty powers through the defense during the first half of the Buffs' OSSAA 5A state semifinal game against Lawton MacArthur on Friday.

McAlester's Erik McCarty stiffarms a defender during the Buffs 42-13 win over Lawton MacArthur to advance to the OSSAA Class 5A state title game for the first time since 2013.

McAlester's Erik McCarty powers through the defense during the first half of the Buffs' OSSAA 5A state semifinal game against Lawton MacArthur on Friday.

The Buffs are going to play for it all.

Top-ranked McAlester (13-0) took a 42-13 win Friday against Lawton MacArthur (11-2) in the Oklahoma Secondary Schools Activities Association Class 5A state semifinals at Noble High School — with the Buffs advancing to the title game for the first time since 2013.

McAlester advances to the Class 5A state championship game, scheduled for 7 p.m. Dec. 4 at Chad Richison Stadium in Edmond.

It will mark the fifth time McAlester has played for a state title — winning in 1968 and 1988, and finishing second in 1996 and 2013. McAlester will play Collinsville after the Cardinals took a 27-20 win Friday against Carl Albert.

Mazey said he is excited to reach a state title game for the first time — but said he is more proud for the players and acknowledged there's still work to be done.

"I'm excited for these kids. They work so hard, and we ride them so hard," he said. "It's a vicious cycle...and win, lose, or draw, it's the last week of football."

"You're the best team in 5A, but you're going to have to prove it one more time," Mazey told the players after Friday's win.

McAlester's offense started out of gates quickly and scored first on an eight-yard run by Erik McCarty. The junior running back finished the night with 20 carries for 203 yards and four touchdowns — bringing his season total to 34 and breaking his own school record for rushing touchdowns in a season.

McCarty later punched in a five-yard run to extend the lead with 2:11 left in the opening half.

Then, McAlester's Black Death Defense continued to cause problems for the Highlander offense and forced another punt to get the ball back.

Quarterback Trent Boatright took a shot down the left side to connect with McCarty on the sideline for a 62-yard reception that took the Buffs to the 11-yard line.

Boatright then found a wide open Lleyton Bass in the back of the end zone to give McAlester a 21-0 halftime lead.

MacArthur started the second half with a long drive — but a shot toward the endzone was intercepted by McAlester's Killian Barnes.

McCarty then found an open seam and turned on the afterburners for a 71-yard score and 28-0 lead midway through the third.

The Highlanders responded with a 40-yard touchdown pass to cut into the McAlester lead — then recovered an onside kick.

That would result in another MacArthur touchdown before McCarty blocked the point after attempt to make it a 28-13 McAlester lead after three quarters.

But McAlester answered with Boatright taking the option for an 11-yard untouched score to extend the Buffs lead. Boatright finished the night 9-of-18 passing for 165 yards and a score, plus the rushing touchdown.

MacArthur was later stopped on fourth down and McCarty added a touchdown run to seal the win.

McCarty led McAlester receivers with 75 yards, followed by Barnes with 59 yards, and Bass with 17 yards and a touchdown. Ethan Watkins added 53 rushing yards for the Buffs.