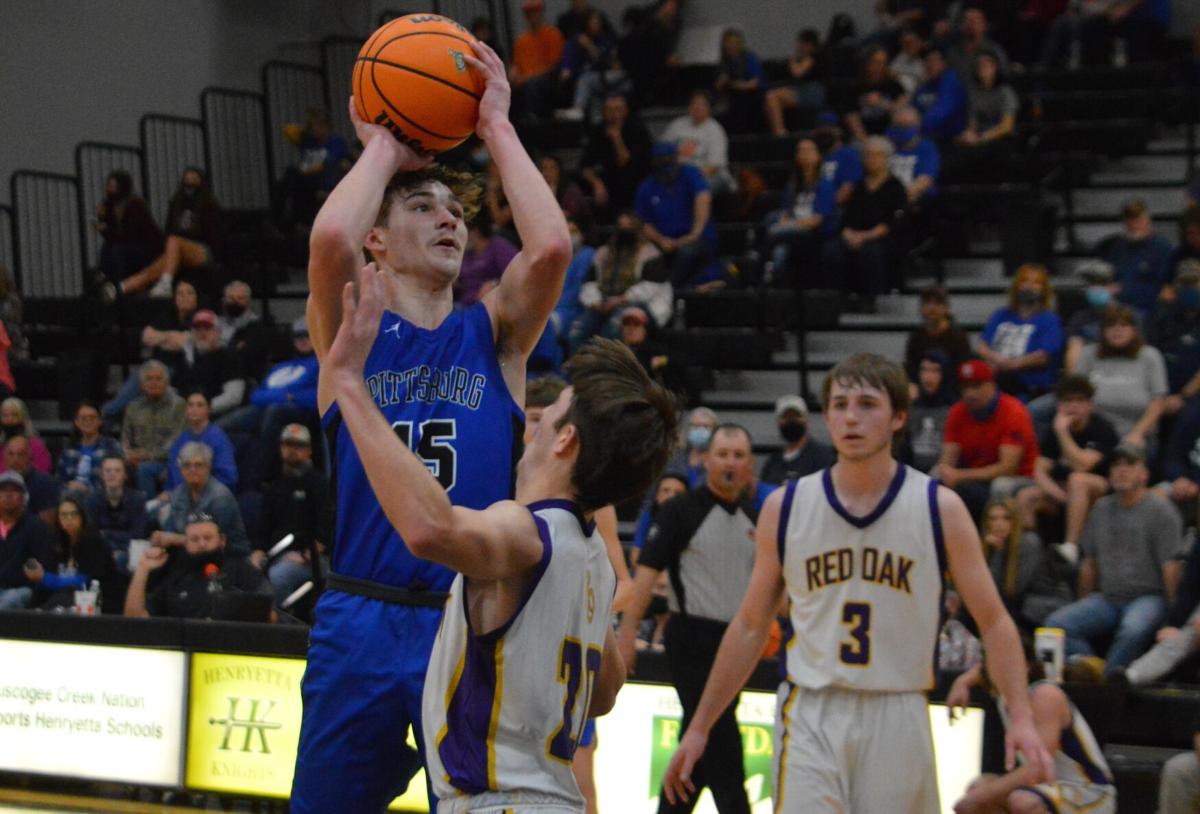 Colton Scott rises for a shot during Pittsburg's regional final game against Red Oak on Tuesday. 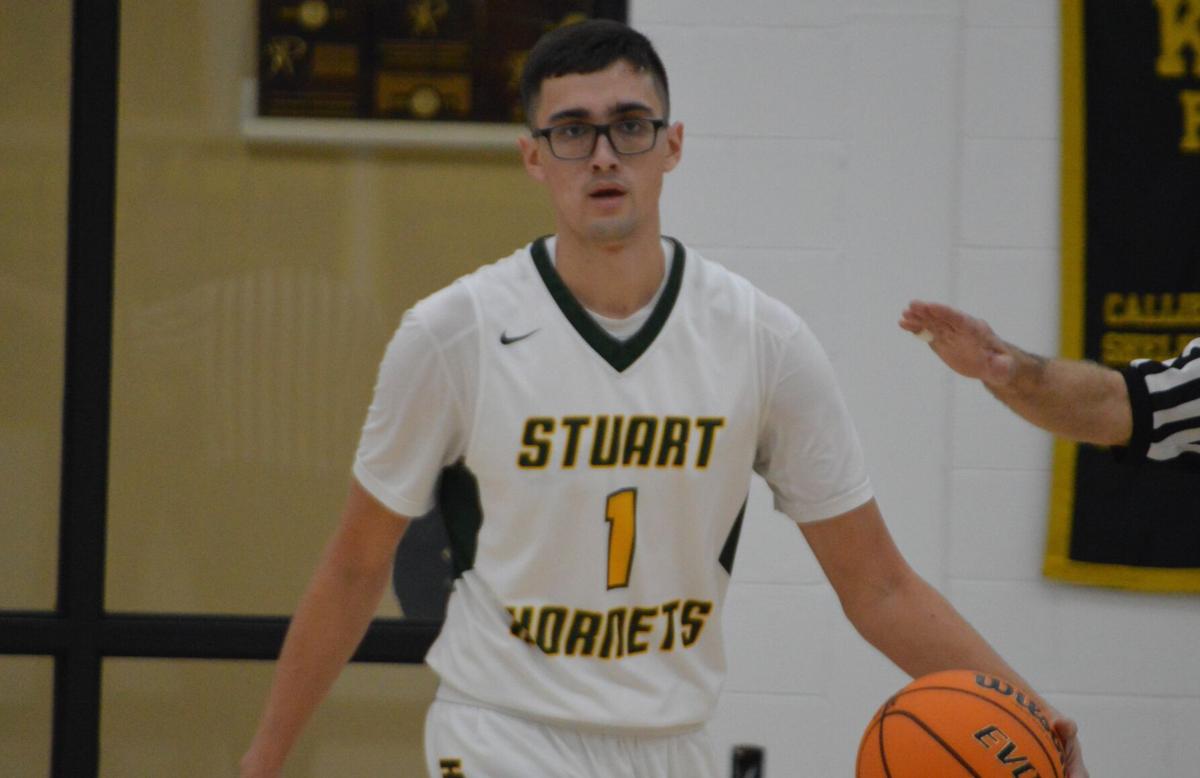 Stuart's Jared McIntosh hit the dagger that gave the Hornets a 44-42 victory and send them to the Class A Area IV Tournament on Thursday.

Colton Scott rises for a shot during Pittsburg's regional final game against Red Oak on Tuesday.

Stuart's Jared McIntosh hit the dagger that gave the Hornets a 44-42 victory and send them to the Class A Area IV Tournament on Thursday.

It all came down to the wire.

Pittsburg and Red Oak fought to the end during their regional final game on Tuesday, with the Panthers taking the 41-35 hard-won victory.

Coach Jim Jenson said it's all new territory for his youthful squad, but they respond well, and never put their heads down or get distracted.

"Just the fight, my young guys didn't panic," Jenson said. "We've kind of been great third quarter team in the last four or five weeks, and we kind of talked about that at halftime. We talked about 16 minutes and keep fighting, and don't panic. And man, they didn't. I'm so proud of them."

The game began with Carter Cross nailing a floating jumper, followed by a steal-and-score to give the Panthers an early lead. But the Eagles answered right back, leading to a 12-11 Red Oak lead after the opening quarter.

In the second, both teams turned up the defense. Every time one team did manage to score, the other soon followed with a bucket of its own. The Panthers refused to back down, and found themselves trailing just 17-15 at the half.

In the third quarter, Cole Allen drilled a three-point shot to get things going for the Panthers. That turned into a 7-0 run to open the second half and gave Pittsburg the lead once again. Later in the quarter, the Panthers rattled off another scoring run, capped off by a Cross long three at the buzzer to lead 32-23 heading into the final period.

After a 5-0 Red Oak scoring run to start the fourth, Matthew Rice responded with a drive through the lane to get the Panthers back into their scoring rhythm. Later, as the Eagles cut into the lead once again, Parker Horton drilled a pair of foul shots to create some space for the Panthers.

But the Eagles refused to go away, nabbing a steal and getting a foul to head to the line down three. They missed the one-and-one shot and, with Pittsburg securing the ball, was forced to foul.

Rice went to the line with seconds remaining, and sank both foul shots to extend the lead to two possessions. The Panthers grabbed a defensive rebound on the opposite end, and secured their victory at the charity stripe.

Horton led the way with 17 points for the Panthers, followed by Rice with 13 points, and Cross with 12 points.

Pittsburg will next play in the Class B Area II finals on Friday at 8 p.m. against Lomega at Stroud. And Jenson said although it's a quick turnaround, he's thankful they're in the position they're in.

The Stuart Hornets advanced to the area tournament after a thrilling last-second finish and a 44-42 win over Rattan on Tuesday in Tushka.

The Hornets and the Rams battled for one of the coveted spots in the Class A Area IV tournament, set to begin on Thursday in Shawnee.

Most of the game was spent trading buckets and the lead. But as the seconds waned down, the Rams hit a shot to tie up the game at 42-42. But they would miss the ensuing foul shot, with the Hornets securing the rebound.

That's when Stuart's Jared McIntosh drove the length of the floor, around a defender, and pulled up from the right elbow to sink the ball through the net and send the Hornets to the next round.

Stuart will now play in the opening round of the Area IV tournament at 3 p.m. on Thursday at Shawnee High School.

Here are the results from the Class A-B regional tournament action: