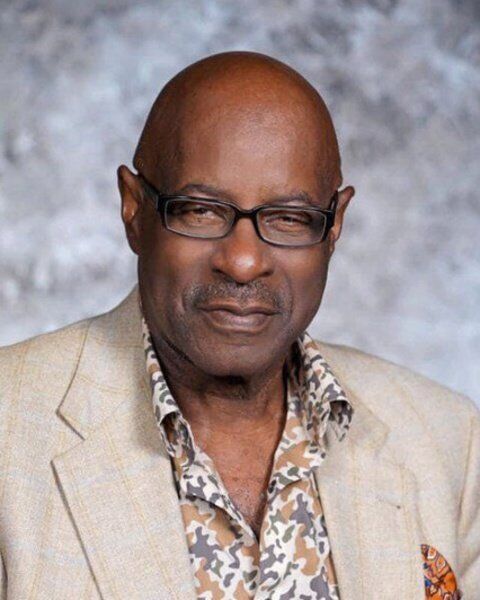 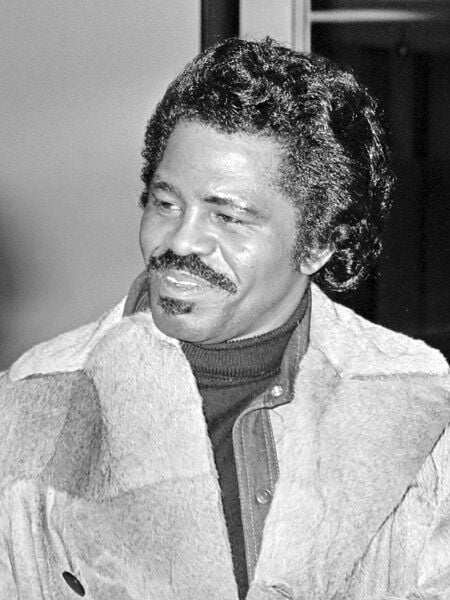 I — and I'm sure many others — am still trying to process the loss of McAlester's James Brown this week.

During his lifetime, he served as an educator at McAlester High School, several stints as McAlester city councilor, a member and then chairman of the Oklahoma Pardon and Parole Board, on the board of the East Central University Alumni Association and so much more.

At the time of his passing with complications following treatment for COVID-19, he filled a double role on the city council, serving not only as the Ward 4 city councilor but McAlester's vice mayor as well.

I sometimes shared a joke with him — a riff based on the name he shared with the great entertainer James Brown and the singer's famous tagline as "The Hardest-Working Man in Show Business!"

Every once in a while, when I would see Councilman Brown out and about, I'd greet him with something like "Hello James Brown — The Hardest-Working Man at City Hall!"

He always seemed to get a kick out of it and I know I did — a little nod of recognition to his years of service as well as the great entertainer whose name he shared.

It wasn't completely all in fun, though. McAlester Mayor John Browne told me how anytime the city of McAlester needed represented at events such as the Oklahoma Congress of Mayors or the Oklahoma Municipal League, Councilman Brown would always unselfishly give his time to represent the city he loved so well.

Those who got to know Councilman Brown remember him as a caring man. Many have told me over the past few days how he loved representing the city as well as the students he taught at McAlester High School. With Rosalyn Jones, he has sponsored the Afro American Club — open to all students, regardless of their race.

Every year during the Dr. Martin Luther King Commemorative Ceremony at Mount Triumph Baptist Church, he would bring his students so they could watch and listen to the event, which always includes a featured speaker and a couple of musical performances by the MLK Unity Choir.

I knew Councilman Brown as a down-to-earth caring individual from my personal experience and observations. I've never got to meet the other James Brown, the phenomenal entertainer — but I did know someone who got to spend some time with him.

Looking at some music histories today, it might seem like bands such as The Beatles, the Rolling Stones, the Beach Boys and Motown's various artists had the charts to themselves during the 1960s, but a look at the actual charts from the time showed they had plenty of competition from other vibrant artists, including James Brown and His Famous Flames — the remarkable soul-funk band that backed the singer not only during his live performances, but on recordings as well.

The Hardest-Working Man in Show Business wasn't the entertainer James Brown's only sobriquet — he was also known as Mr. Dynamite, the Godfather of Soul and Soul Brother No. 1.

I'd been an admirer of James Brown and his band, the Famous Flames, ever since I'd first heard "Papa's Got a Brand New Bag" and "I Got You (I feel Good)."

When I had a chance to talk with someone who'd spent some time with him, I couldn't wait to hear what he was like behind the scenes.

The late Bob Sullivan, of Tannehill, had spent much of his career as a recording engineer at the Sumet-Bernet recording studio in the Dallas-Fort Worth area. During his time with the studio, Sullivan said it wasn't unusual for touring artists to drop by and make a few recordings. Even though they might not be booked to record a full album or even a single, artists sometimes wanted to record something while it was still fresh, rehearse with the band or maybe just see what might happen within the studio environs.

That's how Sullivan told me he met the singer James Brown, who was in the Dallas area while touring with the Famous Flames. Sullivan told me how Brown brought his band to the studio one evening to see what they might whip up before they had to move on to their next tour stop.

As the session wound down, Brown and his band knew they had to get ready to catch a flight that night. Little by little, members of the Famous Flames faded away so they could catch the flight at the required time. For some reason, James Brown hung around the studio, checking things out — when he suddenly realized all his band members had already left and he had been left stranded at the site.

Sullivan told me that's when Brown asked him if he would mind giving him a lift to the airport.

Sullivan recounted how he told Brown he wouldn't mind giving him a lift, but he'd driven his old pickup to the studio that day. He didn't figure an entertainer of Brown's stature would want to be seen riding in that.

Brown put those apprehensions aside. He liked pickup trucks and sometimes drove them when he was back home in Georgia, he told Sullivan. Nope, he didn't mind at all to ride as a passenger in Sullivan's old truck.

When they arrived at the airport, Brown thanked Sullivan, and seeing he had some time before his flight, Sullivan said Brown asked him if he was hungry. Sullivan acknowledged that indeed he was, since he'd been at the studio all evening and did not have a chance to eat.

Brown invited Sullivan to park the truck and join him inside the airport, where they found a restaurant that looked about ready to close. When Brown and Sullivan walked in, they were able to make a last-minute order.

As the two ate, Sullivan noticed several workers looking at them from the kitchen area where there were cooking stations in the back. It was obvious they had a good idea of the identity of at least one of their late-night customers. Finally, the bravest among them stepped from the back and approached Brown and Sullivan at their table.

Looking at Brown, he asked a simple question: "Are you the man?"

Brown, looking up from the task he'd been performing with his knife and fork, nodded affirmatively.