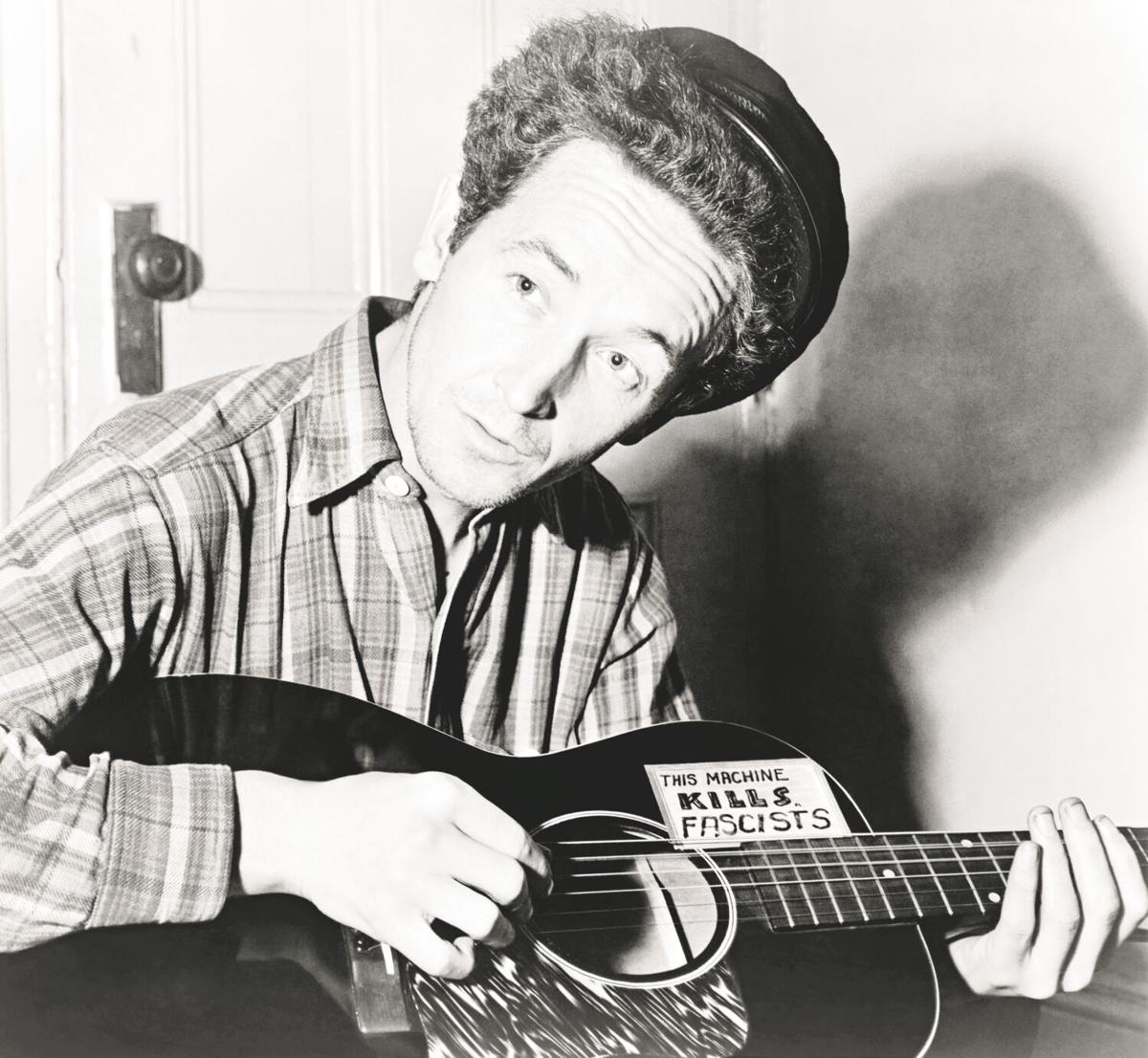 Woody Guthrie, the songwriter, poet and author from Okemah, Oklahoma, whose song “This Land Is Your Land, was sang during the 59th Presidential Inauguration ceremonies in Washington. 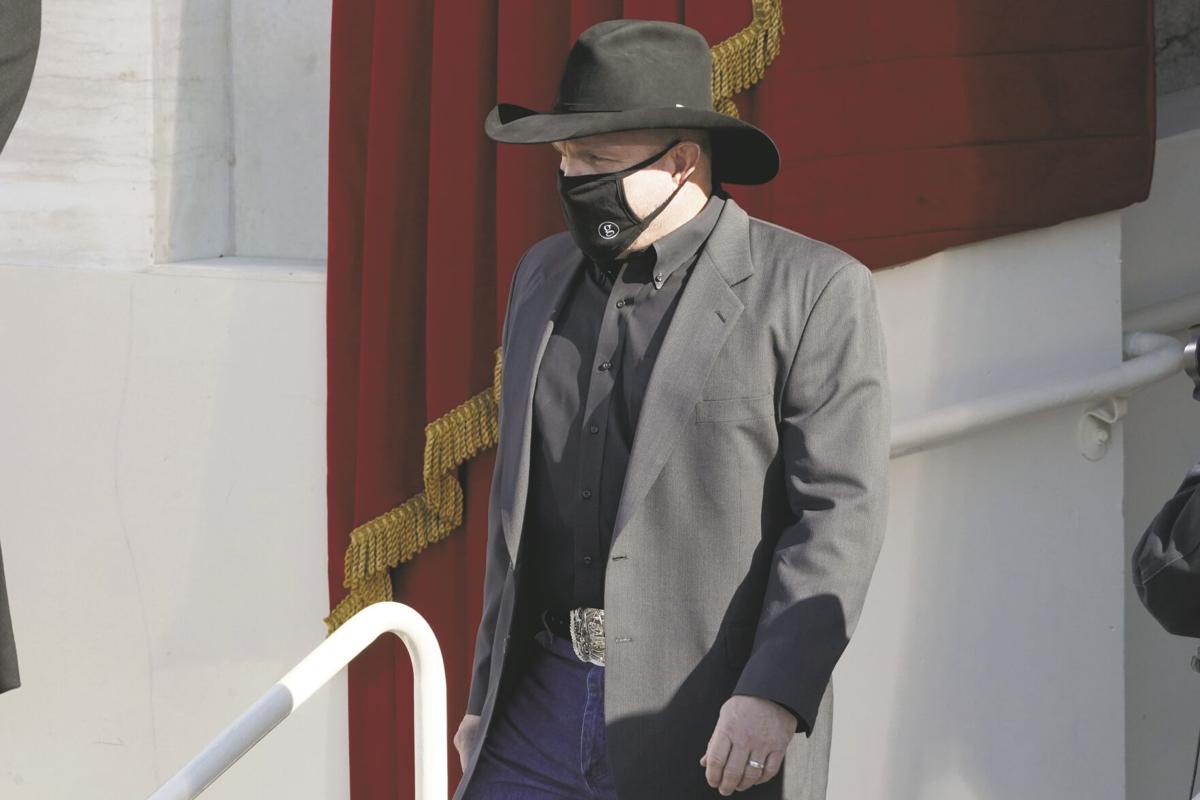 Woody Guthrie, the songwriter, poet and author from Okemah, Oklahoma, whose song “This Land Is Your Land, was sang during the 59th Presidential Inauguration ceremonies in Washington.

A song written by Oklahoma native Woody Guthrie had a part in the inaugural proceedings, soon followed by a rendition of an enduring hymn by Oklahoma’s own Garth Brooks,

I have to admit I felt surprised when Jennifer Lopez, dressed in a resplendent white outfit, descended a blue-carpeted staircase, walked up to a microphone, and started singing a slowed-down chorus of “This Land Is Your Land” during the inauguration ceremony to swear in Joe Biden as the nation’s 46th president.

Many Oklahoma music-lovers are well aware that native Oklahoman Woody Guthrie wrote “This Land Is Your Land.”

Whether a supporter of Biden, Donald Trump or one of the independent candidates (hey, Kanye West was on the ballot in Oklahoma, even though he’d dropped out the race), I think Oklahomans should be proud to hear one of our native son’s songs sang at a presidential inauguration.

After countless times hearing, and performing Woody’s anthemic song, I’m still thrilled at the poetry of the first verse, which J. Lo sang after the opening chorus:

“As I went walking, that ribbon of highway, I saw above me that endless skyway. I saw below me, that golden valley. This land is made for you and me.”

I thought it very cool that a song written by a fellow up the road from McAlester, in Okemah, Oklahoma, was being sang at a presidential inauguration.

After the opening chorus and first verse, J. Lo. suddenly began singing the words “This land, this land, this land was made for you and me” — not exactly the way Woody wrote it. Hey, what about the second verse? I wanted to hear the lines where Woody wrote “I roamed and I rambled and I followed my footsteps to the sparkling sands of your diamond desert.”

Alas, it wasn’t to be. J. Lo segued into a part of “America the Beautiful,” before rolling back into the chorus of “This Land Is Your Land.” She suddenly said a few words in Spanish, of which I could pick up only a few. I later learned she had cited the last few words of the Pledge of Allegiance: “One nation, under God, with liberty and justice for all.”

OK. Who cannot be for that?

Soon after Lopez finished her song with its Oklahoma connection, Garth Brooks came ambling down that same blue-carpeted stairway. Wow, Oklahoma is well-represented today, I thought.

If Lopez selected an all-white clothing ensemble, Garth went the opposite way, with a black shirt and jacket, a huge black Stetson (of course!) and even a black face mask, which he removed before he sang. He did strike a populist note by wearing his blue jeans and I’m sure he had on black boots, too. I couldn’t help but chuckle to myself as a I thought of the lyrics to one his signature songs. “Blame it all on my roots, I showed up in boots, and ruined your black tie affair.”

That sentiment certainly did not apply to his performance the inauguration. Someone handed Garth a microphone, respectfully removing his Stetson, he waited for a trumpeted introduction, then began an inspiring a cappella version of a timeless hymn.

“Amazing grace, how sweet the sound, that saved a wretch like me,” Garth sang. “I once was lost, but now I’m found, was blind, but now I see.”

He then sang one of the later verses: “When we’ve been there 10,000 years, bright shining as the sun. We’ve no less days, to sing God’s praise, than when we first begun.”

Garth then paused to address those present, inviting those attending the inaugural to join him in singing the song’s opening verse again, He then turned to the camera to extend the invitation to all of those watching on television.

“Not just the people here, but the people at home, at work, as one, united,” Garth said as those present — and I’m sure many watching on television across the nation — joined him in song.

As I reflected on the inclusion of Woody’s song and Garth’s singing at the event, I would later learn one more thing about the reach of Woody’s work.

Although his song “This Land Is Your Land” is one of the most recognizable songs in America, it’s likely to become even more-well known now.

Shortly after J. Lo’s performance, Google Trends showed “This Land Is Your Land” to be the top-trending search query not just in the United States, but in the world.

Not bad for a guy from Okemah, Oklahoma.