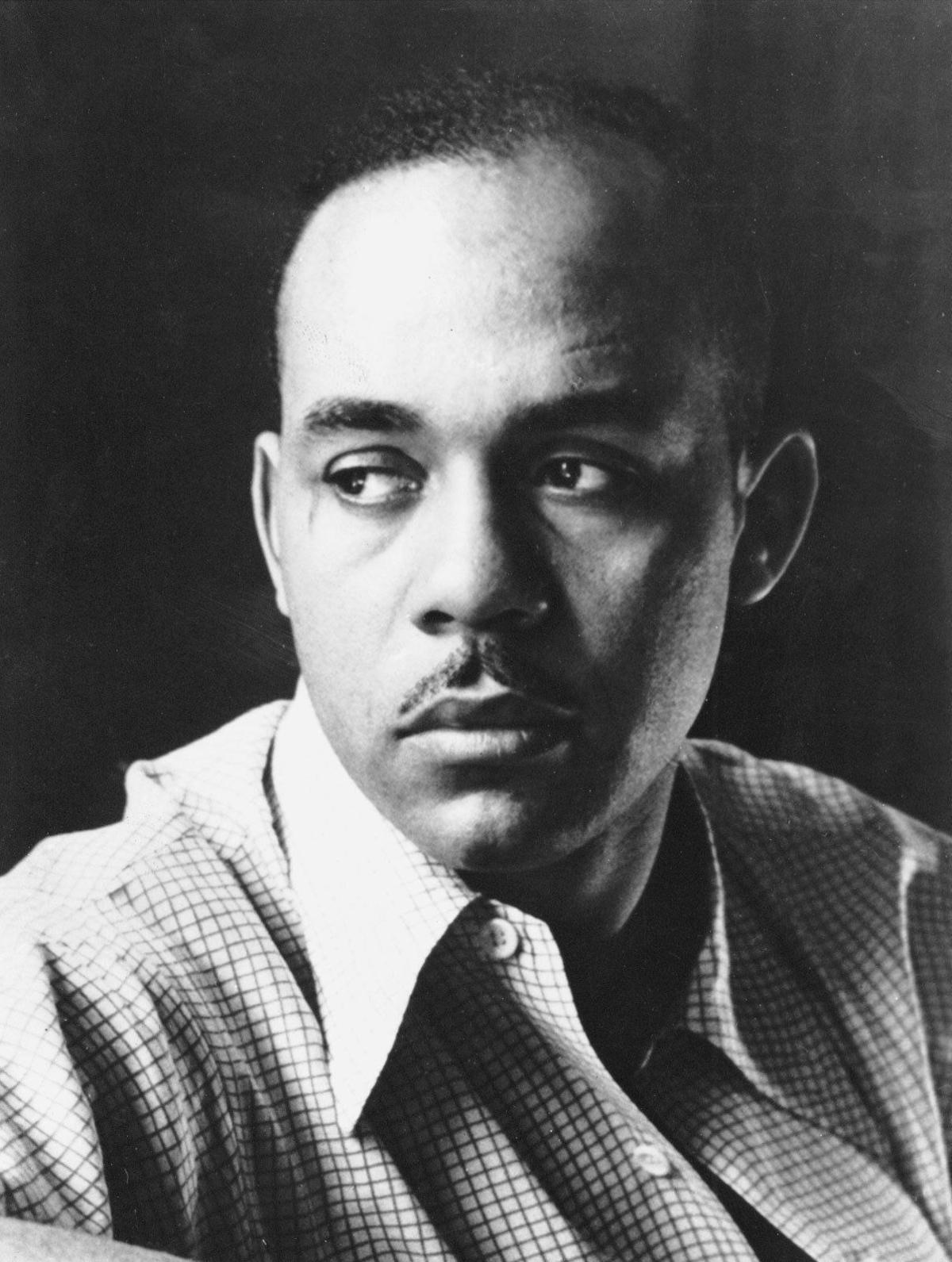 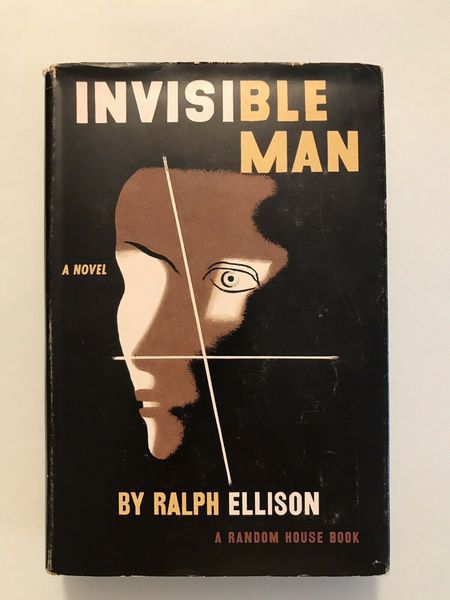 The cover of “The Invisible Man” by Ralph Ellison, published in 1952, won the National Book Award in 1953. 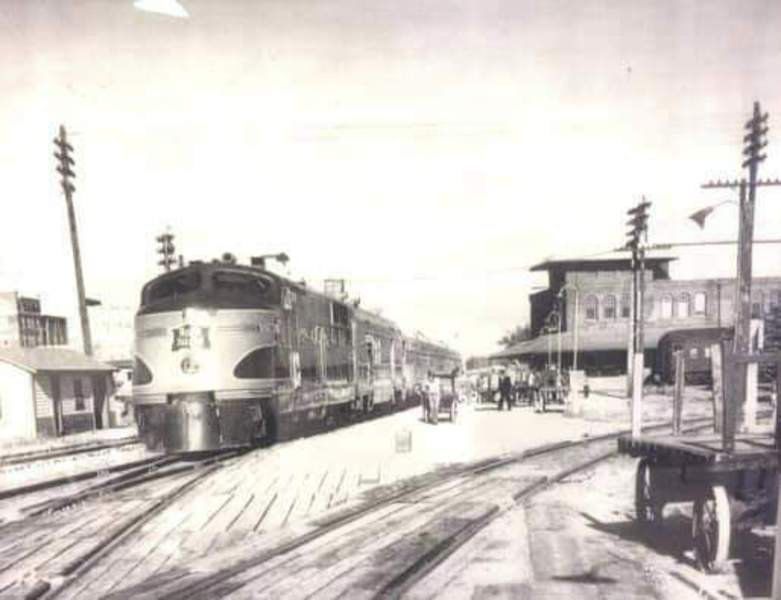 A train pulls into McAlester’s Union Station during the 1930s/1940s.

The cover of “The Invisible Man” by Ralph Ellison, published in 1952, won the National Book Award in 1953.

A train pulls into McAlester’s Union Station during the 1930s/1940s.

“The train whistle sounded very sad and lonesome. Well, now they were going to McAlester, where Mama would have a nice job and enough money to pay the bills. Gee, Mama must have been a good worker for Mr. Balinger to send all of the way to Oklahoma City for her to come work for him. Mama was happy to go, and he was glad for Mama to be happy; she worked so hard now that Daddy was gone.” – "The Boy on a Train" by Ralph Ellison

Ralph Ellison delivered a speech on May 14, 1972 in New York City to the Black Perspective Conference entitled, “Roscoe Dunjee and the American Language.” The opening paragraph of this speech was as follows, "I confess my debt to a great newspaperman who influenced me long before I realized that I would ever be anything but a musician. That man's name is Roscoe Dunjee. He was editor of the "The Black Dispatch" in Oklahoma City. It is still in existence (1972) and still an important paper. I sold it when I was fresh out of diapers. There's a pun in that, but I mean to imply only that I sold it when I could barely talk, and continued to sell it up into my teens. Of course, there were other black newspapers as well as the Dispatch, The Afro-American, The Pittsburgh Courier, The Kansas City Call —  and my early childhood and adolescence were tied up with reading and selling them. I sold them in Oklahoma City, sometimes from my bicycle, but more often walking and peddling them. In McAlester, Oklahoma, where I spent my eleventh year, I would get up at 4:00 a.m. and a friend and I would load our wagons with the local papers — the white papers and those we called Negro papers — and delivered them. We shouted their headlines through the black community for hours until we had either lost our voices or had all of the money, we could make on those Sunday mornings."

Ralph Waldo Ellison was born in Oklahoma City on March 1, 1914. His father was a construction foreman and later the owner of a small ice-and coal business who died when his son was 3. Ellison and his younger brother, Herbert, were raised by their mother, who worked as a nursemaid, janitress, and domestic, and was active in politics. As a child he was drawn to music, where he was a first-chair trumpet player and conductor of the school band. He graduated high school with honors in 1931.

He left Oklahoma City, on a freight train to study music at Tuskegee Institute in Alabama from 1933 to 1935 and traveled to New York City in 1936 to study sculpture. Ellison was introduced to novelist Richard Wright in 1937, who urged Ellison to become a writer. That year, Ellison wrote his first short story and published book reviews. From 1938 to 1941 he worked as a member of the New Deal’s Federal Writer’s Project and by 1939 began the publication of eight short stories. He began to write “Invisible Man” in 1945 and it was published in 1952. The book was on the best seller list for 16 weeks and Ellison received the National Book Award for the work in 1953. “Invisible Man” is considered by scholars to be among the top five books of the 20th century.

For those who have yet to read Ellison’s only novel written between 1945 and 1952 its plot and themes seem shockingly relevant and possibly even a story written today. The narrator of “Invisible Man” is a nameless young black man who moves in a 20th-century United States where reality is surreal and who can survive only through pretense. Because the people he encounters "see only my surroundings, themselves, or figments of their imagination," he is effectively invisible.

From 1955 to 1957 Ellison was a fellow of the American Academy in Rome. Returning to the United States, he taught and lectured at a wide range of institutions including Bard College, the State University of New York at Stony Brook, the University of Chicago, Rutgers, Harvard, Brown, and Yale. He was awarded the Presidential Medal of Freedom in 1969. Oklahoma’s most celebrated native son, author Ralph Ellison, died on April 16, 1994 in Harlem.

When Ralph Ellison died in 1994, it was known that his papers included an ambitious novel in progress. No one knew, however, that he also left behind a half-dozen short stories, all apparently written before “Invisible Man. The stories turned up unexpectedly while Ellison’s literary executor was searching for missing pieces of Ellison’s novel in progress at the writer’s Manhattan apartment. When Fanny Ellison, the writer’s widow, lent a hand. She said, “There’s a box under the dining room table. Have a look.”

At the bottom of the box was found an imitation leather briefcase. Inside the briefcase was a manila folder labeled, “Early Stories,” and inside the folder were six stories typed on brown, crumbling paper and marked with revisions in Ellison’s hand. The dates point to the late 1930s and one of those stories, “Boy on a Train,” tells of a small boy traveling with his mother and infant brother from Oklahoma City to McAlester, where his widowed mother has been promised a job. The boy looks excitedly out the window, taking in the rush of new sights and impressions, but he is interrupted when his mother begins to reminisce about her husband, and then to cry and pray over the family’s predicament. “Now your father’s gone from us, and you’re the man” she tells her son. “Things are hard for us colored folks, son, and it’s just us three alone and we have to stick together. Things is hard and we have to fight…O Lord, we have to fight.”

We learn from Ellison’s 1972 speech that he spent his 11th year in McAlester including delivering the Black Dispatch and other newspapers. With the 1994 discovery of these early short stories we also now know that Ralph Ellison was himself (James) the “Boy on the Train” to McAlester.