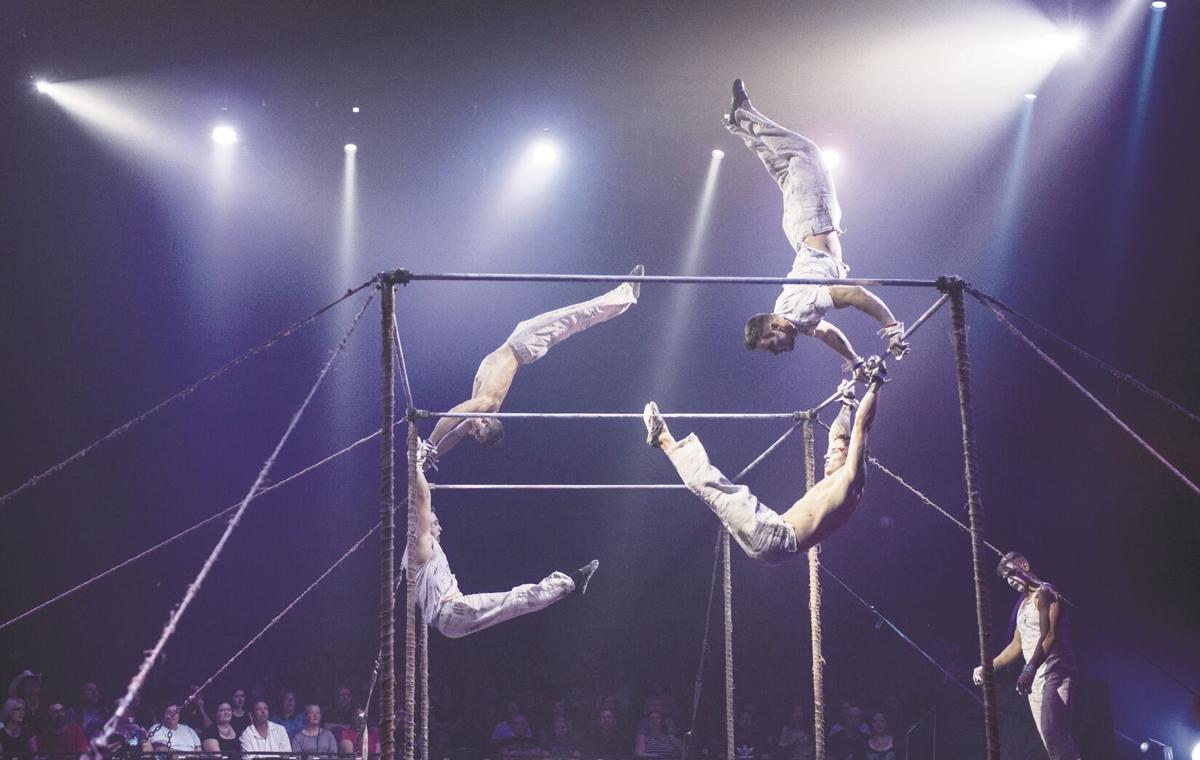 The Crows, a group of acrobats, are among the performers with the Paranormal Cirque, set for six performances at the Expo Center in McAlester, Oct. 4-6. 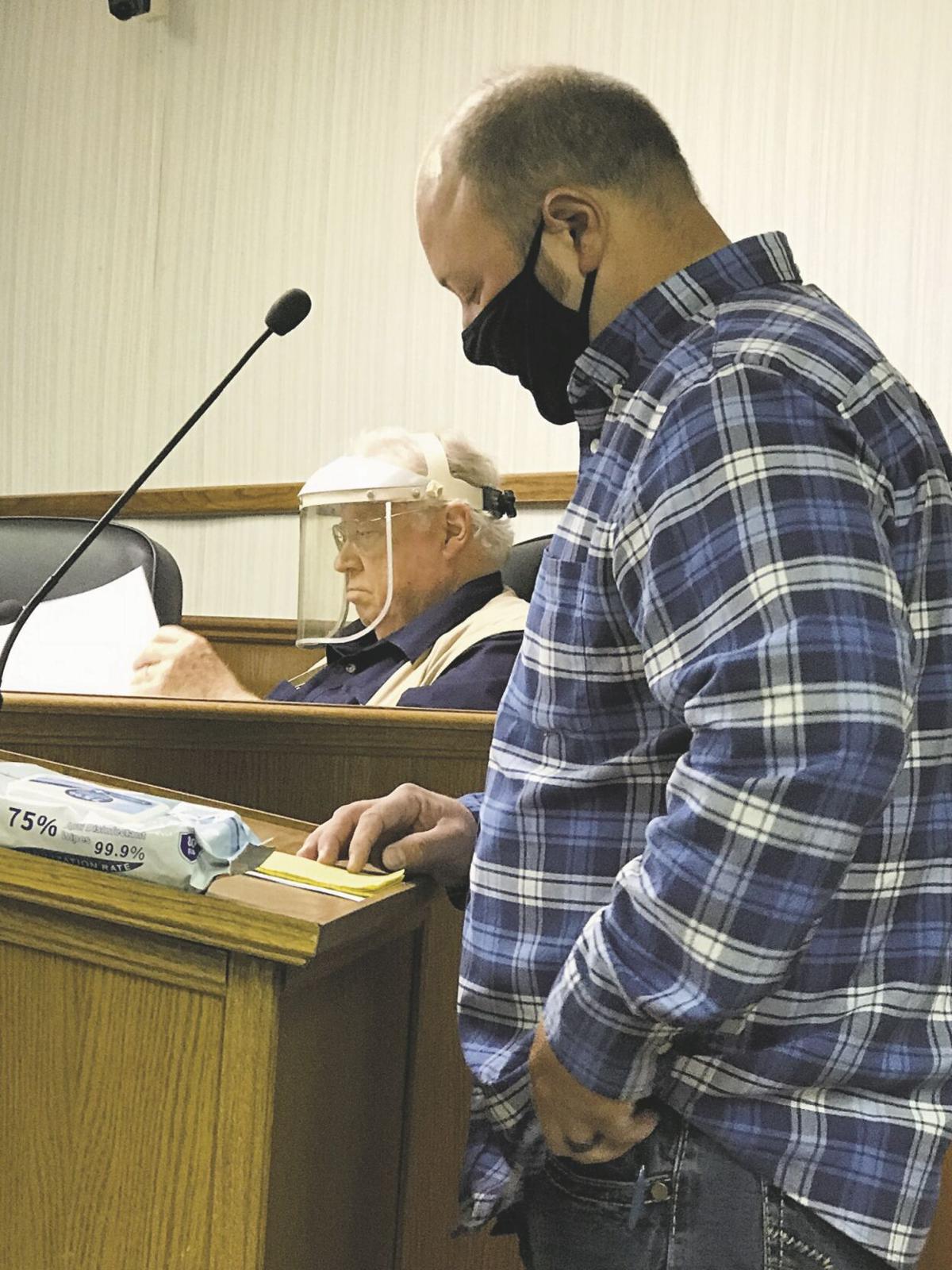 Pastor Clint Gray addresses the McAlester City Council on behalf of a group which is opposing scheduled Paranormal Cirque shows set for Oct. 1-4 at the Expo Center in McAlester, while Ward 1 Councilor Weldon Smith looks over some paperwork.

The Crows, a group of acrobats, are among the performers with the Paranormal Cirque, set for six performances at the Expo Center in McAlester, Oct. 4-6.

Pastor Clint Gray addresses the McAlester City Council on behalf of a group which is opposing scheduled Paranormal Cirque shows set for Oct. 1-4 at the Expo Center in McAlester, while Ward 1 Councilor Weldon Smith looks over some paperwork.

The show will go on — even if it is opposed by a local pastor and others who support his stance.

That’s the word from city of McAlester Tourism Director Billy Sumner, who spoke with Pastor Clint Gray after Gray told the McAlester City Council that he is opposed to bringing the Paranormal Cirque to the Expo Center grounds for some shows, which are set for early October.

Gray, of the Arpelar Faith Assembly of God Church, told McAlester city councilors he was also speaking for other pastors.

“I just want to share my heart,” Gray told city councilors during their Tuesday night meeting at City Hall. “I’m speaking for local pastors who are here. We are against this event coming to our community. It’s rated “R.”

“I think this is going to open doors we don’t want to open,” Gray said.

Several others attended the meeting, including District 3 County Commissioner Ross Selman. They did not address the commissioners, but said they were there to support Gray.

McAlester Mayor John Browne told Gray that since the item was not on the meeting agenda, neither he nor the city councilors could directly respond to his statements.

Gray nodded and thanked the council for listening.

Sumner spoke with Gray and some of his supporters in the lobby at City Hall after they exited the meeting.

“I told them we’re taking nothing personal with them coming to speak their heart,” Sumner said Thursday.

“Tourism is just trying to bring new and exciting events to McAlester. This is something McAlester has never seen before.” Sumner said McAlester has been wanting more “big events” and that’s why the Paranormal Cirque has been booked for six shows on the Expo Center grounds .

The Paranormal Cirque is set to roll into McAlester to get the shows set up for the Oct. 1-4 performances. The troupe sets up it own tents for the shows.

It’s set to mark the first large scale public event at the Expo Center since a regular circus held at the venue in August.

Sumner calls the show “a creative horror story that uniquely combines theater, circus and cabaret with a European flair.” He said no animals are used in the shows. He said it features acrobats, illusionists, mysteries and more,

What about the concerns Gray cited about an R-rated event?

“Yes, this is rated R,” Sumner said, due to language and theatrical themes. Those from ages 13 to 17 can attend, if accompanied by a parent or guardian with a valid ID, he said.

“This show has performed all over the United States,” Sumner said. “People who have seen it in other cities are wanting to come here and see it again.

“I’m excited to see this show coming to the Expo Center, he said.

Sumner said masks or other protective facial coverings are required. He said sanitation will be ongoing and he expects social distancing protocols t be maintained.

Sarah Kessler, a media representative with Paranormal Cirque, said “There’s nothing paranormal, despite the title.” She said it includes motorcycles, trapezes, comedy and other elements.

“Especially with Halloween coming up, it’s very unique,” she said. Kessler said there is dark lighting and costumes. Elements of the show contain some dark themes.

“Before people judge the show, they should see one,” said Kessler.

Paranormal Cirque shows are scheduled for the McAlester Expo as follows:

Advance tickets can be ordered online by going to www.parannormalcirque.com. Plans also call for a box office to open on-site at the Expo Center on the Tuesday the week of the show, which would be Tuesday, Sept. 30. The on-site box office is to be open from 10 a.m. until 6 p.m. on non-show days and from 10 a.m. until 10 p.m. on show days.

Tickets begin at $10, depending on availability.

Also, tickets can be purchased by phone at 1-941-704-8572. Media representative Sarah Kessler said the company responds to text messages. Organizers said a special promotion is offering $5 off and full-priced ticket purchased in Levels 1, 2 or 3. She said to phone the 1-941-704-8572 number to get the promo code for the McAlester location.