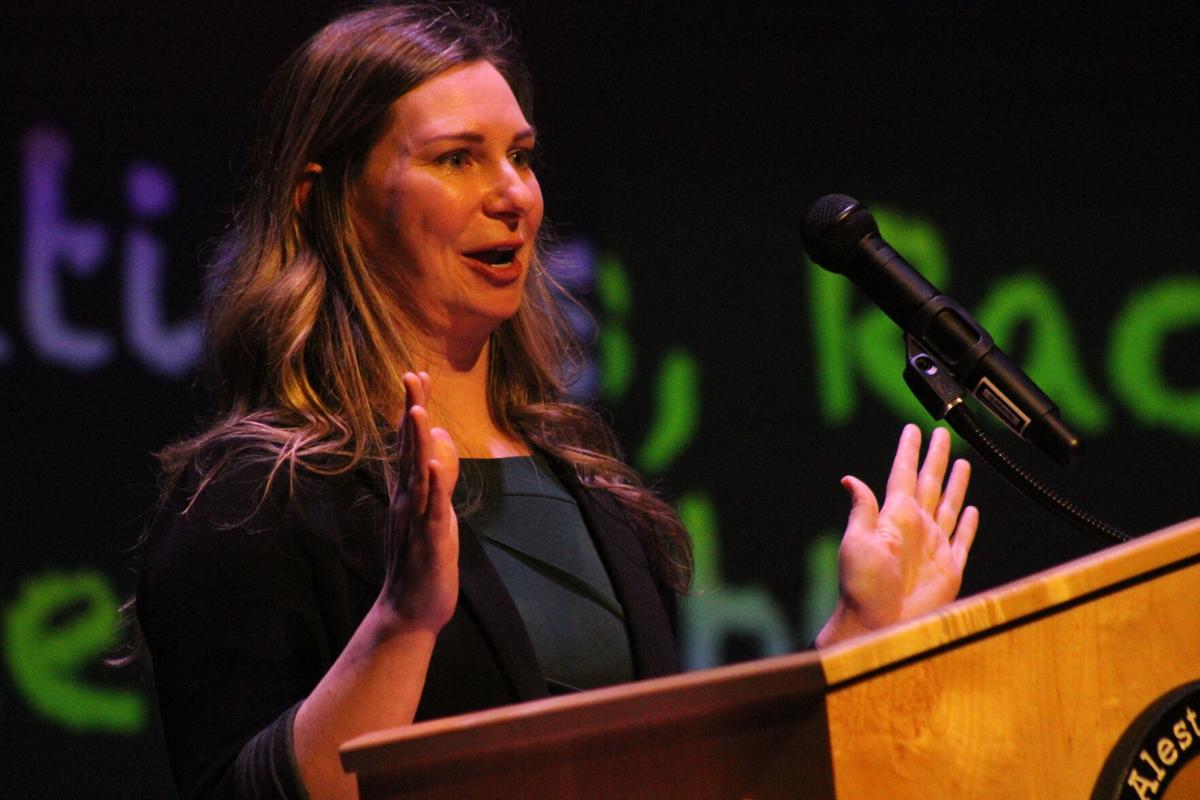 Rachel Morris was named the 2021 McAlester Public Schools Teach of the Year. 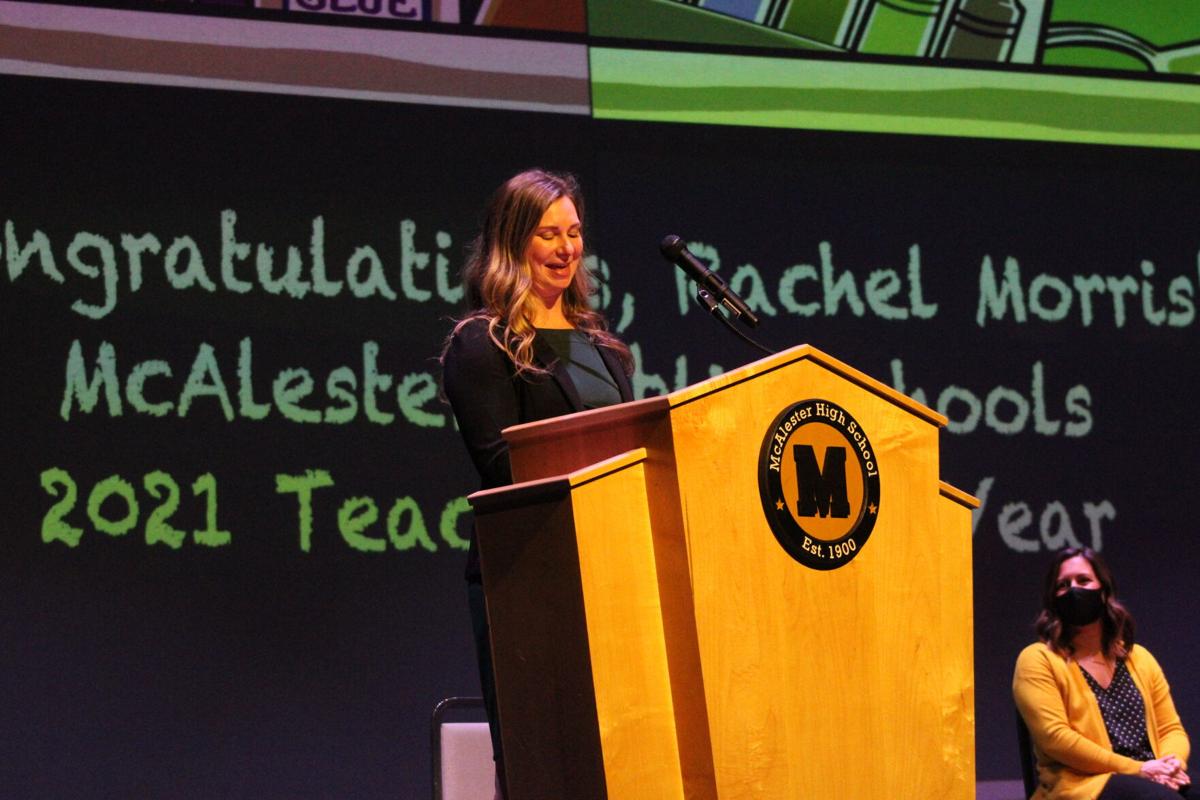 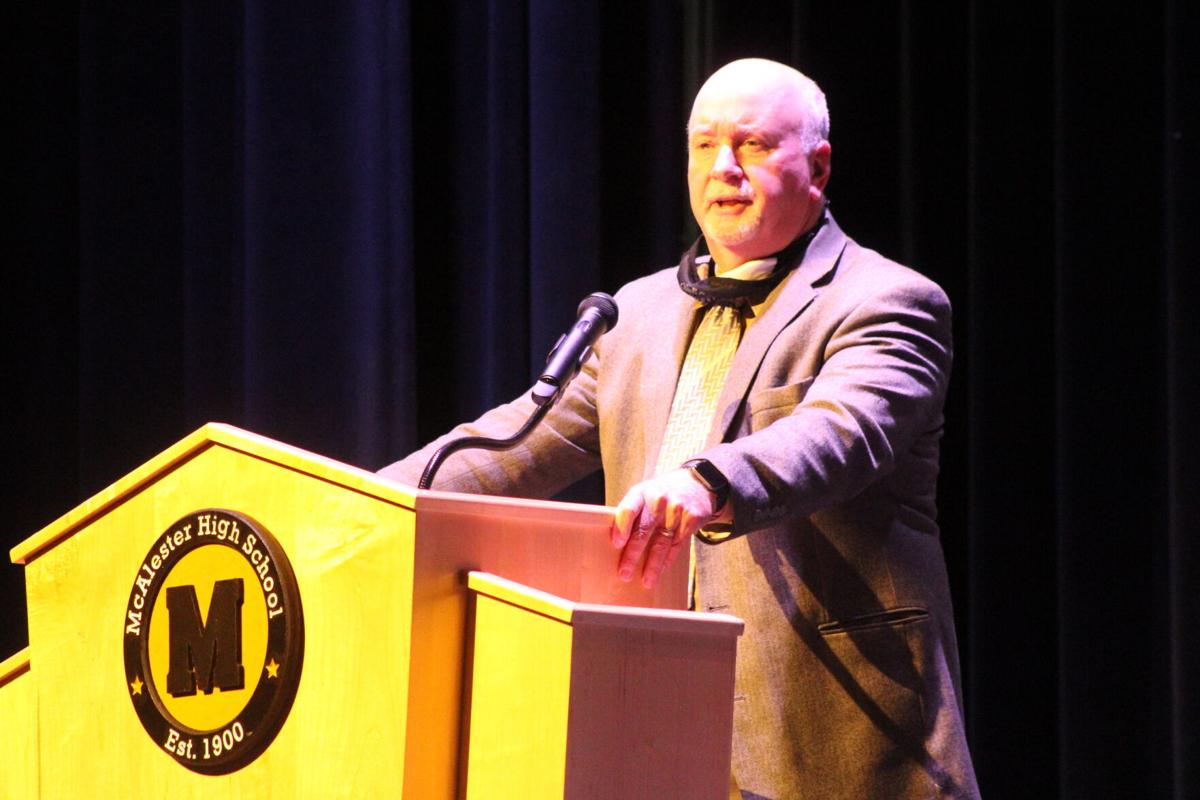 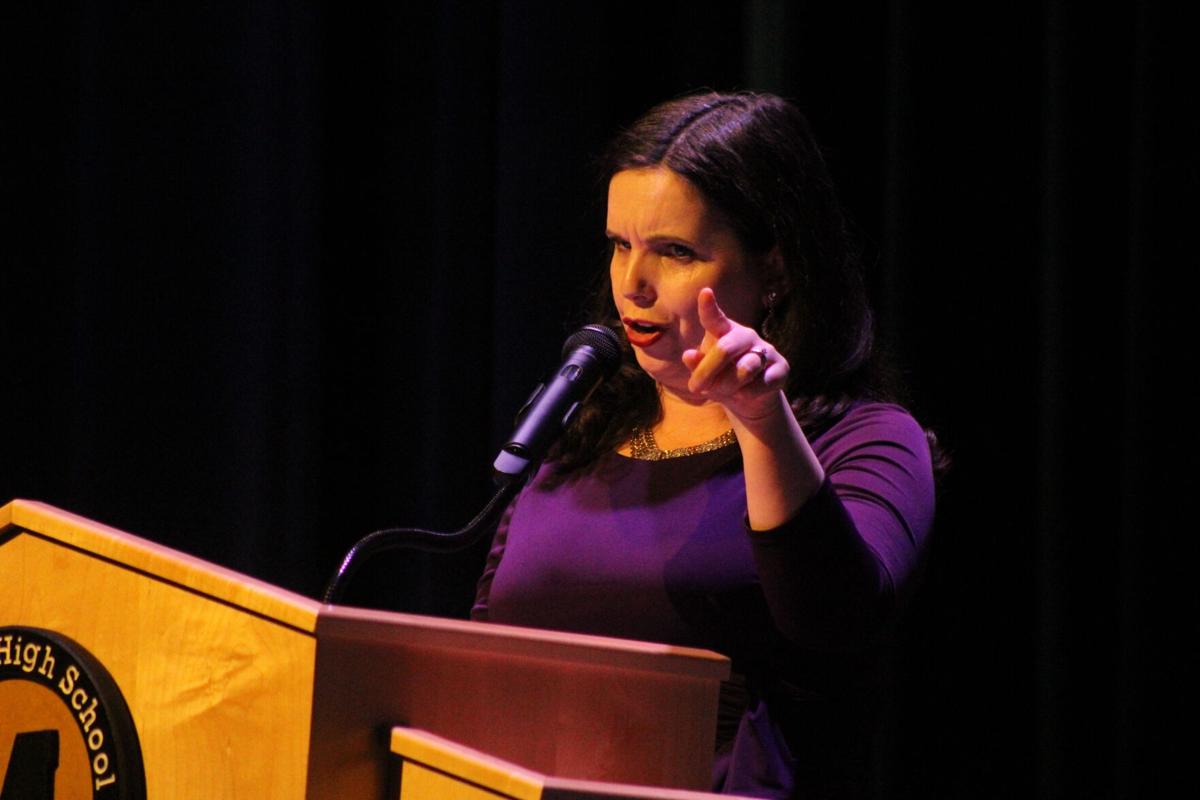 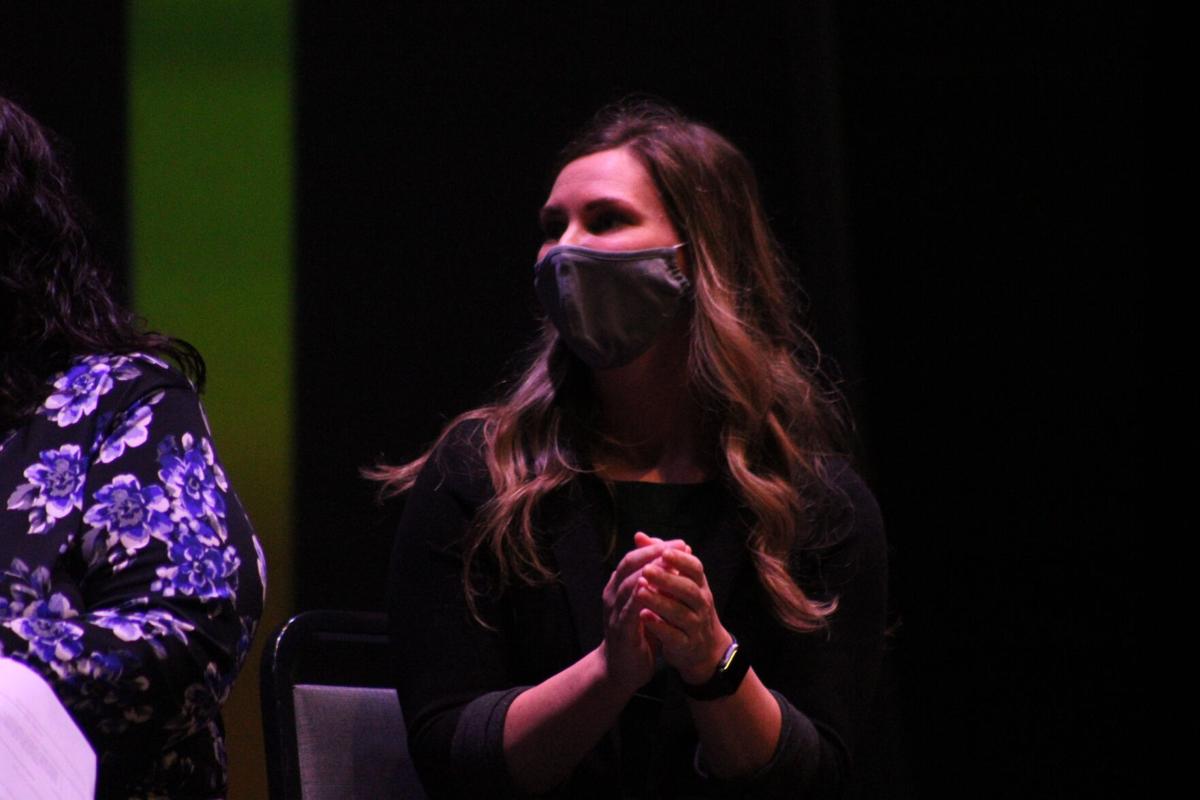 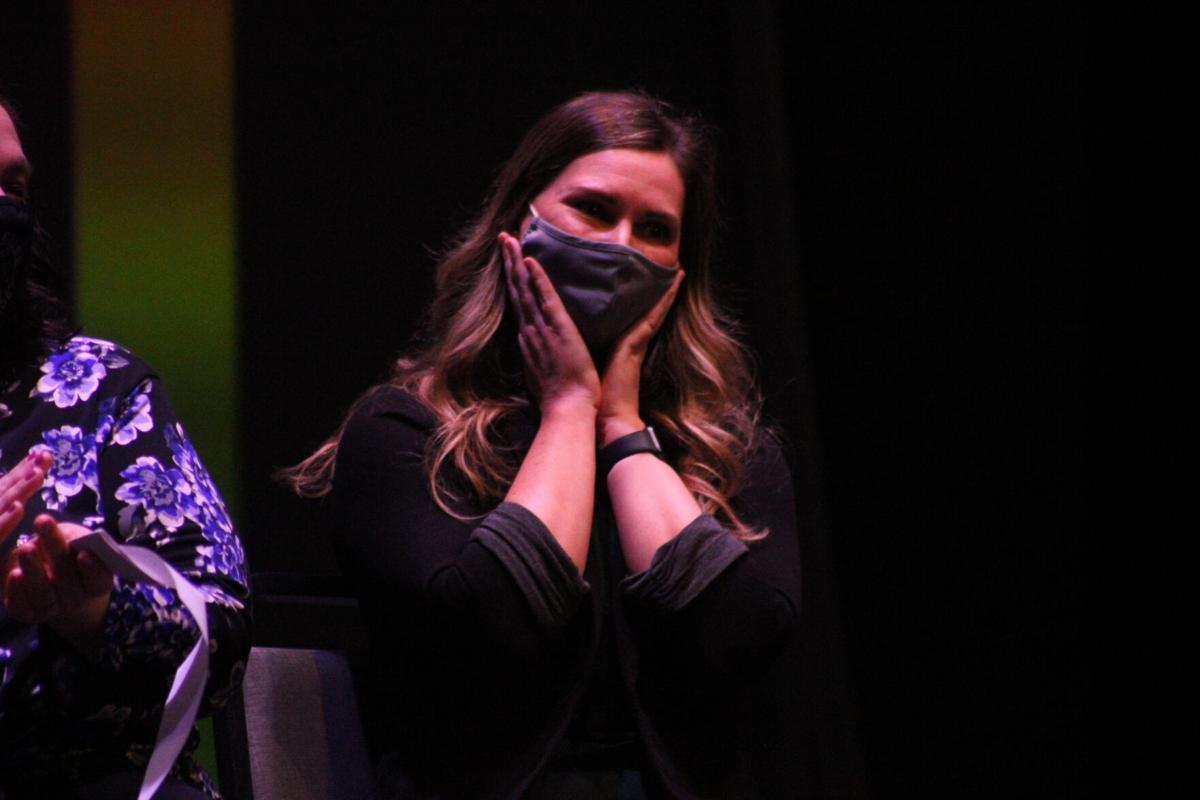 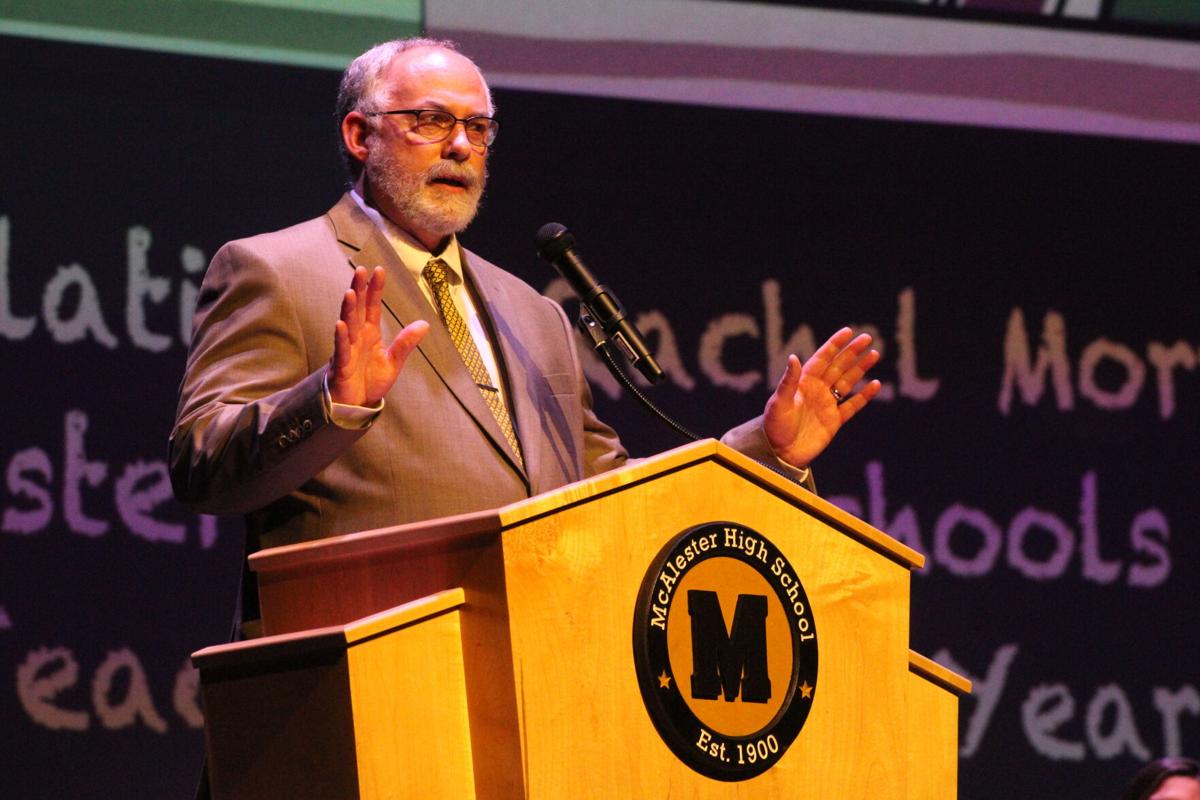 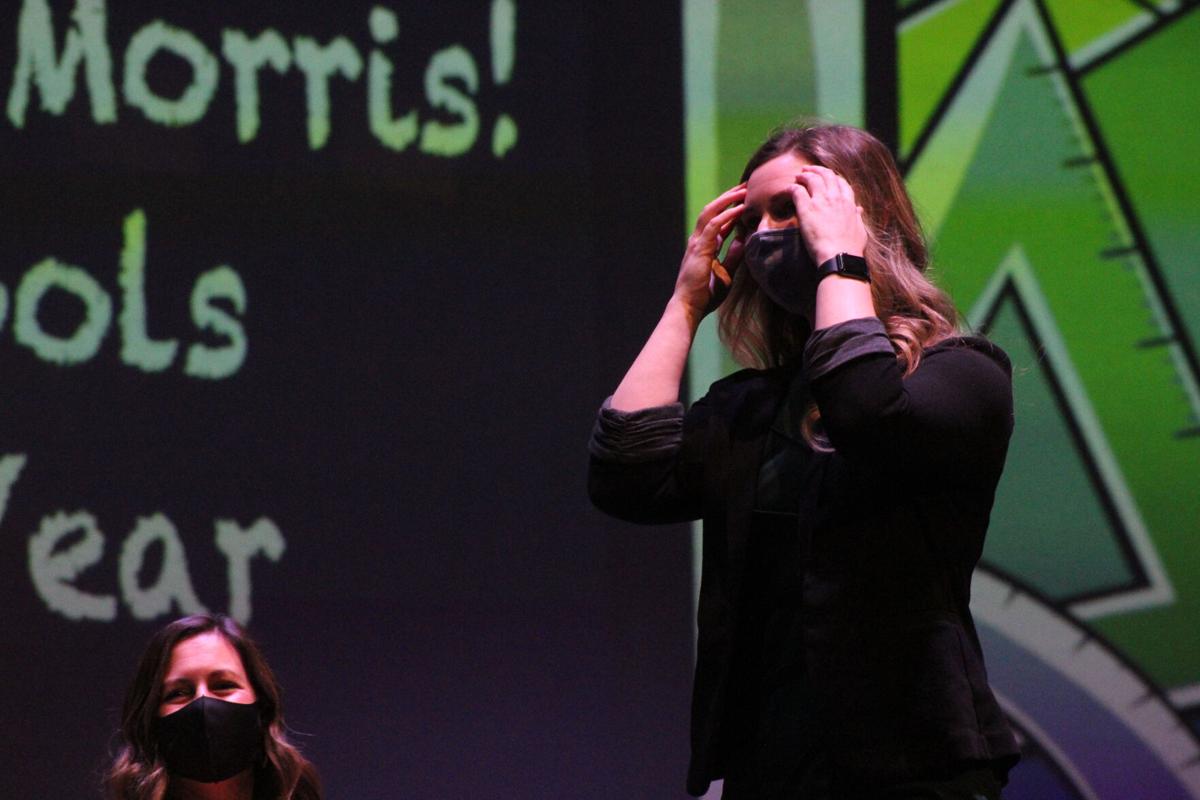 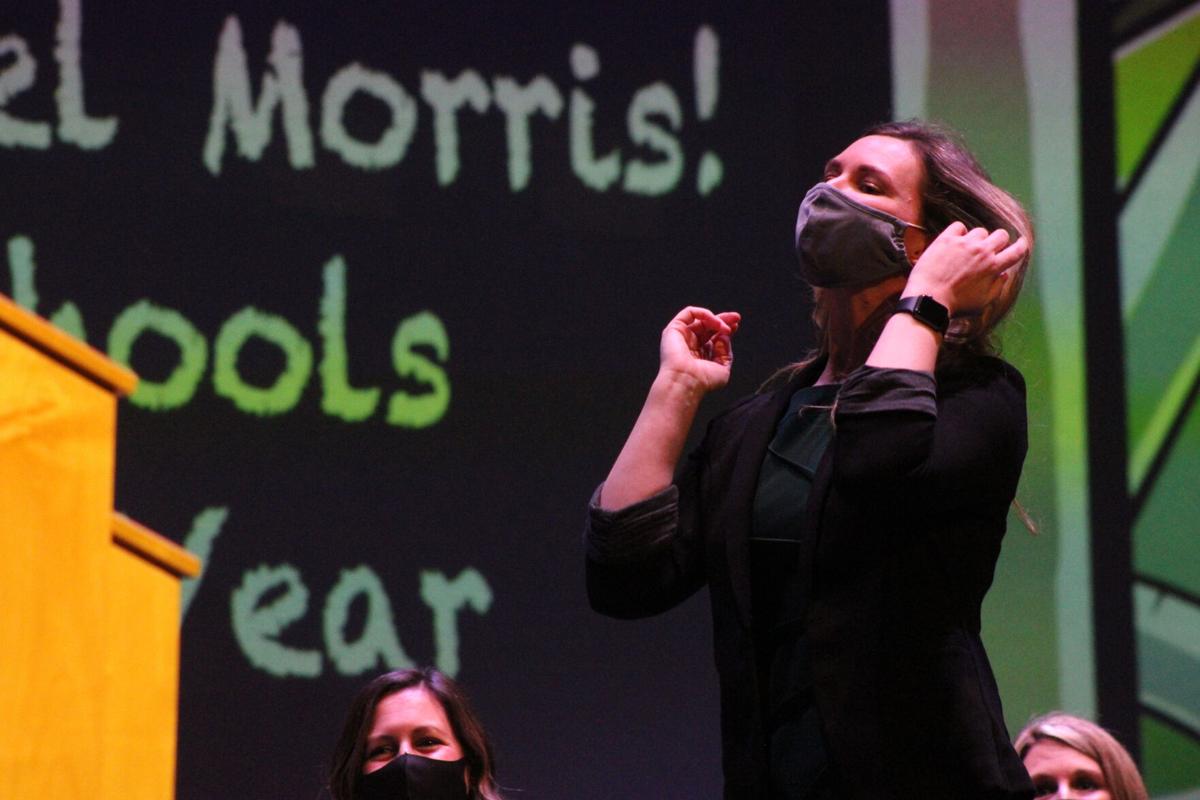 Rachel Morris was named the 2021 McAlester Public Schools Teach of the Year.

Rachel Morris believes in making education something students want to do.

She was named McAlester Public Schools’ 2021 Teacher of the Year during a ceremony Thursday at S. Arch Thompson Auditorium and called the past year “by far the hardest” of her 14-year career as an educator.

But she said a quote — “learning is optional” — continues to motivate her.

“That’s powerful as a teacher,” Morris said. “It’s made me just sit back and think ‘what am I doing to make this voluntary activity worth someone’s time?’”

Morris, who also won the award in 2016, said she enjoys working with talented people who care about student success and have overcome challenges presented by the COVID-19 pandemic.

She grew up in Eufaula and graduated from Eufaula High School in 2002. Morris graduated from the University of Oklahoma in 2006 with a bachelor’s degree in special education.

Morris started her teaching career as a freshman English teacher for special education at Norman High School. She continued her education and earned master’s degree in 2008.

She returned to Eufaula in 2011 and was hired at McAlester High School, where she has taught all levels of English for special education. Morris also took on advanced placement language and composition at the high school.

In 2019, Morris worked with other teachers statewide to develop and improve resources for academic standards in language arts.

Morris is also an improvement fellow for the Oklahoma State Department of Education, chairs the Foundations and English teams, and serves on the McAlester High School leadership team.

Tim Collier, the 2020 MPS Teacher of the Year, said Morris has inspired him and he congratulated her on winning the award again.

He said the last year has been difficult for teachers amid the COVID-19 pandemic, but overcoming those challenges presented blessings.

“We were blessed,” he said during the ceremony. “We were put in a situation where we had to learn not only how to use technology but how to use it in ways that no one had ever thought about before.”

Jena Nelson spoke about the importance of public schools and teachers in changing lives.

The 2020 Oklahoma Teach of the Year detailed her childhood and how a teacher at Broken Bow High School turned her toward a brighter future.

Nelson said she faced trauma and abuse as a child before her life changed at Broken Bow High School due in part to teacher Stephen Smallwood.

“I was full of rage and looking to fight a group of girls that were bullying me and he saw and he stopped me,” Nelson said. “He said ‘you need to take all of that anger and al of that passion and put it into my drama class.’”

She said that interaction led her to pursue higher education and she became the first in her family to attend college in 1996 — the same year Smallwood was named the state’s Teacher of the Year.

She told the teachers whether they realize it or not, they make a difference in children’s lives every day.

MPS Superintendent Randy Hughes opened the ceremony by thanking teachers for their efforts at all campuses.

He also recognized Stephanie Holt and Janie Parrott for their dedication.