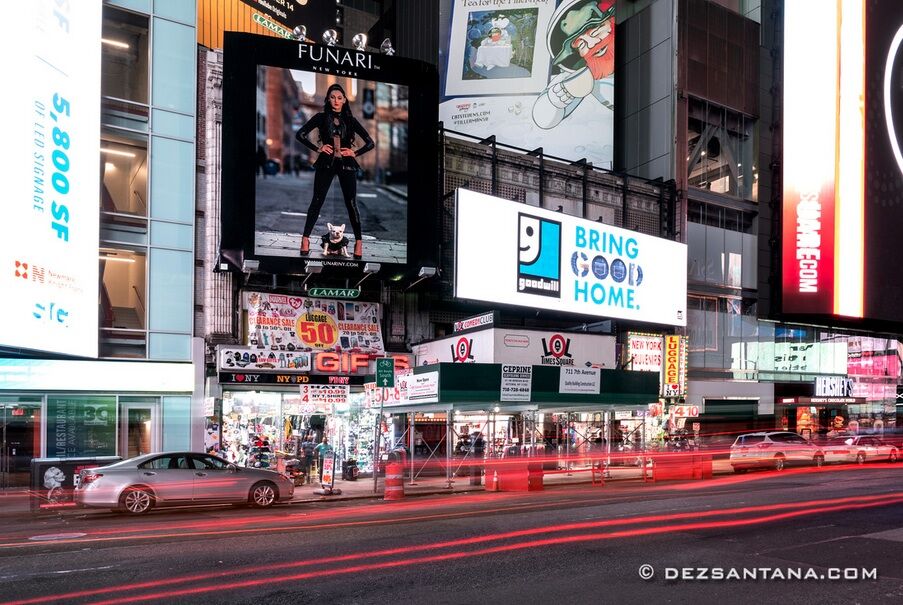 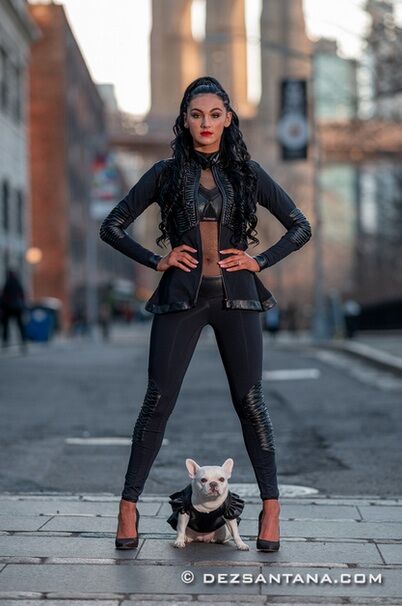 Madison Hilton stood in awe as she saw herself pictured on a billboard in Times Square.

The McAlester High School senior and her mother, Angie, went early in October to New York to see the billboard and enjoyed the moment after its unveiling had been delayed several months due to the COVID-19 pandemic.

Madison looked at her larger-than-life image on the Funari clothing line ad in awe as her dream came to fruition, Angie said.

“You could tell she was just shocked to see it because it’s big,” Angie said with a laugh.

“She said ‘dreams do come true,’” she added.

After the initial shock on the first day of the quick trip, the mother and daughter returned to look at the billboard before the reality started to sink in for them.

As they walked on the streets near the billboard, two passersby looked at the sign and back at Madison before asking if it was her — and she shyly affirmed it was.

“It was kind of cute because they were like ‘oh wow, really? Can we take a picture with you? Are you famous?’” Angie said.

“I think that was kind of when it hit her,” she added.

Madison has walked runways in New York, Los Angeles and overseas in her young modeling career. She went to New York earlier in the year for the photo shoot for the billboard that included other models and an actress from the hit TV series “Game of Thrones.”

Madison started modeling at 13 years old before working a year later in France in a show for fashion designer Nancy Vu. Madison previously told the News-Capital that one of her favorite moments from that show was walking the red carpet with George Clooney.

Her experience led to interest from modeling companies in having Madison appear in print and on the runway.

She told the News-Capital she became interested in modeling because of her interest in colorful fashion styles with unique patterns in some of her favorite brands like Gucci, Janelle Funari and more.

Madison has said her mom gave her confidence to pursue modeling — and now, pictures of her have appeared in more than 200 magazines. Supermodel Kendall Jenner also shared on her Instagram account a picture of Madison featured in Vogue magazine.

She also worked professionally as a makeup artist after filling in to help during a fashion show in Los Angeles.

Madison told the News-Capital she enjoys seeing new places, meeting up with friends from the industry, and she is considering a medical career.