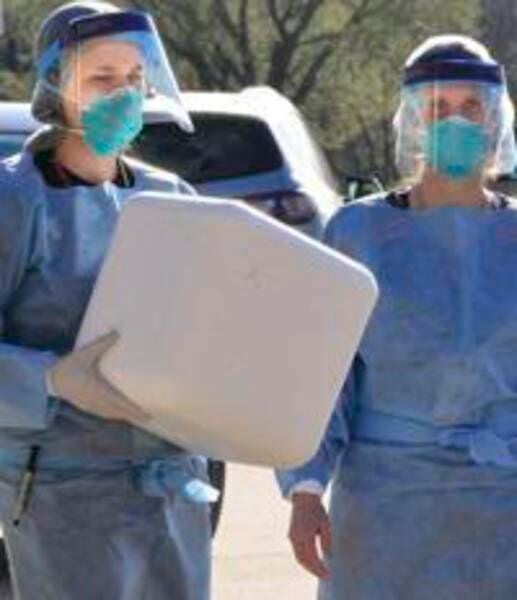 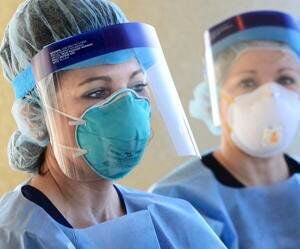 When the COVID-19 pandemic hit the McAlester area and the rest of Oklahoma, it resulted in a flurry of unparalleled actions.

In addition to families and individuals, all of the major institutions in Pittsburg County took unprecedented actions to respond to the worldwide pandemic.

As of this week, there were 500 active COVID-19 cases in Pittsburg County. Unfortunately, there have been 23 fatalities in the county as of earlier this week.

It’s far different from the beginning of 2020. Even when the first warnings appeared in the United States and around the world, no one had any certainty if the pandemic would reach Oklahoma — although public health officials were soon sounding the warning.

Although no one in Pittsburg County had tested positive for COVID-19 at that time, the expectation was it would eventually happen as  the virus continued to spread.

By March 16, Pittsburg County commissioners issued a disaster declaration in response to COVID-19.

Public health and emergency officials set up the mobile testing site at the Expo Center in McAlester on March 25, with the initial public response lower than expected.

Test results from the mobile tests were negative, but a few days later the first positive COVID-19 case was confirmed in Pittsburg County.

Volunteers made protective face masks for protection against the spread, with some going to medical personnel and others offering the masks to anybody who wanted one.

Meanwhile, the city of McAlester issued a lockdown of all nonessential businesses until further notice. The city also furloughed up to 25% of city employees — who would later be called back to work as the year progressed. The city later passed a mandate that protective face masks be worn in public settings.

Most schools in the county moved to distance learning for students in March, with some schools making different accommodations for graduation ceremonies and some schools canceling them altogether

Pittsburg  County was designated as one of 14 drive-through testing sites in Oklahoma in an effort to make testing for COVID-19 more widely available. By early April, the Pittsburg County Health Department began offering appointments for curbside COVID-19 tests.

In mid-April, the first COVID-19-related death was confirmed in Pittsburg County.

On April 16, members of the Oklahoma National Guard arrived in McAlester and began assisting the Pittsburg County Health Department. By the end of April, MRHC temporarily closed its urgent care facility, and began phasing in surgeries that were temporarily slowed due to the pandemic.

In early May, eight COVID-19 cases were confirmed at a McAlester longterm care facility.

Pittsburg County moved to the state’s orange level by Aug. 7, with 142 active COVID-19 cases. McAlester Public Schools postponed the start of school due to COVID-19 concerns.

Numerous sports activities and other activities were postponed or canceled, both at the end of the last school year and also during the new one.

As in-person school classes resumed for the fall semester, cases of COVID-19 began popping up at various schools around the county.

In November, many area schools that had resumed in-person classes prepared options for distance learning. By mid-December, MPS reported a record day for COVID-19 cases across the district. The city’s on-again, off-again mask mandate requiring protective facial coverings be worn in public places was again passed by a split vote of the McAlester City Council.

On Dec. 17, the first COVID 19 vaccinations were administered to frontline workers at the McAlester Regional Health Center who agreed to take the vaccinations.

2020 YEAR IN REVIEW: Taking a look back at the past year