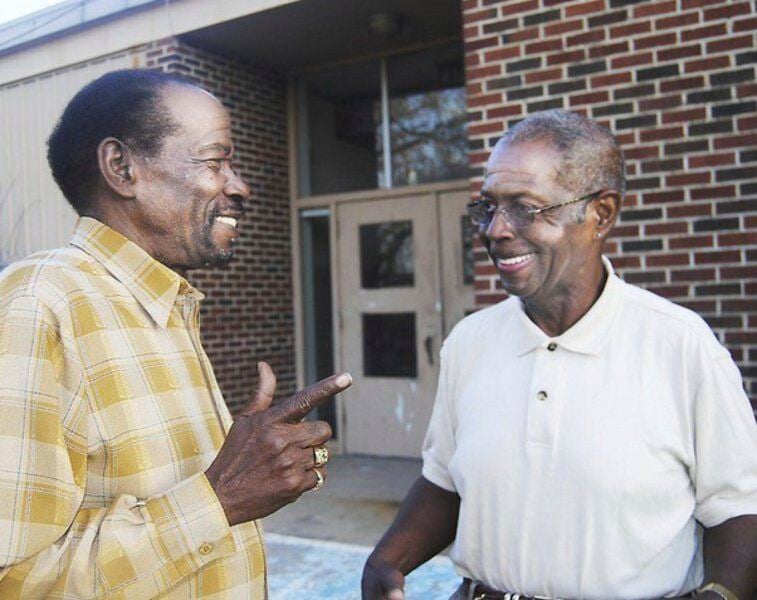 Herbert Keith, left, and Primus Moore hope to restore the former L’Ouverture School building. They both attended L’Ouverture and graduated with the class of 1965, prior to L’Ouverture’s integration with McAlester Public Schools. 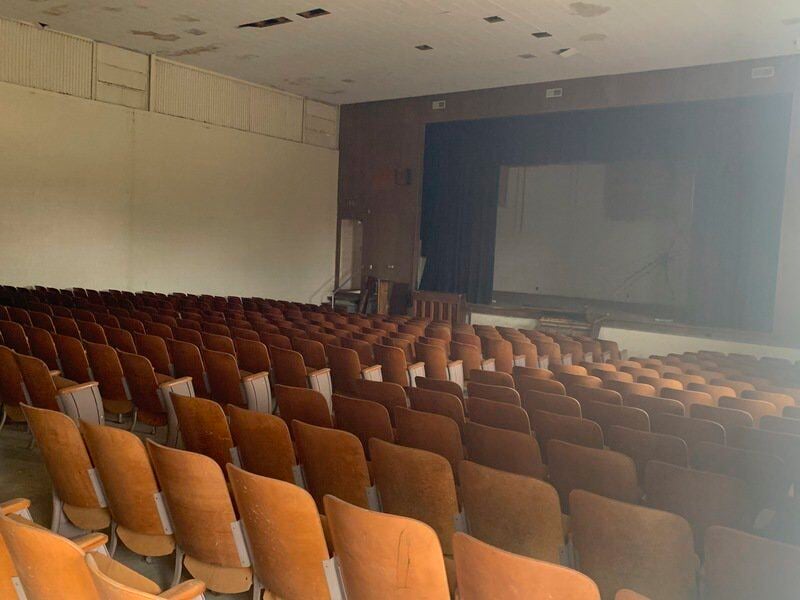 The L'Ouverture School Auditorium in McAlester. 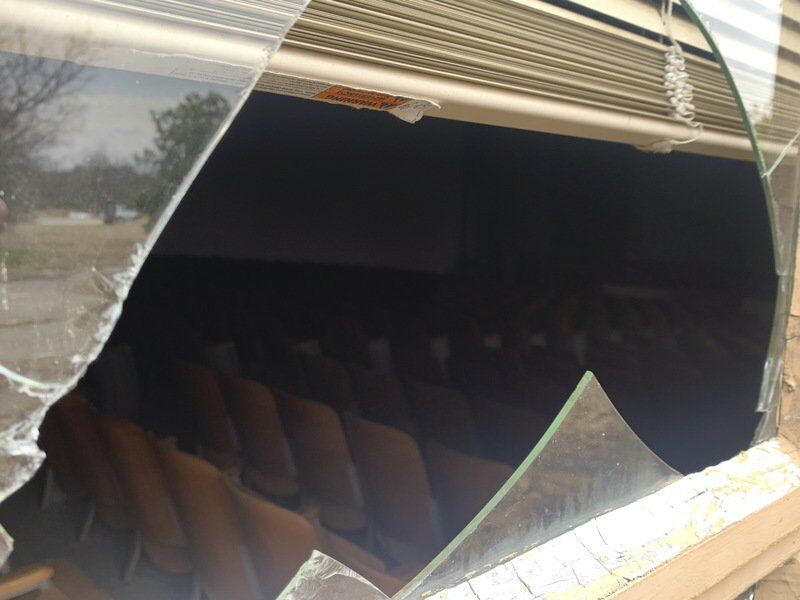 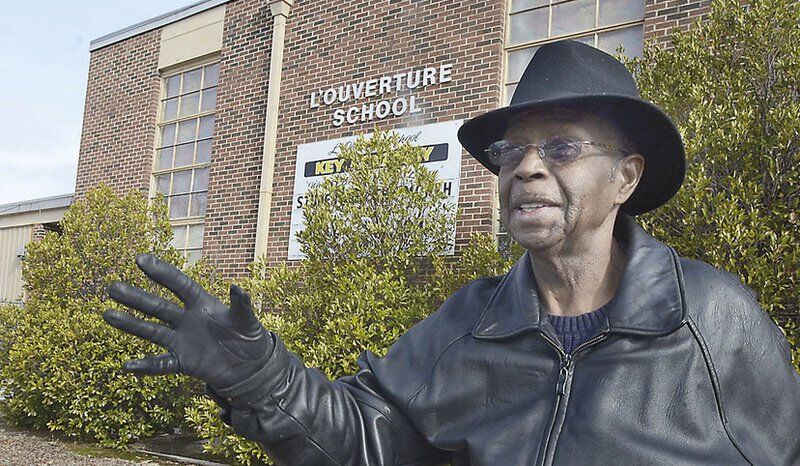 Shown is a recess area outside the L'Ouverture school. 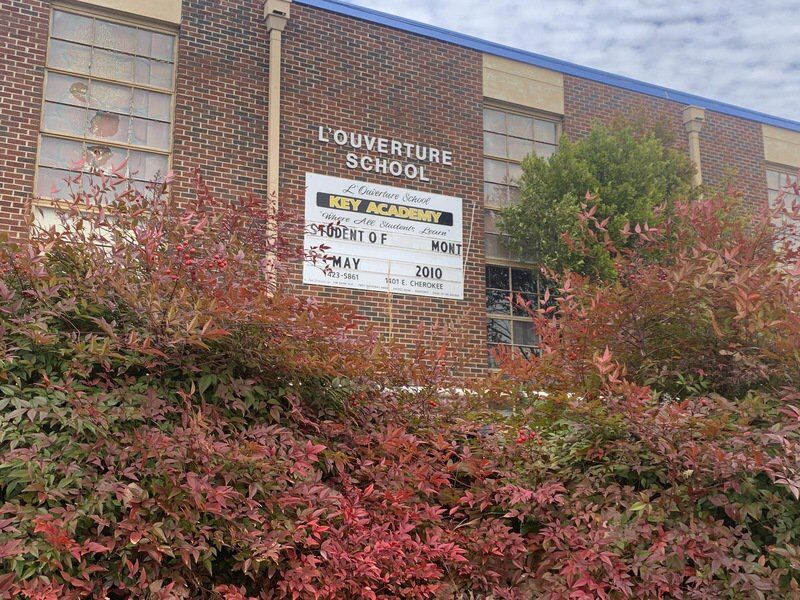 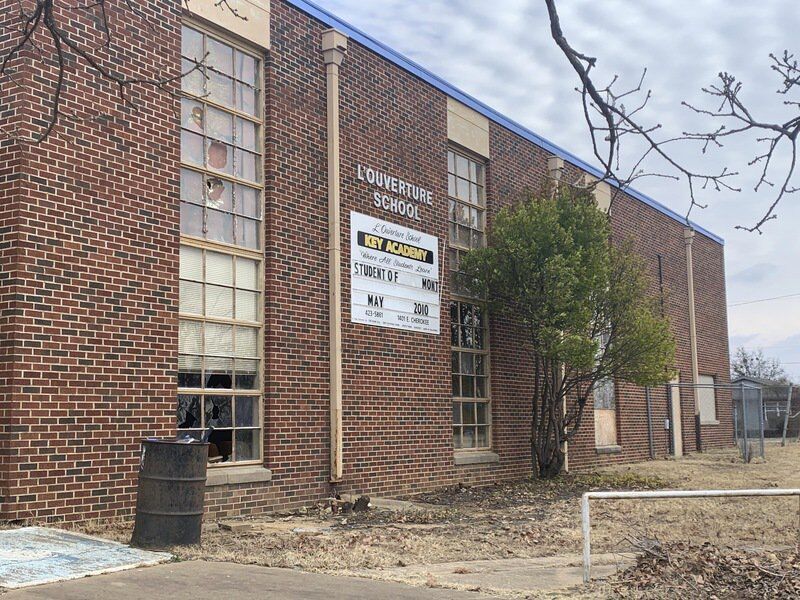 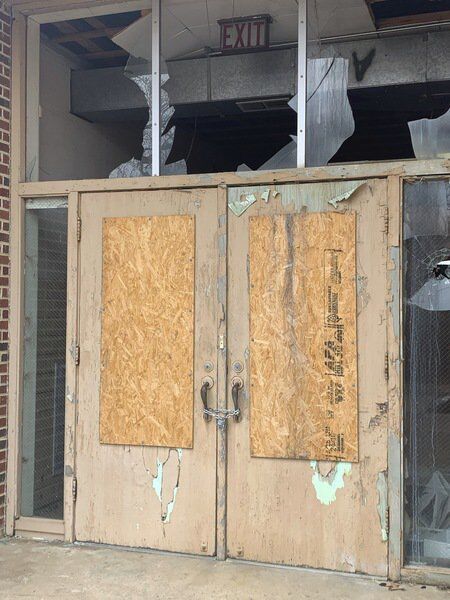 An entrance to the L'Ouverture School in McAlester 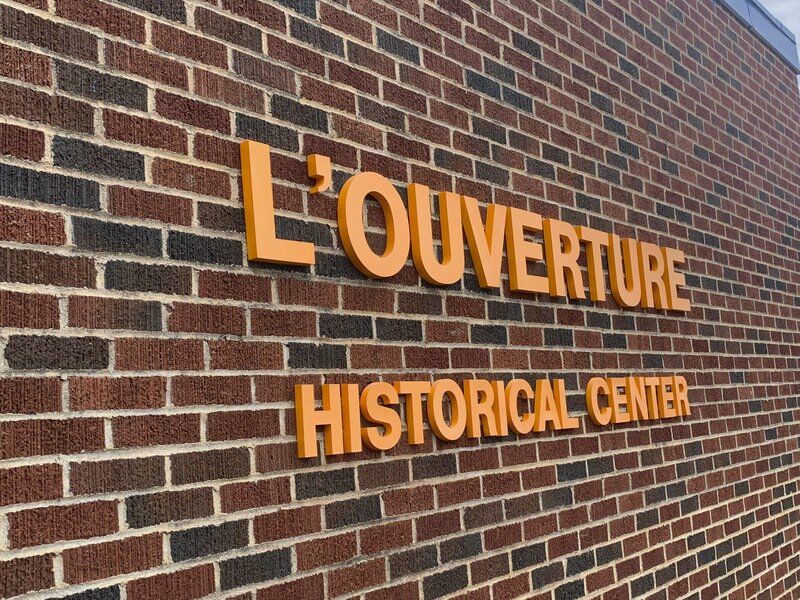 Herbert Keith, left, and Primus Moore hope to restore the former L’Ouverture School building. They both attended L’Ouverture and graduated with the class of 1965, prior to L’Ouverture’s integration with McAlester Public Schools.

The L'Ouverture School Auditorium in McAlester.

Shown is a recess area outside the L'Ouverture school.

An entrance to the L'Ouverture School in McAlester

A group of McAlester residents, joined by others around the state, see an opportunity to try and save one of the city's most well-known schools.

Where some may see a dilapidated building, they see a chance to save it before it goes the way of McAlester's Union Railroad Station, the Busby Theater and other historical sites no longer standing.

Primus Moore, a retired principal at Eugene Field Elementary, assistant principal and teacher with McAlester Public Schools, is among those trying to save the former L'Ouverture School.

It stands at the top of the hill at 1400 E. Cherokee Ave., a vacant building in need of repair.

L'Ouverture is the school attended by African American students from 1908 until 1968, when 115 high school students integrated with McAlester High School, followed later by the elementary through eighth grade students.

Halls that once brimmed with students hurrying to their next classes are now empty — but Moore and others hope to see those classrooms filled with activity again.

Moore and Herbert Keith, both McAlester L'Ouverture graduates, went together as the L'Ouverture Class of 1965 to purchase the building from McAlester Public Schools in 2014. MPS last used as the building as Key Academy before moving the alternative school to the main school campus.

"We want to preserve the integrity of building," Moore said at the time of the L'Ouverture purchase. "We wouldn't want to see it bulldozed down and become a parking lot or something else."

He still feels the same today.

The building is now called the L'Ouverture Historical Center. Keith served as valedictorian of his graduating class, with Moore class president. They've been working on saving L'Ouverture  since the 2014 building purchase, and that's not counting the planning prior to obtaining the building.

"We're still working on it. There's a group of us meeting once a month to finalize the 501 (c) 3 and things like that," Moore said.

Moore hopes the 501 (c) 3 nonprofit application will be approved, opening the way for additional opportunities.

"There will be opportunities for community members to contribute and other people to contribute to plans for revitalization of the school," Moore said. He said from six-to-eight individuals have been meeting monthly to plan the project.

They include Miller "Bo" Newman, Coluah Stanfield, Mark Johnson, Louis Smitherman, Will Ella Davis, Harry Ellis and others. Keith, a retired Oklahoma City firefighter, drives from Luther for the meetings.

Moore anticipates the 501 (c) 3 nonprofit paperwork will soon be completed.

"We're getting pretty close," Moore said. "We're working on bylaws, the Constitution and things for the group."

What did L'Ouverture mean to Moore?

"It meant everything," he said.

"I went there for 12 years," Newman said. "I have so many memories.

"They had a good (wood) shop program. They called it industrial arts," Newman chuckled.

He strongly believes L'Ouverture is well worth saving.

"There's so much history there, black history, actually history for the whole community," Newman said.

Activities are planned to keep others involved.

"That's one of the reasons we try to have a reunion," Newman said, and it's not only for L'Ouverture graduates. "If they didn't go to school there, they have friends or family who did," he said.

He recalled how some L'Ouverture graduates left the McAlester area soon after graduation, making an impact in their new locations.

"I can think of people who graduated and made wonderful contributions to the communities they went to, business-wise and politically-wise," Newman said. He attributed their success to teachers at the school.

"The teachers were so courteous and kind to most of us," he said.

Many of the records from L'Ouverture no longer exist.

"I wish we'd had some foresight," Newman said. "A lot of those school records were trashed."

Although it's too late to save lost school records, he and the others involved feel there's still a chance to save the L'Ouverture building.

Moore said efforts are underway to repair damage to the building, with Louis Smitherman taking the lead. Efforts to generate more momentum to save L'Ouverture have been hampered by the COVID-19 pandemic.

"The pandemic has really put a damper on it; 2021 was our year for our next reunion," Moore said.

Other things have happened as well.

"We had a meeting scheduled last week, but Ol' Man Winter put a dent on that," he said.

Like many other  L'Ouverture graduates, Moore went through all the grades at the school.

"Kindergarten was run by Dr. Strong's sister," Moore said, referring to Dr. Willa Strong, the well-known principal at L'Ouverture School, for whom Strong Boulevard is named and a member of the Oklahoma African American Educators Hall of Fame.

Moore said he and Keith were among 28 students in their graduating class. He feels a number of things contributed to the family feeling at L'Ouverture.

"All the mothers were involved in PTA," Moore said. Coaches, teachers and students and their families attended church together.

"We were a family," said Moore.

What would he like to see happen with L'Ouverture?

"We would like to see community activities in the auditorium, tutoring programs, a historical museum and some commercial activities," Moore said.

What would it mean for the community to save L'Ouverture ?

"It's hard for me to put into words," Moore said. He thinks it would compliment the planned restoration of Hunter Park, which is adjacent to L'Ouverture.

"It would bring this whole area together," Moore said.