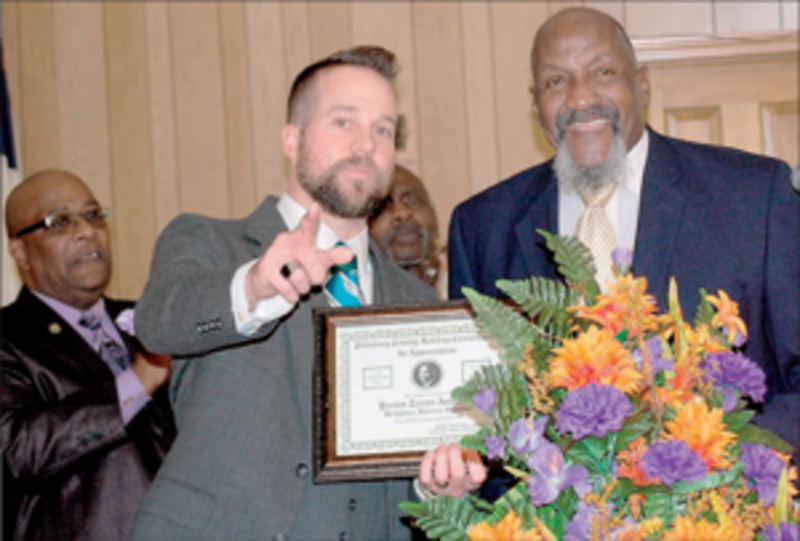 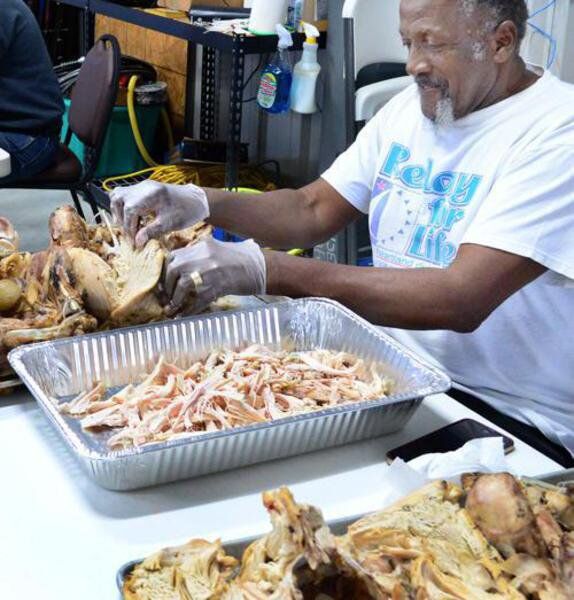 File photoMcAlester resident Miller Newman serves as a volunteer in this file photo from a previous Pittsburg County Community Thanksgiving Dinner. He said Thursday he'd never expected to see the what occurred when rioters stormed the U.S. Capitol on Wednesday.

File photoMcAlester resident Miller Newman serves as a volunteer in this file photo from a previous Pittsburg County Community Thanksgiving Dinner. He said Thursday he'd never expected to see the what occurred when rioters stormed the U.S. Capitol on Wednesday.

McAlester resident Miller "Bo" Newman has been involved in demonstrations across the nation — but he says he never thought he'd see what unfolded in Washington on Wednesday when a mob stormed the U.S. Capitol building.

"What I saw yesterday was sickening — I'll tell it like it is," Newman said Thursday.

"Especially the destruction," Newman said. "I didn't like that at all."

Newman, a lifelong Democrat, is president of the Pittsburg County Chapter of the NAACP and also served for two years as head of the NAACP in Oklahoma. He also served for years as president of UAW Local 1558, the union that represents the facility currently known as Spirit AeroSystems in McAlester, when the facility was known under previous names of North American, Rockwell and Boeing.

"I served under all three," he said.

As both a civil rights and a union leader addressing labor issues, Newman has been involved in demonstrations from California to D.C., including the second Million Man March in Washington.

That's just one of the many demonstrations in which he's been involved. Newman said he's demonstrated for civil rights, voter rights, and labor and worker rights.

"Wherever we went for a meeting, we ended up having a march," he said.

Newman has even joined picket lines at the airport in Dallas and at a site Palm Springs, California, involving labor issues, along with the many civil rights and voters rights demonstrations in which he's participated.

Those demonstrations were nothing like what he saw unleashed in Washington on Wednesday.

"They were always peaceful," Newman said of the demonstrations with which he was involved. "We always tried to stay within the realm of the law."

He's puzzled about the vandalism to some House and Senate offices at the nation's Capitol, which were empty at the time the offices were broken into because legislators were in session or had already been evacuated.

"It was very displeasing," said Newman said of the destruction. "You could look in and see that nobody's there."

He disagrees with those who claim the election was stolen from President Donald Trump. Both Oklahoma and Pittsburg County went heavily for Trump during the Nov. 3 General Election.

"I really couldn't understand anybody from Oklahoma saying they stole an election," Newman said. "I haven't heard about anybody stealing an election in Oklahoma."

He knows from experience it's not always easy to keep your cool during a demonstration.

"Their rights stop at the end of my nose," he said.

Newman has learned to ignore taunts and being called names during some of the demonstrations in which he's been involve and has helped instruct others on what to do.

"I tell everybody stay hooked up and don't bunch off," he said, referring to instructions to stay together. "The thing of it is, some tactics you learn in the military can play a vital part in surviving anytime you get into a confrontation."

Newman hopes some of his fellow American learn something as a result of what unfolded in Washington on Wednesday.

"It should be an awakening to folks," he said. "That deal yesterday — it was unimaginable."