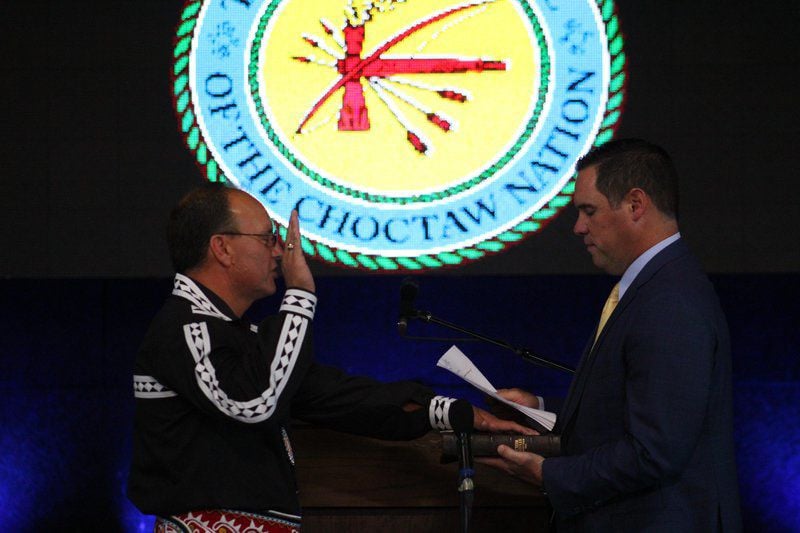 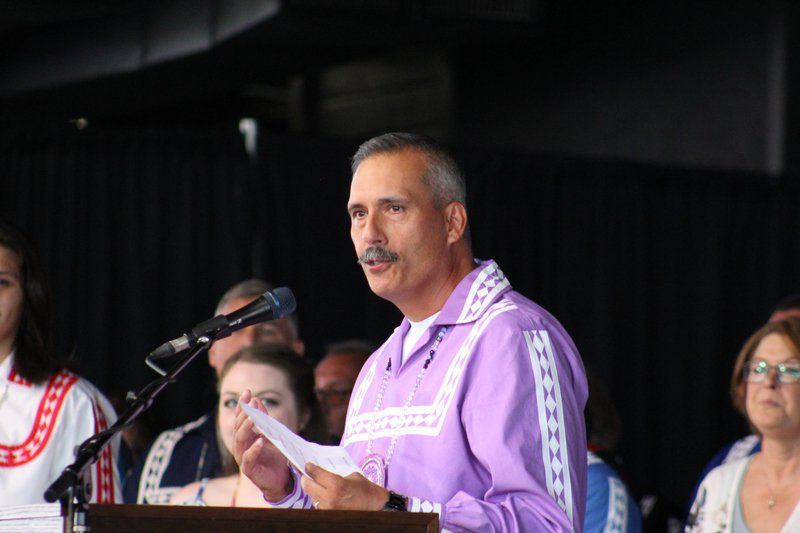 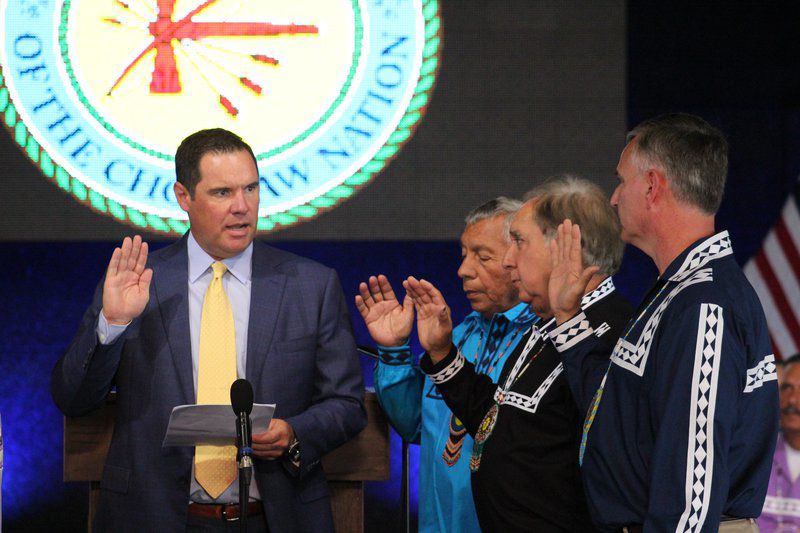 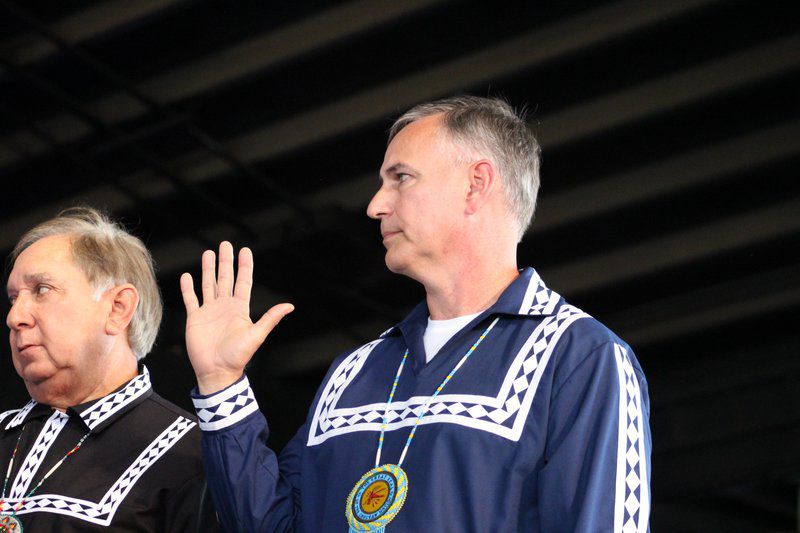 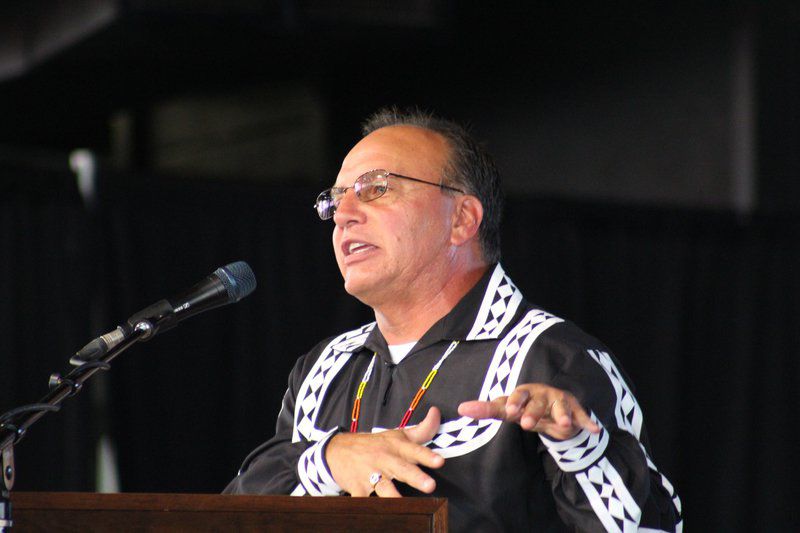 DERRICK JAMES | Staff photoChoctaw Nation of Oklahoma Chief Gary Batton speaks during the annual State of the Nation address held at the tribe’s capitol in Tuskahoma.

DERRICK JAMES | Staff photoChoctaw Nation of Oklahoma Chief Gary Batton speaks during the annual State of the Nation address held at the tribe’s capitol in Tuskahoma.

TUSKAHOMA — Choctaw Nation of Oklahoma Chief Gary Batton is standing firm on the gaming compact with the state.

“We’re going to stand firm,” Batton said during Monday’s State of the Nation address at the Choctaw Nation Capitol in Tuskahoma.

Batton said that if a new compact is not signed by January, that the tribe will “continue functioning like we think it should.”

Karr was certified as the winner of the District 11 seat after former Councilman Bob Pate dropped out of a runoff election, which was disputed and reaffirmed by the tribe’s highest court. Pate served 24 years before resigning the seat.

Batton opened the annual State of the Nation address with an update on tribal finances and said that he remembers when the tribe was 90% funded by the federal government. Now, 54% of the tribe’s income comes from tribal businesses with only 30% coming from federal grant money.

Almost 80% of the money the tribe brought in last year went back to tribal services with 17% going into investments and 4% in capital improvements.

“We hope you are proud to be Choctaw,” Batton said.

More than 62,700 meals were provided to elder tribal members over the past year — including more than 73,000 going through the tribe’s healthy aging program.

In tribal healthcare, 999,315 patients were seen by the Choctaw Nation Health Services with a $247 million budget with more than 1.5 million prescriptions filled.

Batton said $16,561,600 went to education with 9,515 tribal members receiving help with education, while 1,146 tribal members went through summer 2019 work programs and internships provided through the tribe.

The career development program helped 11,443 tribal members add “an average of $16,000 to their annual income,” according to Batton.

Batton told tribal members that an integration program for formerly-incarcerated tribal members is now 20 times more successful than others — with only a 2% reincarceration rate for individuals who have completed the program.

Almost 5,000 tribal members received housing assistance, which according to Batton was “quadruple” the number in prior years.

Batton said the tribe employs more than 10,800 — but promoted the tribe’s 421 job openings.

A total of 153,000 tribal members with a tribal tag have saved more than $12 million, Batton said.

The chief laid out new services to tribal members — including more spending in higher education scholarships, a new handyman service for tribal elders, and more homes being built for families and elders.

A cultural center is also expected to be finished in spring 2020 and open to the public by fall.