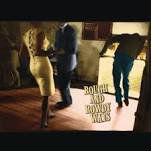 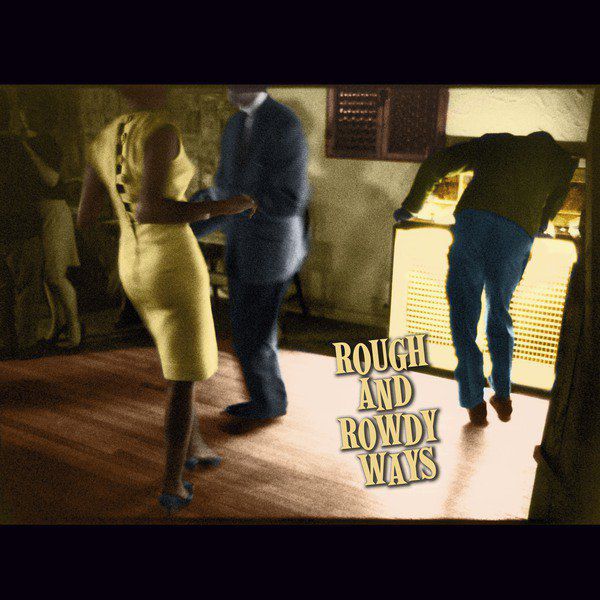 Forget about the old weird America.

Bob Dylan is singing about the new, weird American on his latest album, “Rough and Rowdy Ways” — the one of shutdowns and pandemics, where a crowd can take over a six block area of a major American city such as Seattle and dub it a police-free zone, apparently with the city government’s blessing.

Not that Dylan addresses any of the issues directly. Instead, the new album released Friday evokes the mood of these unsettled, unprecedented times, by writing about a stark America peopled with everyone from the fabled rock ‘n’ roll artist Jimmy Reed to World War II General George Patton and “Mr. Poe.”

Dylan travels a landscape — and sometimes waterscape — whose inhabitants include a “pirate” going to Key West “to find his mind” to a sort of Dr. Frankenstein, who is visiting morgues and monasteries, collecting body parts so he can make “My Own Version of You.”

This landscape is not limited to America, as Dylan sings of “Crossing the Rubicon” — the Italian river crossed by Julius Caesar when he disregarded the Roman Senate’s order and brought a legion of his troops across the river.

Dylan’s point of no return in his song is different. It’s “three miles north of Purgatory, one step from the Great Beyond. I prayed to the cross. I kissed the girls and I crossed the Rubicon.”

Dylan’s vocals on this album remind of when I’d seen him in concert with Willie Nelson at the original Drillers Stadium in Tulsa. At one point, he apparently forgot to continue with the world-weary vocal stylings on his voice he’d been using for the concert. Suddenly, in the middle of a remarkable version of “Visions of Johanna,” I closed my eyes and Dylan sounded just like he had on the original 1966 version. Years seemed to suddenly melt from his voice.

That’s exactly what he’s done now. Dylan, who turned 79 in May, sounds more melodious and yes, youthful, than he has in years — and except for a few of the more laid-back numbers, he’s full of fire and vinegar, taking no musical prisoners.

Dylan had already surprised the musical world three times recently, beginning March 17. I received an email from Dylan’s website that morning telling recipients to stay safe and how he hopes they’ll enjoy a song he’d recorded a while back, “Murder Most Foul.” Taking the title from a line spoken by the ghostly presence in “Hamlet,” the nearly-17 minute song opened with the 1963 assassination of President John F. Kennedy, then launched into a rumination of American popular culture, especially on music and musicians.

Amazingly, “Murder Most Foul” brought Dylan his first number one single, in the digital format on the Billboard Charts.

He followed it a few weeks later on April 17 with another free internet release, the gentle “I Contain Multitudes,” a line from 19th Century Poet Walt Whitman’s “Song of Myself” that Dylan adapted for a new self-portrait.

He then followed on May 8 with the down-and-dirty blues number “False Prophet” — filled with enough braggadocious lines to challenge even those Chicago blues shouters: “I’m the enemy of treason, the enemy of strife, the enemy of the unlived meaningless life. I ain’t no false prophet, I just know what I know. I go where only the lonely go.”

The release of three singles in a row served as strong indicator Dylan had a new album in the works. Those songs served as a sort of warmup for “Rough and Rowdy Ways” — but the whole album is filled with gems

This is Dylan’s first new album of original material since “Tempest” in 2012. Don’t worry about a paucity of lyrics. Dylan has lots to say. The sheer number of words on the new album remind me of Dylan’s 1965 song, “From a Buick Six,” when he sang “I need a dump truck baby, to unload my head.”

That doesn’t mean there are any wasted words. Songs on “Rough and Rowdy Ways” seem to fly by quickly.

“Rough and Rowdy Ways” ranges from songs of almost transcendent beauty to pounding blues stompers. Dylan, who just turned 79, has released what will surely be considered another major work to add to his already bulging canon.

In between “Tempest” and “Rough and Rowdy Ways,” Dylan continued on his Never Ending Tour and released three albums filled with songs, mostly recorded by Frank Sinatra, from the Great American Songbook. (He had really released five albums of the jazz, pop and Broadway standards, because the last one, “Triplicate,” is a three-disc set).

Dylan produced a unique take on the Sinatra songs and his enhanced vocal chops are in evidence on some of the quieter songs on “Rough and Rowdy Ways.”

His vocal skills are best-evidenced on the gentle “I’ve Made up My Mind to Give Myself to You.” His great band has also obviously picked up a lot of tricks from recording the “Sinatra” albums, where they used everything from a steel guitar to violin and a bowed bass to replicate the sound of a full orchestra.

On “I’ve Made Up My Mind to Give Myself to You,” it even sounds as if there’s male backup singers embedded with Donnie Herron’s plush steel guitar, giving the song a sort of floating lilting quality.

Dylan sings “I’m sitting on my terrace, lost in the stars, listening to the sound of the sad guitars.”

Later in the song he intones “If I had the wings of a snow white dove, I’d preach the gospel, the gospel of love.”

It’s a welcome respite following the spooky one-two punch of “False Prophets” and “My Own Version of You.”

Elsewhere on the album, Dylan dives headfirst into the blues stompers, especially on “Goodbye Jimmy Reed” — his tribute to the rhythm and blues, rock ‘n’ roll musician who wrote and recorded such songs as “Big Boss Man” and “Bright Lights. Big City.”

Lyrics on the new song encompass the sacred and profane. Featuring gritty guitar by Charlie Sexton, the track sounds as if it could have been lifted off Sylan’s 1966 masterwork, “Blonde on Blonde.”

One of the best songs is the last one on the first disc of the two-disc set. “Key West, Philosopher Pirate,” is a sometimes soothing, sometimes not, song about the city in the Florida Keys.

“I was born on the wrong side of the railroad tracks,” Dylan sings, “Like Ginsberg, Corso and Kerouac,” he says, name-checking some American writers of the Beat movement.

“Key West is fine and fair,” Dylan intones. “If you’ve lost your mind, you’ll find it there.”

In “Rough and Rowdy Ways,” Dylan has found his Muse yet again, as he intones on “Mother of Muses.” Whether spotting Key West or crossing the Rubicon, Dylan has shown the search proved worthwhile.