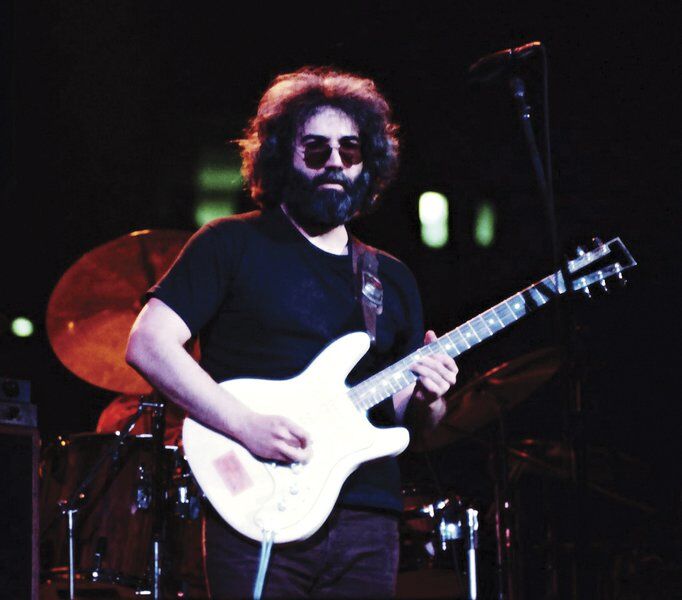 Jerry Garcia doing what he did best. He's set to be the subject of a new Martin Scorsese biopic, with Jonah Hill cast as the Grateful Dead's iconic singer and lead guitarist. 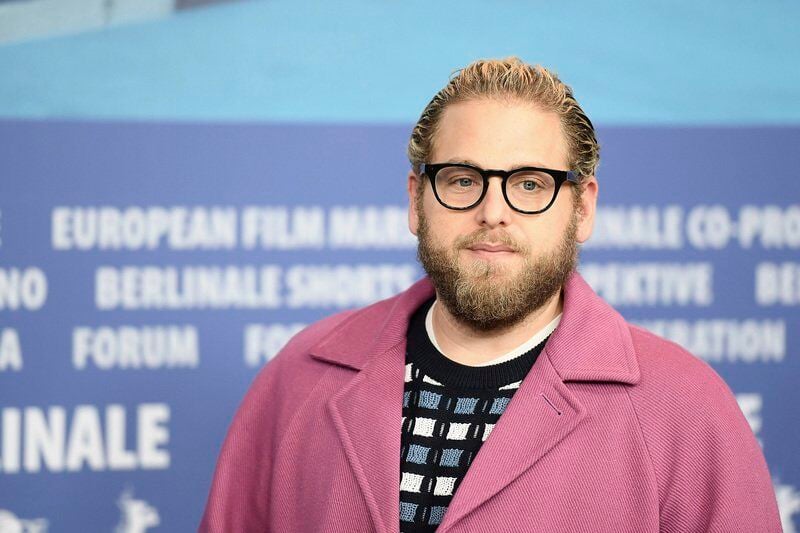 Jerry Garcia doing what he did best. He's set to be the subject of a new Martin Scorsese biopic, with Jonah Hill cast as the Grateful Dead's iconic singer and lead guitarist.

While Martin Scorsese has been been filming his new movie "Killers of the Flower Moon" in Oklahoma, he's already making plans for another — a film biography of Grateful Dead founding member Jerry Garcia.

Although Scorsese has an excellent track record with his music-related films and for soundtracks to his other movies, I initially felt a little trepidation at learning of the planned Garcia biopic. It seems movie biographies of musical artists fall into two categories — those that are very, very good and then all the rest.

One of the keys to a successful music biopic is having an actor or actress with the charisma to pull off the role. It's not enough to look like the singer or musician being portrayed and it also requires more than skilled acting chops. Just because someone is a great actor doesn't mean he can convincingly portray a musical artist.

Scorsese has tapped Jonah Hill to portray Garcia. I can see that. Hill's a skilled actor who's already received two Academy Award nominations, including one for Best Supporting Actor in a previous Scorsese film, "The Wolf of Wall Street."

What about the other talented musicians in the Grateful Dead? While Garcia brought a lot to the band', so did the others.

Who will play Bob Weir, who took the role of what a rhythm guitar player can do to a whole other level, after studying techniques used by jazz pianists?

Or Phil Lesh, the band's virtuoso bassist with a background in avant-garde and classical music, who ultimately needed a six-stringed bass to cover his musical explorations.

And who will portray the band's two masterful drummers? Original member Bill Kreutzmann was later joined by Mickey Hart, with the two playing in tandem during most of the 30 years the core band was together.

The three are still playing together in a configuration called Dead & Company, augmented by John Mayer on many of the leads and vocals previously performed by Garcia. Mayer wisely does not attempt a Garcia imitation, but finds his own space while still largely staying true to the Grateful Dead vibe.

Lesh, the other surviving Grateful Dead member, plays with his own group called Phil Lesh and Friends, while Kreutzmann sometimes plays with yet another offshoot called Billy and the Kids, often featuring acoustic guitar whiz Billy Strings.

All of which goes to show that the surviving members of the band are still extremely active, not resting of any sort of musical laurels, but still out there playing for lots of appreciative fans.

I'm also anxious to see how Ron "Pigpen" McKernan — a founding member who played keyboards and harmonica who brought his rhythm and blues growl to the band's early albums —  is portrayed in the film, as well as Robert Hunter, the gifted lyricist who wrote the words that Garcia set to music.

What about the other keyboardists who became full-fledged members, including Keith Godchaux, who along with his wife, vocalist Donna Jean, joined  the group through most of the 1970s, or Brent Mydland, whose outstanding piano and organ work added so much to the group during its later years?

Give a shoutout also to Tom Constanten, who augmented Pigpen in the band's early days, and also to Vince Welnick, who succeeded Mydland in the band.

Wait a minute! I don't have to feel too concerned about whether the other band members' contributions will be given short shrift in the Garcia biopic. Weir Lesh, Kreutzmann and Hart are all listed as executive producers, along with Garcia's daughters. I'm starting to feel a little better about the project already.

That also ensures that the Grateful  Dead's music will be available for the movie. That's another plus! We won't have to watch — or hear — someone trying the impossible task of replicating those magical guitar lines Garcia seemingly pulled out of the cosmos. I'll say it again. Calling the Grateful Dead a jam band is like calling Bach a piano-player. It's like legendary promoter Bill Graham once said: "They aren't the best at what they do; they are the only ones that do what they do."

What they did and do is write sublime and original songs, that in live performance could lead to unique interpretations in any given performance. If the band didn't hit those creative heights with every single performance, part of the joy lay in listening to them going for it "Without a Net" — which is the name of one of their live albums.

They only had one top 10 hit, not in the 1960s but in 1987, with "Touch of Grey," a song written by Hunter and Garcia with the catchy refrain: "I will get by. I will survive." The video proved a hit on MTV and suddenly the band had a whole new audience in addition the so-called Deadheads, who followed them from city-to-city.

No band in the land treated their fans better than the Grateful Dead and their fans repaid them with an everlasting loyalty. Not only did the band not object to fans recording their concerts, they set up a whole section for them called the Tapers Section.

By the 1990s, the Grateful Dead was filling up professional football stadiums, becoming the highest grossing American band of the 1990s with a total $285 million in revenue, second only to the Rolling Stones. Even more impressive, they did it halfway through the decade, before Jerry Garcia's untimely passing in 1995.

Even now, they're looking out for their fans and gathering new ones. The Grateful Dead recorded and filmed many of their concerts, with high-quality production values. Many of their filmed concerts, especially from the later years, are of theatrical quality, with multiple camera angles and superior sound.

During the COVID-19 pandemic, the band made many of those available online for free — in addition to the live tours the surviving members do in their various configurations. That's led to many more fans getting on the bus — once they start listening, they want more.

So I've got high hopes for the upcoming Scorsese biopic. After all, he's the director who did the highly-praised documentary about the group in 2017, titled "Long Strange Trip," taken from a line in "Truckin' " — one their most well-known songs.

Scorsese also directed "The Last Waltz," about The Band's last concert and was involved in filming the "Woodstock" documentary, so I would say the Garcia project's in good directorial hands.

I do have a concern about Jonah Hill, though. I ran across a quote from him, made prior to his casting in the Garcia biopic, where he said Scorsese is his favorite director and he would paint Scorsese's house for the chance to work with him.

Then, I ran across a later quote where Hill said he would sell his own house to work with Scorsese.

So here's wishing Jonah Hill the best when he begins filming the as yet unnamed Garcia biopic for Apple.

I just hope he doesn't become homeless in the process.