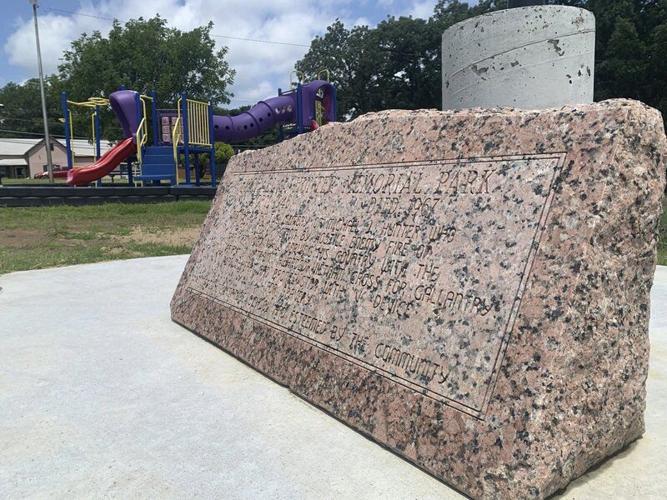 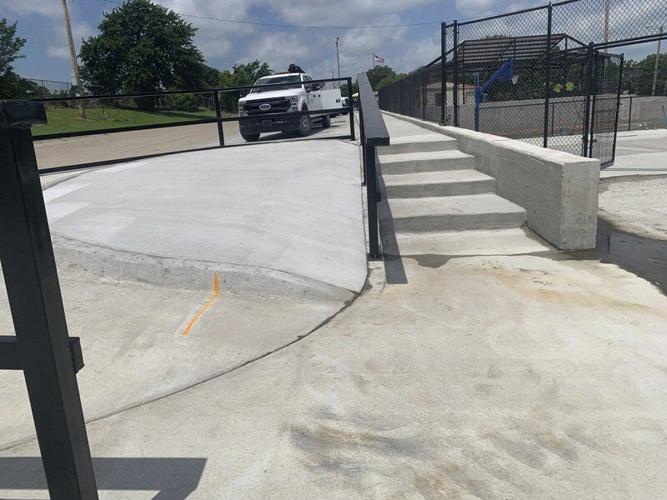 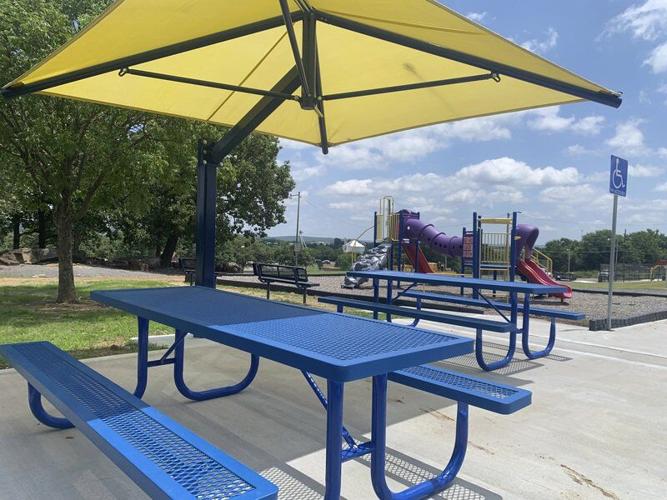 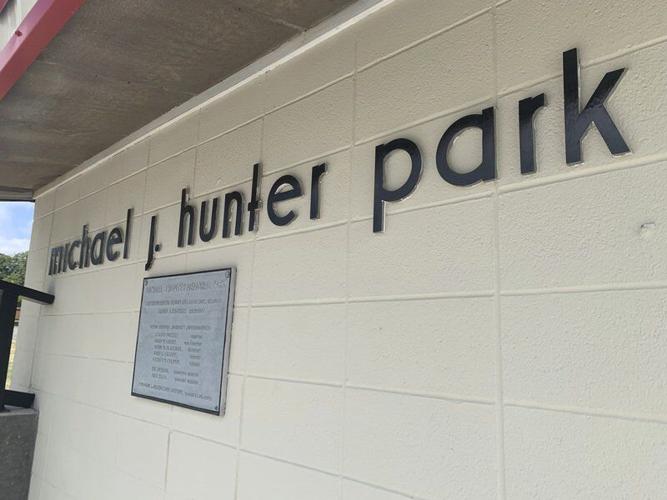 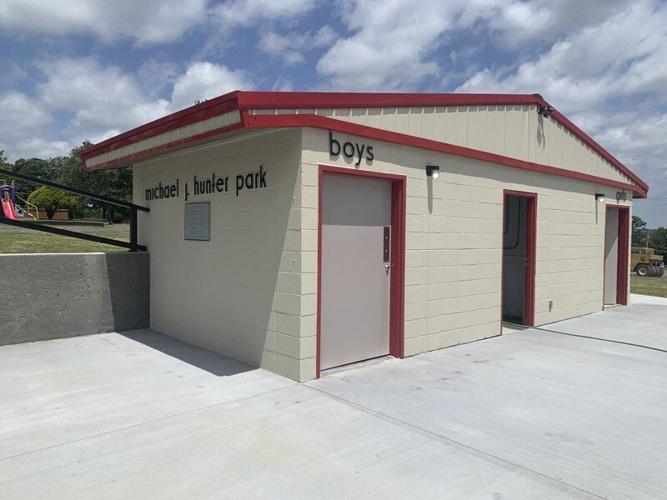 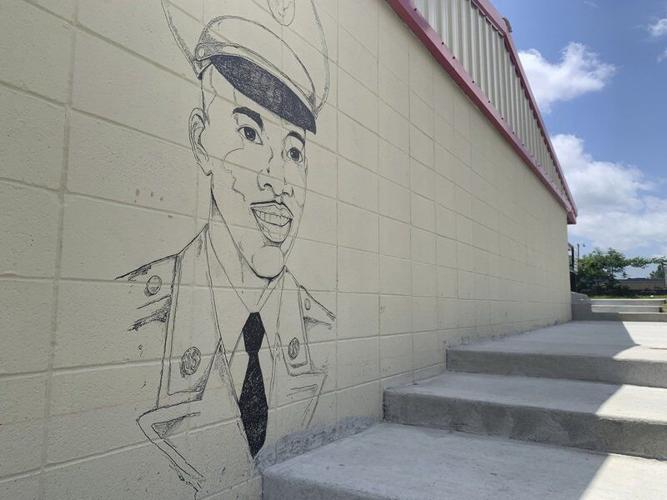 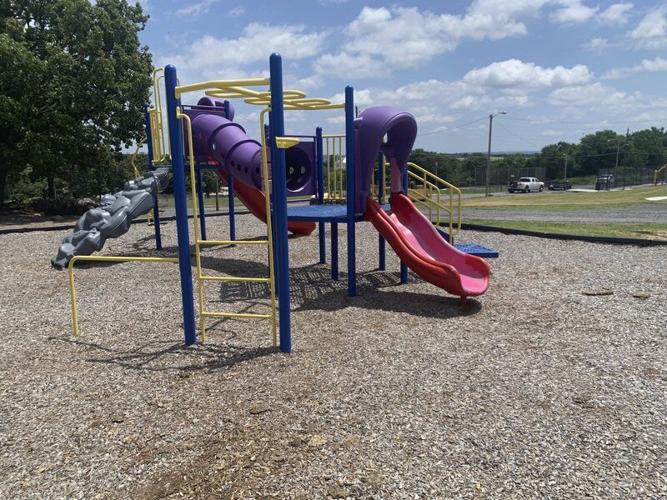 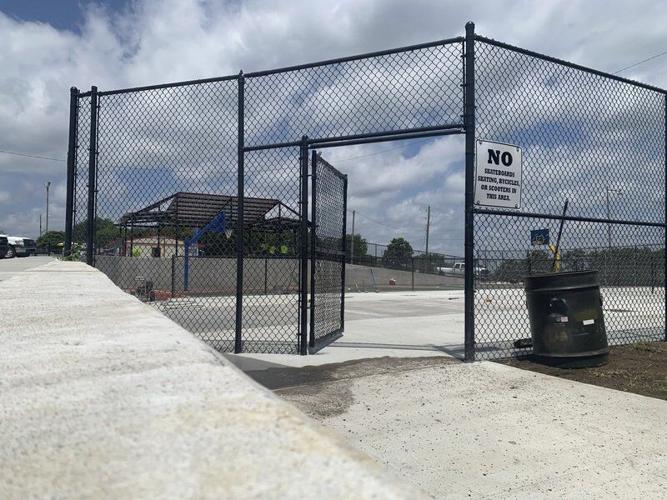 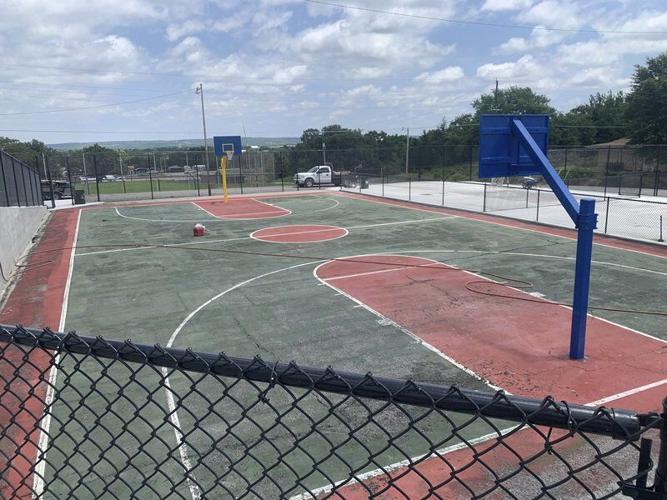 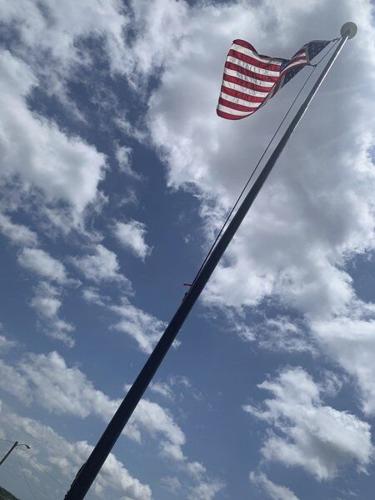 One of the parks receiving the most attention is the Michel J. Hunter Park on the east side of the city, where a number of improvements are either in-progress or recently-completed.

When the work is finished, Hunter Park should be one of the outstanding parks in the city of McAlester.

One of the major projects at the park is the installation of a new splash pad. "It's our biggest one yet," said city of McAlester Community Services Director Doug Basinger

It includes a number of features, including a large tippy-bucket designed to drop water on whoever is standing under the apparatus that holds the device overhead.

Also included as part of the new splash pad are two water cannons — which are exactly what they sound like, devices that shoot large streams of water onto the pad. Two archways are also included for those who want to run under them.

Restrooms near the splash pad are being refurbished as part of the project. Also, ramps leading to the splash pad will be handicapped accessible, designed to meet standards of the Americans with Disabilities Act.

Hunter Park improvements includes the addition of some traditional features.

Other improvements include new picnic tables for those who want a leisurely picnic, a snack or who simply want a place to relax.

"We've got 10 new picnic tables, purchased by a donor," Basinger said. Six of the tables will go under an awning. Some tables will also feature the addition of shade kites — canopy devices designed to provide shade over the tables.

"People can sit and watch their kids and have a picnic," Basinger noted.

Something new has also been installed to help feed those hungry park-goers, which is sure to be utilized during special events.

"There's some hookups for food trucks that are brand new," Basinger said, which should help provide a way for more food to be available at the park during special events. Spaces have also been set aside to accommodate food trucks near the hookups.

Other features at the park are planned with the goal of making some activities more colorful.

"We're going to have a multicolored resurfacing of the basketball court," Basinger said. Another addition is part of a growing trend in the McAlester area as well as around the nation.

Those are only some of the improvements at Michael J. Hunter Park. Other work has focused on trying to improve the park's condition, such as eliminating ongoing problems with erosion in some areas.

One of the major improvements had to do with the removal of years of broken glass from the park grounds — one of the first steps needed before commencing with other portions of the park upgrades.

"All the glass was removed," Basinger noted.

What steps has the city taken to accommodate all those park-goers who might want to enjoy the new, improved Michael J. Hunter Park?

Improvements have been paid for through a variety of sources, Basinger said. Some funds have come from the city of McAlester, with grants and matching grants also utilized.

Why did the city decide to focus on Hunter Park at this time?

"Nothing had been done up there for quite a number of years," Basinger said. "It was a good opportunity. That's when we decided to put in the splash pad."

Michael J. Hunter Park is not the only city park that's seen recent upgrades. Another one is Rotary Park, the park that originated from an idea from the late Bob Saunier, a longtime Rotarian who got the local Rotary Club as well as the city onboard to develop the site as a park. It's also been the focus of recent improvements.

"We did a complete overlay of the walking trail," Basinger said. Steps have also been taken to accommodate those who would like  some exercise in addition to walking, jogging or running.

"There are things to work every part of the body with those six machines," said Basinger. It's also ADA-accessible, he added.

For those who get thirsty while moving along the walking trail, working out or who would just like a drink, an outdoor drinking fountain has been added.

Drainage improvements have also been made at Rotary Park.

Why are the improvements at the parks important to the city?

Ways to get to city parks and other parts of McAlester are also a part of other ongoing projects at the city, to enhance city walking trails as well as to add sidewalks, along with pedestrian and bicycle trails.

One current area of focus is the addition of a sidewalk adjacent to Strong Boulevard, from Electric Avenue extending to Washington Avenue, a block north of Carl Albert Parkway.

"It's to provide walkability and ADA-accessibility to the numerous people walking along that road," said city of McAlester Grant Writer Stephanie Giacomo, one of those who's been working on the project.

That's not to say there's not already pedestrian and bicycle traffic along Strong between Washington Avenue and Electric Avenue. Paths and trails can be seen adjacent to the roadway where people make their way as best they can.

The city of McAlester plans to alleviate that through a four-phase program.

• Phase 1 — McAlester city councilors approved Phase 1 during a May council meeting. It calls for constructing the first phase of the sidewalk from E. Electric Avenue heading north to Pierce Avenue at a cost of $103,925.

• Phase II — Phase II calls for extending the sidewalk from Pierce Avenue to Polk Avenue at a cost of $152,215, with a 50% matching grant form the Tobacco Settlement Endowment Trust.

• Phase III — This phase would continue extending the sidewalk north from Polk Avenue to College Avenue for a cost of $209,615, also with a 50% matching TSET grant. "Phase III includes design and construction." Giacomo said.

• Phase IV — The final phase will continue the planned new sidewalk's norther trajectory from College Avenue to the project's end at Washington Avenue, at a cost of $119,815, also with a 50% matching TSET grant.

"For phases two, three and four, we have matching grants from the Tobacco Settlement Endowment Trust," Giacomo noted. It will still take a couple of years for the project's completion.

Another ongoing project is for the Parker Trail. It's designed to extend  from Thunderbird Park at 908 Pierce Avenue Pierce to the back of the Parker Intermediate Center, at 1310 N. Sixth St.

"It is for a multi-use trail, for bicycles, skaters and walkability," said Giacomo. "It connects a low-income area to educational and recreational facilities. It's estimated for completion in 2024.

"It provides a safe, off-road alternative," she said. That's not all. An additional trail is part of the overall goal.

"All of this connects to Waterways Trail," said Giacomo. It's another multi-use trail that starts on Monroe Avenue, also north of Carl Albert Parkway, and extends north to Electric Avenue.

"It's between Rotary Park and the hospital," Giacomo said, referring to the McAlester Regional Health Center.

Much of the city's movement for an enhanced trails system began during the administration of former mayor Steve Harrison and has continued under the administration of current Mayor John Browne, with support from city councilors and City Manager Pete Stasiak along the way. Giacomo, as the city's grant writer, has also played a major role in obtaining grants for the projects.

She maintains the sidewalk and trails serve a vital purpose. That includes the sidewalk already completed from heading east from Strong Boulevard along Wyandotte Avenue to the shopping center on the east side of U.S. Highway 69 and the George Nigh Expressway that includes Tractor Supply and the Walmart Super Center.

"It's actually creating a transportation system that's safe for people outside of vehicles," Giacomo said of the trails and sidewalks projects. Most of the trails will be constructed of asphalt and concrete, she said. "They are typically eight-feet wide and striped for multi-use."

Giacomo maintains the trails as well as the Strong Boulevard sidewalk project will have a significant impact on the community.

"It's vitally important to the health of our residents," she said. "We have high instances of heart disease and diabetes."

Both the trails and sidewalks will offer alternatives to traditional forms of transportation, Giacomo noted. As the Mac Davis song says, it will give city residents and visitors an opportunity to stop and smell the roses.

"I always love it that life moves slower when we're walking," said Giacomo.