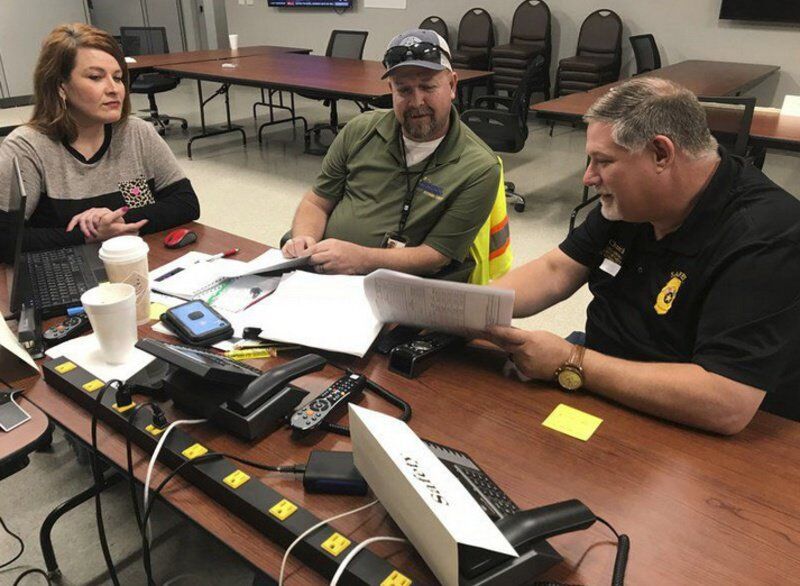 Data from the Oklahoma State Department of Health on Thursday showed the state surpassed 8,000 COVID-19 deaths after seeing a large spike in the state’s weekly release of county level data the previous day.

“And we’re backlogged,” Montgomery said of the state’s data.

OSDH data on Thursday showed 8,023 deaths and 442,389 total cases statewide since the start of the pandemic. Oklahoma’s rolling average of daily deaths also jumped the past two weeks from 8.9 per day to 245.1, while the rolling average of new daily cases jumped from 374 to 506.

State epidemiologist Dr. Jared Taylor said the spike in COVID deaths was due to a new algorithm OSDH is using. He attributed the rise in cases to one laboratory inaccurately reporting its cases, but said OSDH contacted all the patients who received inaccurate results and it was an issue he believes was limited to one lab.

He said the technical error resulted in the failure to upload about 1,300 positive COVID-19 cases over a six-week period, including:

OSDH announced March 17 several changes to its COVID-19 reporting, which included no longer providing county level data each day and instead offering it once per week.

Montgomery said she believes it’s important to provide daily data to keep people informed of the situation in their communities.

“Back in July we would panic over seven cases and we’re still not where we were in July,” Montgomery said. “We still have quite a few cases every day.”

Montgomery said she believes there is a real trend of cases going down — but is cautious in interpreting the data and hopes the numbers continue to decline so everyone can move closer to normal.

She said the Pittsburg County Health Department canceled a recent vaccination clinic due to low turnout, but will continue vaccination efforts.

Montgomery said canceling the pods and moving first-time vaccines to appointment-only at the health department office is more efficient.

She said the pod on March 13 is still on for patients scheduled to receive their second dose of the vaccine.

“But we will open up some first-dose appointments so people can get vaccinated too,” Montgomery said.

Vaccine appointments can be made on the OSDH vaccine registration portal at https://vaccinate.oklahoma.gov. After filling out a short questionnaire, patients will learn if they eligible and will be promoted to set up an appointment. The site also shows vaccine availability.

Montgomery said anyone can also set up an appointment with the Pittsburg County Health Department by calling 918-423-1267.

“We don’t want to limit people’s appointments based on access to technology,” Montgomery said.

She said now her office is focused on making vaccines more convenient and easily accessible for people in rural areas who might not have been to previous events.

The Associated Press contributed to this report.