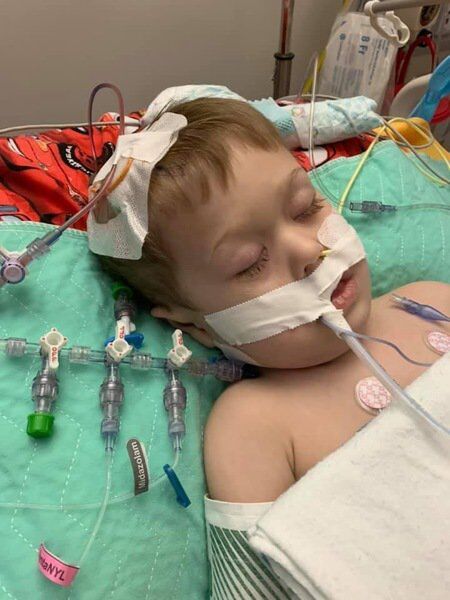 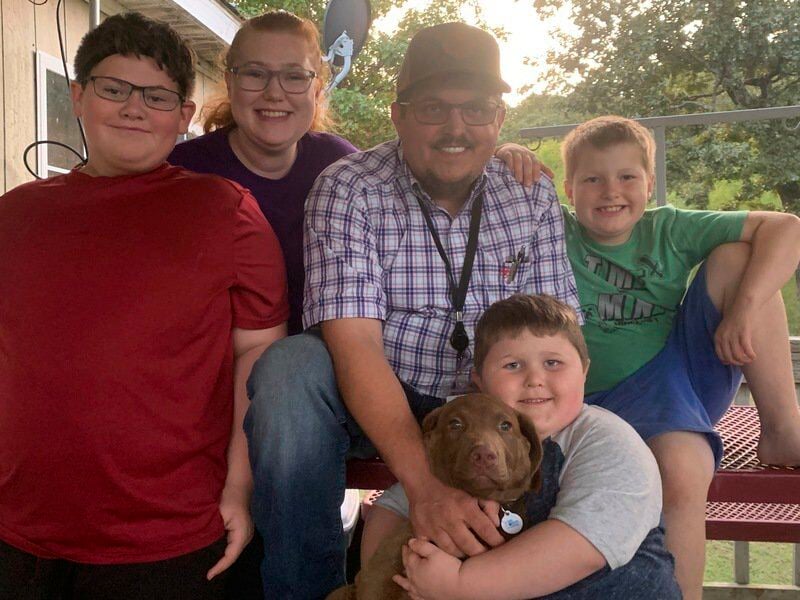 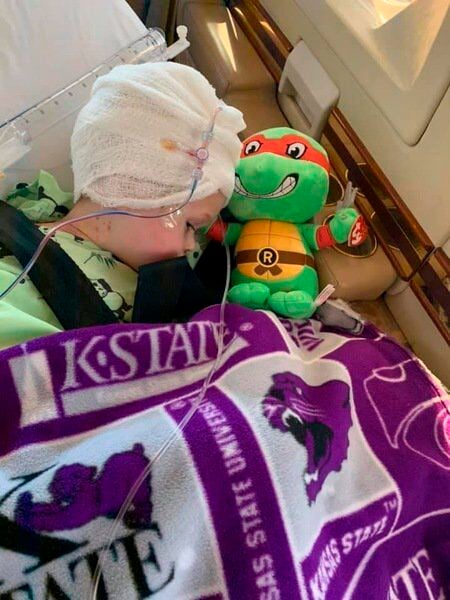 Courtesy photoBradley Lawson is shown with tubes during treatment to remove a brain tumor in 2019. 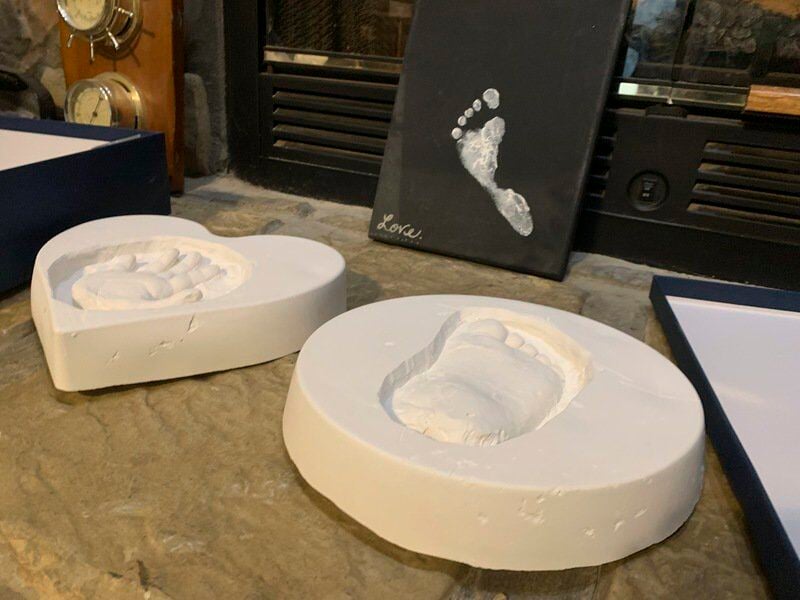 Courtesy photoBradley Lawson is shown with tubes during treatment to remove a brain tumor in 2019.

EDITOR’S NOTE: This is the first of two parts.

Bradley Lawson smiles and hugs his pet dog Gabby, shows off fishing bait, and plays with toys like any 5-year-old boy — but the Krebs boy’s parents say he is a walking miracle.

Adam and Rachel Lawson said their son struggled with vomiting, constipation and extreme exhaustion in early 2019 with nurses saying for months he had a stomach bug that would go away or they should treat him for the flu.

But Oct. 9, 2019 caused more concern when Adam picked up Bradley and his eyes looked askew.

Bradley also started showing unusually angry behavior that caused further concern and the family sped to St. Francis in Tulsa — where a nurse checked his eyes and immediately rushed him back for a CAT scan.

Adam said he made his first call to update family members when the nurse ushered the family back in to deliver results and a quick explanation as they took Bradley to surgery.

“They said we have to work on him while we move,” Adam said. “We’re taking him to ICU, we’re putting him in a coma, he’s got a brain tumor the size of a lemon.”

Nurses and doctors met with the parents as Bradley was being prepared for surgery and they waited for a neurosurgeon.

Rachel said the information came so quickly it became difficult to process.

“I was panicking,” she said. “You never want someone to tell you your kid has a brain tumor.”

Adam, who survived testicular cancer, said most his life after being diagnosed was spent working to pay off bills before his condition forced him to leave the workforce for a little more than a year.

The dad said he spent a lot of that time focusing on being a dad, saying Bradley was the first of their three children he got to see all the firsts — running, walking, words.

“It’s awesome,” he said with a hearty laugh.

Adam said that connection made it more difficult not being able to sleep next to Bradley during his two brain surgeries.

The initial surgery took about nine hours before Bradley went back for more scans and then another lengthy surgery.

Rachel said the parents got little sleep over that time as they tried to keep family updated.

Adam said he carried his son’s blanket around the hospital and to bed.

Doctors and nurses told the family they almost lost Bradley because he’d lost so much blood as they tried to cut out the tumor — and Adam said he resorted to praying for their son to make it.

“I told God I understood if he took him because I’d want him too,” Adam said. “But I told him if he was going to take him just to take him quickly.”

Another surgery a week later was unsuccessful and doctors told the parents it was certainly a kind of cancer — they just didn’t know what kind at that time.

Bradley’s head couldn’t handle the pressure changes of the flight event with a shunt to help adjust and he required a flight on a special medical aircraft.

They met on Nov. 1, 2019 with doctors, who said Bradley had evidence of bleeding on the brain and that it could get worse from chemotherapy — but they could try an experimental chemotherapy if surgery and other treatments didn’t work.

Adam said he returned home Nov. 6 to gather Bradley’s brothers to go see him. He also started shaving his head to make Bradley feel more normal when his hair would inevitably fall out during chemo — when he received a call from Rachel.

“She said ‘I’ve got some bad news because Bradley’s had a seizure, the tumor’s bleeding, they said he was brain dead and they said we’re going to have to take him off life support,’” Adam said.

Check out the rest of the story in the Thursday edition of the News-Capital.