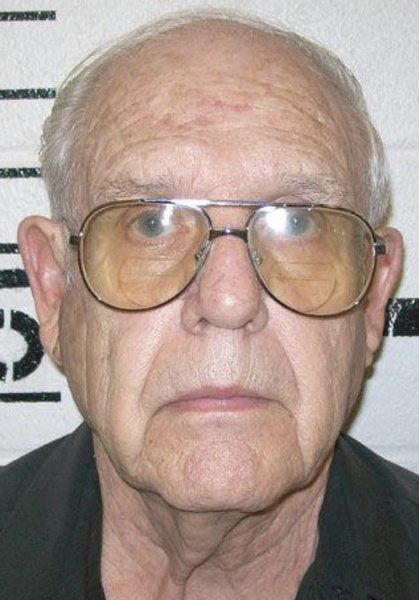 A two-night series on the Oxygen television network focuses partially on a case that went through the Pittsburg County court system in 2013 and 2014.

Details of the case and what preceded and followed it are included in a new investigative series called  "The Witnesses," set to air at 6 p.m. Saturday and Sunday, Feb. 8 and 9, on Oxygen, a pay television network owned by NBCUniversal.

The program covers what the network calls a five-year investigation into policies of the Jehovah's Witness organization by Trey Bundy, of the Center for Investigative Journalism. It tells the stories of four individuals who reported to police that they were sexually abused as children, including two women from McAlester.

It also questions whether some of those who abuse children are being protected by the church.

A series of articles in the News-Capital at the time followed the case through the initial arrest in the case, followed the district attorney's office allegations of concealment by the church's governing body, and continued through the final court action.

McAlester police investigated the matter in 2013 after three individuals came forward and told police they were molested as children approximately 30 years earlier, between 1977 to 1982.

As a result of the McAlester Police investigation, then-District 18 District Attorney Farley Ward's Office filed 19 felony charges against Ronald H. Lawrence, who was 76 when charges were filed against him on Nov. 26, 2013.

A 2013 affidavit filed in the case by McAlester Police Officer Brent McAlester alleged the molestations occurred at Lawrence's home, in a pool and lake, in a basement and in a janitor's closet at a bank where Lawrence worked at the time.

At the time of his arrest, Lawrence was identified in court documents as an elder in the Jehovah's Witnesses Kingdom Hall in McAlester.

An affidavit filed in the 2013 case quoted police as saying Lawrence told them "in order to get reinstated in the church, he had to admit the allegations were true. He said he did admit to his church that all the allegations brought against him by church members are true."

Lawrence faced up to life in prison if convicted of all the charges, but the case never went to trial.

Lawrence's defense attorney, Warren Gotcher, filed a motion in 2014 asked for the charges to be dismissed, contending the statute of limitations in the case had expired.

Then-District 18 Assistant District Attorney Danita Williams, who prosecuted the case, strongly opposed the defense motion for dismissal, maintaining that the statute of limitations should have gone into effect from the time the matter was reported to police.

She alleged that the Jehovah Witness Church had prevented the victims from going to police.

"The actions of the church, their banishment of the defendant( Lawrence) on more than one occasion and the directives of the governing body toward the victims and their family members regarding these crimes were actions of 'concealment' and further actions preventing the victims from reporting the crimes to law enforcement," Williams said in a court motion at the time.

Then-Associate District Judge James Bland dismissed the charges on February 27, 2014, based on the statute of limitations issue, but issued a stay after prosecutors from the district attorney's office gave notice of the state's intention to appeal.

Dobbins issued a ruling on Nov. 20, 2014, stating he had read the transcript of the hearing to dismiss and had read the attorneys' respective legal briefs.

"The previous order of Judge Bland is not in error and is affirmed by this reviewing court," Dobbins wrote in his ruling.

Following the court ruling by Dobbins, Bland issued a ruling on Jan. 22, 2015, removing the previously-entered stay and dismissing the case, discharging Lawrence as a defendant and exonerating his bond.

Phone calls made to the Jehovah's Witnesses Kingdom Hall in McAlester while this article was being prepared for publication were not answered.

McAlester Police Chief Gary Wansick recalled Thursday the work McAlester police investigators had put into what they felt was a solid case.

"While I respect the court's decision, we were disappointed with the outcome," said Wansick. "I do not feel that justice was served."

Current District 18 District Attorney Chuck Sullivan, who was not in office when the case was active, said Thursday "We have exhausted all resources available to the state to appeal the trial court's decision.

"There is nothing further we can do as it has been dismissed," he said.

Frank D. Autrey, 75, of McAl-ester and currently Durant, died peacefully at his home on Saturday, March 4, 2020. Frank is survived by his wife, Ann; sons, Clint and wife, Alana, and Chris, and grandson, Cash. Viewing will be today until 5 p.m. Due to the current health issues, a celebration …