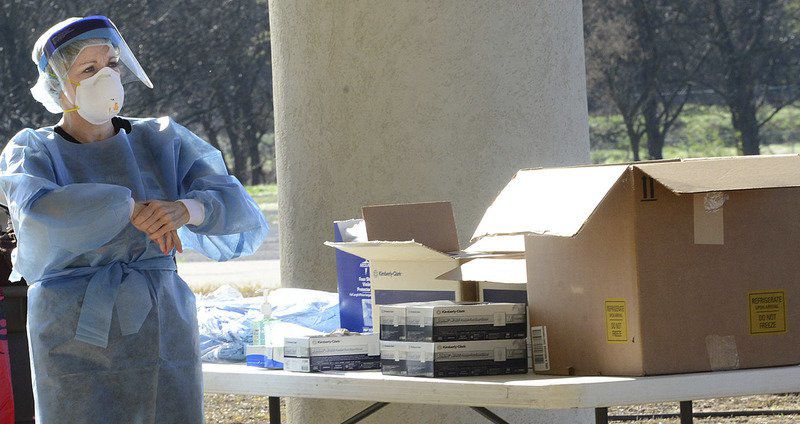 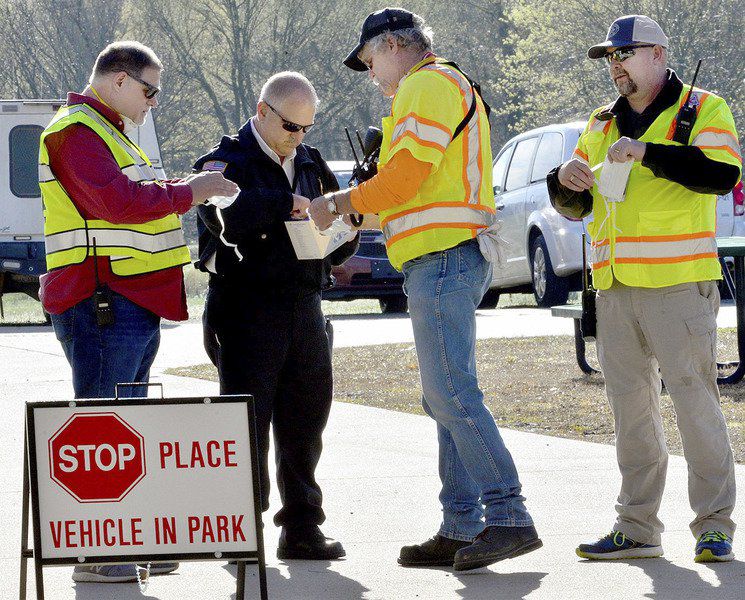 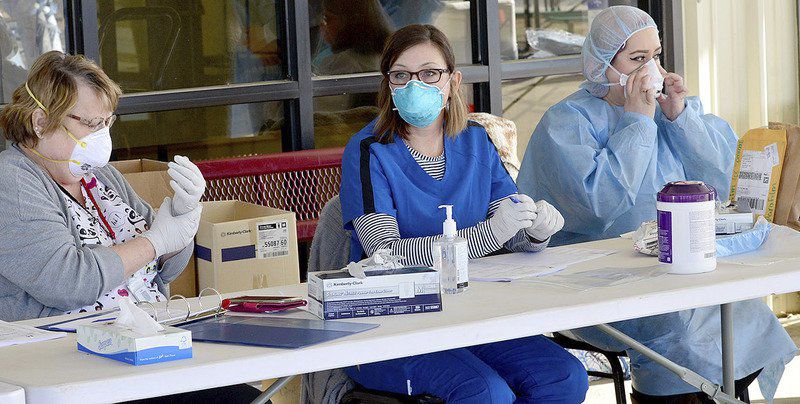 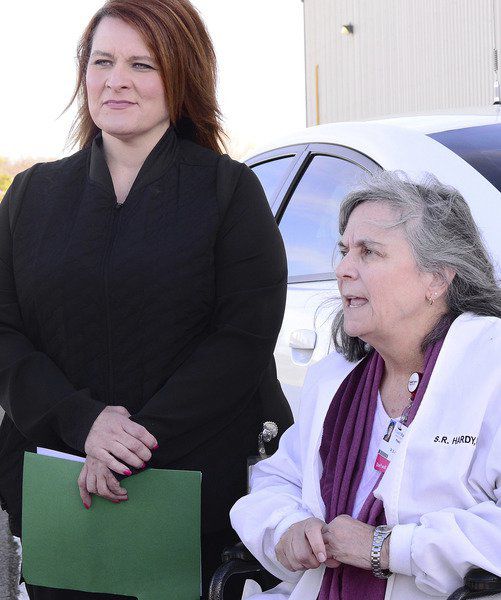 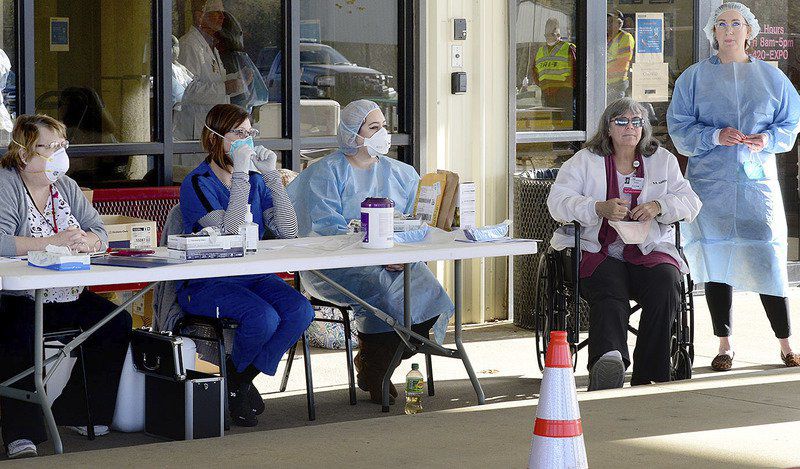 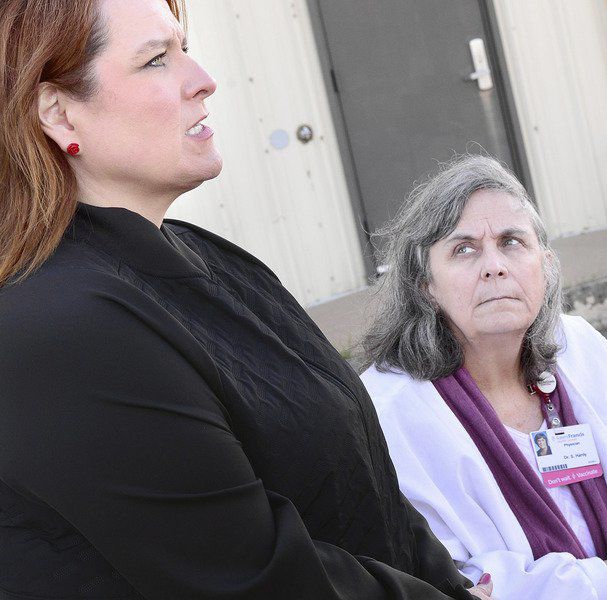 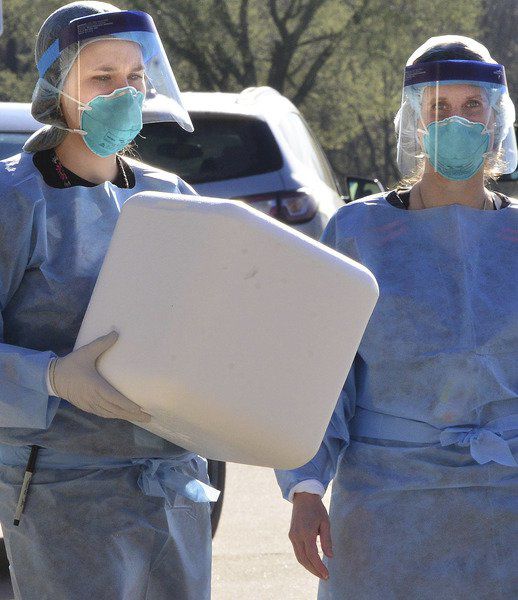 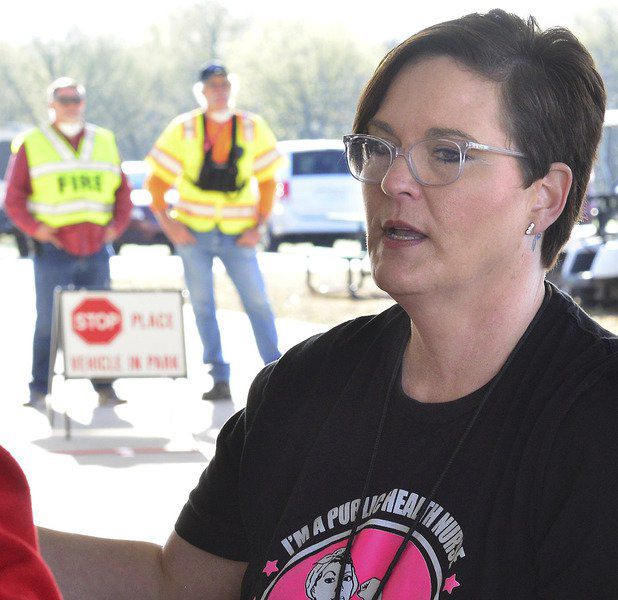 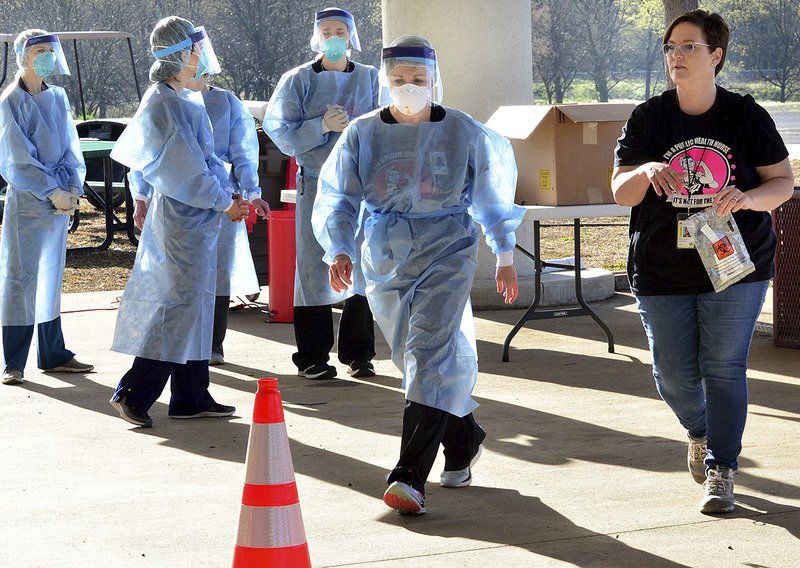 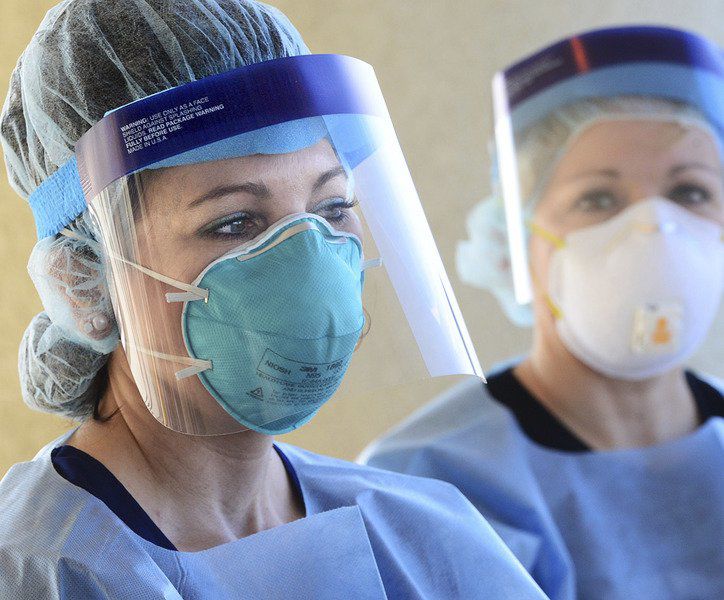 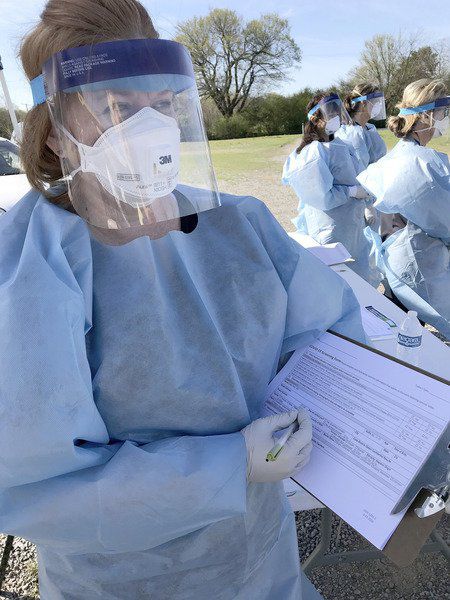 JAMES BEATY | Staff photoPittsburg County Health Department RN Misty Lacy stands at triage station near the Expo Center in McAlester on Wednesday where those seeking a COVID-19 test are screened to determine if a test is needed. 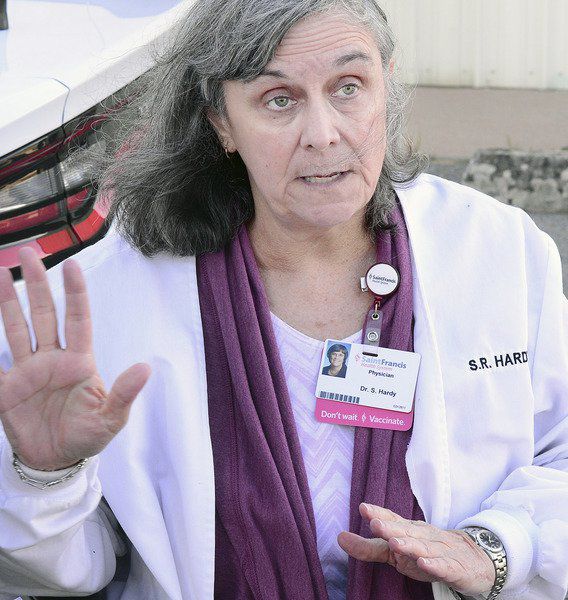 JAMES BEATY | Staff photoPittsburg County Health Department RN Misty Lacy stands at triage station near the Expo Center in McAlester on Wednesday where those seeking a COVID-19 test are screened to determine if a test is needed.

Coronavirus mobile testing in McAlester began slowly Wednesday, due to an initial lack of individuals driving to the Expo Center where the tests were conducted.

Another five sought a COVID-19 test Wednesday morning, but were turned away because they did not meet the criteria of having a temperature higher than 100.4º along with a cough or shortness of breath. Those receiving tests must be 18 or older.

As of Wednesday afternoon, no coronavirus cases were confirmed in Pittsburg County, health officials said. Getting lab results from the mobile test site at the Expo Center is expected to take from two-to-three days.

Pittsburg County Health Department nurses were given 100 testing kits for the Expo Center testing site in McAlester with the goal of collecting specimens from 100 individuals by the time testing ended around 2 p.m.

"Everybody's putting everything away," Montgomery said.

Montgomery said the specimens collected from the Expo Center mobile testing site will be transported to a public health laboratory by Wednesday night. Once the health department gets test results, health officials will notify those who were tested with results of the laboratory tests.

With only 16 people tested, what happens to the remaining 84 tests kits?

Montgomery said the kits were collected from county health departments in the nine southeastern Oklahoma counties she covers as regional director. Many will be returned to the counties from which they were obtained, with some to remain in Pittsburg County in case followup testing of others is needed because of a positive test result.

"We are not planning another day, but we would like to," said Montgomery.

Public health officials were not certain why more individuals did not show up for testing at the Expo Center.

"Obviously, we'd like to see more patients that hit the criteria for testing," said former Pittsburg County Health Department Administrator Mike Echelle, who volunteered to assist at Montgomery's request. "As for the organization and setup, we've come together as in the past."

Once entering the Expo Center grounds, drivers pulled into a triage station, where RN Misty Lacy and other nurses conducted initial screenings. Those deemed suitable for testing passed through two more checkpoints, including one manned by firefighters Chuck Nelms and David Weeks, before arriving at sampling stations under the Expo Center awning.

RN Sonya Anderson, who is the COVID-19 nurse for the Pittsburg County Health Department, stood with a team of five nurses in full protective gear waiting to collect testing specimens.

Testing consists of inserting a long cotton swab in both of the subjects nostrils, leaving it there momentarily and then twisting it, with the idea of obtaining more of a specimen. The sample collected on the end of the swab is inserted into a plastic tube and broken in half. Once the tube is capped, the sample is sent to a laboratory.

Nurses were ready to collect specimens.

"We're excited to be serving our community and those at risk," said Busby. "This is what we do."

EDITOR'S NOTE: This story has been updated