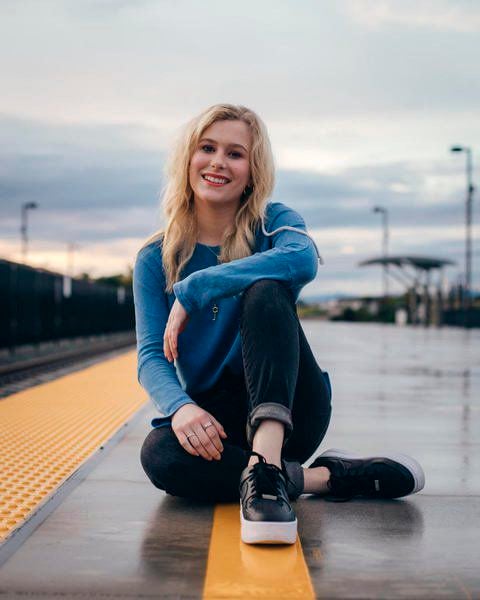 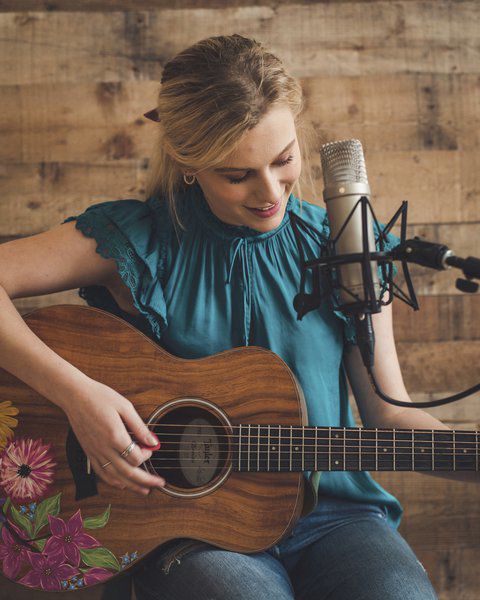 Even though the song says it never rains in Southern California, that's exactly what happened when McAlester teen Estella Kirk went to San Diego for a video shoot to accompany her new recording.

Instead of canceling the video shoot, Kirk's vocal coach Kira Fontana and video director Zack Patrick decided to work with the elements.

Since Kirk's new release is titled "Shelter in the Storm," the rain worked perfectly. The song is designed to give people hope during the COVID-19 pandemic and that's what Kirk and Fontana are hoping occurs when people hear the new recording and watch the video.

Watch the video by clicking here.

"Shelter in the Storm is getting worldwide release in both music and video form,Tuesday, May 5. It's being released on Kirk's YouTube channel, and is available on other outlets.

The video opens with footage depicting life and what people are experiencing during the COVID-19 pandemic, then moves to the hope and strength that can be found by turning to God, said Brittany Graham, who works with Kingdom Sound.

For Kirk, who will turn 15 later this month, having the video release is a dream come true. It came about after she began working with Fontana.

"We started working over Skype," Fontana said. "I shared what I knew about the music industry in L.A."

Fontana was transitioning from a vocal coach to start her own production company, Kingdom Sound, focusing on Christian music.

She said she encouraged Kirk to take a more positive approach than what is in typical pop music lyrics these days.

"I encouraged them to use their gift to glorify God," she said. Kirk agreed and they collaborated to write the song "Shelter in the Storm."

It will be included in Kirk's debut EP, set for release later this year. Fontana said the idea is to release a new song each month, and then release the EP as a whole. Kingdom Sound plans to release Kirk's next single in June.

Although the song had been written to inspire those struggling during the COVID-19 pandemic, Kirk hopes the lyrics are inspirational to anyone struggling against adversity.

"It could apply to the hardships of facing an illness or even having a fight with a friend," she said.

"The idea is no matter what the circumstances are around you, God is your shelter. When we go to Him, we're safe and secure and have that hope."

Fontana said they did not purposely plan to shoot the video in San Diego during a rainstorm.

"I didn't think to check the weather because it never rains here," Fontana said. After the director phoned her, they decided to go ahead with the video shoot because the rain fit with the song's message.

What about the sun coming out at the end of the storm in the video? Did they have to shoot that on a different day?

Nope. Fontana said the sun really did come out that day as the storm ended.

"We didn't plan it," she said. Fontana said they had really prayed to God to give them guidance at the end — and then the sun came out from behind the clouds.

"That was an answer to a prayer," said Fontana.

Kirk, who is the reigning Miss McAlester Outstanding Teen, is looking to forward to competing at the state level later this year.

Now back in McAlester, Kirk is anxious to see the reception her new song and video gets upon release.

"Now that I'm home, it's amazing to see how it came together," she said.