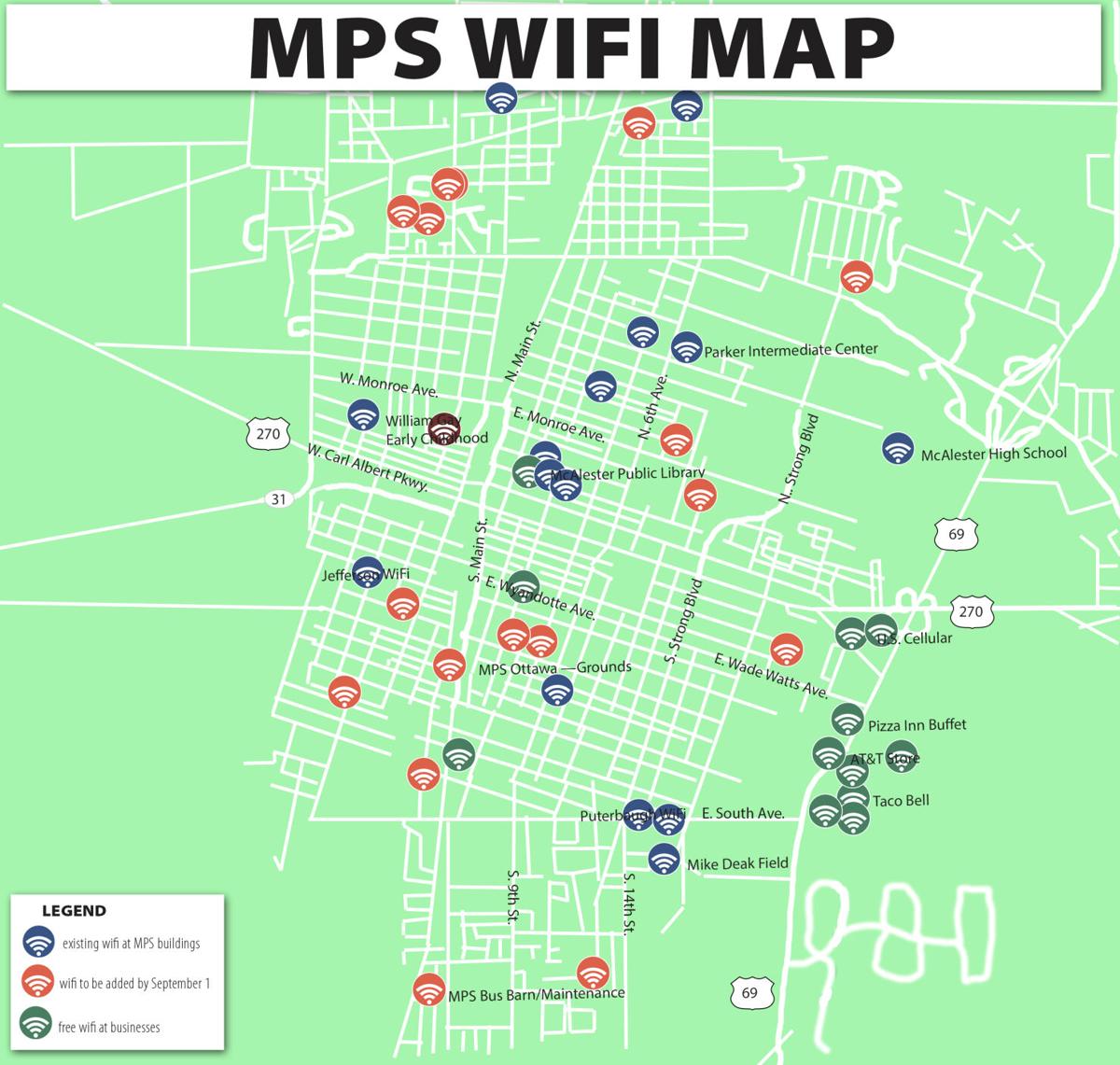 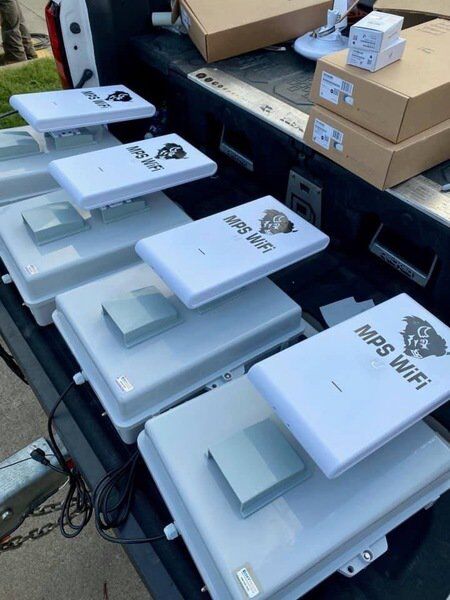 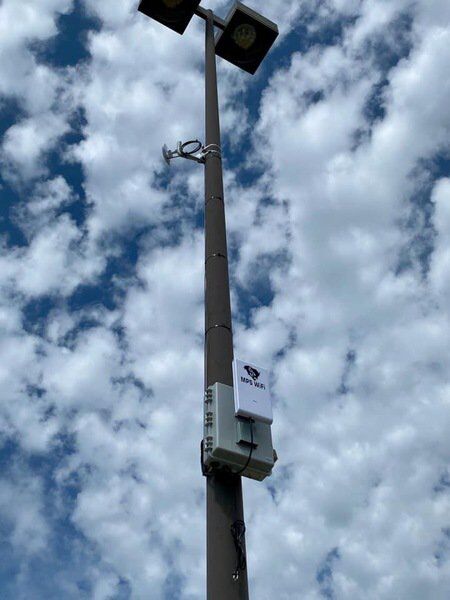 “We’re just preparing our students to move into the future and it gives us the ability to help our kids in a way that we’ve never been able to do before,” MPS Superintendent Randy Hughes said.

Oklahoma State Board of Education members closed school buildings and forced online instruction last April to help limit spread of COVID-19 among students statewide for the rest of the 2019-2020 school year.

MPS was already working toward going 1-to-1 — meaning one technology device per student — and expanding its wifi capabilities.

But MPS assistant superintendent Don Wise said the mandatory virtual transition last spring and increased interest in virtual and blended courses for the upcoming 2020-2021 academic year meant the school had to expedite the process.

“A lot of our students didn’t have wifi access,” Wise said.

Wise said the main contributing factors to limited wifi access across the district were socioeconomic disadvantages and data costs for people trying to complete lessons online.

School officials discussed the issue and decided to provide more wifi hotspots throughout the district for students to complete virtual and blended coursework.

MPS Technology Director Michelle Tindle said locations for the new hotspots were selected based on concentration of students.

“We tried to pick places where there was a high population of low economic kids or bus stop kids, and then the areas that also had some kind of shelter so they’d have some kind of place to sit down and get out of the weather to do their work,” Tindle said.

Tindle said MPS expanded wifi around all district buildings and plan to add about 18 hotspots throughout the district.

Some area businesses also agreed to be included on a map identifying free wifi access for MPS students.

Schools officials said the first phase of the project was to expand wifi at district buildings to allow parents and students to login from further away.

“On some of the campuses, you had to drive to a certain spot to get in there and utilize it,” Wise said.

MPS partners with SkyRider Communications for internet and connectivity services in the district and officials continued that partnership for the wifi expansion project.

“We knew they were a good, reliable company that could support the product and that it would work,” Tindle said. “We didn’t want to put up something that we didn’t know how reliable it would be, or it would take a lot of maintenance, or be a lot of overhead or reoccurring cost. This is one-time install and then all we have to continue to pay is just the internet cost.”

MPS receives the majority of its internet paid for through a federal grant at the central office and redistributes through its network across its campuses.

Officials said they chose to add wifi throughout the district because it was more cost efficient and beneficial than purchasing individual hotspots for each student and teacher.

“If we had a hundred of those things, it would’ve still cost us $12,000 a year to be able to get it out to kids just for the data,” Wise said

“And it would only serve that one kid instead of a hotspot that all the kids could come to,” Tindle added.

Students will also be able to access wifi on MPS buses.

Tindle said five buses will have cellular wifi hotspots for students on longer routes and can be used in areas of need as a mobile internet access point.

Officials said the network is secure as only MPS devices can log on.

Officials said the school already has wifi available at the following:

Sites that could be active this active:

Sites that could be available by September:

• B and Jefferson Park

• Seneca and B bus stop