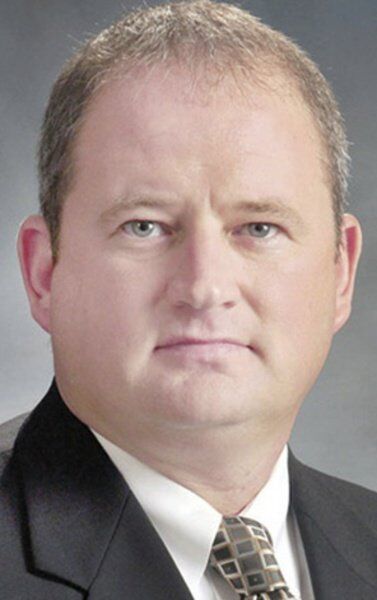 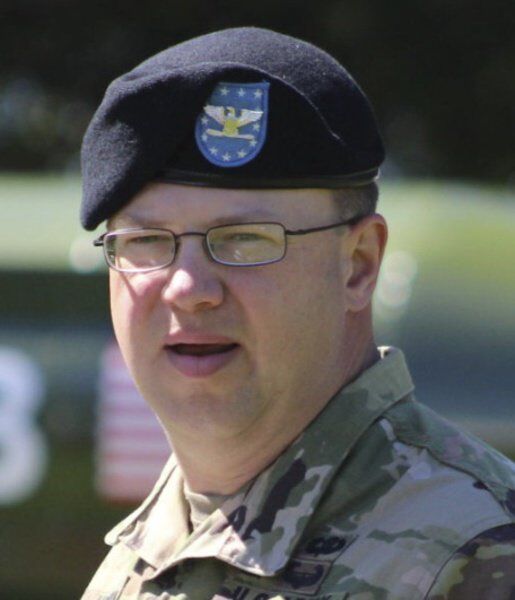 "Good morning Team McAAP. It feels good to say that, but I know I'm saying it for probably one of the final times," Shane Upton said.

The McAlester Army Ammunition Plant Commander gave a farewell during a relinquishment of command ceremony posted on the plant's Facebook page this week as he was reassigned and command was transferred to Civilian Deputy Brian Lott.

The ceremony was hosted by Col. Gavin J. Gardner, Commander of the Joint Munitions Command and Joint Munitions and Lethality Life Cycle Management Command, and was posted on the McAAP Facebook page.

Gardner said Upton led reformative efficiency efforts to save more than $16 million in FY20, implemented techniques to limit spread of COVID-19, led partnership with the Air Force to secure $70 million for a new multi-purpose production facility at McAAP, and more.

Upton was reassigned to a short stint in the Middle East before heading to Europe to serve as U.S. Army Europe and Africa G4, Gardner said.

Gardner said McAAP staff is great and Upton led the base well.

"I know it hasn't been easy — some long days, some long weeks at times under COVID, but frankly, you've led here exceptionally well," Gardner said.

Upton took over command on June 12, 2019, from Col. Joseph D. Blanding during a change of command ceremony at the base.

He became McAAP’s 36th commander and the 19th since the plant transferred from the Navy to the Army on Oct. 1, 1977. Upton came to McAAP from the Advanced Strategic Leadership Studies War College program at Fort Leavenworth, Kansas, where he earned a master's degree in Strategic Studies. He also commanded the Lake City Ammunition Plant from 2014-2016.

Upton thanked his family, retired Civilian Deputy Gary Reasnor, Lott, Chief of Staff John Ross, and others for their support.

Gardner said McAAP over the past year produced 67,000 bombs for the Air Force and Navy — including more than 23,000 2,000-pound general purpose bombs and more than 5,000 penetrator bombs.

He said McAAP also executed maintenance on more than 159,000 munitions, maintained an inventory accuracy rate better than 99% and distributed more than its maximum outload capabilities.

Gardner said McAAP shored more than 461,000 shorttons of ammunition — "it's valued at about $15 billion," he said.

Upton transferred command to Lott, the McAAP civilian deputy who will now lead the plant until Col. Mike Hammonds takes over command in the coming summer, Gardner said.

He started at McAAP in 1991 as a student employee and has held several positions at the base, explosives worker, program/management analyst, marketing specialist, chief of the Industrial Operations Division and director of Ammunition Operations.

Lott has served as McAAP's Civilian Deputy since 2019.

He also serves on the Frink-Chambers Public Schools Board of Education, is a member of the McAlester Lion s Club and serves on several other local boards.

"The first time I met Brian I was extremely impressed by his demeanor, his understanding of the myriad of operations that occur here at the base," Gardner said. "He is the right person here at the base."

Gardner said Lott will be responsible for managing day-to-day missions, security, safety and quality of munitions, and long-term plans to accomplish missions at the plant.

The plant is one of 14 Joint Munitions Command installations and one of 23 organic industrial bases under U.S. Army Materiel Command. McAAP is the site of production, storage, distribution and demilitarization.