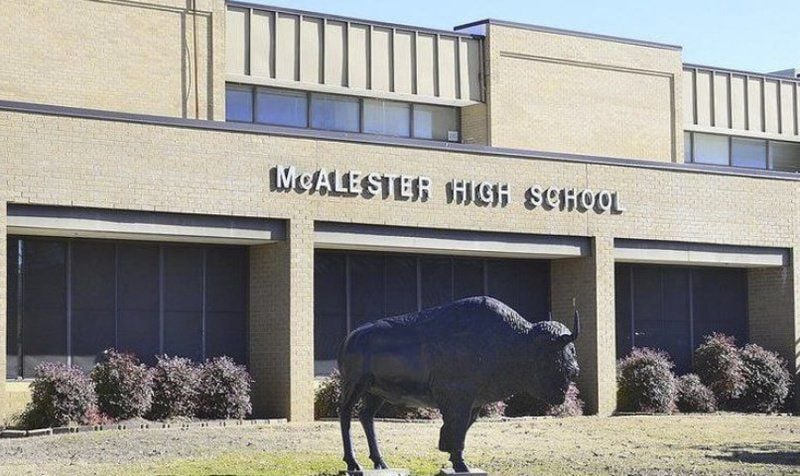 Staff file photoMcAlester High School received a "C" overall grade Thursday with the release of the Oklahoma State Department of Education's report cards for schools across the state. 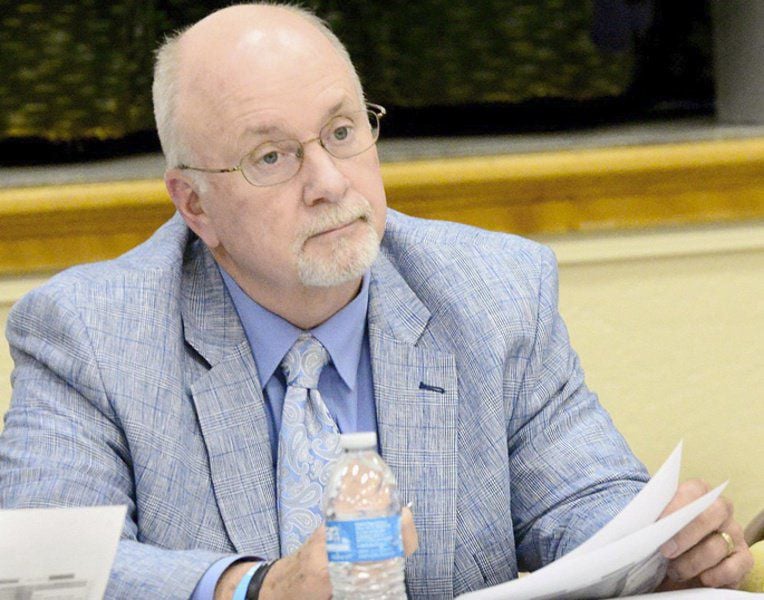 Staff file photoRandy Hughes, superintendent at McAlester Public Schools, said MPS is already working to improve on its scores from the Oklahoma State Department of Education's report cards for schools across the state released Thursday.

McAlester Public Schools campuses received three Cs, two Bs and one "A" with two campuses not receiving grades, but MPS Superintendent Randy Hughes said the district is already working to improve under the new standards.

“The state test scores are from the 2017-18 school year,” Hughes said. “This was a time in which we were still in transition and these scores are not indicative of where we currently stand academically. Our teachers and staff are working very hard to provide the best education possible to our students.”

OSDE is required by state and federal law to release Oklahoma School Report Cards to monitor the state’s most vulnerable students and to track academic progress.

“A well-rounded education is what we believe impacts learning overall,” state Superintendent Joy Hofmeister said during a media briefing ahead of the release. “So we made a very deliberate decision to highlight that first.”

Districts already reviewed their scores prior to the state Board of Education approving the release of the report cards during Thursday’s meeting.

The grades were based on a bell curve with five percent being notified that they received an “F.” Access to federal aid will be available to schools receiving an “F.”

Five percent of schools received an “A” and the rest of the grades were dispersed.

Shawn Hime, executive director of the state School Boards Association, said in a statement that schools across the state will continue working to help students.

“While the new report card’s focus on growth in student achievement is a welcome change, there are still many unknowns,” Hime said. “Our chief areas of concern about report cards haven’t changed. We don’t believe identifying schools with a single letter grade is necessary nor helpful on such a complex issue. Letter grade systems have a history of being closely tied to poverty, and we’ll be closely examining that issue as the new report cards become publicly available.”

The report card states 61 percent of MHS students were prepared for the next grade, while the state average was 45 percent. However, MHS received a “C” for academic achievement.

McAlester received a “D” in the graduation category as 81 percent of students graduated in four or five years and the state averaged 86 percent.

McAlester received a “B” in how it helps students gain early college and career exposure, with its 57 percent well ahead of the state’s 43 percent in the category.

Other McAlester schools fared well in the new system.

“We knew we had work to do two years ago when we put them in and we've changed the focus of education to go from how a student performs on a biology test to how they perform at an ACT test,” Hartshorne Public Schools Superintendent Jason Lindley said. “We've changed the focus of education from the standpoint of we're not looking at grade level as much as we're looking at improvement through the grades.

“It’s going to take time for you to know how your school actually performed,” Lindley said.

Lindley said Hartshorne anticipated similar results going into the new testing system, but also expects continued improvement with the same standards in place over an extended amount of time.

He also believes that schools will continue to help students prepare for their futures.

“I don't care what school you're in, in Pittsburg County. I know all these schools around here; I know they care about their kids and how they want them to be able to succeed,” Lindley said.

Absences made a difference for Hartshorne as the school received grades in chronic absenteeism of “D” at the elementary, “B” at the middle school, and a “C” at the high school.

Lindley said some absences were incorrectly coded and the school would address the issue.

Crowder High School and Elementary each received a “C” overall.

Haileyville High School and Elementary each received a “C” overall.

Indianola Elementary received a “B” overall, while Indianola High School received a “D” overall and did not meet federally-mandated 95 percent participation.

Kiowa High School and Kiowa Elementary each received a “B” overall.