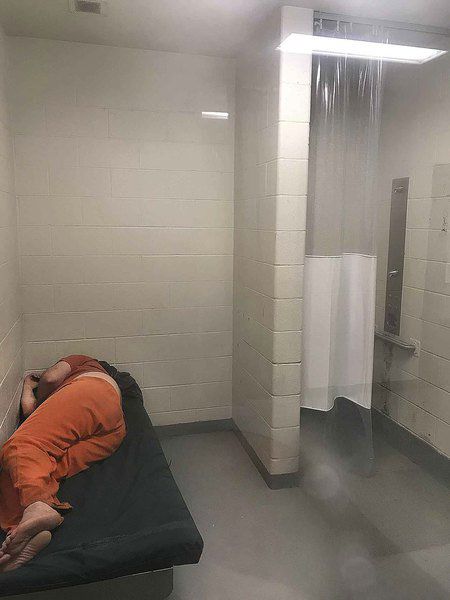 With health officials stressing the importance of social distancing to combat the COVID-19 virus, local law enforcement agencies have made adjustments to some of their operations.

Pittsburg County Sheriff Chris Morris said emergency calls are being handled the same and, if possible, reports are being taken over the phone.

McAlester Police Chief Gary Wansick said his officers have started taking some reports over the telephone if the officer isn’t needed to collect evidence or to observe specifics of the crime.

“Thanks to the city and our IT department, all patrolmen have computers in their cars that connect to our records management system,” Wansick said. “This allows officers' patrol cars to function as a mini office.”

Both said their agencies are handling arrests the same way as before the COVID-19 pandemic.

“We are still enforcing the laws and doing everything we can to protect the citizens of this county,” Morris said.

On March 20, District 18 District Judge Mike Hogan issued an order that court action regarding Pittsburg County residents who have failed to pay their fines have been stayed and held in abeyance for 30 days after the order.

The sheriff said deputies are implementing social distancing and limiting contact when possible.

Wansick said his officers have been directed to practice social distancing which also limits the number of officers at the police department at any given time. He said dispatchers are also asking callers if they are ill so officers can use personal protective equipment if needed.

When it comes to PPEs, Morris said deputies have always been issued hand sanitizer, but PPE has not been made available to his department yet and a request has been made.

Wansick said N-95 masks, gloves, and eye protection are being handed out to his officers, but his department is limited in hand sanitizer that is not out of date.

“I know the city and Pittsburg County Emergency Management are attempting to locate an additional supply of sanitizer as well as other PPEs,” Wansick said. “Understand though that first responders throughout the nation are in the same predicament.”

The police chief said if there is an indication of the arrestee being sick, PPE’s will be used.

At the jail, an arrestee will be met in the sally port by a corrections officer and will be asked a series of questions before receiving a temperature check. If a person is found to have a temperature higher than 100.4 degrees, the agency which brought in the arrestee will have to transport the person to the hospital to get tested.

The county jail is also equipped with a negative air cell — which means instead of being spread into the rest of the building, air from the cell is removed by an exhaust fan to the outdoors.

Gov. Kevin Stitt recently announced that all non-essential businesses must close in counties with confirmed COVID-19 cases. As of Monday afternoon, two cases of COVID-19 were reported in Pittsburg County.

The closures were among actions to prevent the spread of the coronavirus as numbers increase statewide.

Stitt also banned all gatherings of 10 or more people, ordered all elderly and vulnerable Oklahomans to stay home until April 30, and suspended elective surgeries.

“While a violation of an executive order can be a misdemeanor, law enforcement officers are counseled to inform and persuade to effect compliance when confronted with violations, emphasizing the gravity of the ongoing public health emergency we are experiencing,” Hunter said in a statement.

Hunter asked Oklahomans to be good citizens, good neighbors and comply with the governor’s executive order, as well as the ordinances of local governments, to protect one another from this deadly illness.

Both Morris and Wansick said their departments would enforce Gov. Stitt’s executive order with Wansick saying enforcement would be geared “toward safety of all involved and persuasion to follow the rules, not toward punitive action except as a last resort.”

“These are trying times, but our deputies are very well-trained and use good common sense,” Morris said. “They truly care about the citizens' safety and health, as well as theirs and their families. Deputies are taking every precaution possible to do their part to not spread COVID-19, while still providing the citizens of Pittsburg County with good law enforcement.”

Wansick said due to the uncharted waters, officials are learning as they go and thanked citizens for being cooperative.

“I would like to say that in general the citizens of McAlester have thus far been very understanding and cooperative,” Wansick said. “Our pledge is to work with the public to make this a safer community and limit the damage this pandemic can inflict.”