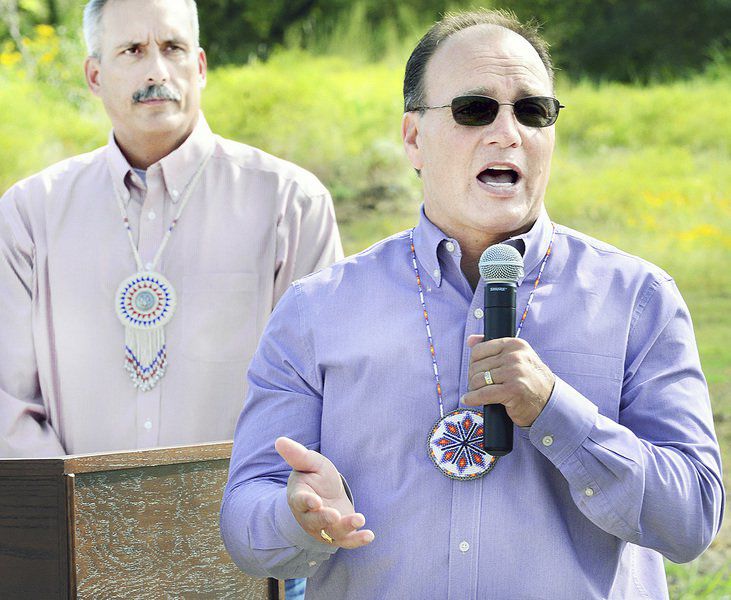 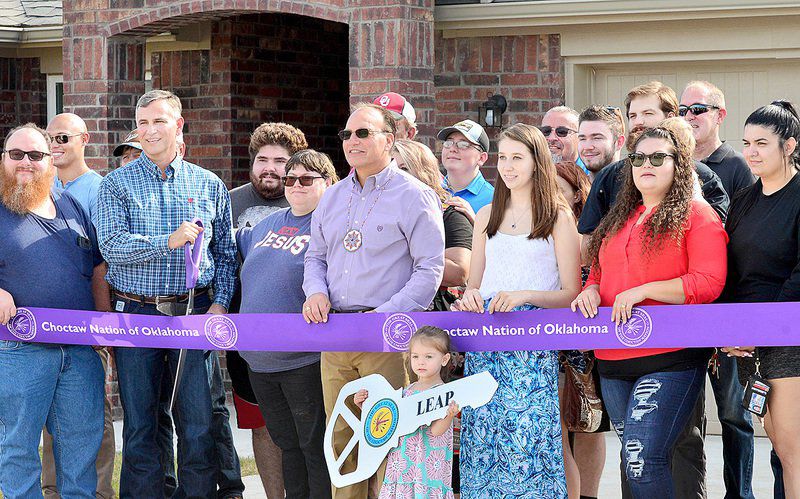 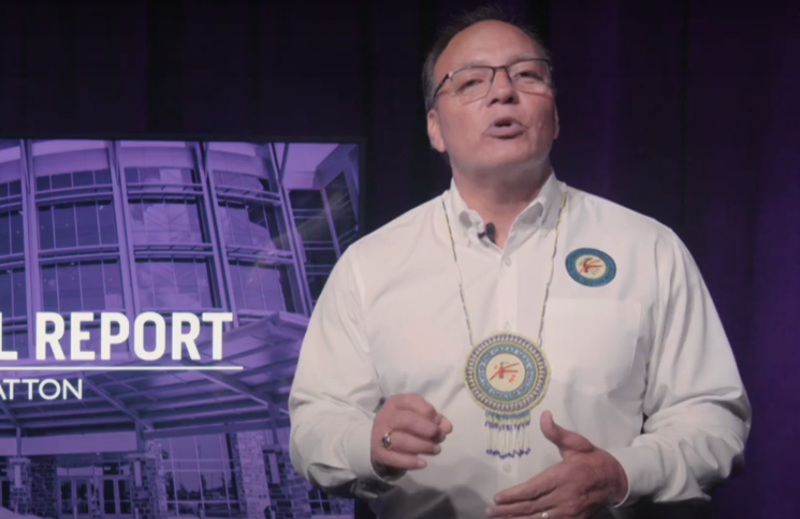 Gary Batton said he has many people to thank for his induction into the Oklahoma Hall of Fame.

The Choctaw Nation chief was selected in the Oklahoma Hall of Fame’s 93rd class to join 706 members and credited his family, friends and tribe members for their support.

“I’m just so thankful that I’ve had those people throughout the years, because if it hadn’t have been for them, I wouldn’t be receiving this award today,” Batton told the News-Capital.

Batton was born in Wichita, Kansas, the youngest of four children, to Earl and Dolly Batton, and grew up in Clayton, where he graduated high school in 1985. He and his wife of 33 years, Angie, live in Clayton and have two children, Stacy and David.

He started working for the tribe in 1987 as a clerk in the purchasing department while also attending Southeastern Oklahoma State University. After graduating with a bachelor’s in business management in 1989, he became deputy director at the Choctaw Nation Housing Authority, where he established several programs including the Choctaw Nation Drug Elimination Program, Family Investment Center Program and the Choctaw Nation Boys and Girls Club.

Batton was appointed executive director of health in 1997 by former Chief Gregory Pyle and led the way in replacing the Choctaw Nation Hospital, a former Tuberculosis Center constructed in the 1930s.

“That really made an impact on me from the impact we had on the people we were delivering health care to, but also we went from about 300 employees to 1,000 employees,” Batton said.

“Then also just to see the pride that came along with delivering a better health care system,” Batton added.

Batton expanded the Choctaw Nation health system with added clinics in Idabel, Stigler and Atoka, and by improving or replacing existing clinics in Hugo, Broken Bow and McAlester. He added a hospitality house and an adult inpatient alcohol and drug treatment facility at the health care center in Talihina. Batton also added ophthalmology, orthopedics, cardiology, physical therapy and a mail-order pharmacy in-house to the tribe’s services.

After Pyle’s retirement in April 2014, Batton became Choctaw Nation’s 47th chief and he was confirmed by a vote of the people in 2015.

He has emphasized strengthening the position of the Choctaw language and culture with construction of a new Cultural Center near completion.

An induction ceremony is scheduled for November for unveiling of inductees' portraits at the Oklahoma Hall of Fame and Gaylord-Pickens Museum.

The Oklahoma Hall of Fame was founded in 1927 to honor Oklahomans with the state’s highest honor and celebrate the state’s history.

“We proudly continue our mission in honoring Oklahoma’s best and brightest with our state’s highest honor” said Shannon L. Rich, president and CEO of the Oklahoma Hall of Fame and Gaylord-Pickens Museum. “Since the first induction ceremony in 1928 the Oklahoma Hall of Fame has celebrated the inspiring stories of our native sons and daughters who committed their lives to overcome challenges for the betterment of Oklahoma, our nation and the world. The outstanding class of 2020 is no exception and we look forward to sharing their unique stories that bring an overwhelming sense of pride to communities throughout our great state.”