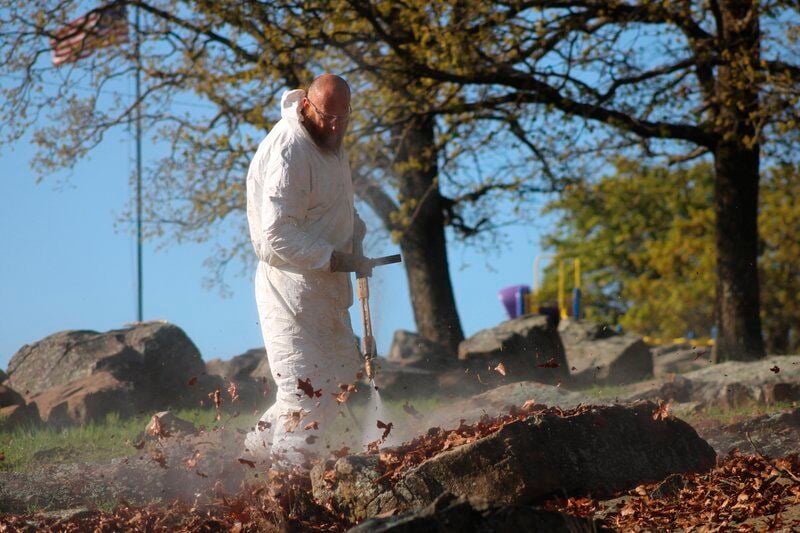 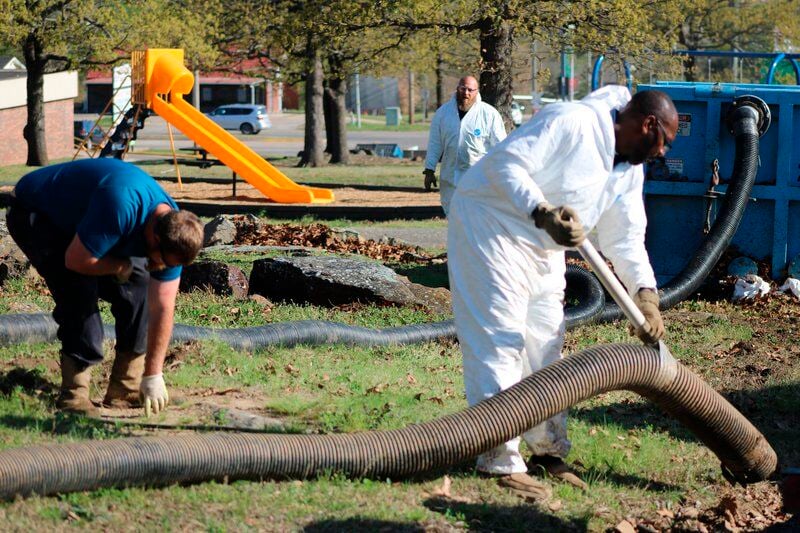 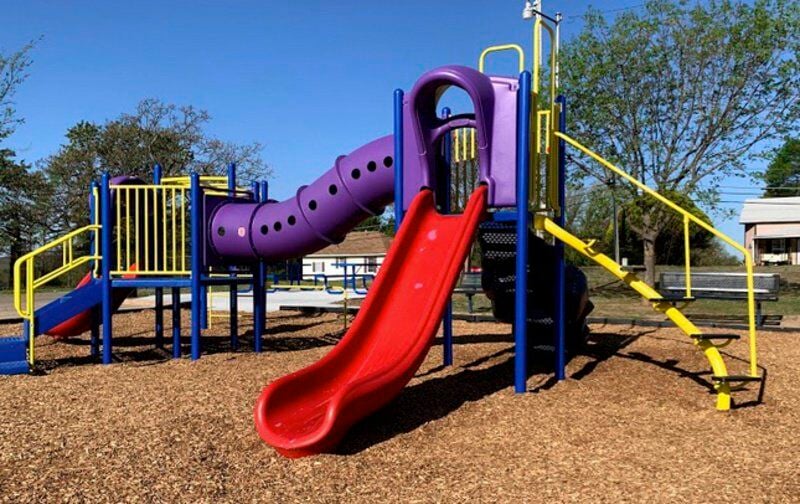 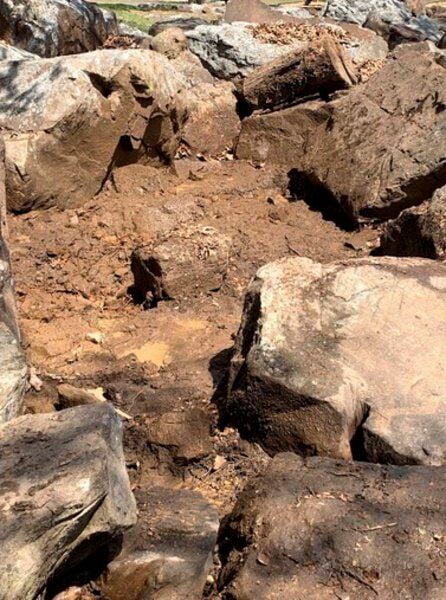 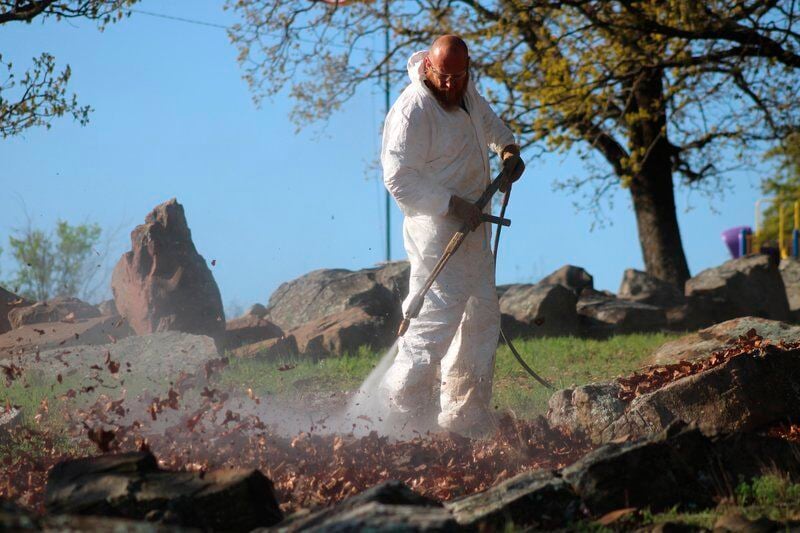 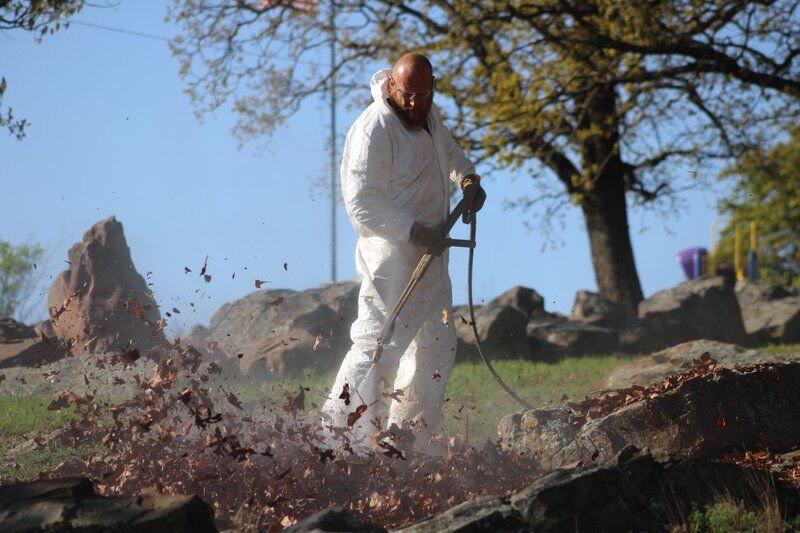 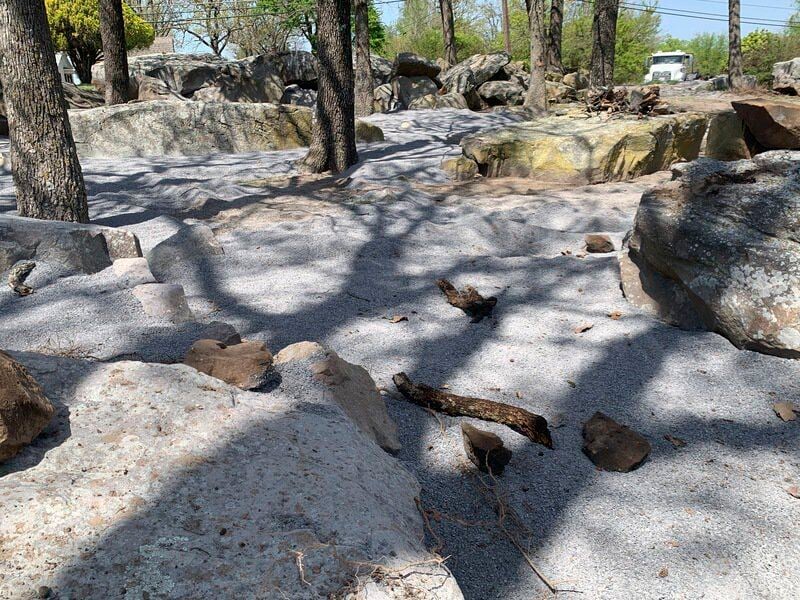 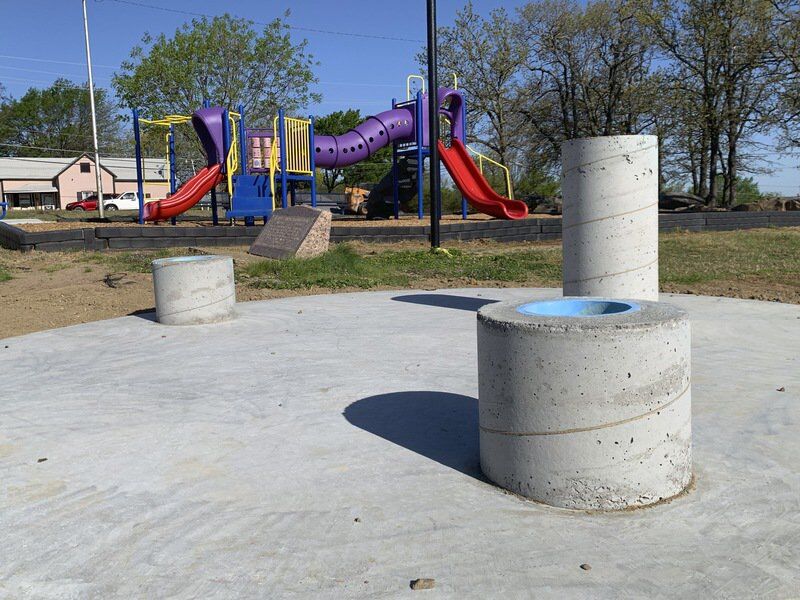 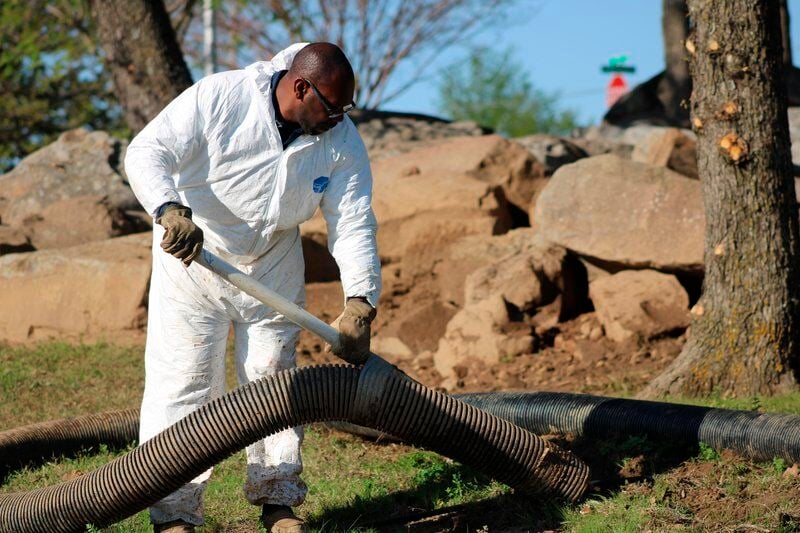 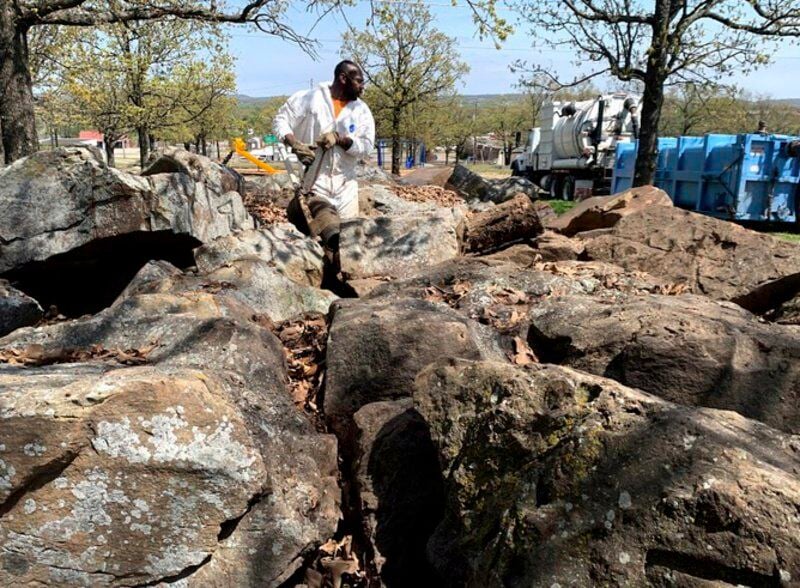 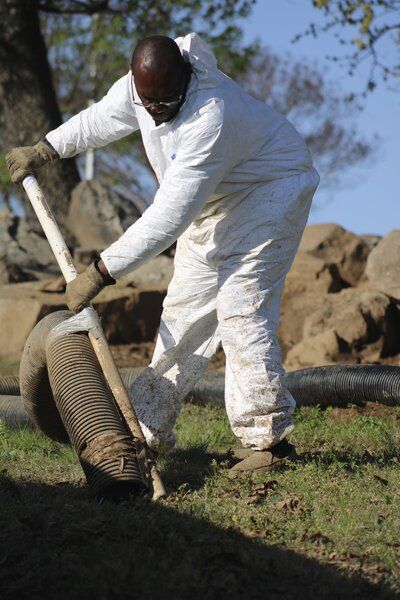 Workers blasting embedded glass and trash, and vacuuming the remaining debris is a major milestone for some involved with the improvements at McAlester's Michael J. Hunter Memorial Park.

After several efforts to improve the historic park in recent years, City of McAlester Public Information Officer Stephanie Giacomo said she was happy to see the hydroexcavation crews addressing a decades-old issue of broken glass in the park.

"I was so excited I could cry," Giacomo said.

The 7.6-acre park at Fourteenth Street and Chickasaw Avenue near the former L’Ouverture High School is named after Michael J. Hunter — who was born Nov. 2, 1946 and became the first McAlester native to die in the Vietnam War.

Hunter died trying to save a fellow soldier on March 15, 1967 and received a Bronze Star and Purple Heart for his actions.

Hunter Park was built in 1971 and hosted several reunions, Juneteenth celebrations and other events for decades, but several citizens noticed in more recent years it needed some improvements.

Giacomo said she went to her first Juneteenth celebration at the park about six years ago and couldn't put her son down to play because of the shards of broken glass on the ground.

"There was glass everywhere," Giacomo said. She was alarmed and spoke with community members about how to address the issue.

Giacomo, then executive director Pride in McAlester, started an awareness campaign in 2016 through the nonprofit to clean the park.

The organization, now known at Keep McAlester Beautiful, continued the annual events and community members focused efforts on the park, but Giacomo said it never seemed to be enough.

"It became really apparent after the first cleanup that volunteers with brooms and shovels were not going to solve this problem," Giacomo said.

The city of McAlester received a $20,000 grant within the last year through the Tobacco Settlement Endowment Trust for improvements at Hunter Park.

Giacomo applied on behalf of the city to TSET's Healthy Incentive Program Grant for Communities and TSET awarded the grant "to improve several components of a seven-acre park in a low income and historically minority neighborhood to improve health and quality of life for citizens."

The city also works with the Hunter Park Project, a group of community members focused on efforts to restore the historic park.

Hunter Park Project organizers have said they hope to make improvements at the park to better serve the 107 children within a half-mile of the park who live in public housing.

The group is working on several components to improve the park — including an ongoing fundraising effort to go toward a new memorial in Hunter's honor and a new flag pole.

Giacomo said the deep cleaning of the park is a major milestone for the park.

Brent McMaster, Jeremy McCoy, and Deandre Handy with Snyder Environmental, an Arkansas-based company that specializes in environmental remediation and disposal, hydroexcavated throughout the park this week.

"We use a high-pressure vacuum to sweep the surface area, then we use water pressure to hydroexcavate what the vacuum won't get and suck it up," McMaster said. "Then we usually take it to a city landfill and they use it for landfill material and we bring the truck back again."

It might sound simple, but McMaster said it isn't.

Community members pushed awareness of racial injustice and environmental injustice to the forefront in 2020, which Giacomo said the city recognized and prioritized improvements at Hunter Park.

Giacomo said City Manager Pete Stasiak, Assistant McAlester City Manager Toni Ervin, and city workers have been vital to the physical improvements made to the park.

City workers installed new awnings over picnic tables, new playground equipment at the north and south ends of the park, handicap-accessible ramps, wood chips for a softer playing surface, new swings, and more at the parks.

Crushed gravel is also being placed between large rocks at the park to reduce environmental strain, feed existing trees and provide a safe play surface.

City officials said plans include turning the wading pool into a splash pad, replacing signs, and more at Hunter Park.