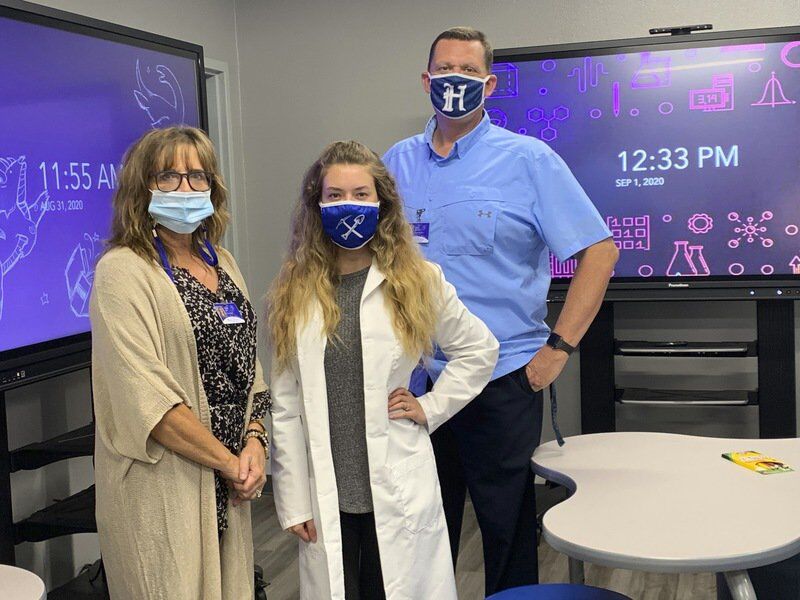 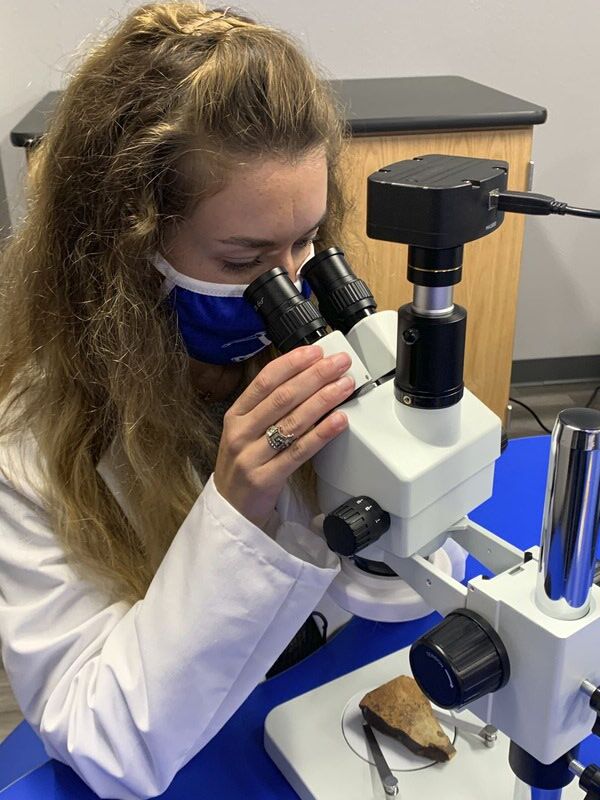 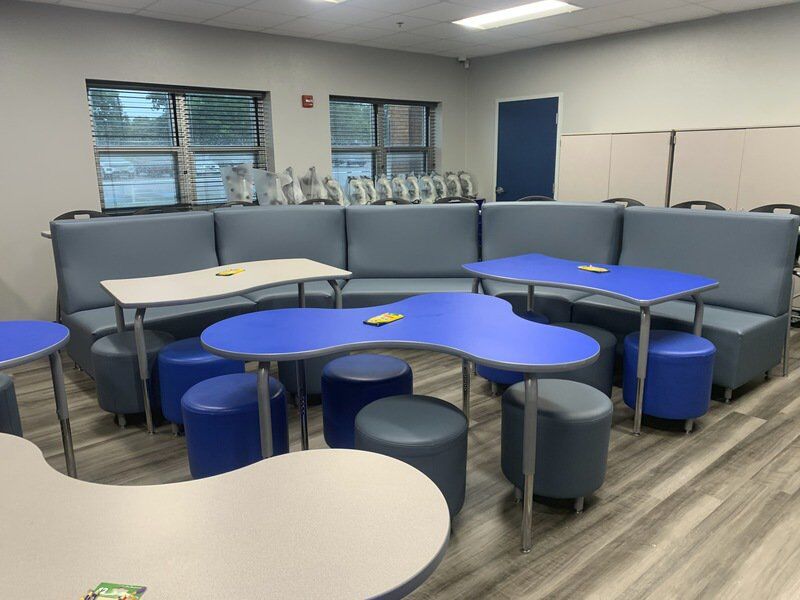 Students dart from one side to the other on two 70-inch touch-screen monitors for a classroom project at Hartshorne's North Ward Elementary.

"I am so proud of this for our kids," Elementary Principal Debbie Ott said.

School Improvement Grant funds went toward the STEM lab — which features the two interactive screens, several microscopes, new furniture, and will soon have a touch-table and more soon that are being delivered.

HPS Superintendent Jason Lindley said the school is about $1 million into the School Improvement Grant. Ott also thanked grant writer Julie Kitchell with assisting the school in receiving an additional $250,000 through an SIP to put toward the STEM lab.

"This is something that we never would've been able to afford before financially — but at the same time, we're able to set this in play to encourage them as they go into middle school and high school," Lindley said.

He added the large screens cost about $12,000, and the furniture, curriculum and technology would have been out of the school's budget.

Officials said the school used grant money to purchase two Promethean Boards, a brand of interactive whiteboard that projects images from a computer onto the screen and allows users to manipulate them by touch or with special pens.

Lindley described the boards as 70-inch touch-screen TVs connected to a computer for students to move things on the screen.

Ott said the goal for the STEM lab is to have students become invested in their own education through hands-on learning environment for students called Discover to Learn.

Students looked at slides, rocks and other items through a microscope for the first time this year.

Ott said the class has helped students build a connection with their education and consider building toward the future.

"They're just getting excited about something I don't think they've ever really been excited about," said Davis, who graduated from Wilburton High School and whose father was the microbiology instructor at Eastern Oklahoma State College.

She said teaching kids how to use a microscope at a young age puts them ahead of the field.

Lindley Hartshorne has struggled in math and science — and hopes the STEM lab is a step toward turning that around.

"We're going to make those our strengths," Lindley said. "That's where everything is going, is through the STEM side of education. We want to have our kids prepared for that — at the elementary level especially."