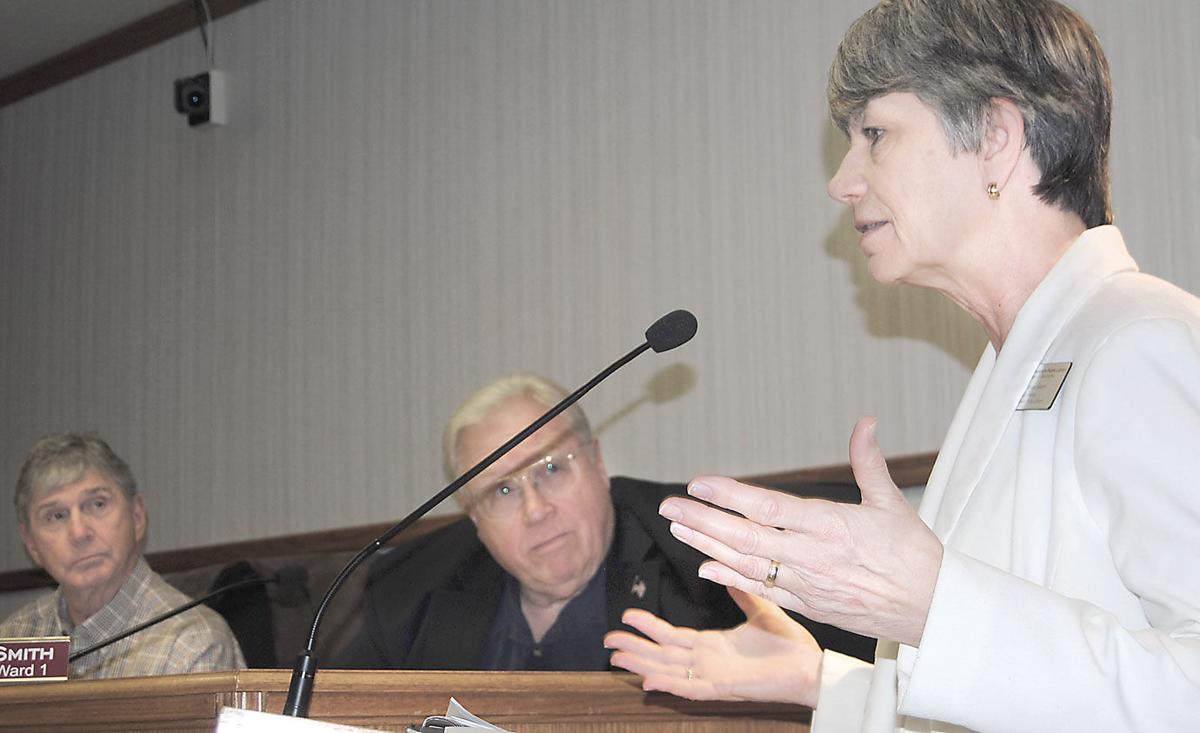 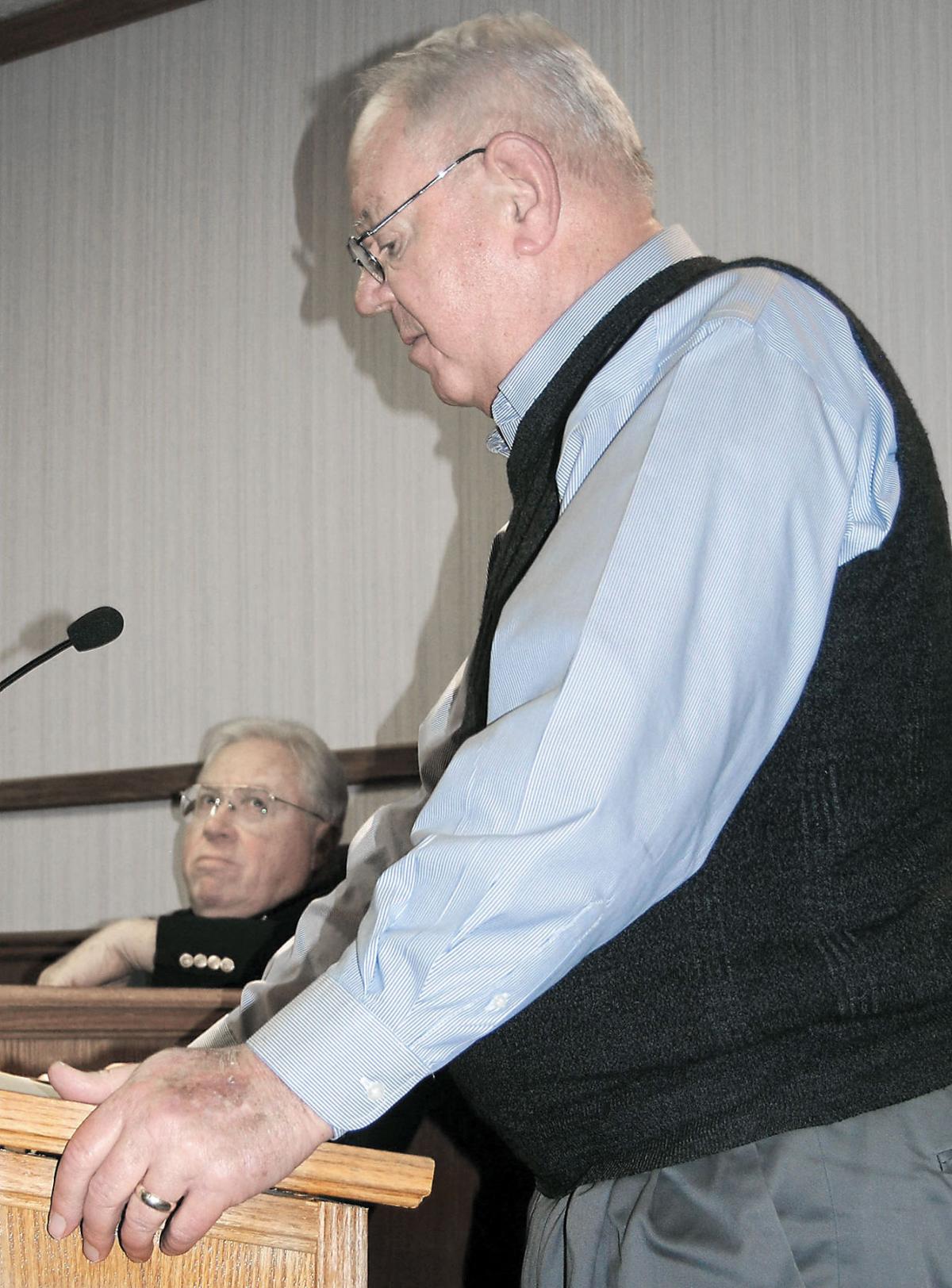 Friends of the McAlester Public Library have something like a Million in mind for a new library facility —the Million building that is.

The building, on South Second Street, once held the Million auto dealership. Now, it’s getting eyed as the preferred site for the proposed new McAlester Public Library complex.

MPL Head Librarian Christine Sauro was joined by a couple of members of Friends of the McAlester Public Library who spoke to the McAlester City Council on Tuesday night about why they think the site would be a natural for a new library facility.

They spoke to city councilors  during the council’s regular meeting in the council chambers at City Hall.

Following the presentation, city councilors voted unanimously to pass a resolution supporting a new public library building and endorsing a fund-raising campaign by the Friends of the Library.

Prior to the vote, the council head from Sauro, along with Bob Basolo and Emily Dunagin, of the Friends of the Library of McAlester.

Dunagin noted the city of McAlester is responsible only for providing and maintaining the McAlester Public Library building.

Almost $1 million is provided through Pittsburg County property taxes to operate the library. These county taxes pay for salaries, books and furniture — everything except the building, Dunagin said.

She said a new library building is needed.

“The McAlester Public Library was built 44 years ago,” she said.

Citing some of the reasons she believes a new library is needed, Dunagin said “The library contains more than one floor.”  Because of staffing levels, it’s difficult to monitor both floors, she said.

The main floor only has about half the space that’s needed, she said.

Dunagin said the main floor that can be monitored by library staff covers approximately 13,065 square-feet.

Wayne Hanway, of the Southeast Public Library System of Oklahoma, has estimated the need at 27,694 feet, she said.

Dunagin also noted the library now has 25 public computers and four computer catalog stations. The building was not designed 44 years ago for the use of computers and other technologies, she said.

“Our library is now the technology center of the community,” Dunagin said.

“While digital devices are getting smaller, humans are not,” she said.

“Instead of coming in and getting a book for reading., people are coming in to use computers and they need a place to sit,” she said.

Dunagin said there is currently no children’s activity room; the library is currently using part of the Whiteacre room.

The teen area is a small space carved out of the children’s regular area, she said.

“The building itself is not on a busy street,” said Dunagin.

She said 400 people a day use the library, with only 22 parking spaces available, and they’re not all on the same level.

That led to Basolo pointing out the place in mind for a new library.

“We do have a site in mind — that’s the Million building, he said.

Basolo commended City Manager Pete Stasiak and Mayor Steve Harrison for their input and interest in the proposal.

Ward 1 Councilor Weldon Smith then questioned Sauro about “one of my pet peeves — throwing away books.”

Sauro said many books go to the Friends of the Library Book Sale, other libraries in the system or to prisons in the area.

“We buy about 500 new books a month,” she said. To make room for the new, something must be done with the older ones, she said.

Mayor Harrison addressed the possibility of using the Million building.

“The Million property would work,” he said. “It always gets back to how we would fund it.”

Having the city’s resolution is a requirement for grant applications the councilors were told before they passed the requested resolution in support of fund-raising efforts.

During her presentation, Sauro said  she considers the library the heart of McAlester.

“I’ve often had as many as 200 children a day in our library during the summer months,” she said.

In addition to children’s programs, the library also has programs for teens and adults, Sauro noted, including a Teen Advisory Group, called TAG.

Programs include a series on Oklahoma history and the “Let’s Talk About It, Oklahoma” book discussion and lecture series.

Other programs include free computer classes for senior citizens from technician Anthony Smart to literacy programs offered through the McAlester Literacy Council.

When Smith asked Sauro how many of the library’s patrons live in McAlester, she said she did not have that information readily available.

However, on Wednesday, Sauro said she had given the matter some thought and had ran the Zip Code numbers as a way of determining how many of the library patrons are actually from McAlester.

The library currently has 11,837 registered patrons.

Sauro planned to conduct further research to see how many patrons use McAlester’s other ZIP code, 74502.