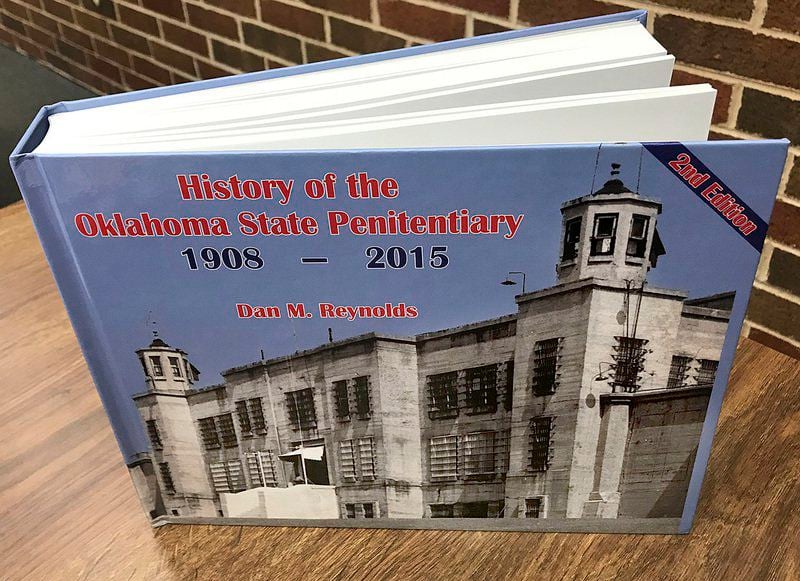 KEVIN HARVISON | Staff photoA second edition of his book "History of the Oklahoma State Penitentiary" is among the books, DVDs, postcards and other items former OSP Warden Dan Reynolds will have available during a book-signing event set for Saturday, Dec. 7, at the Tannehill Museum in McAlester. 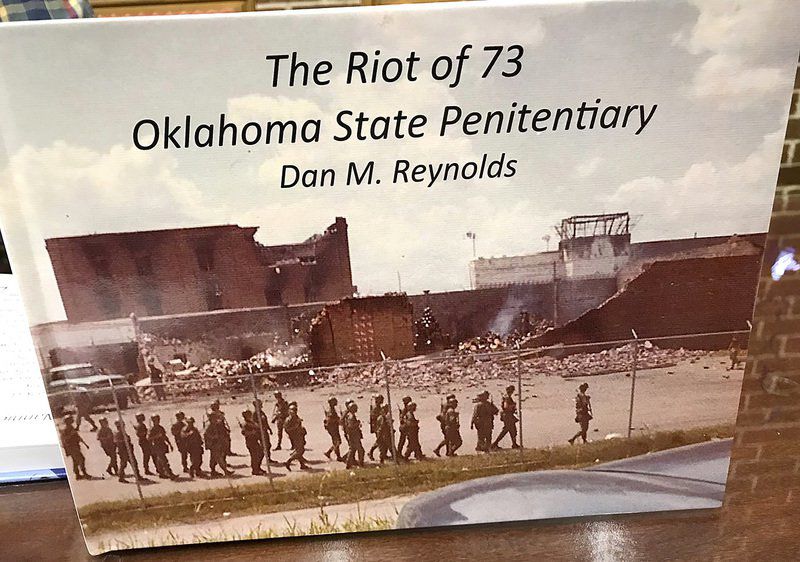 KEVIN HARVISON | Staff photoA second edition of his book "History of the Oklahoma State Penitentiary" is among the books, DVDs, postcards and other items former OSP Warden Dan Reynolds will have available during a book-signing event set for Saturday, Dec. 7, at the Tannehill Museum in McAlester.

Dan Reynolds knows a lot about Oklahoma State Penitentiary — having twice served as warden at the state's maximum security prison in McAlester.

What he doesn't know firsthand, he's learned through extensive research and numerous interviews he conducted with those who worked at the prison, ranging from other wardens to correctional officers — including some who were held hostage during the infamous 1973 prison riot.

Reynolds has turned that information into a series of books, DVDs, postcards, pamphlets and other items, mostly revolving around OSP.

He's gathering them together for a book-signing event set from 10 a.m. until 2 p.m.  Saturday, Dec. 7, in the Tannehill Museum at 500 W. Stonewall Ave. in McAlester.

One of the highlights is a new second edition of his "History of the Oklahoma State Penitentiary." A coffee-table quality hardcover, the books covers OSP's history in its 738 pages. It's filled with stories about not only the prison, but those who staffed it as well as stories covering some of the inmates who served time at OSP — and who sometimes died behind its walls.

Reynolds also writes about some the well-known musicians who gave concerts at the prison, including Johnny Cash and The Beach Boys.

Another of Reynolds' books is titled "The Riot of 73 Oklahoma State Penitentiary." Although it's not certain they will be able to attend, he has invited some of the correctional officers who served during the 1973 prison riot to attend the book-signing.

Reynolds shot the photo used on the cover when he was 16. He and a friend had gone on a fishing trip to Lake Eufaula when they heard about the ongoing riot on the radio and decided to drive to McAlester. Although Reynolds did not know exactly where the prison was located at the time, they had no trouble finding it once they got close to the city.

"We followed the smoke," Reynolds said.

Once at the site, Reynolds pulled out a 110 camera he had brought along to snap some shots of the now-forgotten fishing trip, and instead began taking photos of the still-ongoing riot.

The cover of his book regarding the 1973 riot shows a photo the teenaged Reynolds took of Oklahoma National Guard troops walking along a tall chain-link separating the prison grounds from the outside. Of course when he snapped the photo, Reynolds had no idea he would one day serve as the prison's warden.

He first served as acting warden at OSP for about seven months in1991 when then-warden James Saffle left to serve with the Oklahoma National Guard when the local unit was mobilized during Operation Desert Storm. He left after Saffle returned, but later came back to serve as warden in his own right until 1994.

Reynolds has also gone into a second edition of his popular "History of the OSP Rodeo," which tells the story of the longtime prison rodeo that used to be held at the prison's rodeo arena.

A few of the other items available include his books "On the Other Side of the Bars," "What God Wants You to Know" and "Caged Wisdom" Learning to See Through the Bars." Other items are historical pamphlets, such as "1909 Rules and Regulations of the Oklahoma State Penitentiary."

All together, Reynolds is expected to have approximately 25 items available at the book-signing. Some items are offered in a DVD format only, but Reynolds said all of the items are available as DVDs, including the books.

He said he continues to look forward to seeing his friends and former co-workers at Saturday's book-signing event.