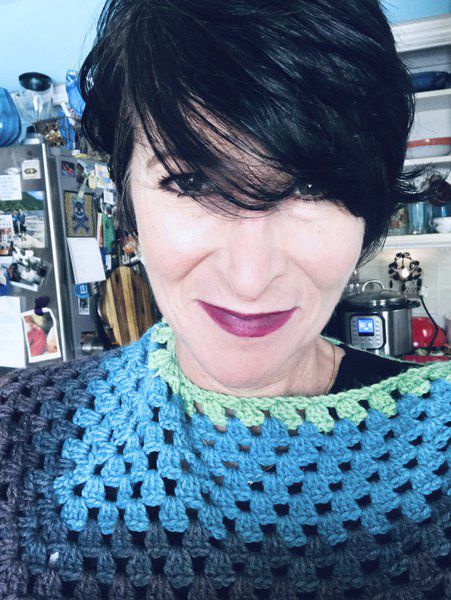 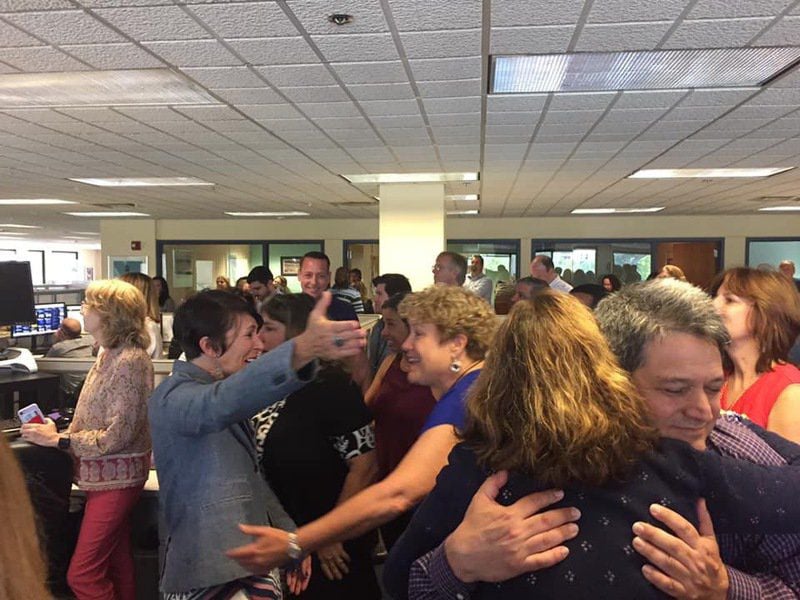 Susannah Bryan | courtesy photoBrittany Wallman, left, celebrates with colleagues of The South Florida Sun Sentinel after finding out they won the Pulitzer Prize for Public Service.

Susannah Bryan | courtesy photoBrittany Wallman, left, celebrates with colleagues of The South Florida Sun Sentinel after finding out they won the Pulitzer Prize for Public Service.

A former student of McAlester Public Schools called winning a Pulitzer Prize this week for coverage of the 2018 Parkland shootings “bittersweet.”

Brittany Wallman is a reporter at The South Florida Sun Sentinel, which won the Pulitzer Prize for Public Service this week for its coverage of the 2018 Stoneman Douglas High School shootings that left 17 dead. Wallman said the staff poured its efforts into reporting the mistakes of school officials, county law enforcement and the FBI before and after the school shootings in what was a challenging story to cover.

“People burst into tears; a lot of tears were shed and a lots of hugging,” Wallman told the News-Capital. “Because we are all still so heartbroken about the story and what we’ve been covering.”

Wallman is the Sun Sentinel's Fort Lauderdale City Hall reporter among other responsibilities and was one of the main reporters on the Parkland shootings coverage. She is a 1991 University of Florida graduate and a mother of two with husband, Bob Norman, who is a television reporter.

The Sun Sentinel won the Pulitzer for Public Service in 2013 for its investigation into off-duty officers driving their cruisers at speeds exceeding 100 mph.

But this time was different because of the the challenges staff faced. The paper’s copy desk was eliminated among layoffs and buyouts last year, legal battles for public records, attempts to have reporters jailed, the human emotion attached to the story, and more.

Wallman said everyone in the newsroom was involved in covering the Parkland shootings, with about a dozen on an investigative team dedicated to reporting and digging into records.

“We really dug into the story and it was such a sad, difficult story to tell,” Wallman said.

The Broward County School Board asked a judge to hold the newspaper, Wallman and colleague Paula McMahon in contempt regarding publication of the shooter’s school records.

A judge previously ordered the school district to release the report and the district complied with nearly two-thirds of it redacted in an attempt to protect 19-year-old Nikola Cruz’s privacy — and, in the event, redacting mistakes made by the district.

But the two reporters acted on a tip that allowed anyone to copy the report into a Word document to make all text visible regarding the shooter’s history at the school.

“There was a while where we were thinking ‘oh my gosh, are we going to go tojail?’” Wallman said. “It was just a really emotional year.”

The newspaper’s coverage of the shootings also garnered a Scripps Howard Award and the ASNE — but Wallman said some of the most rewarding comments came from the community.

“A lot of the community, as well as victims' family members, were on our side,” Wallman said. “They said ‘we want the truth, as painful as it might be’ and they rejected this notion that we keep picking a scab by reporting it over and over again.”

An Iowa native, Wallman came to McAlester as a seventh-grade student at Parker Intermediate School when her father, Ted Wallman, was the deputy warden at Oklahoma State Penitentiary.