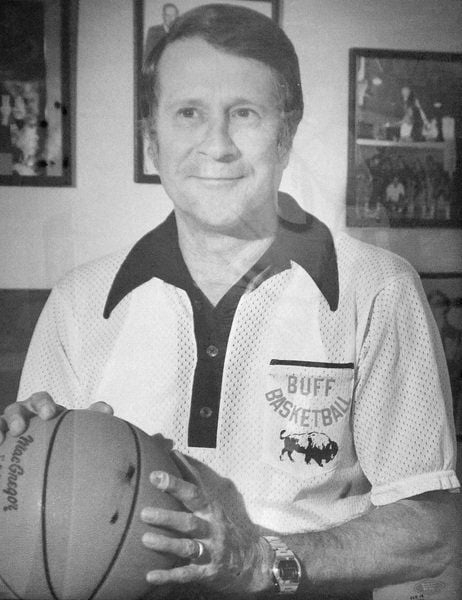 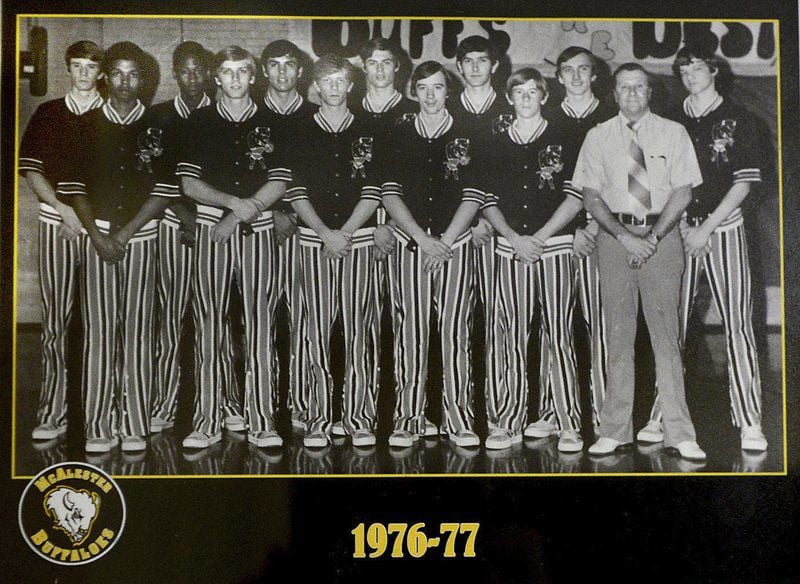 Longtime McAlester basketball coach Bob Brumley died Wednesday at the age of 94. He is pictured here with one of his Buffs teams.

Longtime McAlester basketball coach Bob Brumley died Wednesday at the age of 94. He is pictured here with one of his Buffs teams.

Brumley won more than 400 games in 26 years at McAlester and was a founding member of the Oklahoma Basketball Coaches Association on his way to being honored in several athletics halls of fame.

Don Brumley, the former coach’s son, told the News-Capital that his dad had an impact on the McAlester program and the players.

“He was a passionate guy, he really cared about all the kids that came through his program and helped a lot of them on a personal level and a professional level,” Don Brumley said.

Don Brumley said services for his dad will be held at 1 p.m. Tuesday at McAlester’s high school basketball gym — which was named after the legendary coach.

Bob Brumley played basketball at Ada High School and was a member of the Cougars’ 1940 state championship team, according to the family. He was later drafted into the Army and earned a Purple Heart and Bronze Star for his service in World War II, the family said.

Brumley’s coaching career started in 1949 — coaching at Moss and Wetumka for a season apiece — before he led McAlester basketball from 1951 until he retired from coaching in 1977.

He coached the Buffs to 423 wins and 185 losses — including five consecutive state tournament appearances in the 1950s — and led nine players to all-state honors during his tenure.

Brumley also helmed the McAlester tennis teams and won a state championship in 1963, but he is more well-known for his accomplishments in the gym.

Brumley was a founding member of the Oklahoma Basketball Coaches Association and had Feb. 18, 1977 dedicated to him as Bob Brumley Day by then-governor David Boren.

McAlester Public Schools named its basketball gym after Brumley on Dec. 2, 1986 — the same year he retired from the school.

He said Brumley played a crucial role in his coaching career and life.

“Next to my mom and dad, he was the most influential person in my life,” Williams said.

Williams said Brumley mentored him in “countless aspects of coaching and mentoring kids” and was always available to serve as a sounding board.

He said his former coach rarely missed practices or games for McAlester well after his retirement and always offered encouraging words to those who needed it.

“He always had the kids’ best interest in mind,” Williams said.

Williams said Brumley’s success was as much a product of his passion for the game and ability to motivate players as it was having the steady influence of his wife Barbara — who was known as “the first lady of Buffs basketball” and died in 2009.

She said the two would visit and she soon realized what kind of person Brumley was off the court.

“When you see someone every day you get to know them and he was such a special person,” Martin said.

Martin said the last McAlester game at which she saw Brumley, they sat courtside and he caught a ball that came careening toward them.

“I was shocked and impressed because when the ball came at us, he just reached up and caught it,” Martin said.

“I miss seeing him all the time,” she added.