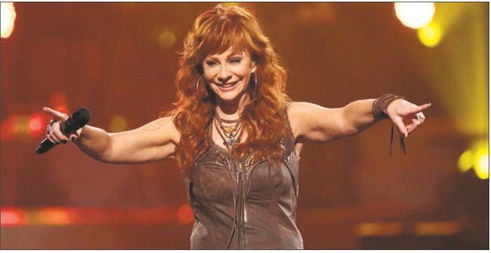 Reba McEntire, who was born in McAlester, may soon be subject of a statue in the city, according to officials. 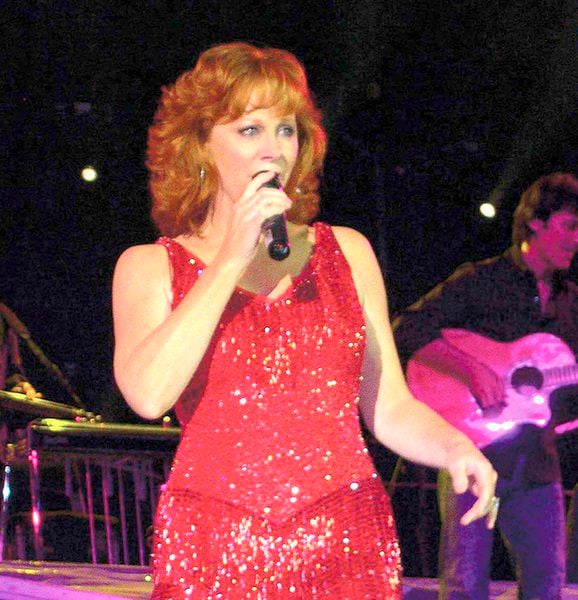 CNHI file photoReba McEntire performs in this file photo. City of McAlester Tourism Coordinator Eddie Gray is working toward his goal of having a statute of McEntire, who was born in the city, placed in Downtown McAlester. 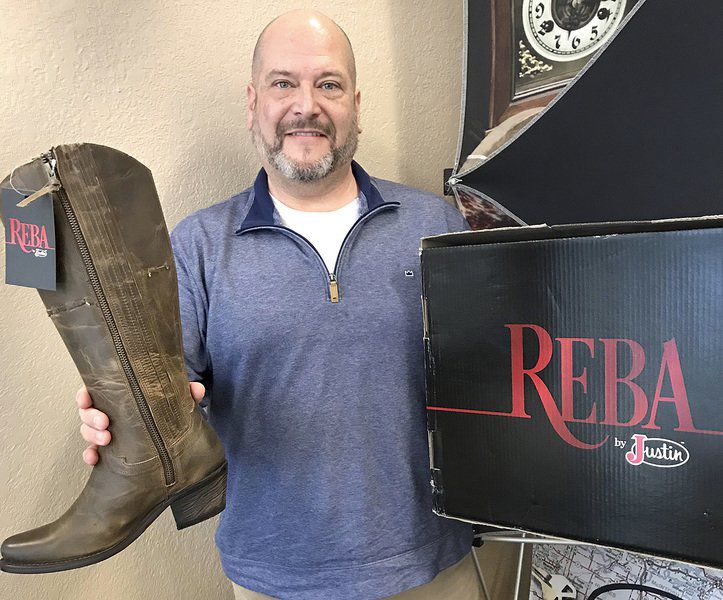 Reba McEntire, who was born in McAlester, may soon be subject of a statue in the city, according to officials.

CNHI file photoReba McEntire performs in this file photo. City of McAlester Tourism Coordinator Eddie Gray is working toward his goal of having a statute of McEntire, who was born in the city, placed in Downtown McAlester.

She has a star on the Hollywood Walk of Fame, a 2018 Kennedy Center Honor and numerous Grammy Awards. Now, fancy this: A larger-than-life statue of singer Reba McEntire in Downtown McAlester.

Plans are moving forward to have a statue of the country music superstar singer and actress placed downtown, with a few more hurdles before the hoped-for-project is finalized.

Having a Reba statue in McAlester is something McAlester Tourism Coordinator Eddie Gray has long wanted to do — but he said he first needed to make sure Reba and her representatives approved of the idea.

Gray said he has obtained their blessing, so the next step is to formally present the idea to the McAlester City Council. He did not have an exact date for when he plans to present the concept to city councilors, but he hopes to do so in the next five or six weeks, at the latest.

"I get calls all the time from people around the country asking what we have Reba McEntire-wise," Gray said Monday. "I have nothing to offer. This is a void we have to fill."

McEntire, who is widely known simply by her first name, Reba, grew up on a ranch in the Chockie area, northeast of Stringtown and attended Kiowa Public Schools. She was born in McAlester in 1955 at St. Mary's Hospital. The hospital is no longer in service, with the building which once housed the medical facility at 628 E. Creek Ave. is still in use, housing the Oaks Rehabilitative Services Center.

Oklahoma Lt. Gov. Matt Pinnell referenced the hoped-for Reba statue in a Sunday tweet during a National Football League Wildcard playoff game, referencing a shot showing the statue of the movie character Rocky and the so-called "Rocky Steps" — the 77 steps at the Philadelphia Museum of Art that actor Sylvester Stallone ran up while portraying Rocky Balboa in the 1976 film "Rocky."

"They just panned to a shot of the Rocky Statue and the 'Rocky Steps' during the #SEAvsPHI game. It's good, but the future Reba McEntire statue in McAlester will be epic. Get ready. #OklahomaMusicTrail," Pinnell tweeted.

Gray said that he would like to see a Reba statue placed on one of the new Streetscape bump-outs on Choctaw Avenue, where it could be seen by drivers looking to the south down First Street from Carl Albert Parkway — which is what U.S. Highway 270 is called when it passes through McAlester. Hopefully, that would entice some of those drivers to stop and check it out, as well as more of downtown, he said.

If things go as Gray envisions, the statue and base together would be from 10-to-11 feet tall — making it truly larger-than-life.

"The statue would be six-feet-tall and the base would be four or five feet tall," Gray said.

"There would be lights so it would be lit at night," he said. "That's the idea, anyway."

Asked about the cost, Gray estimated it would cost around $40,000 for the statue, with approximately another $20,000 for the base, lighting and a trail leading up to it.

"For that $60,000 price tag, that sounds like a lot of money, but it will be the cheapest form of advertising we would get," Gray said.

Gray is well aware the decision on approving the statute project will be up to the city council. He said the tweet from Lt. Gov. Pinnell does not mean the state has committed to helping fund the cost of the statue. Rather, the state support would likely come in the form of directional signs along highways approaching the city, which would guide motorists to the statue as part of the Oklahoma Music Trail — a series of sites related to music in Oklahoma.

Gray thinks the statue would be a win-win-win — for the city and for Reba.

"It would be a driver of tourism," Gray said. "It would get people off the highway to our downtown."

Money spent locally would go into the tax base that could be used for everything from repairing potholes to driving other tourism, infrastructure and economic development projects, according to Gray's concept.

Gray hopes to get support from groups and organizations in the community which would donate to the project. Gray said would like for those who contribute to be recognized for helping create the statue. He said he doesn't plan to ask for more than $2,000 from each organizational donor.

"I know they work hard for their money," Gray said.

He believes the statue would draw Reba fans from around the nation to McAlester — and it would be great for McEntire to be honored by the city of her birth.

If the proposed Reba statue is approved and placed in McAlester as Gray and other supporters of the concept hope, it would not be the only statue of an Oklahoma singer in the state.

Up the Indian Nation Turnpike and off Interstate 40, a statue of famed folk singer, songwriter and author Woody Guthrie, the writer of "This Land Is Your Land," "Oklahoma Hills," "Pastures of Plenty" and numerous other songs, is already in place in his hometown of Okemah.