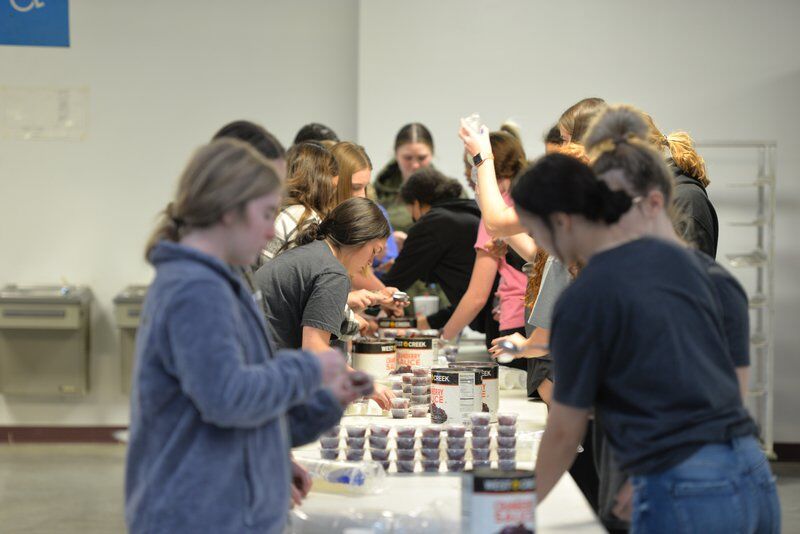 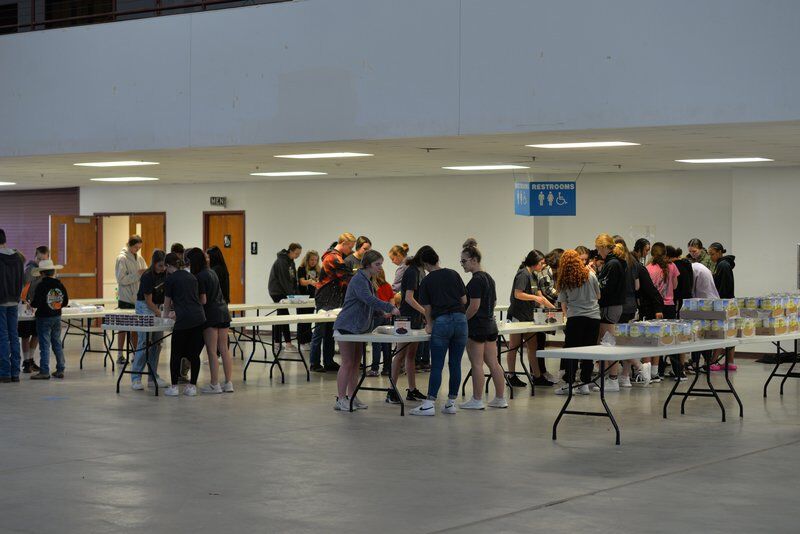 Pittsburg County elected officials, along with members of their staffs and community volunteers have been busy getting everything ready for the 36th Annual Pittsburg County Community Thanksgiving Dinner.

Now, it’s almost time for dinner to be served.

Following a few more preparations, plans called for everything to be ready on Thursday in time for Thanksgiving Day.

Volunteers have cooked 60 turkeys for this year’s dinner because they’re expecting lots of hungry mouths to feed. How many meals are they ready to serve?

“We are starting at 2,500,” said Pittsburg County Assessor Michelle Fields, one of the organizers of the event. Volunteers are ready to serve more than 3,000 meals if the need is there.

Included on the menu are dressing with turkey, mashed potatoes, green beans, cranberry sauce, a roll, pumpkin pie and a soft drink.

Once again this year, all of the meals will be served in carryout trays handed out at the Expo Center to those who made arrangements for the pickups in advance, or who made the advance arrangements for home deliveries. No sit-down dinner at a central location will be held this year.

Pittsburg County Clerk Hope Trammell said the carryout trays will be available for pickup beginning at 11 a.m. on Thursday, Nov. 25. Plans for home deliveries to those who signed up to participate but who are unable to go the Expo Center to pick up the trays themselves should begin around 9 a.m. Thursday.

The procedure for picking up carryout trays at the Expo Center on Thanksgiving Day begins by pulling into the Expo Center at its regular entrance off U.S. Highway 270 west of McAlester.

“There will be people directing traffic to the pickup area,” said Pittsburg County Office of Emergency Management Director Kevin Enloe. To get to the food pickup site, drivers will be directed to pull up near the Expo Center’s main entrance.

“They will pull underneath the awning,” Enloe said. “Meals will be distributed there.”

Enloe said drivers do not need to exit their vehicles. Volunteers will bring the pickup trays to them, he said.

Food preparations have been underway for the Community Thanksgiving dinner, with things gearing up last Friday, when workers made up 25 pounds of cranberry sauce.

“Sunday, we put on 20 turkeys,” said Fields. “We did another 40 Monday and Tuesday.” Volunteers started on biscuits to be used as part of the mix for dressing on Monday, along with other ingredients for the annual Thanksgiving meal.

Along with the elected officials and some members of their staffs, volunteers from the community joined those making food preparations, including several sports teams from McAlester Public Schools.

They included members of the Lady Buffaloes High School softball and basketball teams as well as McAlester High School cheerleaders. Scipio Baptist Church sent a group and there were also a number of individual volunteers from the community, Fields said.

“We were able to get ahead of schedule,” she said of the preparation process — largely due to volunteers who pitched in to assist with the project.

More volunteers will be needed to help deliver the Community Thanksgiving dinner to those who signed up to participate but who are unable to come to the Expo Center to pick up the meals themselves.

Those who were volunteering to help with deliveries were encouraged to call the 918-423-7785 number in advance to help with scheduling.

“If they chose to call ahead, that would be helpful,” Trammell said.

Still, it’s not required of those who are willing to assist with the food deliveries on Thanksgiving Day. Everyone who wants to help is welcome.

“If they want, they can just show up” at the Expo Center on Thursday morning, Fields said.