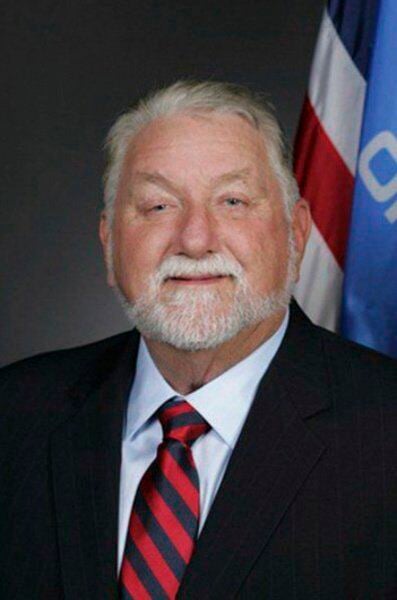 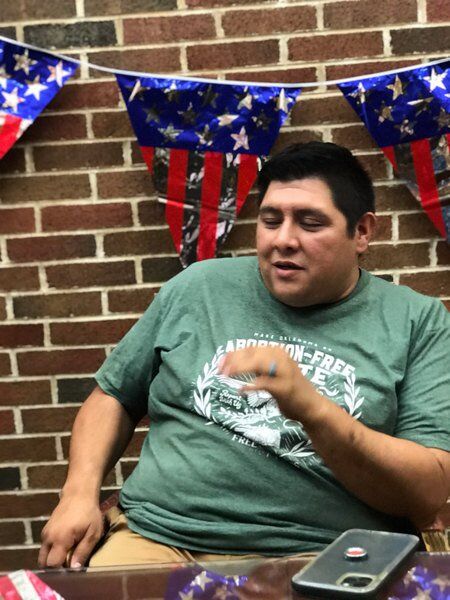 A man who identifies himself as the founder of The Ekklesia of Oklahoma filed a report with the Stigler Police Department alleging District 7 State Sen. Larry Boggs, R-Red Oak, threatened him during a meeting of Haskell County Republicans.

Daniel Navejas, 34, of Guthrie, alleged the incident occurred on Tuesday, July 14. He filed a report with the Stigler Police Department at 7:57 p.m. that night.

Navejas alleges in the police report that during the Haskell County GOP meeting, Boggs verbally attacked him; that Boggs tried to put his hands on him and threatened him with violence if he went outside. He reiterated those allegations when speaking to the News-Capital.

Boggs also spoke to the News-Capital and told a different story, saying he didn't threaten Navejas and that he had not done anything to threaten him.

"A 73-year-old-man is going to threaten a 34-year-old?" Boggs said. He maintained he simply wanted Navejas to go outside and talk so they wouldn't be disrupting the GOP meeting.

Navejas sometimes travels with District 7 State Senate candidate Warren Hamilton, who is in the Aug. 25 Runoff Election with Boggs. The runoff is to determine which GOP candidate will face Democratic nominee Jerry Donathan in the Nov. 3 General General Election for the District 7 seat. Hamilton is from McCurtain, in Haskell County.

Stigler Police Chief Richard Dickson said early Wednesday the matter remained under investigation. He said he hoped to have the investigation wrapped up later in the day and the information forwarded to the district attorney's office.

Who will determine whether any charges should be filed in this matter?

"I will handle it," Sullivan said from his McAlester office.

Sullivan said Wednesday afternoon he has already received some videos and his Stigler office will fax him the police reports.

In a written statement given to the Stigler Police Department, Navejas made the following allegation: "On 7/14/30, I was attending the Haskell County GOP meeting. Near the end of the meeting, Senator Larry Boggs verbally attacked me, attempted to put his hands on me, but was stopped by other(s) present and then proceeded to threaten violence against me, if I went outside."

"I am a minister if the Gospel of Jesus Christ, thus my response to him was to 'repent.' I stood with my arms at my side and prepared myself to be assaulted without reaction. Due to Senator Boggs' weak and feeble stature."

"I believe this is unlawful and should be reported," the statement by Navejas concludes.

The News-Capital spoke with Boggs, who had a different version of what transpired.

He said most of those attending the meeting were Hamilton supporters, who he accused of disrupting the Haskell County meeting. He maintained he had done nothing at the meeting for which he needed to repent.

"I haven't done anything," Boggs said.

"I said let's go outside and talk without disturbing this meeting," said Boggs.

"About 35 people were in the room and about 25 were Hamilton supporters," Boggs said. "All I said was 'let's go outside and talk.' There was so much noise in there."

"He put his finger in my face," Navejas said. "He pushed through a crowd of around seven people."

Nevejas said he understood Boggs to say something like "Let's go outside and square off," although he wasn't certain those were the exact words.

What about the assertion that Boggs simply wanted to go outside and talk?

"It was not a conversation, by any means," said Navejas.

"My opponent shipped in a hostile group of radicals from Guthrie to try and intimidate everyone in the room and I'm glad I was there to stand up for myself and everyone else they tried to bully," Boggs said.

"Where I come from, offering to 'take it outside' is an invitation to stand down. My opponent just recently moved here from Texas, so maybe these kinds of sleazy attacks work in Austin, but Oklahomans stand up for themselves," Boggs continued.

"I have always voted 100% pro-life, yet these people were calling me a 'baby killer' for reasons I can't understand. Sadly, some people shouted the same thing to me when I returned from my tour of duty in Vietnam. I didn't let it rattle me then and I won't let it rattle me now as I will always defend the people of my district."

Boggs maintained his opposition is operating like what he called "the Radical Left" and uses bullying tactics.

Much of the dissension centered around Senate Bill 13, an anti-abortion bill authored by District 5 State Sen. Joseph Silk, R-Broken Bow.

Navejas said when he and others learned the GOP meeting in Stigler was billed as one to put out the truth about Senate Bill 13, "We reached out to Senator Silk. He said he had not been contacted." Navejas said Silk decided to attend the meeting since he had authored the bill.

Boggs maintains he did not support Silk's bill because some amendments he requested were not added. Boggs said he supported a different Senate anti-abortion bill that did include amendments he sought.

A video viewed by the News-Capital Wednesday largely showed Boggs and Silk. Both were seated most of the time, with Boggs standing up at one point before sitting down again. Boggs and Silk were largely disagreeing with each other about the process to adopt, and amendments which were to be offered, regarding Senate Bill 13.

That particular video breaks away prior to the alleged incident regarding Boggs and Navejas.

Both sides have accused the other of lying about the matter.

The Ekklesia of Oklahoma is identified on its website as "part of global movement of Christ followers and concerned citizens responding to the growing social, political and economic crises with practical Biblical princples and models that solve specific community and national problems."

It describes itself as "a group of people seeking to transcend self-interests and "politics as usual" to help our communities, cities, states and nation thrive out of these crises.

"The Ekklesia of Oklahoma is committed to city and cultural transformation in the immediate abolition of abortion," the group's website states.

Checkout this collection of stories from our election coverage.