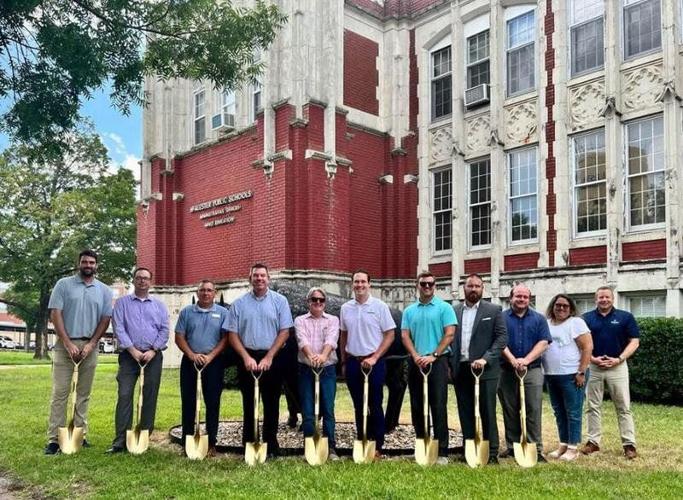 Submitted photoRepresentatives from Dobson Fiber and city of McAlester officals pose during a groundbreking ceremony after Dobson annoucned their plans to expand their fiber internet to McAlester. 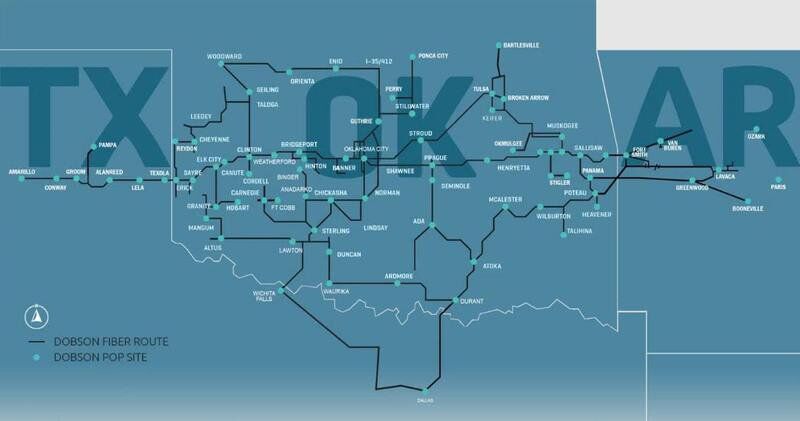 A map provided by Dobson Fiber shows the company's main fiber routes throughout portions of Texas, Arkansas, and Oklahoma.

Submitted photoRepresentatives from Dobson Fiber and city of McAlester officals pose during a groundbreking ceremony after Dobson annoucned their plans to expand their fiber internet to McAlester.

A map provided by Dobson Fiber shows the company's main fiber routes throughout portions of Texas, Arkansas, and Oklahoma.

Oklahoma City-based Dobson Fiber announced plans in June plans to expand fiber internet for residents living in McAlester as part of the company’s overall investment across the state.

The company said the expansion is a part of a $700 million investment with iCON Infrastructure to deploy fiber internet services to communities in Oklahoma, Arkansas, and Texas.

“The strategic partnership will support Dobson Fiber in its continued mission to provide fast, reliable and local fiber-based internet services to underserved communities,” the company said in a February press release announcing the expansion.

The company offers residential services in Newalla, Waurika, Weatherford, Panama, in Oklahoma along with Booneville, Ozark, and Lavaca in Arkansas.

“Throughout our state network, we have 4,900 route miles of fiber,” Clark said. “When we pick a community, we will tap into the backbone that we already have and build to the majority of residences in that community.”

Clark said the installation of the fiber network in McAlester will happen in “zones.”

“We will pick what portion of the city, usually its near where out backbone is, and we will start there, and we will go in whatever direction and go zone by zone. As soon as that zone has been completed, we turn it on for service so that people can start getting installed.”

Clark said the exact timing of when installs will be available depends on what part of the city a customer lives.

People who are interested in service from Dobson can go online to www.dobson.net and register their address to receive updates throughout the process and eventually when an install can be requested.

The spokeswoman said that the company will first rely on infrastructure the company is currently using to provide business customers, and from there will decide if new construction of the network will be underground or on existing telephone and electric poles.

“Depending on the area of town and all the different permits needed, that determines if its going to be aerial or underground.”

The company says that the 10-gig plan is the “fastest home internet in America.”

Clark said the company had heard many questions regarding the 10-gig plane and why would somebody need that much speed.

“What we tell people is that we are looking towards the future, so we’re building the network to have up to 10-gig capacity for residential speeds,” Clark said. “You may not need it today but five years ago we didn’t know that we needed 1-gigabyte. We’re trying to look ahead and be progressive.”

Clark also said fiber internet offers speeds that are symmetrical, meaning the download and upload speeds will be the same. The company also gives unlimited data.

“If you’re a high-end user on data, we’re not going to cap your data,” Clark said. “Its unlimited, you get what you pay for.”

Clark said the company boasts a 99.999% reliability rate for their service and said the only times the services has gone down is because of an accidental fiber line cut.

“Unless it’s an outage we have no control over, we’re very quick to get the repair done and get everyone back up and running,” Clark said.

The spokeswoman said she hopes people that make the switch to Dobson will see the difference of having a company based in the state.

“We’re Oklahoma based. We’ve been here in Oklahoma since 1936 in the telecommunication industry. Our customer call center and our technical support is out of Oklahoma.

We’re very proud of that.”