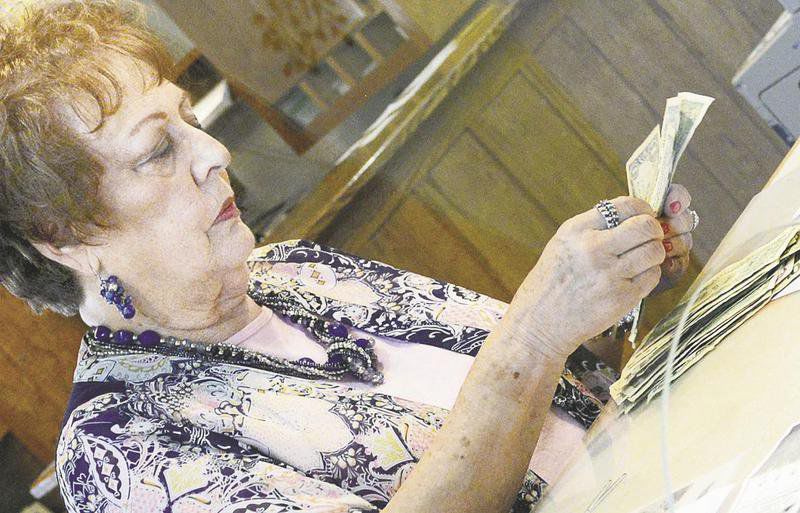 Former Hartshorne Mayor Caroline Trueblood resigned from her position following an investigation into the city of Hartshorne’s finances. 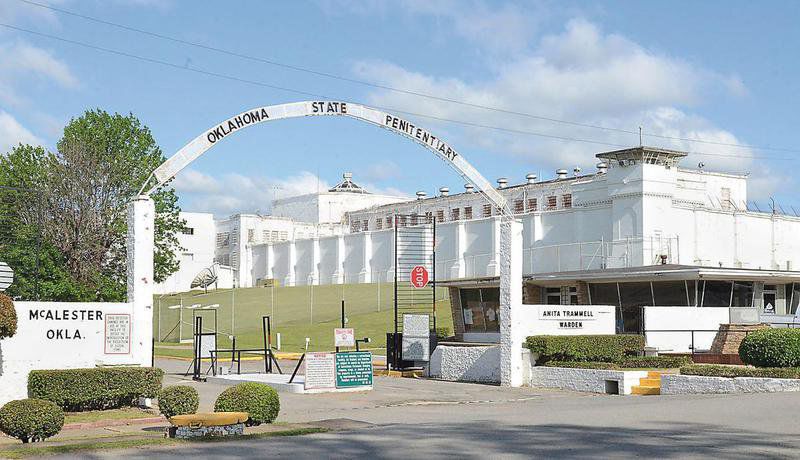 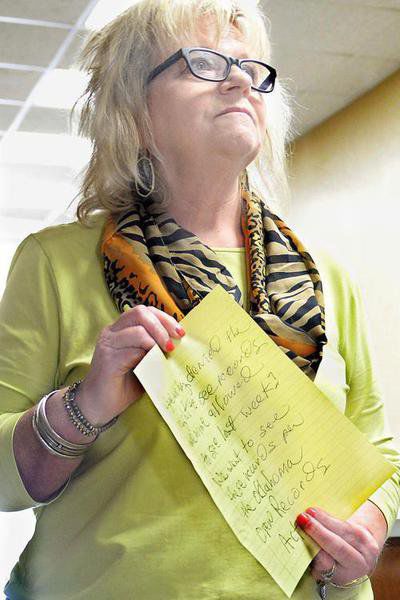 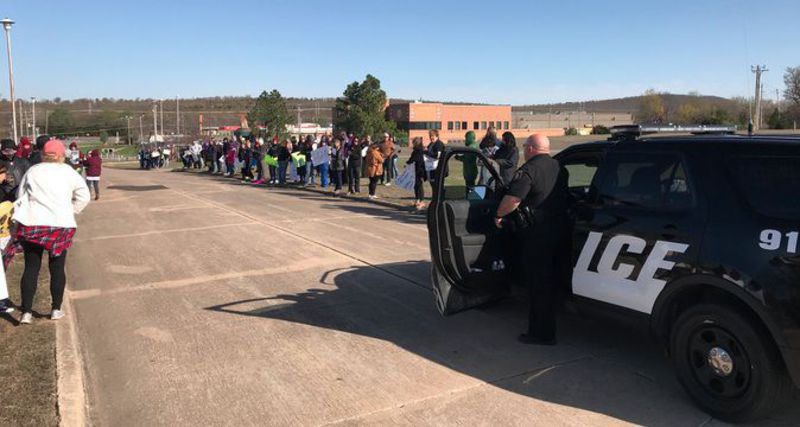 Hundreds of educators, students, support staff, and community members erupted with chants of "we want funding" as Gov. Mary Fallin rode past the group at the McAlester Regional Airport during the teacher walkout in 2018. 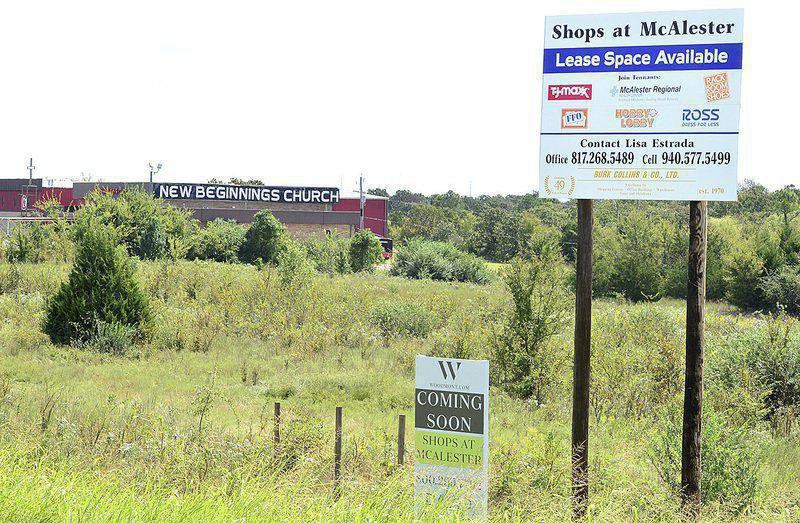 Groundbreaking for the Shops at McAlester was held in December 2019. 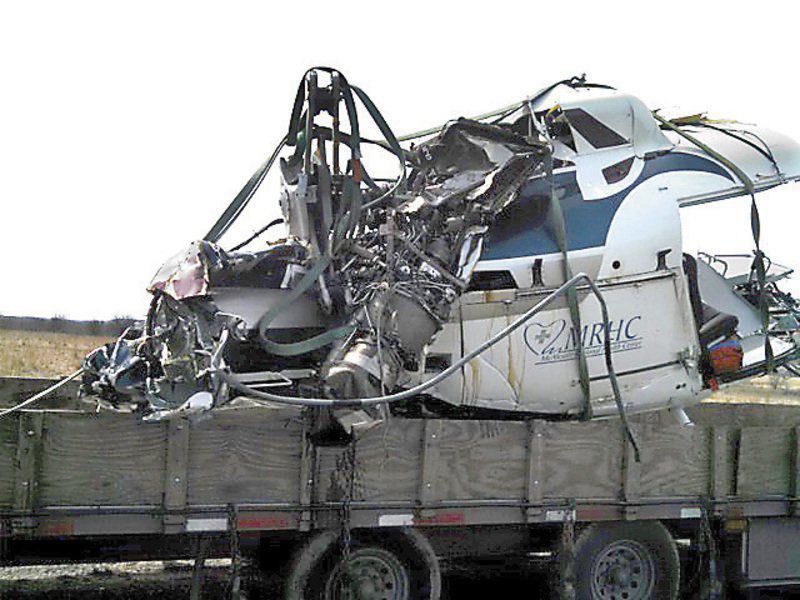 Two medical helicopters based in McAlester were involved in two deadly crashes. 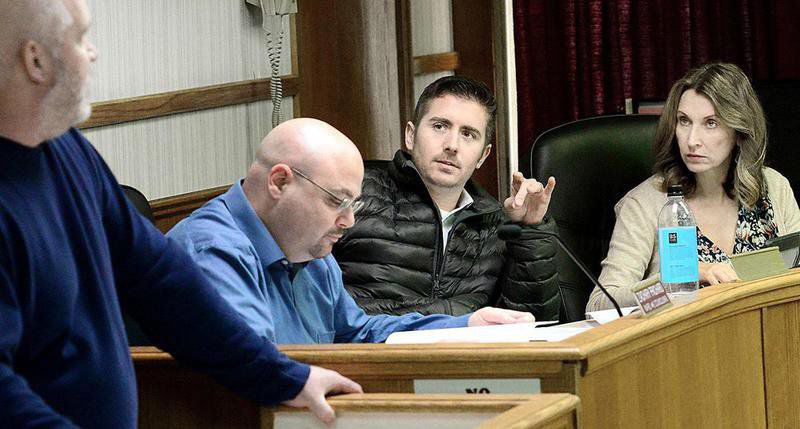 Members of the downtown TIF committee talk discuss issues with the plan during a meeting. 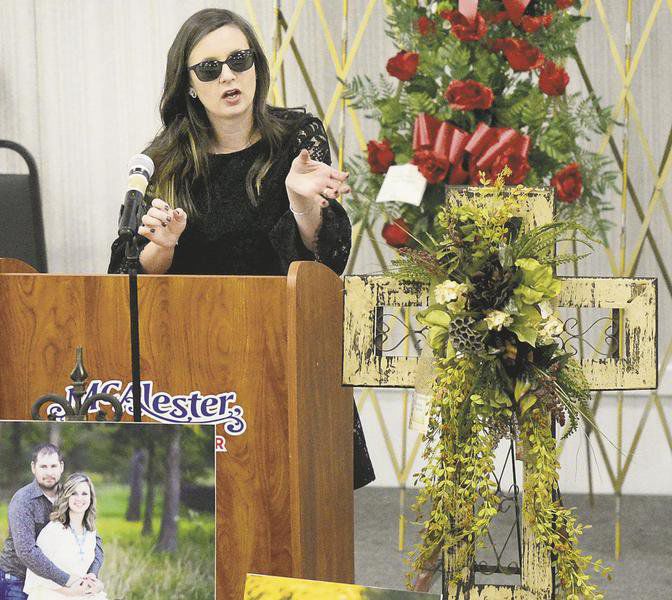 The family of Matt Smith held a funeral for Smith at the McAlester Expo Center. 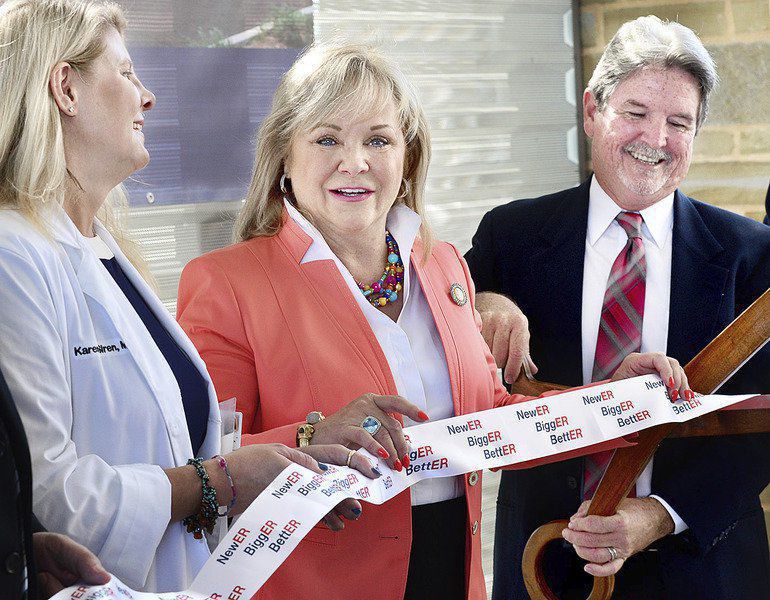 Former Hartshorne Mayor Caroline Trueblood resigned from her position following an investigation into the city of Hartshorne’s finances.

Hundreds of educators, students, support staff, and community members erupted with chants of "we want funding" as Gov. Mary Fallin rode past the group at the McAlester Regional Airport during the teacher walkout in 2018.

Groundbreaking for the Shops at McAlester was held in December 2019.

Two medical helicopters based in McAlester were involved in two deadly crashes.

Members of the downtown TIF committee talk discuss issues with the plan during a meeting.

The family of Matt Smith held a funeral for Smith at the McAlester Expo Center.

A state auditor said the city of Hartshorne suffered “probably one of the worst cases of embezzlement,” an investigation into McAlester Public Schools finances rose concerns, and economic development projects were among the stories of the decade.

The following are some of the top news stories from the past decade.

After Hartshorne City Councilor John Grove submitted an Oklahoma Open Records Act request for city credit card statements that went unfulfilled, the News-Capital obtained the records and reported on what appeared to be tens of thousands of dollars in personal spending using a credit card issued in the name of former City Clerk Dawn Dunkin.

The credit card records reported spending on the card increased 840 percent from 2012 through 2015, and through six months in 2016 the total spent was on pace to surpass the previous year.

Citizens of Hartshorne successfully petitioned for an audit of city finances by the office of the Oklahoma State Auditor and Inspector, and the FBI and Oklahoma State Bureau of Investigation opened investigations into the situation and here is what they found:

A forensic audit released in 2017 by State Auditor and Inspector Gary Jones’ office regarding the city of Hartshorne showed that “a possible” more than $1.7 million in utility revenue collected by the city was never deposited.

“It’s probably one of the worst cases of embezzlement on a city that we’ve seen — ever,” Jones told the News-Capital at the time.

An outline of the city of Hartshorne expenditures was included in the special investigative report conducted by State Auditor and Inspector Jones’ office showing drivers in Hartshorne dodged streets pocked with potholes and watched the uncut grass at Elmwood Cemetery grow high as weeds because some city officials in office at the time were allegedly spending the citizen’s tax dollars in other ways.

When the money from utility payments that was never deposited by former City Treasurer Shirley Day was added to money from court fines the audit report states was misappropriated during former City Clerk Dunkin’s watch — along with the amount of personal expenses the audit concludes Dunkin charged on the city of Hartshorne’s credit card — the total reached $1,823,424.06.

Charges have yet to be filed in the matter.

The McAlester News-Capital launched an investigation in 2015 into McAlester Public School finances and soon discovered some financial concerns. MPS later experienced a tumultuous fall that included the opening of an Oklahoma State Bureau of Investigation probe and the eventual suspension of its superintendent Dr. Marsha Gore — who was later fired by the school board — and her husband, plant operations director Joseph “Skip” Gore — who later resigned.

Marsha Gore eventually pleaded no contest in Pittsburg County District Court in 2016 to a misdemeanor charge of embezzlement and was ordered to pay MPS $84.63 in restitution. A second misdemeanor charge was dismissed against Gore after she pleaded to the first charge.

A felony embezzlement charge was dismissed against Skip Gore after he agreed to pay $601.05 in restitution to MPS.

A Tax Increment Financing District was created in 2018 for a project that called for Burk Collins Co. to pay for the upfront construction costs and to build a shopping center near 14th Street and U.S. Highway 69, with individual businesses either leasing or buying the buildings from Collins. Also, the Project Plan calls for Collins to pay for construction of a new traffic light on the highway at the Fourteenth Street intersection. Plans call for the center to be constructed on what is now partially-wooded land adjacent to Steak ‘n’ Shake.

In return, the city of McAlester and the Pittsburg County commissioners agreed for Collins to collect 90 percent of the city’s and county’s share of the sales taxes from businesses at the site for either five years or until $5.5 million is paid from the tax revenues. After one of those thresholds is obtained, both the city and county will then begin collecting 100 percent of their respective sales taxes from the businesses at the site.

Collins broke ground for the project in December 2019.

Discussions for the creation of a new TIF for the downtown McAlester area began in late 2018 into 2019. Proposals were for the money to be used for downtown infrastructure needs or be accessed by participating downtown businesses in the form of loans or grants. A new study for the proposal was made in September 2019.

Krebs Brewing Company expanded in 2016 from its production facility at Pete’s Place in Krebs to a 52,000 square foot facility at the Steven Taylor Industrial Park in McAlester. KBC produces Choc Beer and Prairie Artisan Ales beverages at both the Krebs and McAlester facilities.

In 2015, the Choctaw Nation of Oklahoma invested $12.7 million dollars to open a new community center, Head Start building, a food distribution center and a wellness center in McAlester.

The Oklahoma Department of Transportation awarded Koss Construction Company over $13 million dollars in 2016 to rebuild U.S. Highway 69 from just north of Peaceable Road to the bridge over Wade Watts Avenue. Traffic lights from Comanche Avenue and Peaceable Road were both taken out with the highway being widened. Service roads for the highway were also made one-way. Businesses along the highway blamed the project for closings and loss of profits and jobs.

Phase II of the highway project is expected to begin in 2020 with construction.

A federal agency ruled this year that the January 2018 explosion and well fire near Quinton that killed five men was completely preventable.

Five men, Matt Smith, 29, of McAlester; Parker Waldridge, 60, of Crescent; Roger Cunningham, 55, of Seminole; Cody Risk, 26, of Wellington, Colorado and Josh Ray, 35, of Fort Worth, died in the deadliest accident in the oil and gas industry since 11 people died in the 2010 explosion at the Deepwater Horizon offshore drilling in the Gulf of Mexico.

The U.S. Chemical Safety and Hazard Investigation Board released its investigative findings in 2019 and ruled the explosion and fire was completely preventable.

A lawsuit from the five families against an oil and gas contractor is scheduled for the January 2020 trial docket in Pittsburg County District Court..

A lawsuit filed by Lockett’s family described the death chamber as “a bloody mess” after executioners failed to setup a viable intravenous line before blowing an artery. Lockett had been convicted of murdering a 19-year-old by burying her alive.

Executions in the state have been on hold since 2015 after the state was unable to obtain the drugs needed to make the lethal injection cocktail.

While many rural hospitals in Oklahoma have closed this decade, McAlester Regional Health Center has continued to expand.

MRHC opened an $11 million dollar emergency room department in 2018. The 24,000-square-foot facility is nearly six times the size of the previous emergency room and its 18 rooms nearly tripled its ER capacity.

Voters also approved in 2018 the building of a new cancer center on the MRHC campus. The hospital also expanded its coverage area with clinics in Eufaula and Idabel.

Tension grew as continued lack of education funding throughout the decade led to a statewide teacher walkout in 2018.

Thousands of Oklahoma educators — including teachers from local schools, support personnel and state employees — converged on the state Capitol advocating for improved funding.

The walkout lasted a total of nine days after legislators passed the largest pay raise to teachers in state history as well as a line item pay raise for support professional for the second time in history and $70 million dollars in recurring revenue for classrooms.

Two medical helicopters operated by EagleMed and based at the McAlester Regional Health Center were involved in in two separate deadly crashes.

In 2013, an EagleMed Medical Helicopter from McAlester crashed at the Choctaw Nation Indian Hospital in Talihina, killing the patient and severely injuring a flight nurse.

A medial helicopter belonging to EagleMed coming back from Tulsa to McAlester crashed west of Lake Eufaula in 2015, killing Matt Mathews, the pilot.

State Question 780 reclassified simple drug possession from a felony to a misdemeanor and SQ 781 earmarked the savings from 780 to be used to provide substance abuse and mental health services.

In 2019, legislators passed House Bill 1269, making the provisions of 780 retroactive and causing an initial group of over 450 inmates to have their prison sentences commuted in November 2019.