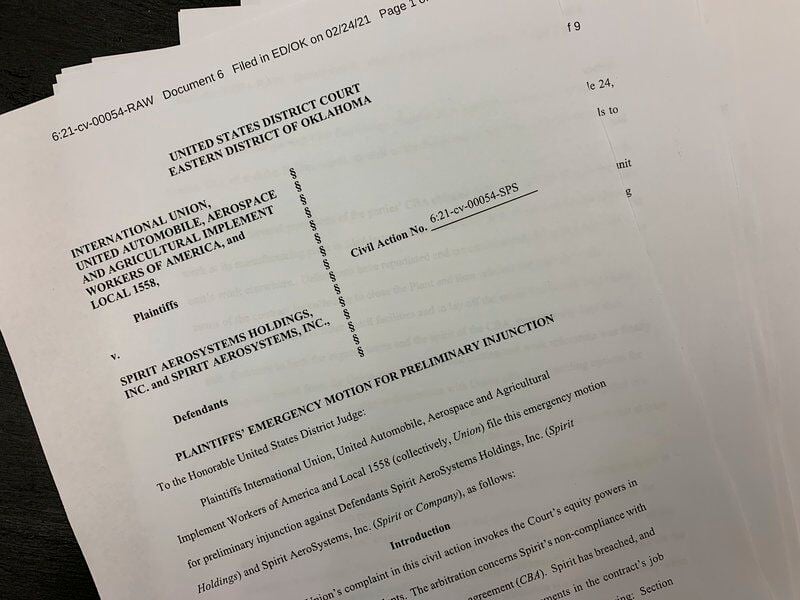 A federal judge has set a hearing date over an emergency motion for preliminary injunction filed by a local union against Spirit AeroSystems. 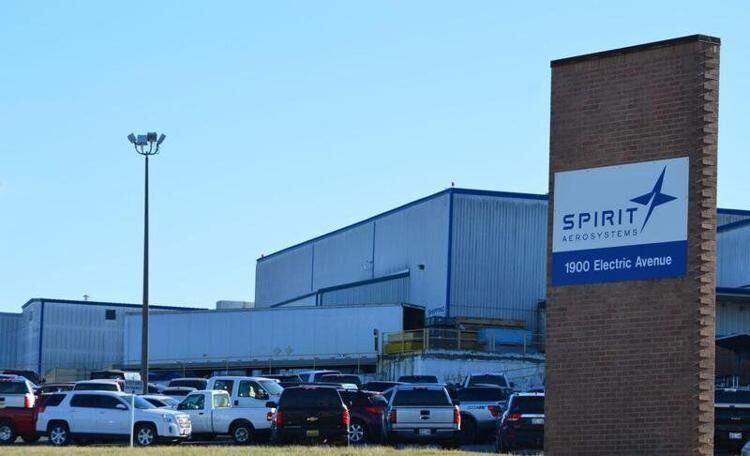 A federal judge has set a hearing date over an emergency motion for preliminary injunction filed by a local union against Spirit AeroSystems.

A federal judge set a date to hear arguments between a local union and representatives from Spirit AeroSystems on whether to grant an emergency motion for preliminary injunction.

The International Union, United Automobile, Aerospace and Agricultural Implement Workers of America along with the Local UAW 1558 is requesting the preliminary injunction to be granted to stop Spirit AeroSystems from violating a collective bargaining agreement and closing the McAlester plant.

United States District Judge Ronald A. White set the hearing for March 12 at 10:30 a.m. in Courtroom Two, Room 224 at the U.S. Courthouse located at Fifth Street and Okmulgee in Muskogee.

Spirit announced the closure of the McAlester plant in October 2020, citing the closure was due to the downturn of the commercial aviation market during the COVID-19 pandemic and the grounding of Boeing’s 737 MAX.

Court documents state 127 Spirit employees are in imminent danger of losing their jobs if the plant closes and states the company has refused to engage in discussions with union officials regarding options for maintaining workforce levels in McAlester.

The UAW also states in the filing that another 265 members of the union were already laid off from the plant with recall rights under the CBA.

“Defendants have repudiated and are continuously breaching material terms of the contract by colluding to close the plant and then relocated the entirety of the bargaining unit’s work to other Spirit facilities and to lay off the entire McAlester bargaining unit,” the nine-page court document states.

The UAW is also asking for expedited arbitration of a grievance filed by the local union and for the emergency injunction to remain in place while the arbitration takes place.

“The Union has brought this action seeking a preliminary injunction to maintain the status quo, prevent irreplaceable injury, and ensure that arbitration is a meaningful remedy when the labor dispute is presented to an arbitrator for determination,” court documents state.

An expedited hearing over the matter was also requested by the UAW with the union requesting Spirit to appear “and show why a preliminary injunction in this matter should not be granted.”