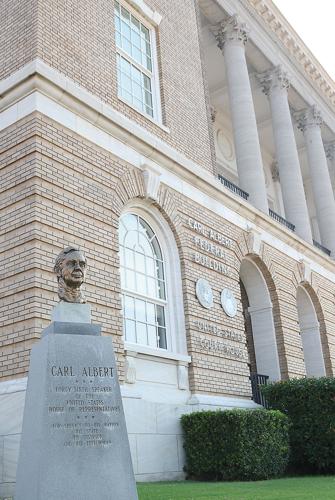 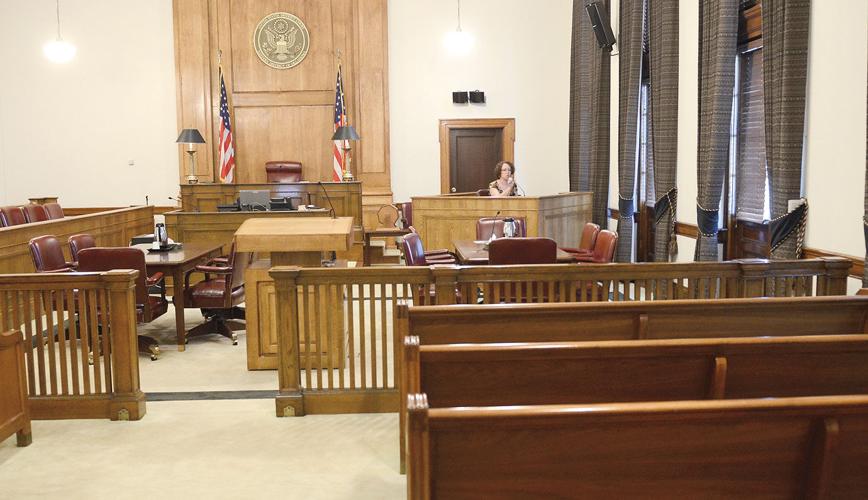 After more than 100 years, there will be no longer be a federal court presence in McAlester.

The last scheduled session of bankruptcy court for the U.S. Eastern District of Oklahoma took place Thursday in the Carl Albert Federal Building, at the corner of Third Street and Carl Albert Parkway in McAlester.

That’s the last scheduled federal court action of any kind in the facility, prior to its planned closing as a federal court satellite at the end of August.

Although it will no longer serve as a courthouse, the Carl Albert Federal Building is still a federal facility. However, only two entities, including the FBI and a credit union, are now housed in the facility.

It previously housed a number of federal offices, including U. S. Department of Agriculture offices, a Bureau of Indian Affairs office and the offices of former U.S. House Speaker Carl Albert.

“The Tenth Circuit Court of Appeals in Denver, in an effort to cut down on the cost of the courts, are closing satellite courthouse facilities,” Cornish said. He said the federal courthouse in McAlester is considered a satellite facility because it does not have court personnel at the site full time.

As a federal bankruptcy judge, Cornish and his staff have traveled to McAlester to use the federal courthouse here about six times a year.

“We came here once every two months,” Cornish said. During those visits, Cornish would typically hear motions on multiple bankruptcy cases.

The federal courthouse inside the Carl Albert Federal Building not only served individuals in the McAlester area, but also across much of southeastern Oklahoma.

William Mark Bonney, a federal court trustee, is among those who attended the last day of court at the federal building.

“It’s sad that we’re not going to be able to provide a more convenient place for the people of southeastern Oklahoma to come,” Bonney said. “I’ve been a bankruptcy judge for 23 years and one of the first things I did was to come to McAlester for a creditors’ meeting.”

Bonney said it’s important to him for the courts to be accessible to the people.

“For example, people coming from Idabel and having to go to Okmulgee instead of McAlester makes access to the courts almost impossible,” he said.

Bonney said there have been fewer bankruptcy filings in recent times from Idabel and he doesn’t think that’s because it’s a less-populated area. Sometimes poor people don’t have a vehicle they can count on to make a four-hour drive, he said. Although they may feel they may need to file for bankruptcy, they often don’t — simply because they can’t make it to bankruptcy court.

Meanwhile, Cornish is not the only member of his family to serve in the federal judiciary. His brother Richard “Whitey” Cornish, served a U.S. magistrate and has also seen action on the bench at the federal courthouse.

Richard Cornish said there has been a federal judicial presence in McAlester since the latter part of the 19th century.

Among those in McAlester for the last day of federal bankruptcy court were Tom Cornish’s judicial assistant Alexia Bible and automated support technician Cindi Howell. Both have been traveling to the federal courthouse in McAlester for years.

Tom Cornish indicated he would miss serving  at the federal courthouse in McAlester.

“I always enjoyed coming down here,” he said. “It’s my hometown and it’s convenient for the lawyers to come here.”